October 16, 2015 | 12:40am EDT
Native Americans at Brown held a demonstration and march Monday, urging the University to change the name of Fall Weekend to Indigenous People's Day.

Quote of the week:
"Terrorizing Indians into submission became as American as Apple Pie." — Tall Oak, citizen of the Wampanoag and Pequot nations, in "Native students demand University support"

The student group Native Americans at Brown organized a demonstration Monday to urge University administrators to change the name of Fall Weekend to “Indigenous People’s Day” and use the weekend to celebrate the history and culture of Native people at Brown and elsewhere. The event, which consisted of traditional songs and dances, speeches by citizens of local tribes and a march around campus that paused at President Paxson’s house, drew over 300 students and community members to the Main Green, where protesters also had the opportunity to sign NAB’s petition. Representatives from NAB called for Brown to increase support for Native students on campus in a number of ways, including creating a Native Studies department and institutionalizing recruitment of Native students.

THE BATTLE OF THE MED STUDENTS:

PLME also made headlines this week after a recent study led by University researchers comparing the success of PLME students to that of traditional Alpert Medical School students was published. While differences between the groups in terms of achievements were statistically significant, Paul George, associate professor of family medicine and medical science and the lead author of the study, said “the differences between the two groups were not meaningful in any way.” Because PLMEs have more flexible pre-med class schedules, the results of the study call into question the importance of strict undergrad pre-med requirements, causing pre-meds around the Hill to cross their fingers in hopes that Orgo will be struck from the curriculum. 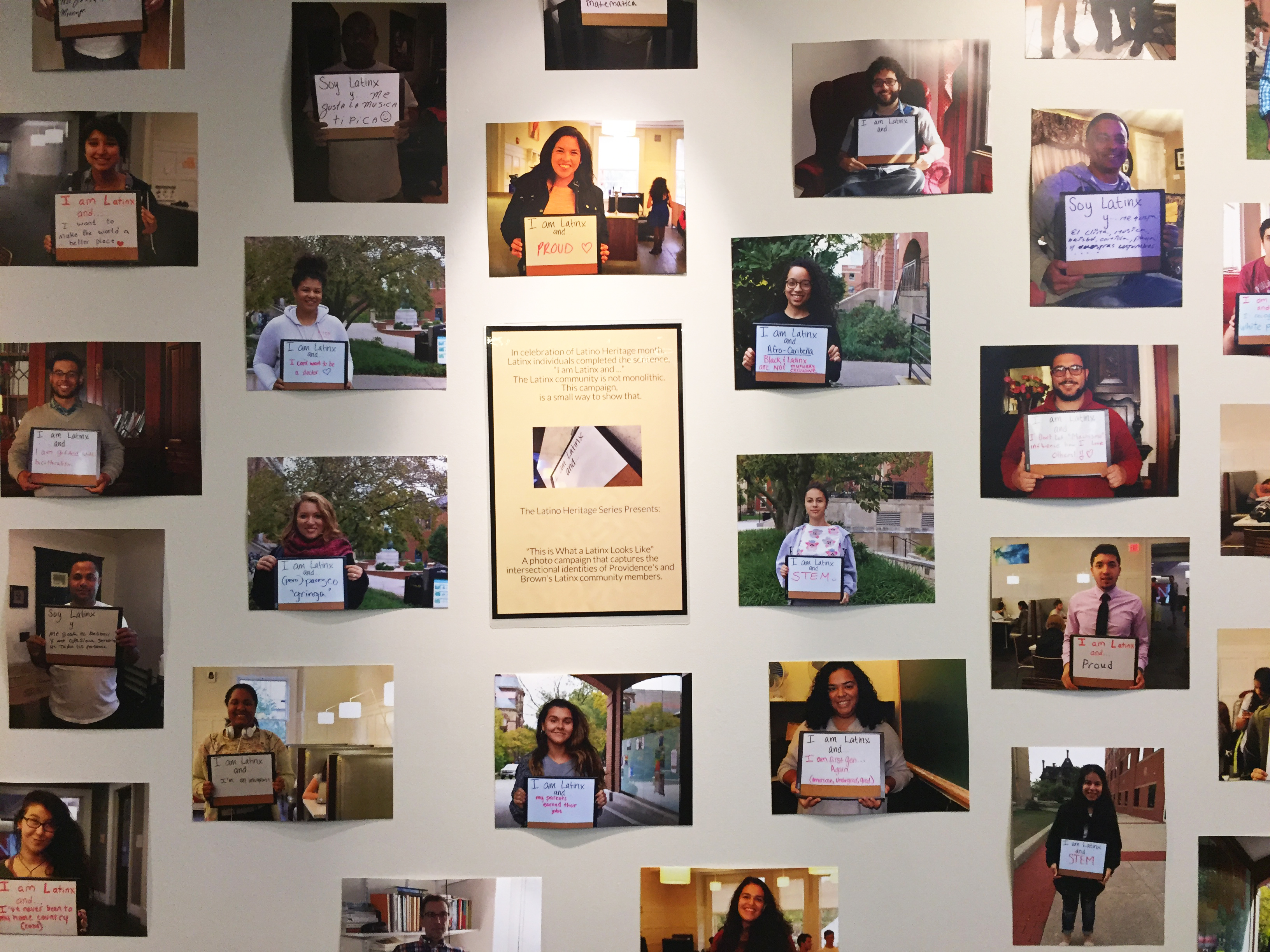 In celebration of Latino Heritage Month, a photo campaign of Latinx individuals is currently hanging in the downstairs lobby of the Stephen Robert ’62 Campus Center. Latinx — a gender-neutral term referring to those of Latin American decent — was launched by the Latino Heritage Series and aims to celebrate different types of diversity.

Brown’s arts programs are taking center stage this semester with plans for massive expansion on and around College Hill. Plans for a new on-campus performing arts venue are underway, while existing art spaces in desperate need of makeovers will be renovated soon. A six-year joint degree architecture program with RISD is also launching later this year, giving budding Frank Lloyd Wrights the opportunity to earn an AB from Brown and an MFA from RISD. And if all that isn’t exciting enough, there will also be a new arts program in Berlin through which students will be able to travel to Germany to learn about music, religion, architecture and politics. We only have one question: Is it a problem if the only German we know is “Wiener Schnitzel”?


Rhode Island’s trying to move to the cool kids’ table. In a move that feels a lot like when we suddenly started shopping at Abercrombie in sixth grade, the state has allocated $4.5 million to rebrand and boost tourism. The Ocean State has hired three firms to help bump up the state’s cool factor: Havas PR, Epic Decade and Milton Glaser, the campaigners behind “I Love New York.” While the PR companies will try to attract tourists and new businesses, they also aim to renew locals’ enthusiasm in the state. We can already hear TSwift’s next hit: “Welcome to Rhode Island.”

As if you weren’t already feeling unaccomplished when writing that resume, Michael Dell, CEO of Dell Inc. talked in Salomon last Friday about his rise to becoming a household name. Dell is one of many entrepreneurs who dropped out of college, and at the age of 27, he became the youngest CEO ever on the Fortune 500 list. He took the time to speak about the future of the tech industry, highlighting the need for businesses to constantly “evolve” and ask themselves, “How do we grow faster than the industry?” Dell also spoke about fearlessness and curiosity, saying: “You don’t actually learn anything while you’re succeeding. You learn a lot more when you fail.” Does that mean we don’t have to feel so bad about our CHEM 0330 grades?