Quote of the week:

"Choreography is the safest place to put information because the NSA can't touch it. National secrets would be safe if they were embedded in choreography."


MAYBE LAY OFF THOSE CHICKEN FINGERS:

Though some students prefer the “what we don’t know can’t hurt us” style of dieting, news that three V-Dub chicken fingers clock in at 430 calories might cause students to reexamine their lunch options. While Brown was ranked 19th on the Daily Meal’s “75 Best Colleges for Food in America” list, several students have voiced complaints about the quality and healthiness of food options. As Claire Detrick-Jules ’17 explained, “At Andrews Commons now during the weekends, they serve donuts, bacon and glazed toppings. It’s like they want us to get diabetes.” At least now we know the reason we gained so much weight when we lived on Pembroke freshman year.

RISD students proudly marched through 40-degree weather last weekend for RISD’s Sexual Health and Relationship Educators’ “Walk of No Shame.” Students wearing varying amounts of clothing brandished signs with statements like “I have sex for fun, and I have no shame” and walked around campus to promote sex positivity. Alexa Ko, a member of RISD’s Queer Student Association, noted how safe the group made her feel, saying, “I’m going to be way more comfortable after this with my body.” While some critiqued the group’s lack of distinction between a woman and a uterus-owner, the demonstrators received applause, waves and honks from cars throughout the walk. 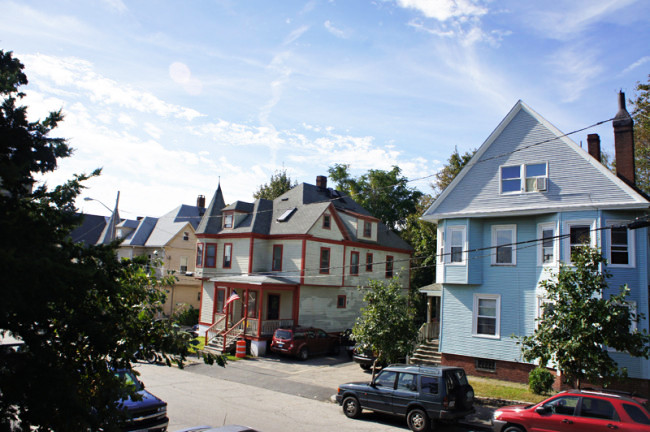 Alums from as far back as the 1970s gathered on College Hill for the Brown Association for Cooperative Housing’s 45th reunion Saturday, reminiscing about the group’s progressive beginnings and how Brown has changed in the past few decades.

Christopher George, a part-time contractor at Brown, was assaulted and robbed Oct. 25 near the intersection of Prospect and Meeting Streets. Two men, one of whom was wearing a Halloween skull mask, slashed George’s face with a knife before fleeing the scene in a dark-colored SUV. George was sent to Rhode Island Hospital with serious but “non-life-threatening” injuries.


The Providence Police shut down several blocks near Hope and Methyl Streets after racist and anti-Semitic flyers were found in 22 bags appearing to contain white rice. The bags have so far tested negatively for dangerous substances. While the flyers referenced the Ku Klux Klan, officials do not know whether the Klan was involved. Providence locals have banded together in the face of the hate crime. According to Marty Cooper, community relations director for the Jewish Alliance of Greater Rhode Island, the flyers have been “not thought of as anything but hate.”

Students wishing they were anywhere but Brown this midterm season rushed down to Benefit Street for the RISD Global Initiative’s third annual “Eat the World” event. The event featured  19 internationally themed booths representing countries from Haiti to Greece. Booths gave out homemade, traditional dishes including Puerto Rican pastelitos con carne, Indian vegetable curry, American alligator fritters and Kazakhstan samsy. Diverse performance groups like Gendo Taiko and Brown’s Alef Beats also performed for the hungry attendees. Now if you’ll excuse us, we’re going to have to lie down — the food coma is setting in.