Quote of the week: "While the number is small, and there’s a lot of difficulties that come with it, we’re loud." - Paige Stoermer ’16, in "Women, minorities face implicit biases in CS."

Campus was shaken yet again this week with reports that Geovanni Cuevas, a Dartmouth student and senior delegate to the Latinx Ivy League Conference, was assaulted by a Department of Public Safety officer. Cuevas said he confronted the officers because they were acting “inappropriately” with a Brown student attending a party at Machado House. According to Cuevas, the officers told him not to come back to Machado, but Cuevas’ host was a Machado resident. When Cuevas re-entered the dorm through a back entrance, an officer found him. “The next thing I know, when I enter the laundry room of Machado, I’m slammed against the wall and then thrown to the ground and told that I was going to be pepper sprayed. … I was also told that I was resisting, and I was obviously not.” President Paxson is investigating the situation and has vowed both to reschedule the conference with all costs covered and send an apology letter to the presidents of the delegates’ home institutions. She also took part in an open forum, where many students voiced frustrations about the administration’s lack of action regarding racist and white supremacist structures affecting people of color on campus. Many students noted how emotionally draining the forum was, with Justice Gaines ’16 saying, “You keep saying this shit, but you’re ignoring us. We’ve been screaming at you.” Paxson continued to take heat from students this week at her talk on racial health disparities, attended by around 200 undergrads, grad students and faculty members. In the talk, she addressed health and wealth disparities between races, concluding by saying that these problems will not be solved until “we dismantle structural barriers to economic and social opportunities” for people of color. Students took the Q&A after her lecture as an opportunity to ask questions and voice concerns about institutional racism — namely, issues with the cost of Brown’s health insurance and its contributions to racial health disparities on campus. The event ran 30 minutes longer than expected, and as it concluded, there were boos and shouts from the audience of, “Let black students speak!” Paxson released a working draft of the University’s Diversity Action plan Thursday night.

Junot Díaz — an MIT professor, Pulitzer Prize winner and MacArthur Fellow — came to Brown Nov. 14 to talk to students about social justice in academia. Díaz chose not to speak from the lectern, instead insisting that students lead the discussion in a Q&A format because of the “resurgence of student activism” on college campuses. Students asked Díaz a number of questions including how black women could reassert themselves as thinkers in the world of academia. Díaz called for students to remain honest about their privilege and said his main goal is to help students of color graduate. “You must recognize that we are in an educational system of deep scarcity. You survived growing up black, brown, yellow and indigenous. No one is more prepared.” 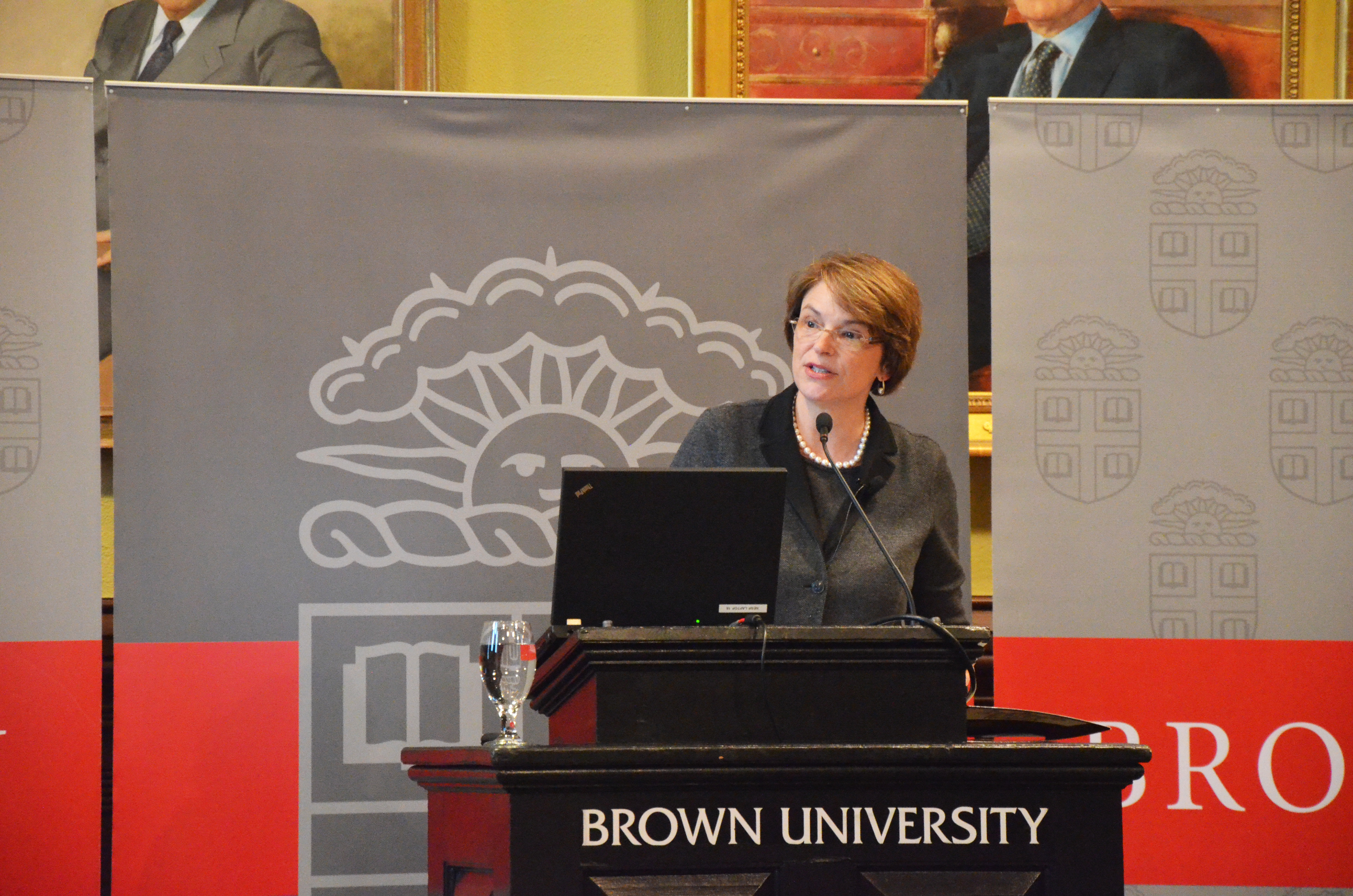 President Christina Paxson P’19 spoke to around 200 undergraduates, graduate students and faculty members on the determinants of health disparities along racial lines during a talk Monday afternoon in Sayles Hall.

Synergies and conflicts between clinical mental health treatment and faith-based treatment was the subject of the second article in The Herald’s “Mind the Gaps” series about mental health at Brown. While some students turn to Counseling and Psychological Services for help battling mental health concerns, others rely on the Office of the Chaplains and Religious Life. According to Janet Cooper Nelson, University chaplain, the line between religious and clinical treatments is “pretty seamless.” But Cooper Nelson noted that she believed religion is not a replacement for medicine, saying, “Religion isn’t some capsule you can put in your mouth and instantly feel good. To me, that’s a very demeaning notion of God.” Yet counseling may sometimes be at odds with religious beliefs. According to Adrian Wood-Smith, associate University chaplain for the Muslim community, “Practicing students may feel that mental health professionals, without a background or knowledge of the traditions of the religion, are deconstructing their personal faith.”

LOCKE AND LOAD AT THE WATSON:

Since now-Provost Richard Locke arrived as director of the Watson Institute in 2013, it has gained 13 new faculty members, established postdoctoral and faculty fellows programs, integrated with the Taubman Center and increased its endowment by $30 million. Locke started his revamp of the Watson by making weekly visits to campus before taking on his post with the ultimate goal of getting “Watson back on the map because it wasn’t on the map at all.” According to Stephen Kinzer, senior fellow in international and public affairs, “Locke lit a fire under this place. This is the most exciting intellectual environment I have ever been in.” Edward Steinfield, professor of political science and China studies and director of the China Initiative, is set to take over as director Jan. 1.