According to Brown’s press release, investment firm Cambridge Associates reported mean returns of 35.6% and median returns of 34% achieved by other schools for FY21, The Herald previously reported. These averages place Brown among the top performers in endowment growth this year. The S&P 500, a stock index commonly used as a benchmark for U.S. stock performance, increased by 40.8%. Brown’s 51.5% returns exceeded these figures as well as the Investment Office’s internal benchmark prediction of 43.1%.

Brad Gibbs ’93, MA ’18, lecturer in the Department of Economics, attributed Brown’s success relative to its peer institutions to the work of the Investment Office. The endowment growth “is a real testament to the Investment Office in the context of challenging market conditions over the last few calendar years,” he wrote in an email to The Herald. “While last fiscal year’s returns are terrific, what I find particularly impressive is the consistently excellent relative returns generated over the past several years.”

“In addition to benefiting from the strong recovery in equity markets following the March 2020 pandemic-related market lows, the team’s private equity allocations delivered stellar returns, which speaks to both manager selection and rising valuations (and) a supportive environment for exits,” he added.

But Brown owes much of its endowment growth to broader market conditions, according to Ken Redd, senior director of research and policy analysis at the National Association of College and University Business Officers. “Endowment returns follow the financial markets, and as we saw, both U.S. and foreign stocks ... had huge gains” in FY21, he said. “Many endowments track indices like the S&P 500, so when those indices do well, we tend to see endowments (do) very well as well. The financial market conditions were very strong and very positive, and endowments, like all investors, have benefited from that.”

Generally, about half of endowment assets are in stocks and bonds, while the rest are in “alternative strategies” such as commodities, private equity, hedge funds or other asset classes. “When the stock market does well, those other assets tend to do even better,” Redd said. “What you’re seeing is that half of endowments’ assets (are) doing even better than the traditional (stocks and bonds), so you do see some institutions reporting numbers (that are) better than the stock market and are better than some other institutions as well.”

In Gibbs’ view, Brown’s returns can be credited to a combination of its own successes and broader market trends. “While the market backdrop was certainly supportive, Brown’s outperformance versus internal and external benchmarks speaks to making good decisions,” he wrote. “It is also important to note that Brown’s investment professionals, in addition to focusing on returns, are focused on managing risk and have to think carefully about portfolio concentration and correlation.”

Redd argued that this year’s endowment growth was a function of strong market performance above all else.  “Many institutions (and) endowments did really well. Across the board, universities, just like all investors, are benefiting from really, really strong financial markets, both on the public side and on the private or alternative side,” he said.

Harvard experienced returns of 33.6%, bringing the total value of its endowment to $53.2 billion, according to Harvard’s financial report for FY21. Harvard’s endowment contributed over $2 billion towards its operating budget, comprising 39%. According to the report, Harvard targets a payout rate between 5 and 5.5%, representing the amount of the endowment that is withdrawn and directed toward the operating budget. Its FY21 rate was 5.2%.

“Fiscal Year 2021 was an extraordinary year,” wrote Harvard Management Company CEO Narv Narvekar in the financial report. “Public and private markets both continued their strong performance, which allowed the endowment to not only increase its distribution to the University, but also continue to grow during this critical time when pandemic-related financial pressures challenge all of higher education.”

MIT saw earnings even greater than those of Brown: its returns of 55.5% brought its endowment to $27.4 billion, according to a statement. The $851 million of the endowment designated for university operations represent about 30% of its total operating budget. In response to the growth, MIT will increase its endowment payout rate by 30% beginning fiscal year 2023, according to the statement.

“We have strived to craft a carefully calibrated approach,” MIT’s Executive Vice President and Treasurer Glen Shor said of the investment strategy in the statement. “The steps we are taking balance today’s needs for meaningful investment in the Institute, while taking care to preserve our endowment for future generations of learners.”

Cornell’s endowment now sits at $10 billion after seeing returns of 41.9%, according to a Cornell news release. Though the release does not offer exact figures on the amount of money paid out of the endowment in FY21 or what percentage of the operating budget is made up of payouts, the annual payout rate is roughly 5%. This amount is below the New York state law maximum threshold of a 7% payout rate, as the release notes.

Cornell’s news release also cited a recent overhaul of investment and money management strategies as a reason for their sizable returns. “We’re beginning to very clearly see the fruits of those efforts,” said Cornell Chief Investment Officer Kenneth Miranda in the release. “We’ve got a lot more flexibility, we’ve gotten our cost structure down, controlled unfunded commitments and revamped our manager lineup. The portfolio is in a good place.”

Yale’s Chief Investment Officer Matt Mendelsohn emphasized a forward-looking approach to endowment management in the press release. “It was an extraordinary year for the endowment, which will benefit the Yale community now and for generations to come,” he said. “While we are pleased with this gain, we define success over longer periods of time, measured by our ability to provide stable and growing support to the university so that it can carry out its mission.”

All five institutions have comparable payout rates, but because of the significantly larger endowments of Harvard, MIT, Cornell and Yale, these payouts make up a larger percentage of their respective operating budgets. According to Gibbs and Redd, Brown’s sizable returns derive from a combination of Brown’s well-chosen investments and the same market growth that propelled university endowment gains across the board. “Based on the numbers I’ve seen, there are only a small handful of schools such as MIT that have done better” than Brown, Gibbs wrote.

Regardless of the long-term trajectory of Brown’s endowment, the University will continue to benefit from this year’s growth, according to Gibbs. “As a result of the success of the ongoing capital campaign and the performance of the endowment, Brown is able to invest across a broad array of strategic initiatives and ensure the institution’s ability to fulfill its mission over the long term as well as weather future downturns,” he wrote.

“In addition to supporting Brown’s annual budget and broader strategic aims, I would expect that, over time, the University will consider reducing its payout so as to enable Brown to benefit from future compounding,” he added. “It is really important to understand that the endowment is not a checking account, but a savings account ... appreciation (and preservation) of capital will continue to pay future dividends in terms of supporting the University’s aims.” In other words, Gibbs expects Brown to remove less money from the endowment annually in the future so that more money remains to reinvest.

Redd explained that since he views this year’s remarkable endowment growth as anomalous, he does not expect universities to substantially alter their investment strategies in future years. “Endowments are long term investment vehicles; they’re not designed to react to one really good year (or) one really bad year,” he said. “We’ve seen endowments remain relatively stable, even during the worst of the COVID crisis.”

During the 2008-2009 recession, universities largely did not change their investment management strategy despite losses ranging from 30 to 40%. “This year, many are up by that much ... and the reaction (has been to) stay the course (and) not make radical changes in investment policy,” he added. “Because endowments have more dollars to spend, I think you’ll see schools spend more dollars. Rates (of payout) will probably remain relatively stable, but there’s just more dollars to be spent off of that (payout) percentage.”

Peter Swope is the senior editor of digital engagement for The Brown Daily Herald's 133rd Editorial Board. He previously served as a Sports section editor and has also written stories for University News. Peter is a junior from New Jersey studying history. 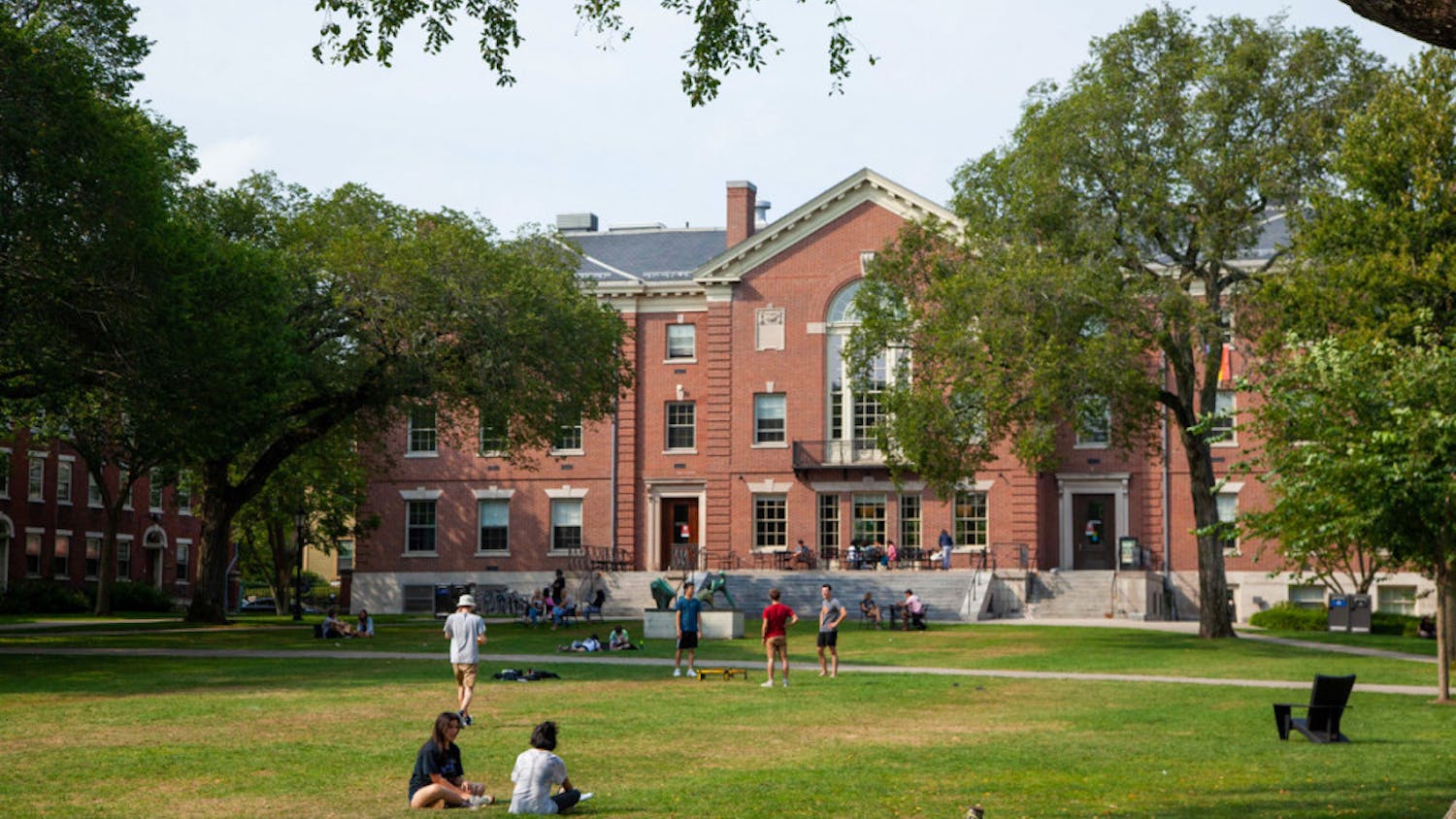 VP Carey reflects on fall semester amid COVID-19 so far, looks ahead to spring