The BrownTogether campaign, started in 2015, has raised $3.097 billion as of this month, surpassing its original goal to raise $3 billion by December 2022.

In light of this achievement, the University has decided to extend the fundraising campaign.

While the University has yet to “set out priorities for the extension, or even a timeline or amount,” these decisions will be set in “January or February,” President Christina Paxson P’19 said in an interview with The Herald.

Origins of the campaign

“The campaign was really built to enable the execution of the strategic plan,” Paxson said. “(We asked), what would it really take to do all of these things? What will we need in terms of fundraising, in terms of faculty, facilities ... all of the components that go into building in these different areas, and then that became the foundation for the campaign.”

“We began the campaign with an overarching goal of expanding Brown’s capacity to address important global issues and complex problems through collaborative research and scholarship,” Joan Wernig Sorensen, co-chair of the BrownTogether campaign, wrote in an email to The Herald.

In the past six years, the campaign has set forth priorities consistent with Brown’s strategic plan and added additional priorities to respond to fluctuating goals and global circumstances.

“The campaign has not been static,” Paxson said. “Building on Distinction is the core foundation, but new opportunities have come up that we’ve moved into.”

For instance, “initially public health was in the campaign, but as time went on, and especially as we came into COVID,”  the University recognized “that building a fantastic school of public health had to be one of our top priorities,” Paxson added.

“The true evolution of the campaign can be seen in the issues that have emerged as urgent concerns of both our community members and also a broader cross-section of society,” Wernig Sorensen wrote.

“Thinking back to early days when we actually set the goal of $3 billion ... there was a lot of discussion at the time about how ambitious it was and how it was going to be a long campaign,” Paxson said.

The University, advancement staff and co-chairs never anticipated that they would bring in as much as they did on a yearly basis.

“At the beginning of this campaign, the thought was that ... toward the end of the campaign, we’d raise about $300 million on a yearly basis, and we’ve been grazing over $400 million,” said Sergio Gonzalez, senior vice president of advancement.

“The response of the Brown community, not only to the University’s priorities but also to the broader idea that education can change the world, has been phenomenal,” Theresia Gouw, co-chair of the BrownTogether campaign, wrote in an email to The Herald.

According to Gonzalez, this achievement “demonstrates the affinity and the love of Brown that the Brown community has.”

Extending the campaign deadline can capitalize on the existing momentum, Paxson said, to complete the work yet to be done.

“We are early ... and there’s a lot of momentum and a lot of excitement,” Paxson said. “Even when you meet the goal, it doesn’t mean that you’ve met the goal in each area, some you’ve exceeded, some you’ve gone under. And so there’s still some very important work that we need to do from the campaign.”

“The continuation of BrownTogether provides an opportunity to further elevate essential support for focus areas that have been central to the campaign from the start, such as the importance of funding financial aid initiatives and more endowed professorships to help us recruit and retain the very best educators and scholars,” Ralph F. Rosenberg, co-chair of the BrownTogether campaign, wrote in an email to The Herald.

According to the BrownTogether website, these priorities follow the initiatives of the strategic plan, and their funding falls into four buckets of campaign goals: “Our People,” “Education and Research,” “Campus and Community” and Brown’s “Annual Fund.”

Around 90% of BrownTogether donations are “on-plan” — or in line with the priorities of Brown’s Strategic Plan, Paxson said.

One priority has been to increase financial aid and reach the Brown Promise goal of eliminating loans for financial aid packages.

“In the aid side ... we’ve generated about $347 million raised in financial aid funding, of which $110 million made the Brown Promise,” Gonzalez said.

While the priorities have not yet been set for the extended campaign, financial aid will likely continue to be a priority.

With respect to financial aid, “we’ve done well, we need to do more,” Paxson said. “We are very, very close to finalizing what we set out to raise for the Brown promise. ... I do want to finish that.”

“Furthermore, also under the bucket of ‘Our People,’ we’d set an initial goal of raising 123 endowed chairs. And the last I heard we were at about 113 or 115,” Paxson said. So endowed professorships will also likely be a continued priority throughout the new campaign deadline.

Throughout the campaign, the University has also raised money for athletics, COVID response and the annual fund.

“We’ve raised over $178 million for Brown athletics facilities and programs,” Gonzalez said, and “during COVID we raised approximately $25 million as part of this campaign for the President’s Response Fund and the Student Emergency Support Fund,” Gonzalez added.

According to Rosenberg, the campaign seeks “to grow participation and immediate-use giving through the Brown Annual Fund, continue sharing stories of the campaign’s impact on the University and beyond that help to inspire donors and further broaden our engagement with members of the Brown community and others outside of Brown.” 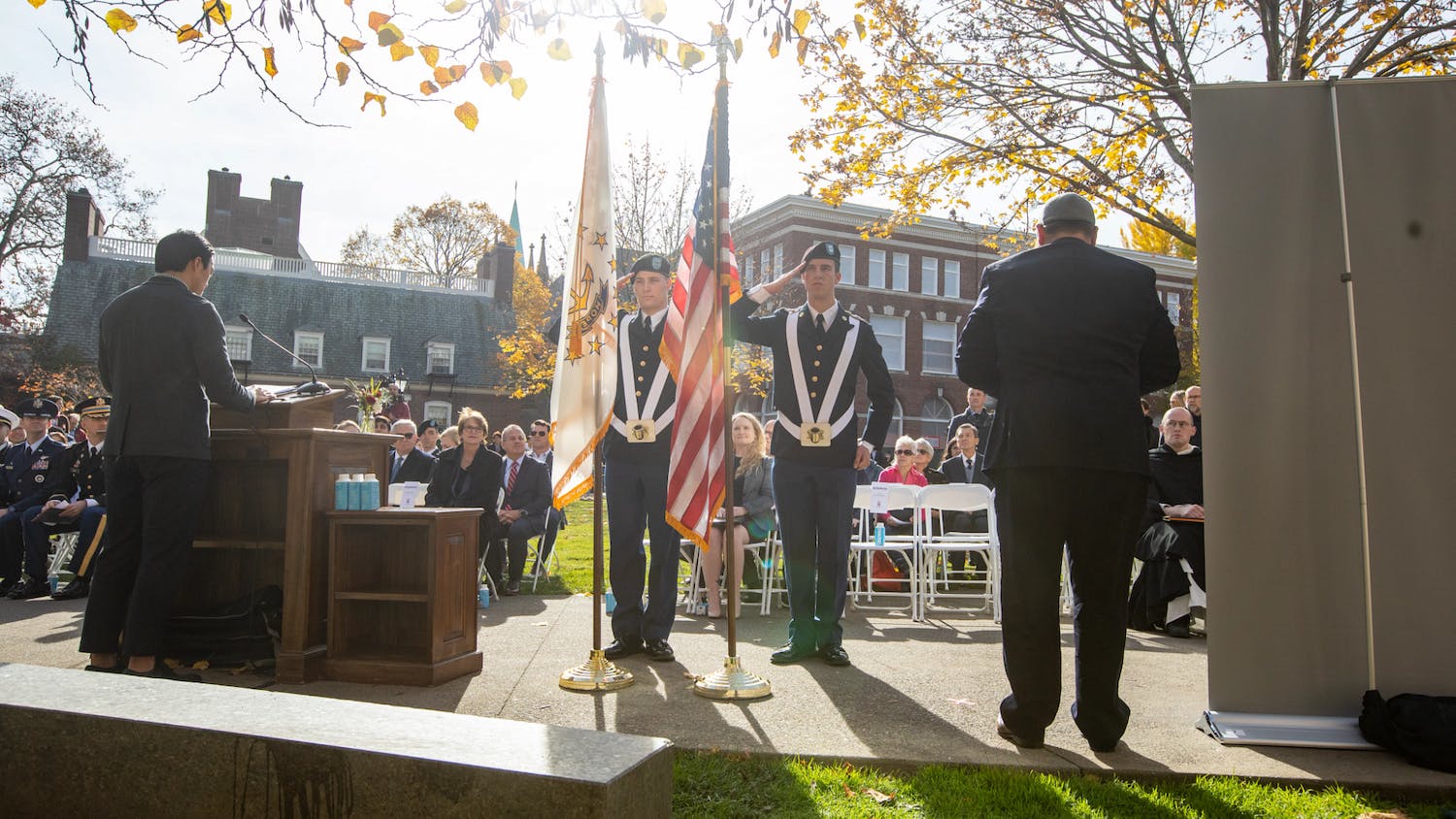