Dean of Admission Logan Powell spoke to the Undergraduate Council of Students about the admission process for legacy and first-generation applicants at the Council’s general body meeting Wednesday evening.

The forum follows a recent UCS resolution calling on the University to end preferential treatment of legacy students in its admissions process. The resolution was introduced to the general body last month by Chair of Academic Affairs Zoe Fuad ’23.5, who also serves as co-president of Students for Educational Equity, which is campaigning for the University to stop considering legacy status as a factor in the admissions process.

The resolution “calls upon the University to end legacy preferences for children of Brown alumni … disclose all information regarding the acceptance rates for legacy applicants … (and) fully disclose both the formal and informal benefits provided to legacy applicants,” according to the text of the resolution.

The University defines first-generation applicants as those whose parents did not complete a four-year college degree, according to Powell’s presentation. Legacy applicants are those with one or more parents who are alumni of the University.

“From what I’ve heard, there are three prevailing notions about legacy and first gen,” Powell began. First, there is a belief that admission is “zero-sum — that if you admit a student who happens to be a legacy … you can’t also admit a student who happens to be first-generation.” The second belief, he said, is that “the legacy students are somehow unqualified or under-qualified academically,” and third, that “legacy applicants are not racially diverse,” he said.

Of legacy students within the class of 2025, Powell noted that their average SAT score sits at 1520, as opposed to their overall class average of 1480. “There is this notion that we are really stretching … to take legacy applicants. That may be the case at other institutions, but it is clearly not the case at Brown,” he said. “I am not here to be defensive, I am only here to explain,” Powell added.

Legacy students have also become increasingly racially diverse along with the rest of the student body, Powell said. “There’s a narrative that students who might have a parent or two who went to Brown are inherently less diverse … That might have been true 40 or 50 years ago, but as Brown has become diverse, so have legacy applicants.”

Powell also sought to dispel the notion that legacy admits are advantaged over other groups in the University's admissions process. First-generation students, students from low-income or rural backgrounds, Reserve Officers' Training Corps scholarship students, military veterans, talented visual and performance artists, students from Providence public schools, children of University staff and students from historically underrepresented groups are all priorities in recruitment efforts by the Office of Admission, he added. “That said, no one is admitted because they are one thing, (but) for a whole host of reasons.”

Powell also offered stories of his own experiences as a first-generation college student. Raised in a trailer park by a single mother in Jacksonville, Florida, “my background entirely shaped what I do now,” he said. “Sometimes when you think of Brown administrators, they’re sort of this disembodied group of people you never see, who you never get a chance to talk to … But that’s not who I am,” he added.

Powell emphasized that his goal as an administrator is to “champion academic excellence” among students of all backgrounds. “It’s important for you to know that there is no policy at all that indicates that there should be any specific weight given to any applicant of any background in our process,” he said. Each application is reviewed individually by the officer designated to the applicant’s specific geographic region.

“You open an application, you see what’s in it and you move it in one direction or the other,” Powell said. “We don’t go into the process with SAT cutoffs, ACT cutoffs, GPA cutoffs or any sense of weights or measures that move students in a formulaic or mechanistic way.” This goes for all competitive applicants, whether they be first-generation, legacy or neither, he added.

“I think we have everything to be proud of,” Powell said. “I think we do a great job, as evidenced by all of you,” he added, gesturing to the packed meeting.

Fuad ended the meeting by presenting a link to a form for students interested in creating a student advisory committee on admissions.

“I thought (the event) was really productive,” said Niyanta Nepal ’25. “I think there’s a lot of work that still has to be done.”

“Creating a student admissions advisory board would be a great first step,” she added.

“Where we are right now is not where we want to be,” Powell said, regarding equity in University admissions. “Should we be proud of how far we have come? Yes. Should we be totally content with where we are? No.”

﻿Correction: A previous version of this story incorrectly stated that Niyanta Nepal was a UCS first year representative. The Herald regrets the error. 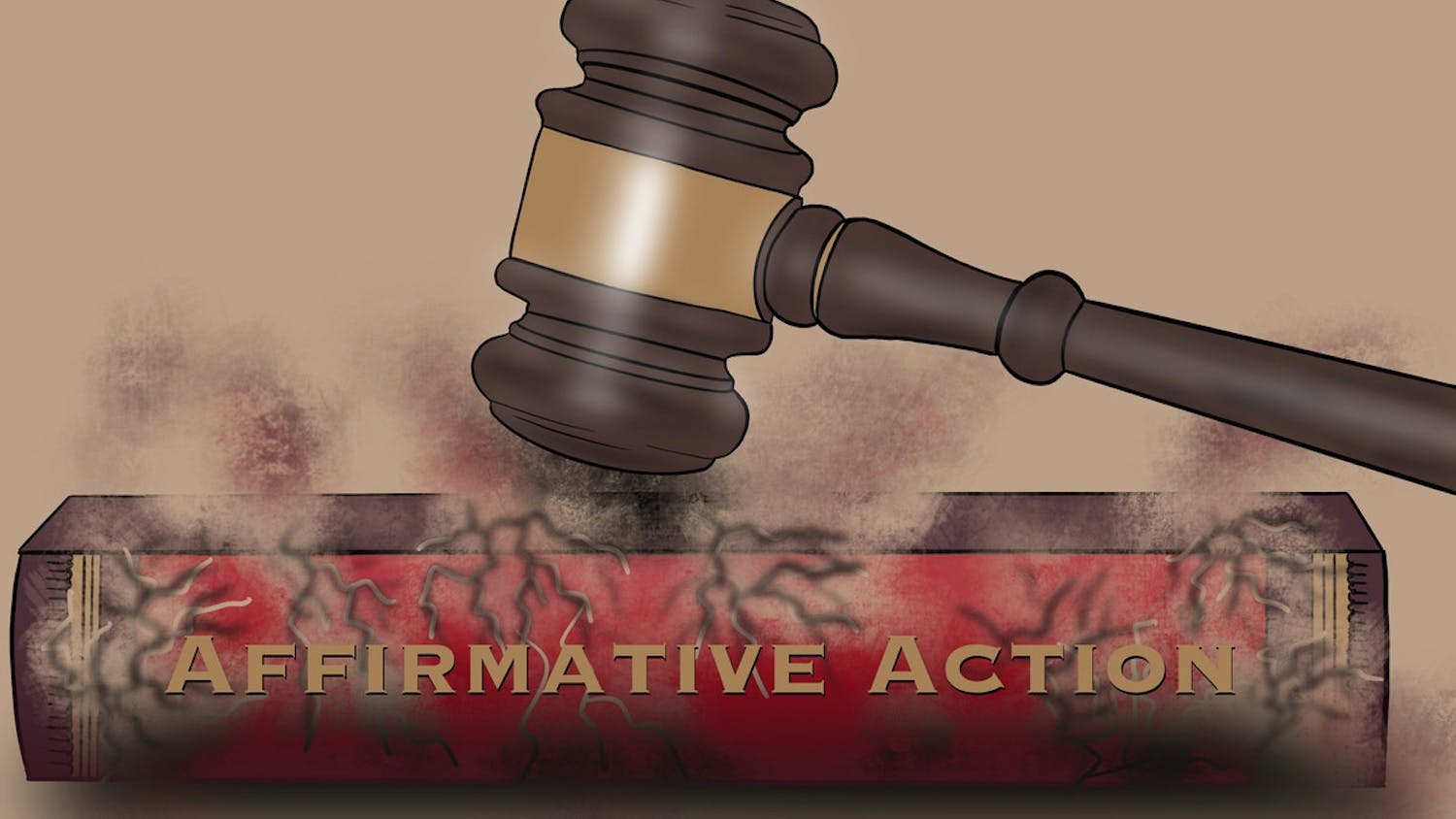