A group of healthcare workers have again asked a federal judge to block a Rhode Island Department of Health mandate that all healthcare workers be fully vaccinated, stating that the mandate does not include a religious exemption. The new challenge came on November 19, according to the Providence Journal.

The initial challenge from the healthcare workers, who are proceeding under pseudonyms, was initiated Sept. 24 then postponed on Oct. 21 following a similar case in Maine, where the vaccine mandate was upheld despite not including a religious exemption. The challenges in Rhode Island are based on the alleged use of “aborted fetal cell lines” in the development and production of COVID vaccines.

The vaccines do not contain fetal cells; however, fetal cell lines — cells grown in a laboratory using fetal cells — were used in “research and development of the vaccines, and during production of the Johnson and Johnson vaccine,” according to the University of Nebraska Medical Center.

Joseph Larisa, the attorney representing the plaintiffs in the case, said that if the state offers a medical exemption, it should offer a religious exemption as well.

Philip Chan, RIDOH consultant medical director and associate professor of medicine at the University, said that the exclusion of a religious exemption from the mandate was intentional. When vaccine mandates include a religious exemption, he said, “you do see a significant subset of people who claim” the exemption.

Including a religious exemption would lead to a significant impact on the number of people getting vaccinated, according to Chan. He cited vaccine numbers at the University of Rhode Island, which granted about 1,080 exemptions — roughly 7.6% of the undergraduate population, through a process which involved simply checking a box, according to the Providence Journal.

Amy Nunn, professor of behavioral and social sciences in the School of Public Health and professor of medicine in the Warren Alpert Medical School, said that religious opposition is “pretty specific to this issue,” and that religious exemptions have not come up as much for other vaccines.

“All of the major religions … have supported and endorsed the vaccine in general,” including the Pope, Chan said. “It seems that when people claim religious exemptions for the vaccine, they’re not doing it based on overarching religious beliefs, it’s just a personal decision.”

“It is a myth that all faith-based organizations are opposed to the vaccine,” Nunn said. “I’ve done a lot of work with Black pastors in the South, and they have been wonderful partners.”

Nunn said that Southern pastors and clergy members have been reliable partners in promoting the vaccine without much opposition. “It is important that we dispel the myth that this is something being propagated by all religious leaders,” she said. She added that Black communities have been hit particularly hard by the pandemic, so many Black pastors have been helpful in protecting their congregations by encouraging them to get vaccinated.

But Larisa said that the number of people claiming a religious exemption for personal reasons is both “irrelevant and speculative.” He argued that, under the First Amendment and Title VII, the state cannot claim that there would be too many religious exemptions while allowing medical exemptions.

Additionally, “it hasn’t been a problem anywhere else in the country,” Larisa said. “Every other state (except for New York and Maine) has medical and religious exemptions.” These states consider both religious and medical exemptions on a case by case basis, he said.

Linford Fisher, associate professor of history with a research background in religious history in America, said that historically it has been difficult to give exemptions based on religious freedom when balanced with public health concerns. In general, if courts have some overwhelming reason such as public health to not include a religious exemption, “public health has always won that debate,” he said.

Fisher added that throughout American history, various rights and liberties have been pitted against each other. Rights “are in relation to what other rights and freedoms are being undermined in the process. No freedoms are guaranteed when they come into contention with others,” he said. “In this case, the freedom of the public to be as free as they can from COVID outweighs the majority of individual claims.”

With respect to religious freedom, there is a distinction between personal claims and denominational claims to religious freedom, according to Fisher. “Historically speaking, courts have been more sympathetic if, for instance, a Muslim objects to a vaccine with pork products in it,” he said. “That is given much more weight than for somebody with no demonstrated history who comes out with a personal exemption.”

Fisher added that the claim that RIDOH is ignoring religious freedoms is a “reductionist understanding” of the issue. “Freedoms have always been in contention with each other. The United States can be 100% committed to religious freedom, but it always has limits. You can’t murder somebody and claim a religious exemption,” for example. While he said there are likely people who have legitimate religious claims to object to the vaccine, “the vast majority” are capitalizing on the value of religious freedom and using it for personal reasons.

It is not particularly uncommon for a vaccine mandate to exclude a religious exemption, according to Chan. For example, Connecticut recently removed the religious exemption for vaccine requirements for children in grade 12 and below.

Without a religious exemption, unvaccinated workers would likely undergo routine testing. But routine testing is not a substitute for being vaccinated, according to Nunn. “Vaccine is prevention. Testing isn’t prevention,” she said. “It’s already too late at that point, because you could have already spread it to other people.”

The vaccine mandate without a religious exemption may have a detrimental impact on the already existing shortage of healthcare workers, Larisa said. “We already have a nursing shortage because of COVID, and these same people who risk their lives are being told that they can’t choose to mask and test, like the people with medical exemptions, and they’re losing their job.”

In Rhode Island, when vaccination opened to healthcare workers in early 2021, there was a “dramatic decrease” in new cases of COVID-19, Chan said. Not only does a healthcare vaccine mandate protect the employee, he continued, it keeps them in work and prevents transmission to the vulnerable patients they are caring for. 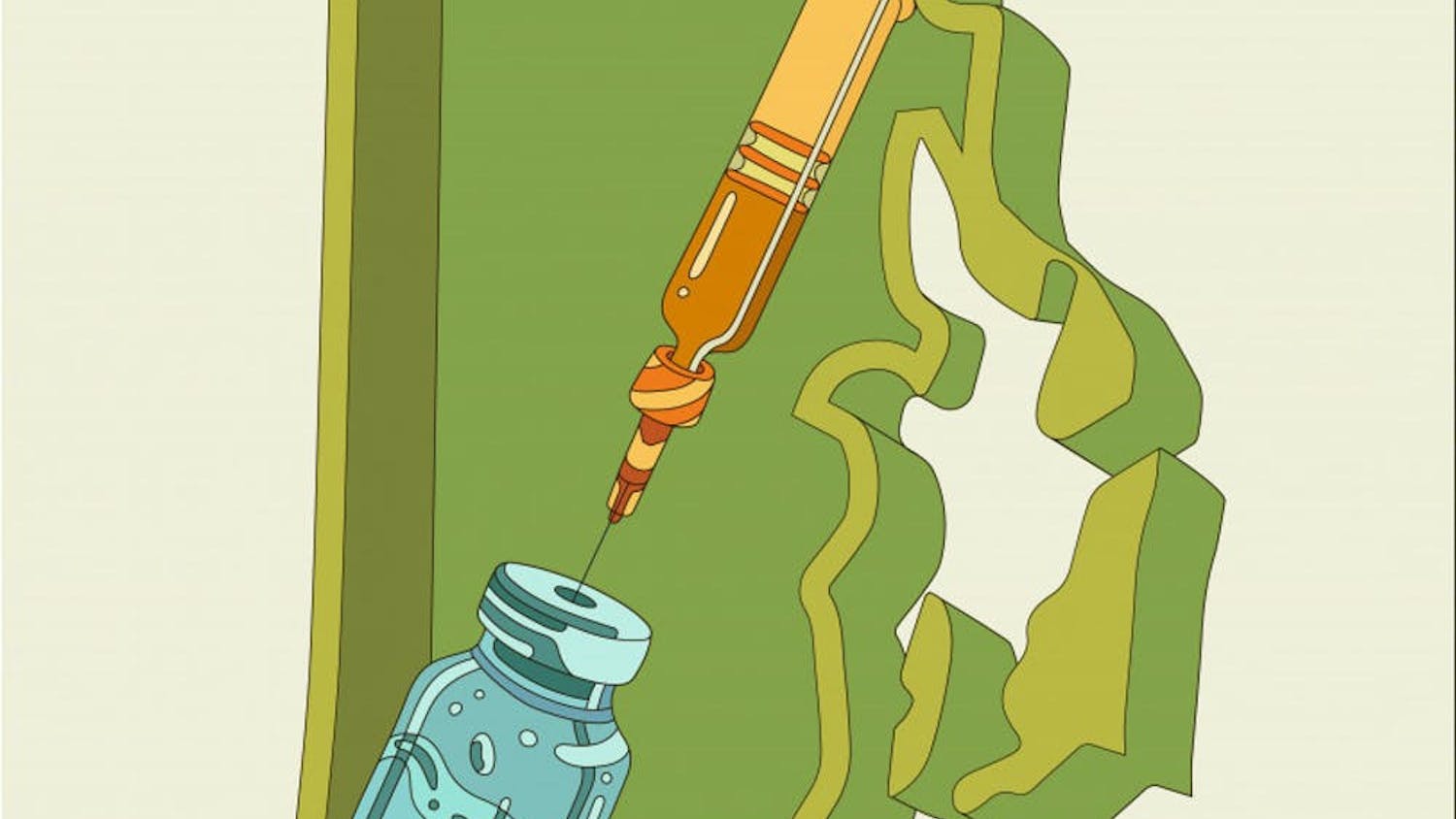 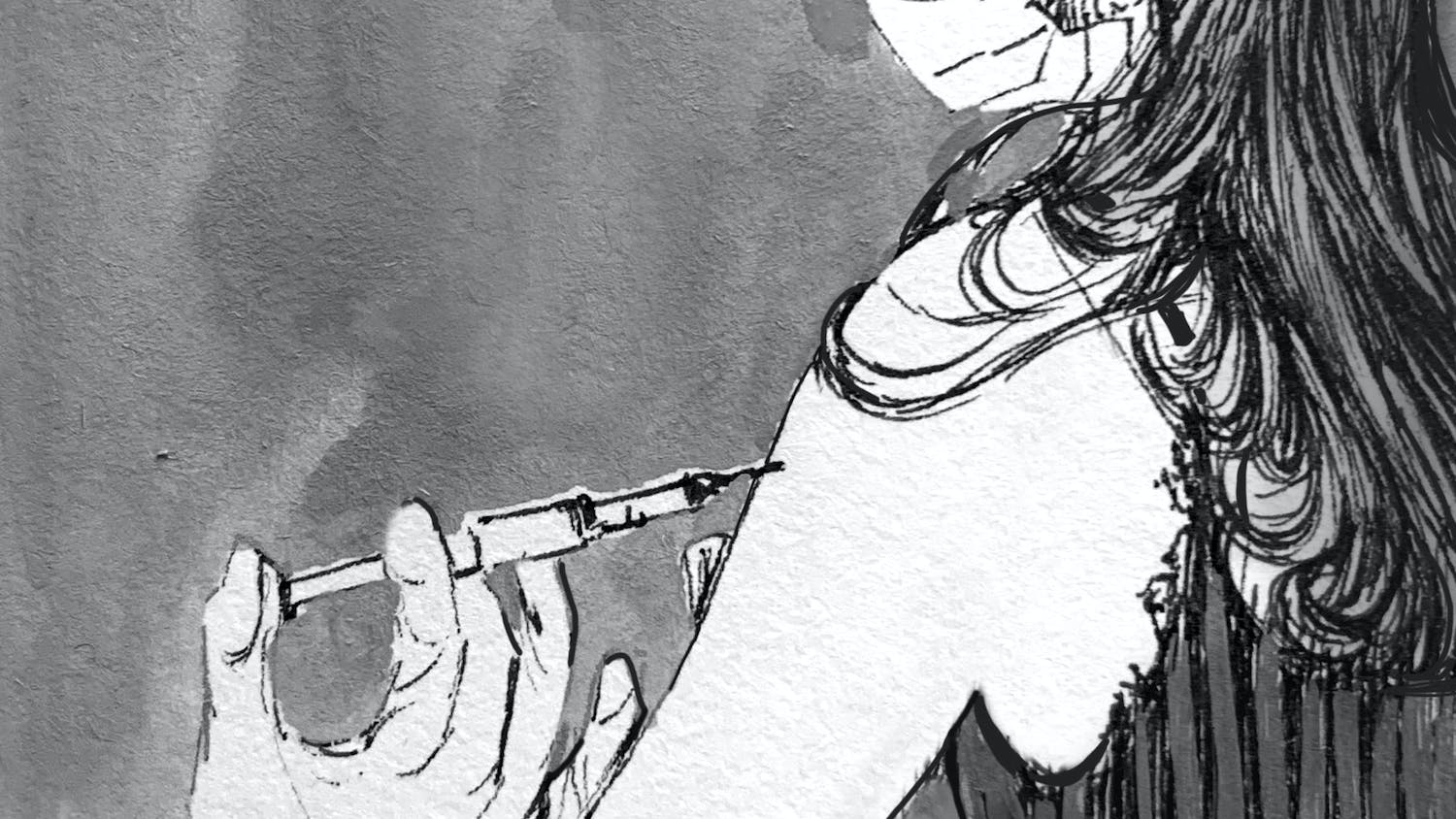