Stages of Freedom: understanding of the past, empowerment for the future

Stages of Freedom, located at 10 Westminster St., is a heritage museum filled with collections of donated books, historical artwork and other artifacts that are a part of the organization’s mission to promote African American history and empower youth of color. One primary program, Swim Empowerment, a swimming education program, is funded in part by the sale of items from the museum.

Ray Rickman and Robb Dimmick founded Stages of Freedom six years ago, building on their then-one-year-old Swim Empowerment program. According to Rickman, Black children are around five times more likely to drown than other children, a figure he is working to change.

“Stages of Freedom is a good example of giving back to the community and trying to enlist others to help in that effort,” said Mildred Nichols, a long-time participant in the organization’s events. Rickman and Dimmick are “adamant about making sure that Black history is properly recognized,” she said, recalling one of Rickman’s triumphs in having a street named for Christiana Bannister, a Black and Indigenous abolitionist and entrepreneur in Rhode Island, and her husband Edward Bannister. Nichols has supported Stages of Freedom since it’s creation, and her husband, the late Charles Nichols, was the head of Brown’s Afro-American Studies Program.

“I don’t even recall how I found out about (Stages of Freedom),” said Elisete Pina, whose child is a regular program participant. “I know that I’ve just been spreading the word … it’s like a hidden gem.”

Zoom manager and video editor Darius Henderson Jr. said working with the organization helped him gain connections and new knowledge. “(There are) a lot of really good people to talk to, and I learned a lot of history that I probably would not have known prior,” Henderson said. His involvement with the organization began in middle school when he participated in historical reenactments.

“It’s so easy to ignore or overlook, inadvertently or deliberately, history that is not the history of the dominant group in the state,” Nichols said.

Stages of Freedom offers swimming, cultural education and empowerment and civil rights programs in addition to a new tree-planting initiative.

Pina’s son has participated in the Swim Empowerment program twice and in the Bow Ties for Boys event for several years. Through Bow Ties for Boys, he was paired with a mentor who taught him how to tie a bow tie and held several conversations with him in the process. Pina shared that her son is autistic and struggles in “high contact conversations with others, especially adults.” When one of the mentors noticed that he seemed more reserved, he “actually got down on my son’s level, on his knees” to have a conversation, Pina said. “It was inviting for him … we knew that he had a connection with someone.”

Pina values the swimming program because of the skills it provides her son and the bonds he gets to form with other children going through the same experience. It is especially important for “inner-city kids that will probably never get a chance to not only go to a beach or pool but to learn (how to swim),” she said.

Pina also noted the importance of having her son meet mentors who work in a variety of fields. “He can see other people that look like him that have great careers,” she said. “He’s not limited.”

Beyond the pool, Stages of Freedom offers programming related to exhibits and museums. Rose Weaver, an actress and vocalist, recalled participating in an exhibit on the history of Black artists in Rhode Island where she presented her history as an artist, focusing on her time with the Trinity Repertory Company.

“They do education through the arts, and I’m a big one for that,” she said. “Wherever I’ve been, they’ve been a part of what I do and what I promote.”

Rickman and Dimmick have also worked to bring youth into museums and other spaces they may not know exist or think they are not allowed to enter, such as the Lippitt House Museum and the RISD Museum. “We hope that spaces throw their doors open wider,” Dimmick said.

According to Dimmick, some children visiting these spaces have expressed feeling incredibly uncomfortable — as if always watched by museum guards — and therefore miss out on the history displayed in these spaces.

Before the pandemic, Stages of Freedom organized about 10 events per year, including a Maya Angelou poetry reading, the Bowties for Boys program and a Girls Tea Party at the Lippitt House Mansion, according to Rickman.

When COVID-19 came, Stages of Freedom held Zoom events and meetings, which Henderson said helped expand their outreach beyond Providence, even reaching communities in New Hampshire and Detroit where Dimmick and Rickman are from, respectively.

Dimmick said that it was “exciting that we could still exist and be viable virtually,” with one particularly memorable event being a three day conference on Frederick Douglass and his presence in Rhode Island. This virtual event featured a keynote address by David W. Blight, author of “Frederick Douglass: Prophet of Freedom,” with over 1,000 attendees. The film adaptation of the book is set to be released next year.

Additionally, Stages of Freedom is growing its tree-planting initiative aimed at adding greenery to neighborhoods with lower-income communities of color in southwest Providence in hopes of improving the environment. The program is coordinated by Alexander Gim-Fain, who started working with Rickman during his campaign for State Senate and now helps with research and selling rare books, among other tasks in the organization. According to Rickman, the area in which the group hopes to work has only 12% tree coverage, compared to 65% in other parts of the city.

As for why the organization is undertaking this project, “racism is involved in almost every aspect of life,” Rickman said. “One side of town has trees and one doesn’t.”

Rickman also touched on the socioeconomic divides in the city, saying, “Providence is two cities. It might be three.”

A major challenge Rickman has faced is finding pool space for Swim Empowerment events, and he found it disappointing that despite asking the University four times to use the campus pool facility for one day of the year, he said, the opportunity was never granted.

In response, University Spokesperson Brian Clark wrote in an email to The Herald, “Brown’s decisions on requests by external organizations to use space on campus are guided by the factors outlined in our comprehensive "Use of Campus Space by External Third Parties" policy.

“In the case of this specific request, staff from the Office of Government and Community Relations corresponded extensively with Mr. Rickman about the possibility of using Brown facilities. Ultimately, the request for space appropriate for a community-based learn-to-swim program did not align with the space in our Aquatics Center — a pool that is 7 to 13 feet deep and designed and used for competitive swimming and diving.”

Clark also wrote that “Brown has worked to support Stages of Freedom on other initiatives at multiple points over the years.”

After the renaming of Magee Street to Bannister Street in honor of Edward Mitchell Bannister and Christiana Carteaux Bannister, “Brown assisted in closing down the street for an event celebrating the renaming and providing catering for the event and its guests at no charge,” Clark wrote.

“There are so many benefits for anyone who comes through these doors, especially for Brown students,” Dimmick said. “It connects you with the community you’re living in but haven’t really experienced.” 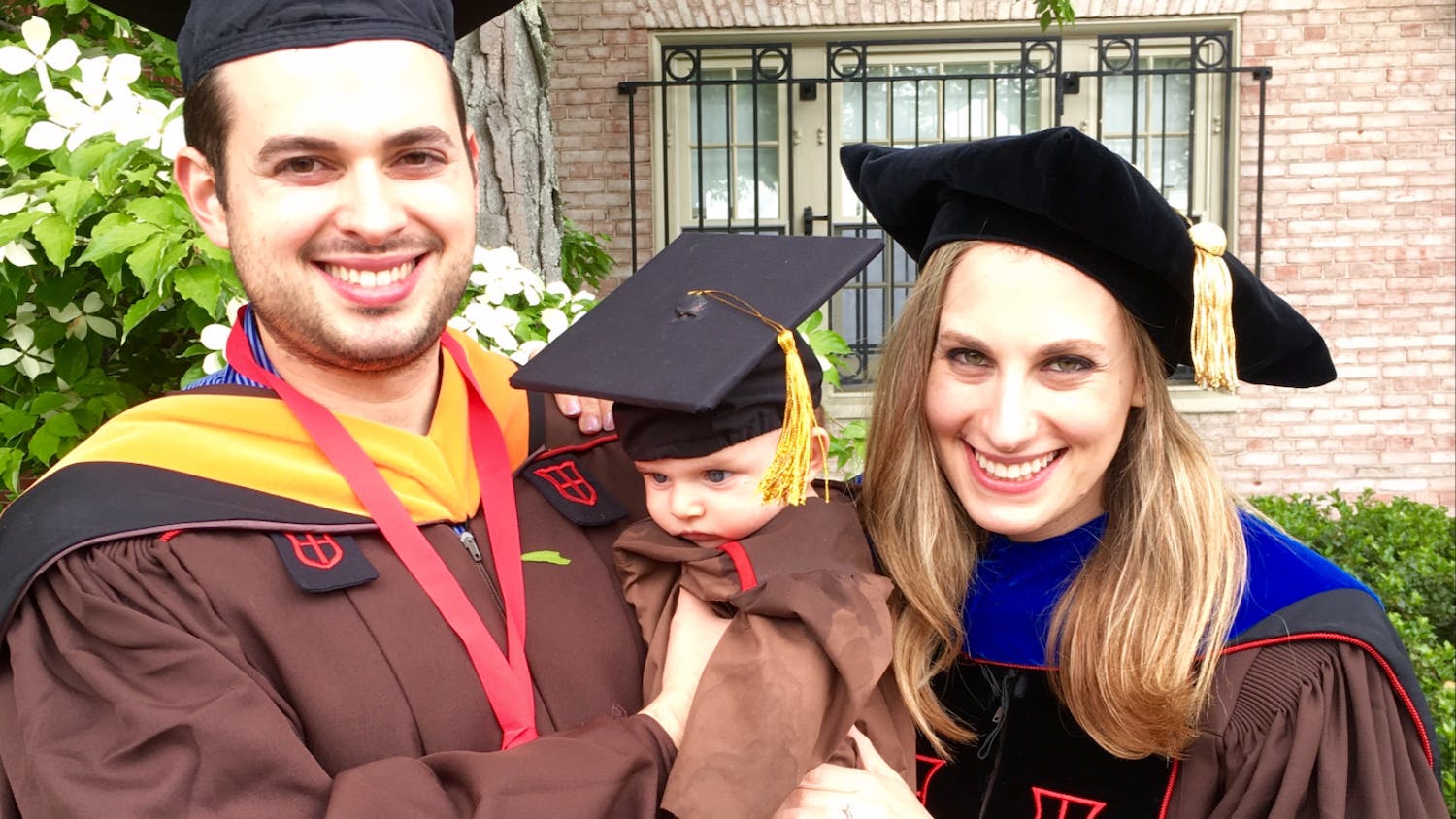 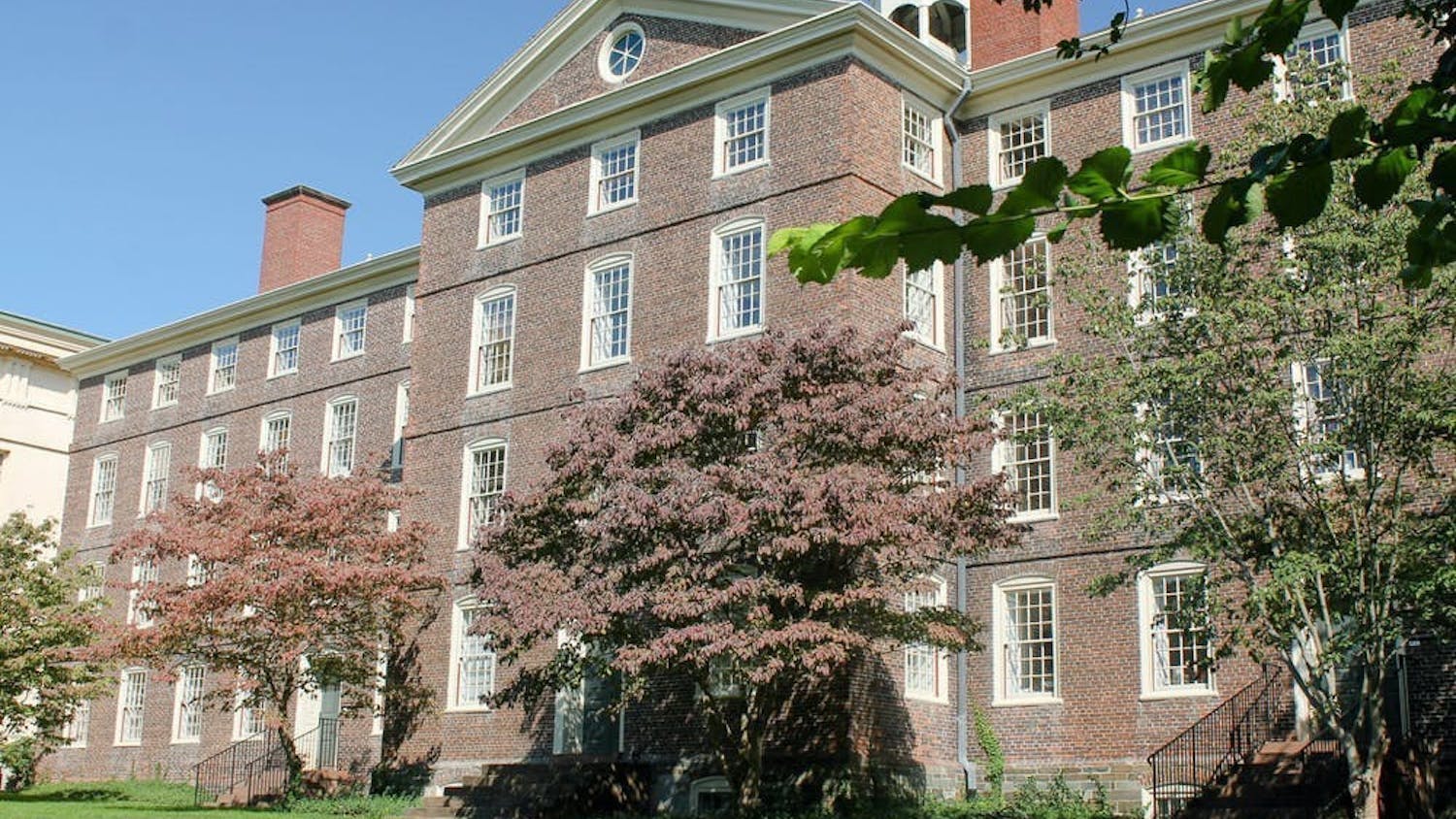