Students discuss challenges, concerns with having cars on campus

Despite living off campus since this past summer, Ray Huang ’23 has not had access to an overnight parking space for his car, instead leaving it parked on near-empty side streets around campus. This is by no means a perfect solution for his parking concerns, and this past summer he faced frequent ticketing from University parking enforcement whenever he tried to leave his car in spaces on campus restricted for overnight parking.

While he noted that it “seems fair enough” for the University to reserve spaces for faculty and staff members who need to park their cars on campus, Huang said the cost of accessing parking permits and the frequency of ticketing for parking violations on campus pose day-to-day challenges for students with cars at Brown.

Huang said that while many employees tend to park in University-reserved spaces during the day, those spots tend to be “empty at night.”

“I think the general opinion is that (if) the streets are empty,” it should “be easier to obtain a permit” for parking, or there should be looser enforcement of ticketing policies, he argued.

Parking facilities on campus are administered by the University’s Transportation and Brown Card Services, and are available for employees, emeriti and graduate and medical students, Beth Gentry, vice president for business and financial services, wrote in an email to The Herald. Spaces are then offered in “a limited number” to junior and senior undergraduates “when and where available,” but in gaining access to on-campus parking spaces, these students are prioritized below those with accessibility needs and commuter students with “special situations.”

Gentry wrote that through a parking lottery system, the University “has been able to offer approximately 50 parking spaces” to juniors and seniors living on campus, with the associated charges “processed through the student account.” Students living off campus are ineligible to receive 24 hour parking permission from the University.

But Gentry added that construction work on the Brook Street Residence Hall, which began last month, has displaced some of these parking spaces, making it more difficult for students seeking to park their cars on campus.

“As is the case in nearly every urban campus in the country, undergraduate student parking is extremely limited,” Gentry wrote. “The University encourages students not to bring their cars and to instead take advantage of the alternative transportation methods offered including the Brown University Shuttle program (and Rhode Island Public Transit Authority) services,” which are “free to the Brown community with the swipe of a Brown ID but paid for by Brown.”

Beyond this, Gentry wrote, “students can often rent spaces from local landlords” to park their cars, pay hourly rates through the visitor parking garage at 111 Power Street or, alternatively, utilize “Zipcar and electric bicycles and scooters” in the Providence area.

Lev Simon ’22, who grew up in Rhode Island, has had a car since his first year at Brown, and kept the vehicle parked at his parent’s home in the southern region of the state. While he said accessing the car was rather inconvenient, Simon said the pros of having a car outweighed the cons. “You could say I sort of got used to it,” he said.

When his family moved to a rural area in Massachusetts, Simon began renting a parking space off campus from a local homeowner. He added that the location was somewhat crowded, making him worried that he might cause damages to the homeowner’s vehicles or property when parking. Currently, Simon pays for a permit from the City of Providence to park his car on city streets overnight.

Despite the challenges of being unable to park his car on campus, Simon noted that having a car on campus has greatly enhanced his time at Brown. Having a car has “been very helpful just (for having) cool adventures as I bring my friends to my (hometown) in southern Rhode Island and sort of take them around the cool parts of the state,” Simon said. But it is also useful for “mundane things like getting groceries or transporting myself from one part of campus to another.”

In addition, Simon noted having a car has facilitated his travel during breaks. When going home to Massachusetts for Thanksgiving, his car is important in helping him access his family’s house, which is located in a rural part of the state that is “not a particularly accessible place by conventional mass-transit methods.”

“An unauthorized vehicle is, by definition, unauthorized to use parking spaces that are paid for by employees or students,” Gentry wrote. “Anyone, not just students, who violate Brown’s parking policies are subject to citations.”

Gentry explained that “a valid parking permit is required to park in any Brown University parking lot or garage,” and that violators of this policy receive tickets from parking officers hired by Transportation and Brown Card Services to patrol campus parking areas and “provide enforcement” from 8 a.m. to 5 p.m. on weekdays. On top of this, “there is also limited enforcement provided by Brown Public Safety in the evening and weekend hours,” she added.

For individuals who receive a parking violation from Brown, “they may appeal the associated fine within 10 days of the issuance of the citation,” she wrote.

Huang is currently in the process of appealing a ticket he received after parking near the construction site at the Brook Street Residence Hall, where he says signs advertising parking restrictions were put up after his car was already parking there, making him unable to see the restriction prior to receiving a ticket with a $100 fine.

Simon has received three parking tickets in his time at Brown and successfully appealed two of them. He felt his first ticket, received for parking in a restricted location on campus,  was “deserved.” In another incident, Simon was ticketed by the City of Providence despite paying for an off-campus parking permit. He appealed this ticket and was successful, and the City found that its system had not yet been updated to include his records at the time he received the ticket.

But Simon noted that, in “a moment of panic” after getting the ticket, he parked on Brown’s campus illegally because he was unsure whether his parking permit was legitimate. Simon received a ticket from University parking enforcement, but ultimately had his fee reduced by half after explaining his situation and confusion over whether he was legally permitted to park on city streets.

Students weigh in on parking regulations

“We do recognize that the possibility of enhancing our current parking options may exist,” Gentry noted, citing a “recent pilot program allowing some employees a remote or hybrid work schedule” that she hopes “will likely provide an opportunity for us to manage parking differently.”

In addition, Gentry said ongoing efforts from the University to collect input from community members regarding transportation on campus, including a Transportation Survey it piloted this semester, aim to “ensure (student) voices are heard.”

For Huang, increasing access to parking permits is a good place for the University to start as it works to make transportation more accessible to students, given that current permits are “insanely expensive.” According to Huang, these high costs make some students wary to even apply for a campus parking permit, having “found it more cost effective to just pay tickets” they receive from parking in restricted areas.

University parking permits for undergraduate commuter students and graduate and medical students cost $700 per academic year, while the City of Providence charges $200 for an overnight permit for cars registered outside of Providence.

Huang also noted that, despite the barriers students looking to park on campus face, sharing information with one another has made navigating regulations on campus somewhat easier.

“Students who have cars kind of talk and we know the streets that don’t get ticketed too often,” he said.

But for some community members, restrictions on parking for students seems necessary to promote a more sustainable future for Brown’s campus and beyond.

Chris Sarli ’22 does “advocacy work around transit, bicycle infrastructure (and) pedestrian infrastructure throughout the entire city and state.” Sarli said the University should increase restrictions for cars on campus, because “we as a society need to decrease our reliance on automobile usage” for reasons ranging from combating climate change to mitigating city infrastructure concerns, to more effectively using the land available across the city.

“I think that students shouldn’t have personal cars on campus,” he added. “For a lot of people, having a car on campus is a luxury and not anything close to a necessity,” and “it’s a luxury that we as a society can’t sustain.”

“I love my car,” Simon said. “It is incredibly convenient. Having it on campus has made my experience both in this year and in other years I have been at Brown demonstrably better.” But he acknowledged that demand for cars necessitates a commuter infrastructure that is not sustainable.

“The best thing for Brown to do,” he said, “would be to further limit parking on campus.”

Jack Walker served as senior editor of multimedia, social media and post- magazine for The Herald’s 132nd Editorial Board. Jack is an archaeology and literary arts concentrator from Thurmont, Maryland who previously covered the Grad School and staff and student labor beats. 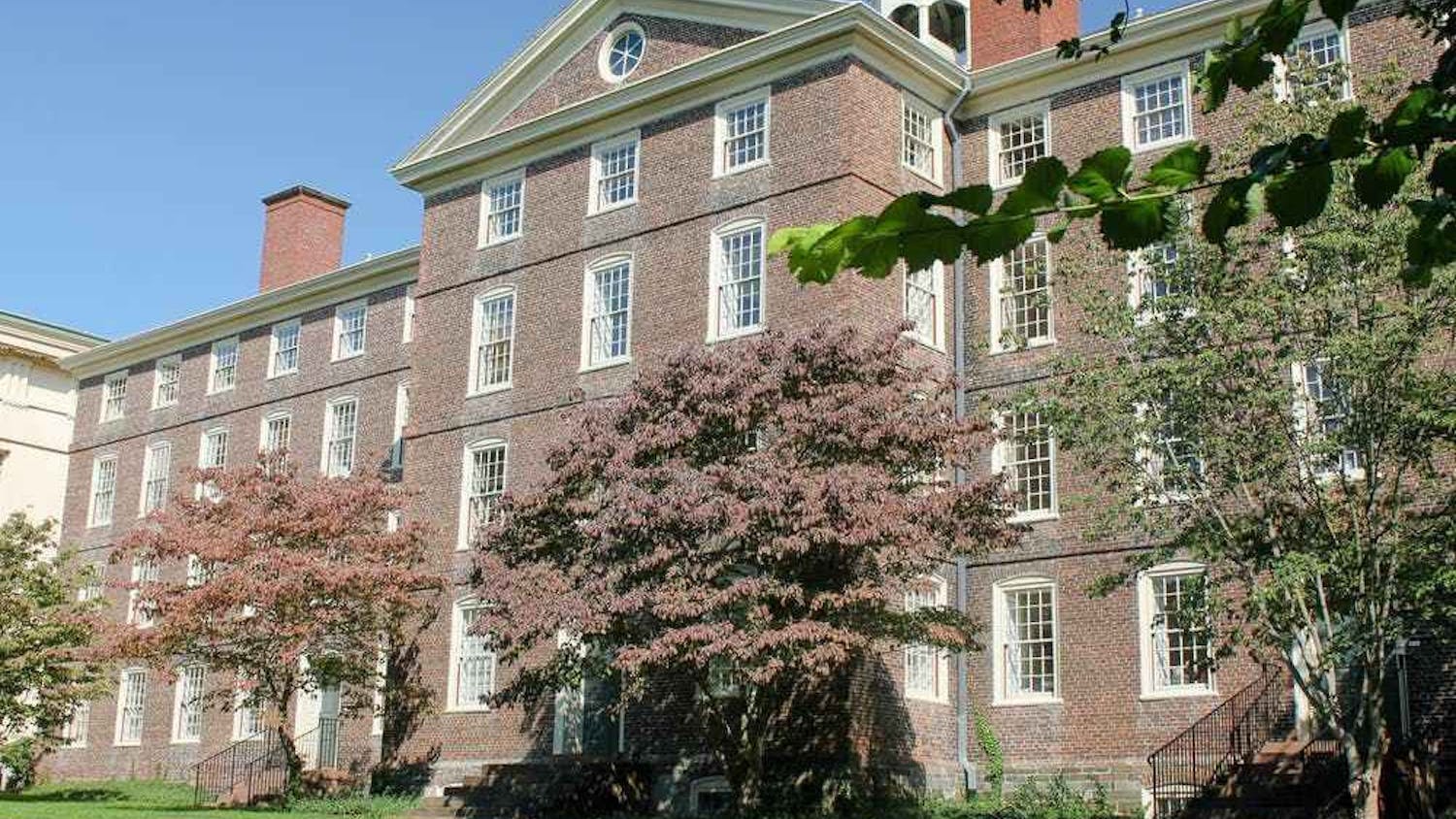 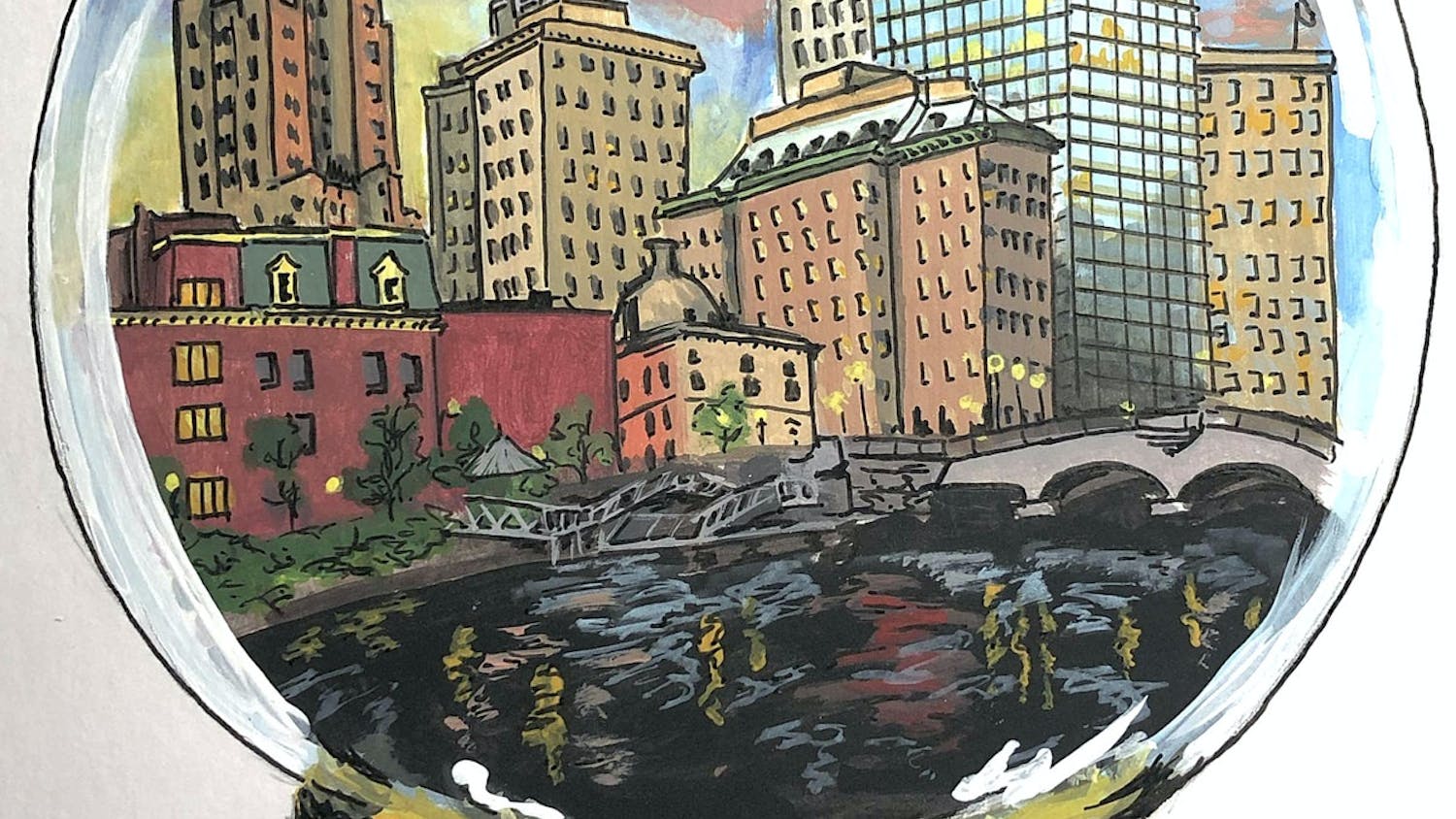