By Kathleen Meininger
Science and Research Editor
November 1, 2021 | 12:40am EDT

In their new book “Today’s Health Care Issues: Democrats and Republicans,” co-authors Robert Hackey, an adjunct lecturer in international and public affairs, and Todd Olszewski, an associate professor of health policy and management at Providence College, provide what they describe as a nonpartisan overview of current health policy issues from a Democrat and Republican perspective.

Designed to provide undergraduate and graduate students with a strong foundation in health policy and health care reform, the book discusses topics ranging from the evolution of policies including the Affordable Care Act and legalization of marijuana to public health issues such as the COVID-19 pandemic and health care for underserved populations.

The authors hope to “introduce people to Republican and Democratic perspectives on a variety of public policy issues,” Hackey said. By walking readers through major policy milestones and explaining where political parties stand on public health and policy issues, Hackey and Olszewski hope to “give people the tools they need to make more informed judgment(s)” about these issues themselves, Hackey added.

Wendy Schiller, director of the Taubman Center for American Politics and Policy, said the book provides “substantive explanations of key issues with the positions of the two major political parties clearly stated at the same time.”

“I find a lot of students recognize that health policy is very important and they want to learn more but are kind of unclear how to get started,” said Kelley Smith, an assistant professor of political science at Stetson University, who was not involved with writing the book. “And I think what this volume does is help remedy that by giving a really clear read that helps us understand not only current health politics and problems but also some of the historical background.”

Hackey began writing the book in June 2018 as part of “Across the Aisle,” a series of books published by ABC-CLIO approaching contemporary topics with perspectives from both Democrats and Republicans. He asked Olszewski to co-author the book, believing that Olszewski’s experience as a medical historian would complement his own background in contemporary political policy. The authors wanted to focus on current health policy issues while framing them in historical context.

“One of the things that was most challenging is that the ground was shifting under our feet as we were writing the book,” Hackey said, referring to events such as the Supreme Court’s decision to uphold the ACA in California v. Texas this summer and several votes on marijuana legislation. The authors had to include information about these changes in the middle of the writing process — for example, a chapter on the COVID-19 pandemic was added.

In an era of increased political polarization, public health has suffered, Olszewski said.

“Individuals on both sides of the aisle don’t tend to want to look across the aisle,” Olszewski said. “We’ve become very siloed in our own sort of respective belief systems.” Although many of these disagreements boil down to differences in political values, other disagreements involve facts about the issues themselves, he added.

“Policy debates rely on both sides agreeing on the same set of basic facts,” Olszewski said. “That isn’t necessarily always the case in this day and age.”

Olszewski cited the COVID-19 pandemic as an example, saying that “Democrats and Republicans have disagreed about virtually everything about COVID: the origin, the name … and especially the masking and vaccine mandates.” Democrats and Republicans are at odds over ideological differences like the role of government in healthcare, and even basic information regarding the danger of the COVID-19 virus and the effects of the vaccine has become politicized, he added.

“Today, we have a highly polarized world. ... Everybody has their own facts and their own opinions, and it’s been very detrimental to public health,” said Darrell West, a former University professor of political science and vice president and director for governance studies at the Brookings Institution. “We clearly have seen that in the case of COVID, where everything has become politicized, even wearing masks and getting a vaccine.”

Hackey and Olszewski’s book provides foundational facts then builds on them by discussing how the different parties evaluate these facts and how ideological differences lead to division, Olszewski said.

“The challenge we have is that with many of these policy issues, different values are in conflict,” Hackey said. “Are we going to empower government to regulate and to play a more informed and active role in things or are we suspicious of government and want to keep it on a short leash? Those are big themes that run through almost all of our chapters.”

The purpose of the book is not to change the opinions of its readers, Hackey said. Instead, “what we do hope is that it will give people a greater understanding of how others look at the issue.” 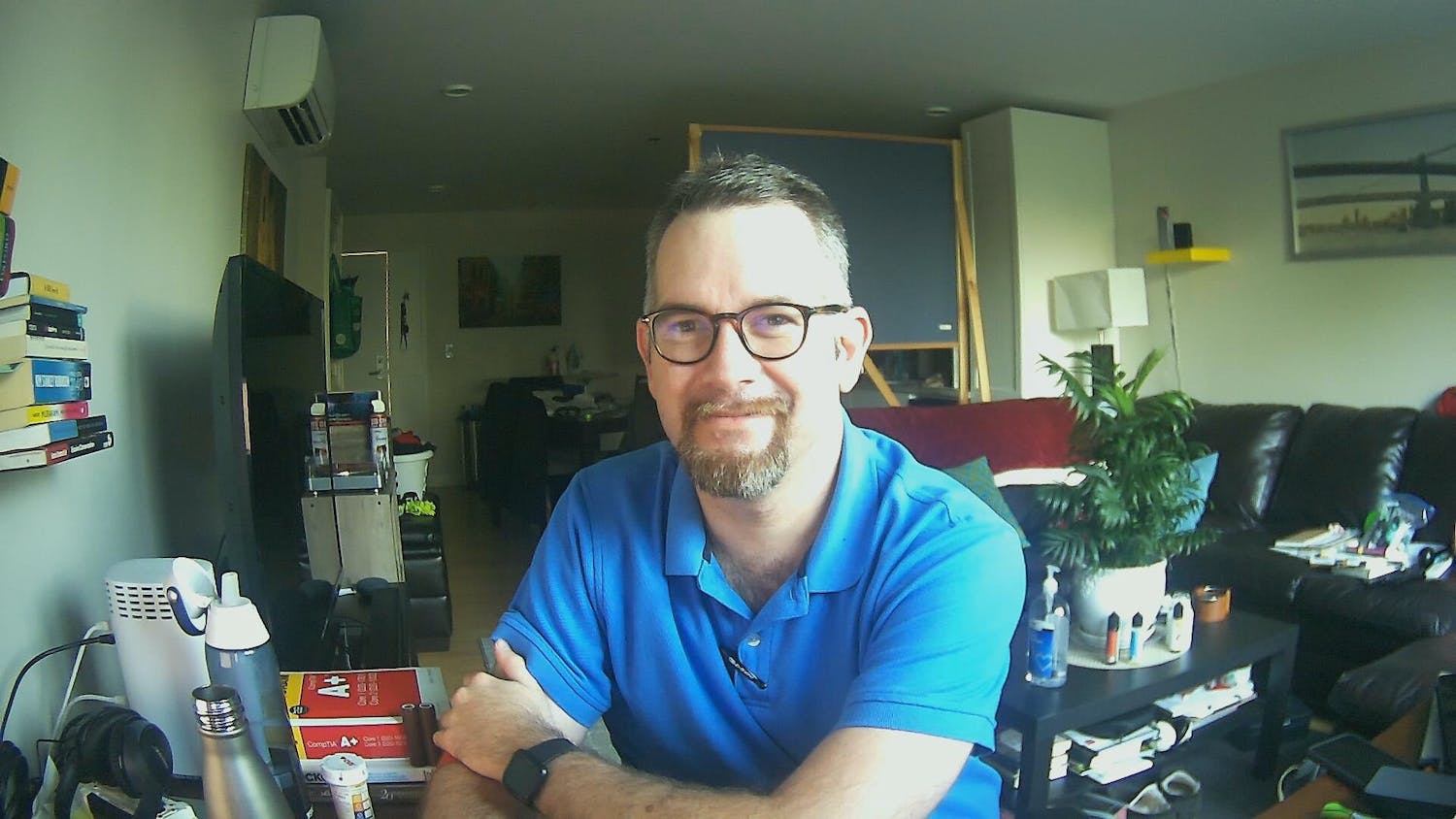 The Bruno Brief: Why students are protesting dining hall conditions