As TikTok and similar social media platforms continue to dominate young people’s screens and content consumption, some students have managed to build a large Internet following of their own as content creators.

But that fame, like celebrity found outside the social media sphere, is not without its downsides. The Herald spoke with two social media content creators, who, along with the positive reception they’ve received to their videos, have faced hate comments and cyberbullying ranging from harassment based on their political views to targeted remarks about their identities.

Alice Marbach ’22, a Douyin content creator, said she joined the social media platform — the Chinese version of TikTok — because she wanted to practice her Chinese while at home in London and on leave from the University.

“I’ve always loved making videos, but I don’t really want other people to see them that much,” Marbach said. “Only two or three people (around me) use Douyin, so it was very low stakes.”

After posting videos about cultural differences between the U.S., the U.K., China and Israel, Marbach has now gained around 27,000 followers and 5.9 million total views on the app. Her favorite video that she’s created is the one that garnered her most views — somewhere around 1.9 million. “It’s (called) ‘Five Facts About Me,’ and it was just (about) random things that came up, and it’s just fun because I didn’t think that people would be that interested,” Marbach said.

But this rapid increase in popularity did not come without costs. Since amassing her social media following, Marbach said she has received a considerable amount of hate comments targeting her appearance and Jewish background.

“Once I mentioned being Jewish, then I did get really weird comments, like ‘Oh, it makes sense that everyone hates the Jews’ or ‘Oh, the Nazis were right,’” she said. “And (I got) a lot of ignorant comments … But those which were actively hateful made me feel bad.”

In March 2021, Marbach made the decision to quit Douyin. “At that point, I felt like the novelty of it had worn off a bit,” she said. And “the sadness of the negative comments was outweighing the joy of making new videos.”

Isaiah Paik ’22, a TikTok political content creator with over 2 million likes and 75,300 followers, has experienced similar instances of cyberbullying targeting his race and ethnicity.

Paik, who hopes to attend law school after Brown and eventually pursue a career in politics, “figured that (TikTok) would be a good way to start practicing engaging with political discourse and try to convince people (and) making arguments, but also for other people to see me.”

“When I originally started my platform, I needed a gimmick — a thing to make me stand out,” Paik added. “So, I said, ‘Hello, my name is Isaiah. I’m running for president’ … and that got me a lot of followers at the very beginning.”

By creating political content on TikTok, Paik hopes to educate people, raise consciousness and provide ideas to the general public. “There’s this idea of ‘the Overton window’ in politics — there is the big wide spectrum (that includes) the most far-right and the most far-left ideas, and there is a very small box (that contains) what is acceptable in the modern-day political discourse,” he said. “My project is to move the Overton window.”

The hate comments Paik has received have mainly targeted his identity as an Asian-American, he said. “It’s really interesting, because all these hate comments were focused on me as an Asian person, (even) when I was not talking about Asia at all,” he said. “When I was talking about politics, especially anti-capitalist politics, there were a lot of hate comments, because I’m Asian. A lot of them were like, ‘Go back to China or North Korea!’ or insulting my intelligence using the model minority (myth).”

Paik described the unique nature of how videos are viewed and shared on TikTok as contributing to the negative comments he has received. “(TikTok) is a bit different from other platforms, because (unlike Instagram), you don’t have a lot of control over who sees your videos,” he said. “Especially when I was first starting out, I didn’t have a large following, but my videos were sent to all kinds of people, which is why I got a lot of reach … and a lot of backlash to the ideas I had.”

Other comments that Paik received seemed to be targeted toward his identity rather than the political ideas he shared. In summer 2020, he used to participate in debates between socialists and libertarians. “Me and five other TikTok creators got together and we livestreamed the debate, and … that’s how I met a lot of TikTokers who very much disagree with me about economic issues. They would watch every video I made and (make) response videos, make a duet or stitch, or they would actually respond to me and call me stupid and try to debunk every single point I made.”

This kind of engagement has affected Paik’s aspirations and TikTok activity. “It made me rethink what I was going for and made me not want to debate against or challenge individual creators anymore,” he said. “I tried to shift and focus more on ideas and political figures, and not individual creators who are just like me, because I don’t want to have that kind of a platform where I do drama and beef … all the time.”

He ultimately decided to take a break from TikTok over the summer to avoid seeing response videos and getting embroiled in back-and-forths.

According to Assistant Professor of Modern Culture and Media Jinying Li, there is something “profoundly social” about cyberbullying. “Cyberbullying is more geared toward the public, since it has an element of humiliation,” Li said. “In a social sense, bullying is about establishing domination. That’s why it’s gender and racially-oriented. Bullying might have a long social history behind it — it’s about establishing domination in a social group.”

Li traced back the origins of bullying behavior to nature’s evolutionary roots. Animals had to “establish alpha male ranks; however, it’s not a purely biological factor, (since) animals are social too,” she said.

Li also explained that the behavior of haters is due to a combination of repulsion and fascination, two feeling she described as often “not necessarily opposite to each other — for example, in a typical racial discrimination called orientalism, (which refers to) thinking about racial others, particularly from Asia, as something exotic,” Li said. “This orientalism is a combination of both fascination and repulsion, (together with) fear.”

To address cyberbullying, Li said that within a public sphere like social media, “a lot of things can be openly debated and criticized, so making (instances of cyberbulling) public can be effective.” 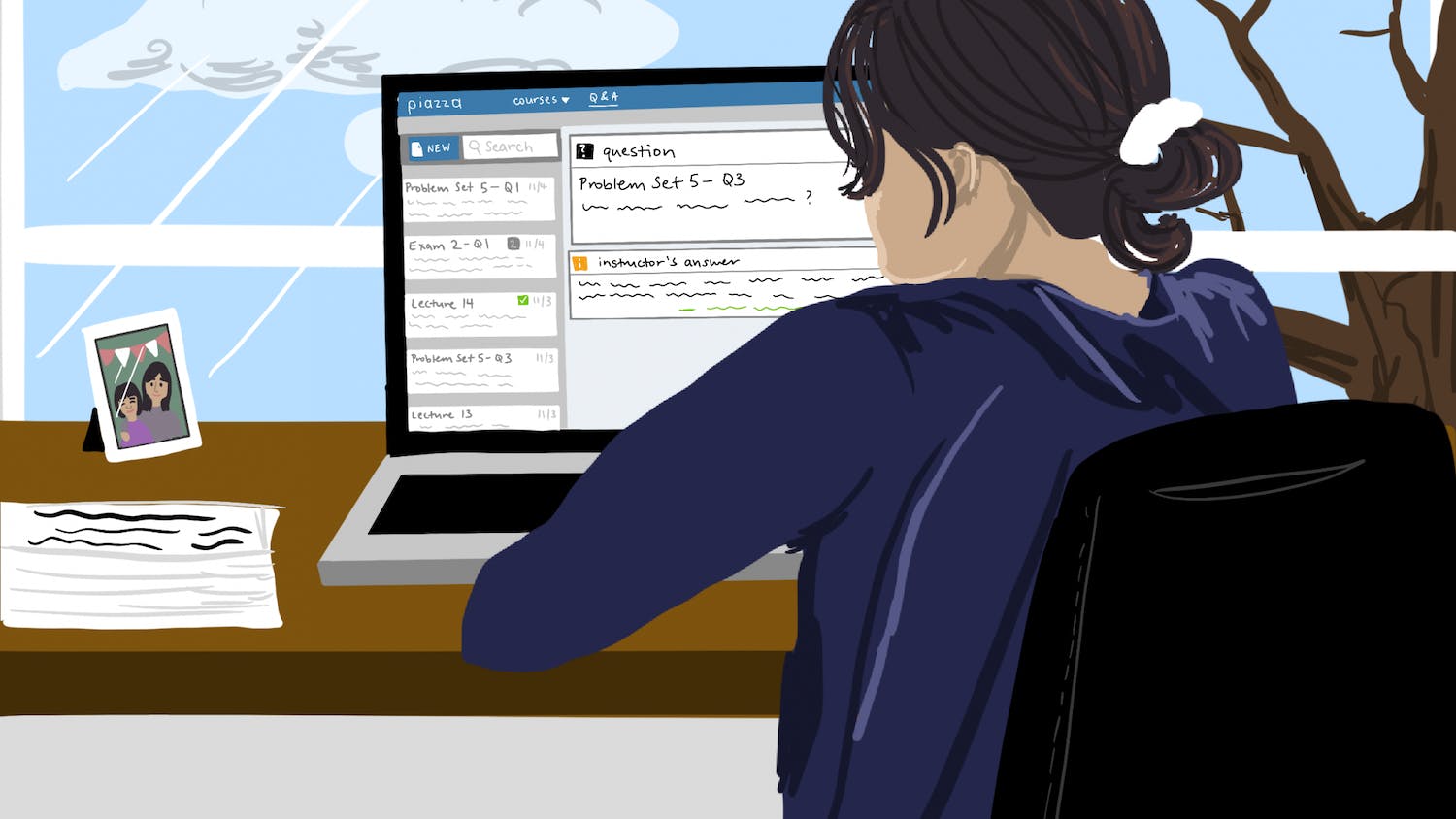 U. moves away from Piazza