After beginning the semester with two weeks of an altered dining hall schedule, Brown Dining Services announced that it would resume regular hours at its eateries in a campus-wide email sent to students Wednesday evening.

Dining Services had decided to temporarily change the operating hours of its dining halls due to concerns around the transmission of COVID-19 on campus and to reserve resources for students in isolation housing, according to Vice President of Dining Services George Barboza.

The final decision to implement these restrictions was made in early to mid-January, Barboza wrote in an email to The Herald.

“We began planning for a variety of potential scenarios at the end of the fall semester as we saw positivity rates begin to climb in Rhode Island and on other campuses,” he wrote.

Students learned of the changed hours in an email from Dining Services Jan. 21.

While adjustments to dining hall hours have been made throughout the pandemic, this semester’s change involved closing Andrews Commons, one of two major dining locations on North Campus, to the general student body. Andrews instead became the designated food pick-up location for students in isolation with COVID-19. On Jan. 23, Josiah’s began operating from 11 a.m. - 7:30 p.m., a shift from its previous hours of 6 p.m. - 2 a.m.

The decision to turn Andrews into a grab-and-go food location for students in isolation, which went into effect Jan. 22, was a result of the dining hall’s unique layout. The space allowed staff to provide isolated students with food — as well as pharmacy and mail services — relatively easily, Barboza wrote. The expansion of Jo’s operating times to include lunch, which began on Jan. 23, was intended to replace Andrews as an option for students during peak lunch and dinner hours.

In order to ensure the safety of the dining staff and limit the risk of student-to-worker transmission, workers did not come into direct contact with students in isolation. Rather, Barboza explained,  “they are separated by a sliding screen and only enter the student space to refill food in between meal periods when students are not present.”

While Dining Services reassigned some Andrews staff to Jo’s to assist during busy dining times, overall staffing levels were otherwise unaffected by the scheduling changes and were not a factor in the decision to designate Andrews as a new resource distribution center for isolated students, Barboza continued.

Some members of the student body said these changes introduced new challenges to the on-campus dining experience.

Swaraj Agarwal ’25 explained that the changed dining hall hours and closure of Andrews brought unique inconveniences for students living on North Campus. “It was quite annoying to see that on the weekends, it was just the Ratty that was open. I live in Andrews Hall, so I need to walk there to get my food on the weekends.”

In addition to distance, Agarwal identified health-related concerns with the change in operations.

“Sometimes it’s not safe because it’s so high density,” Agarwal said. “Even in the seating areas, … people are actively eating and they have their masks down, so there’s a possibility of COVID transmission.”

Ethan Bove ’25 said that he had to eat in the dining halls earlier than usual. He normally ate dinner between 10 p.m. and 11 p.m. in the fall semester, but he was forced to rush down to the dining halls right before they closed at 7:30 p.m.  He also questioned the logic behind making those in quarantine walk across campus for their meals.

Additionally, Bove identified socioeconomic barriers that the changes might have posed for low-income students. Without any late-night options, he has noticed that “people are eating on Thayer a lot more often, which is always an option, but it always feels a little exclusionary,” he said. “There are certainly always people who can’t spare $15 every night to get dinner.” 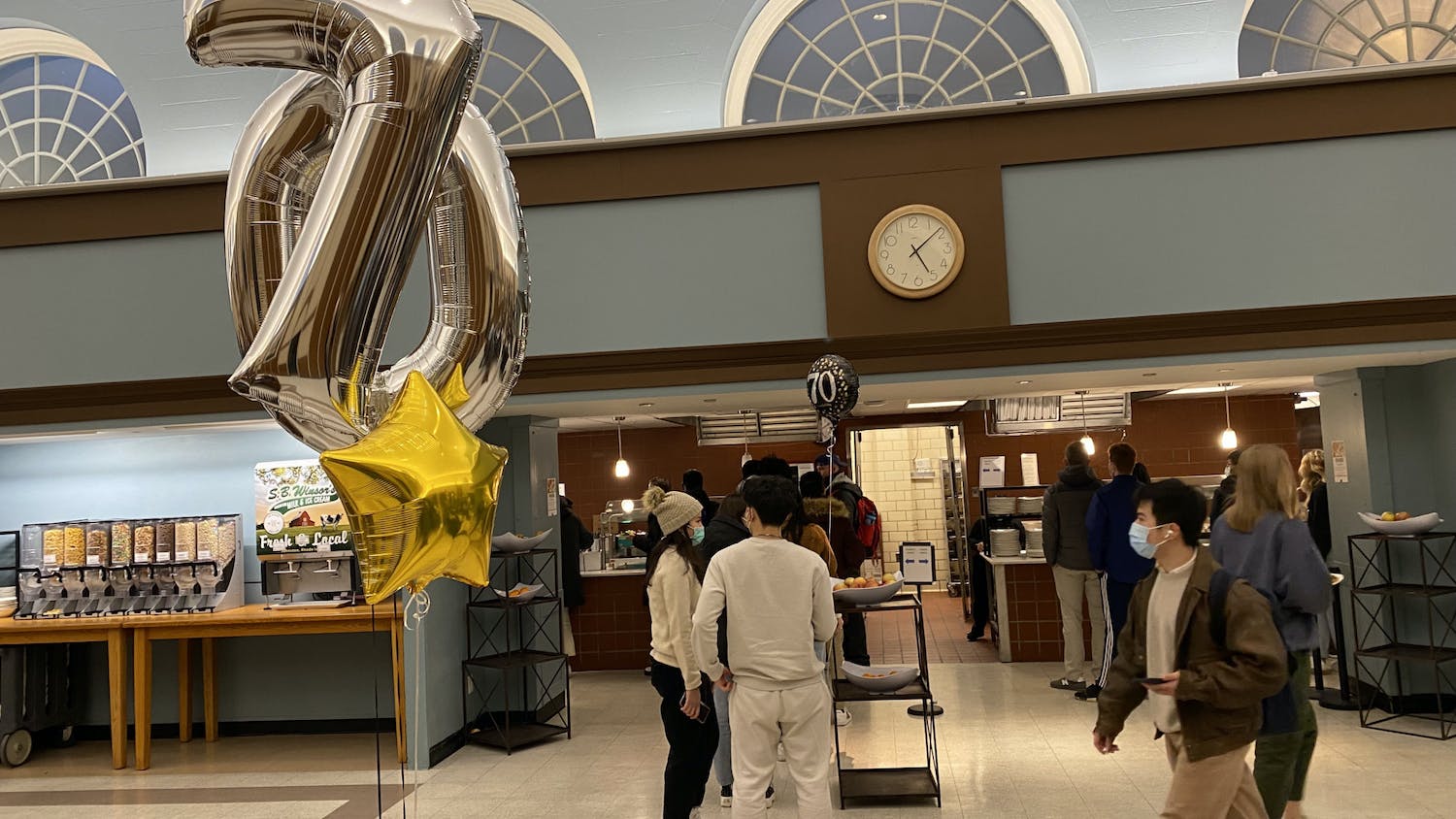