The University extended offers of admission to 1,651 applicants tonight, resulting in an overall acceptance rate of 5% this year, Dean of Admission Logan Powell wrote in an email to The Herald. 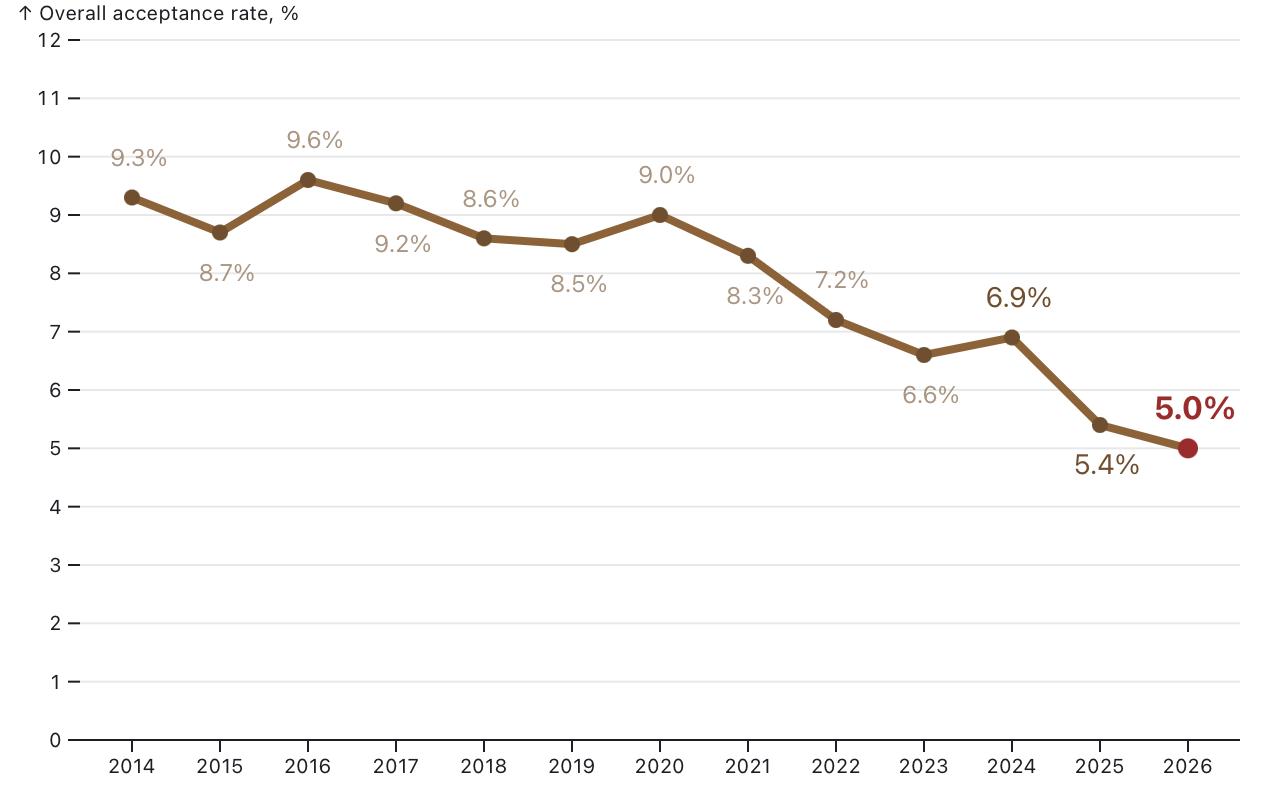 “We’re in a truly fortunate position to have so many talented students considering Brown, and this year’s admitted class is an exceptional group,” Powell wrote. “This is always a competitive process, and the numbers this year highlight this in a particularly striking way.”

The University is “in the difficult position of having to share bad news to an amazingly accomplished group, and this gets more and more difficult each year,” he added.

A combined 50,649 students applied to the class of 2026 through regular and early decision, an almost 9% increase from last year’s pool, approximately 4,100 students more than the previous record of 46,568 applicants set by the class of 2025. The total is slightly larger than The Herald initially reported due to a small number of applicants who applied late for various extenuating circumstances, Powell wrote. 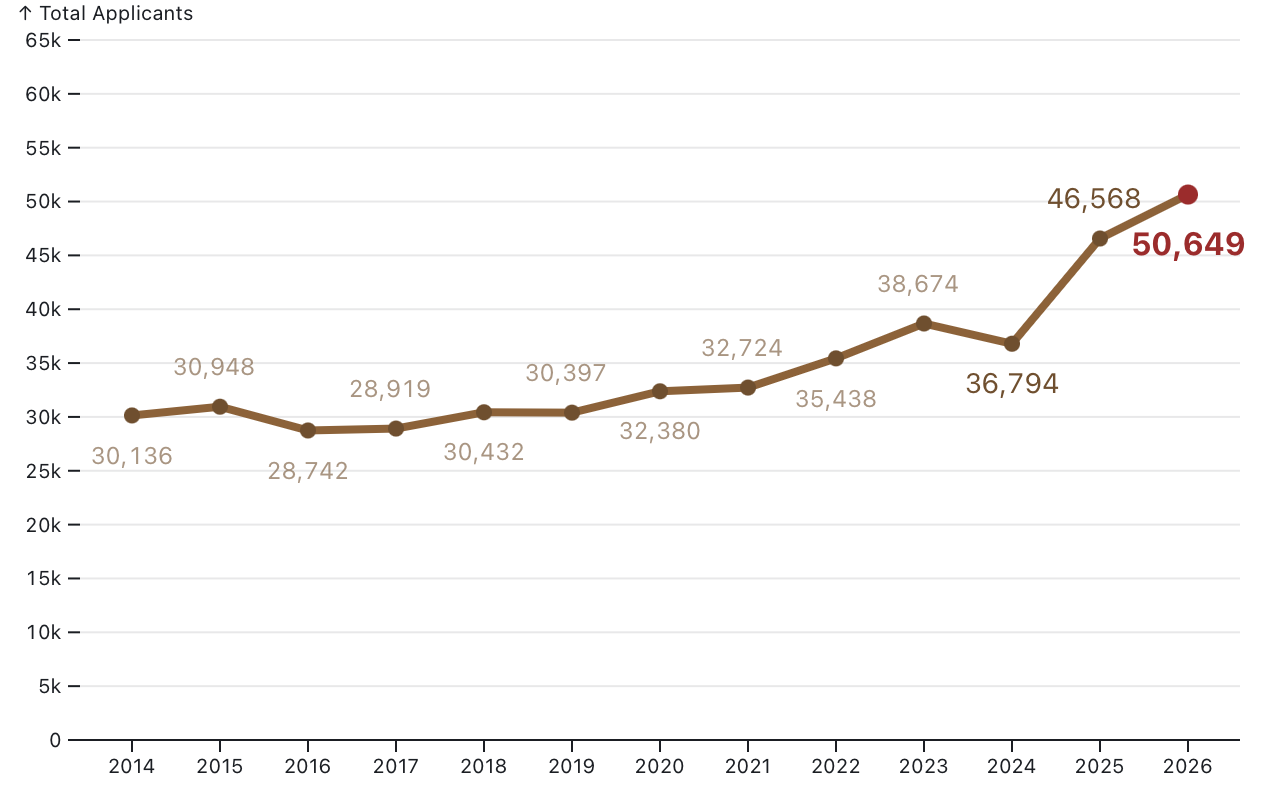 Powell wrote that the incoming class has a “sense of intellectual vitality” and “optimism and joy in the face of continued uncertainty.” He highlighted their community engagement and stressed their unique experiences having attended both in-person and online school.

“Our admitted students have excelled in the face of uncertainty and upheaval, with an inspiring ability to focus not only on academic commitments but also on engaging in their communities and uplifting others,” Powell wrote. 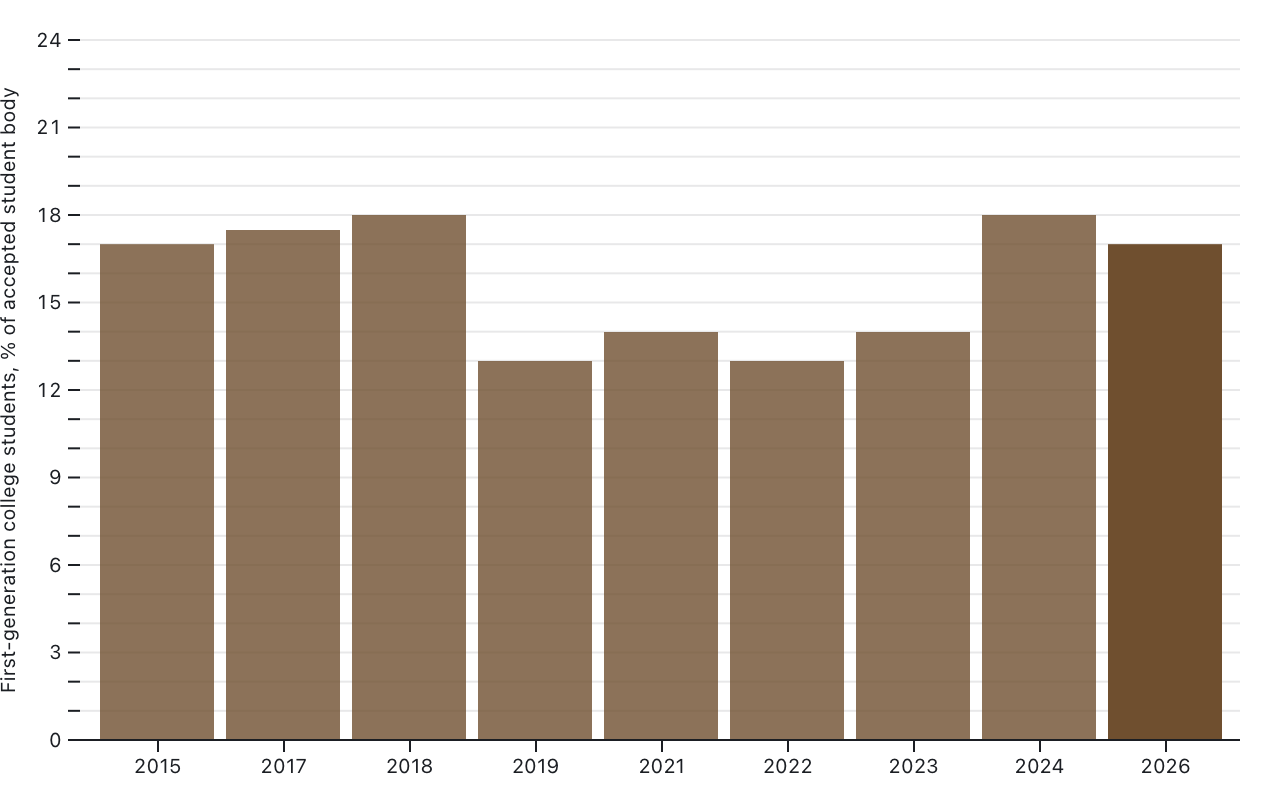 Admitted students come from all 50 states, Washington, D.C. and Puerto Rico. California is the most represented state in the admitted class, followed by New York, Massachusetts, New Jersey, Texas, Florida, Connecticut, Illinois, Georgia and Pennsylvania, according to Powell. Two percent of accepted students come from Rhode Island, while 5% of admitted students are from rural areas. The Herald previously reported that applications from rural and small-town students rose by 5% this year.

While Powell stressed the University’s work to increase the representation of “moderate-income” students, he told The Herald in an interview that the effects of expanded financial aid upon the “composition of the applicant pool” were unclear given that the University only announced the increase in aid for middle and low-income students last fall.

The University announced a number of improvements to its available financial aid in October, including covering the cost of tuition for most current and future students from families earning under $125,000 a year, The Herald previously reported.

Still, Powell said he expected the increased aid to have a “significant impact on matriculation results” for low and middle-income students who may have received compelling financial aid offers from other universities.

The University also announced last fall that it would move towards going need-blind for international students over the next four years — which Powell said could lead to an “incremental increase” in international student matriculation. Outside of the United States, the top countries represented in the accepted class include China, the United Kingdom, Canada, India, Singapore and Ukraine. 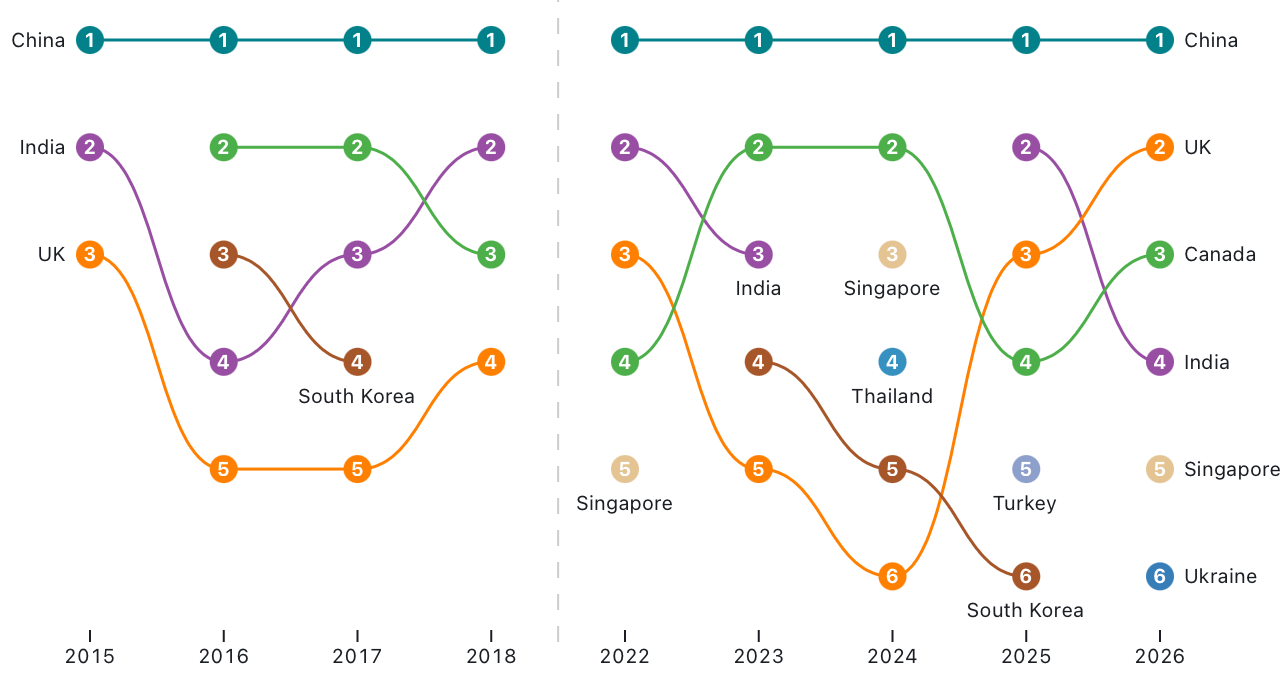 The number of admitted Ukrainian students, is “far more than prior years,” Powell wrote. Those students received “advanced likelihood of admission” — and the University will work with each student to organize visas, summer housing, financial aid and “connections with current Brown students from Ukraine,” he said.

“These are amazing students, some of whom are experiencing indescribable hardship,” Powell wrote.

The application itself looked slightly different for all students this year, as the University updated its supplement to include two new essays, Powell said. Students were asked to share their “response to a time they were confronted by a different perspective” and “tell us about something that brings them joy,” Powell noted.

“From enacting change in their communities to forging deep connections with classmates and taking pleasure in small moments and daily routines,” Powell wrote, “we found that a consistent theme was the ability to find, make and share joy even when confronting great challenges.”

Powell added that while the University “continued to be moved by the many ways that our applicants were impacted by the pandemic … this year’s process felt like a normal year” for the Office of College Admission.

The University will bring back its ‘A Day on College Hill’ program for admitted students to visit campus for the first time since 2019 — but it will also continue virtual programming such as the “Bruniverse,” an online platform through which admitted students can interact and attend events that inform them about different aspects of Brown.

Accepted students are required to inform the University of their decisions by May 2. With a target enrollment of 1,700, the University expects between 1,000 and 1,500 students on its active waitlist.