This article is part of a series profiling student artists at Brown.

Of all the names on the campus music scene, Chance Emerson ’23.5 is likely one of the most widely known. Since getting his start by self recording what would become his first EP in the attic of his high school’s music building, he’s released a debut album, amassed over 24,000 monthly listeners on Spotify and toured across the Northeast. Last week, he opened for critically acclaimed band Lawrence at Providence’s Fete Music Hall. And he’s showing no signs of slowing down.

“I grew up in Hong Kong, so it was just a thing where like everyone learned piano or violin. So I did that, but I hated it.” For his 10th birthday, his only wish was to stop playing piano, he explained. While his mother refused to let him quit completely, the two struck a deal — he had to keep playing music but could switch instruments. He settled on guitar, and his infatuation was instant.

It was also at home where he garnered an early appreciation for music. “My Dad was classically trained in opera for a year. He was very interesting and cool and would always play, just like, very good artists like Oasis, The Beatles and Norah Jones,” Emerson said.

From his early exposure, Emerson began singing covers, turning his passion for the music of others into a drive to create his own.

“I was actually born in Taipei, then moved to Hong Kong when I was eight,” Emerson said. “I was definitely moving around a lot, and I feel like playing music and guitar grounded me.”

At 14, Emerson started writing songs. A few years later, he took the next step in his music career when he moved to the United States to go to boarding school, where he began producing music. He then met a friend a year ahead of him who was a “DJ at all the campus dances.”

“He was trying to produce a lot of music and just said, ‘Okay, let’s make something together,’” Emerson said.

It was with that friend that Emerson recorded his first EP, "The Indigo Tapes." He expected little traction upon its release, he said. But when the project was successful — its most popular song, “Wandering Mind” now having accumulated over 1,000,000 streams — he was “totally shocked.”

“It kind of just kept going from there,” he said.

Unexpected encounters are a common theme in Emerson’s career; most of his closest collaborators came to him through friends or from sheer luck.

“I was in the Ivy Room and he showed up with our mutual friend, and we made a plan then and there to get in the studio,” Nix said.

Nix had just agreed to go in to give feedback on Emerson’s existing work, but the two hit it off and ended up finishing the entire project together in the University’s studio facilities, he said.

It was in a similar fashion that Emerson met his now closest collaborator, Jack Riley ’23, a music producer on campus.

Riley first encountered Emerson at a first-year talent show where Riley played guitar for a friend’s performance. Emerson also performed at the same event, singing barefoot with only his guitar for backing.

“Everybody was like: ‘Oh, he was ridiculous,’” Riley said of his first impression of Emerson. “He was shoeless!”

A few weeks after the show, Riley heard a knock on his door. It was Emerson, trying to recruit Riley to play live in his band.

“He and our current guitarist, Will Beakley ‘23, literally showed up at my door at Andrew’s,” Riley recalled. “They knocked on my door and asked if I was Jack Riley, because they had heard that I played drums and they were looking for a drummer.”

“We were trying to find Jack — we emailed him, we called him up … He would not reply to us, he would not reply to our calls or texts,” Emerson said. “We knew he lived in Andrew’s, so we went door to door (checking the) nametags until we found his. He was living in the basement, of course. We’d started at the top.”

Now, Riley and Emerson do almost everything together.

“I love spending time with him,” Riley said. “We go to the gym together — we’re practically a married couple. We will just be doing whatever we’re doing and we’ll be like, ‘Oh, listen to this thing,’ and bouncing ideas off each other all the time. It’s super fulfilling just to be in this creative headspace all day. I literally never get tired of it.”

The two plan to live together next year, Emerson said.

In addition to joining Emerson’s band, Riley became Emerson’s main producer. While Emerson still does most of the writing, he’ll bring voice memos to Riley who then can bring the track to life, Riley explained.

Emerson’s sound has, with Riley’s influence, matured and developed during his time in college, Emerson said.

Prior to coming to the University, Emerson had mostly marketed himself as a singer-songwriter, usually performing alone with a guitar and releasing acoustic-sounding records, he said.

His newer work, however, has taken him into new sonic territory, Emerson explained.

“I would say I definitely got a lot rockier and poppier here,” Emerson said. “I came in and was like, ‘I want to play in college.’ But there’s no way I’m going to be playing a party as an acoustic singer-songwriter, so I needed to find a band.”

Emerson said he doesn’t think too much about genres. When asked to describe his music, he landed on “spicy flannel folk rock.”

“I’ve definitely developed more of an appreciation for the live show, because there’s only so much hype you can bring with an acoustic guitar and one person,” Emerson added.

Over the 2020–21 school year, Emerson took leave from the University and moved back to Taiwan. Given that the area didn’t see high levels of COVID-19 at the time, he found opportunities there to perform and keep practicing, he said.

“I played at two music festivals when I was in Taiwan,” Emerson said. “They were pretty small festivals, but it was also really cool to play internationally.”

After returning to the University this past fall he hit the ground running once again, setting off with his band on a short tour of colleges across the Northeast, including Harvard, MIT and Trinity, Riley said.

“It didn’t totally feel like a tour because we would still go to class,” Emerson said. “I think there was one stretch where we had three shows in two weeks.”

But the rigors of tour life, Emerson and Riley agreed, were more than worth it.

“Trips like that were so formative for our relationship (with the band),” Riley said.

In one standout show, Emerson had the chance to headline a venue in New York City, playing with friends whom he had known since he was eight years old who now attend New York University, he said.

“We played in this beautiful venue that had two stories, and 300 people showed up,” Emerson said. “That was the coolest show we’ve ever played because I didn’t feel like I knew the majority of the room … It was like, ‘Oh man, I’m finally breaking through to complete strangers.’”

Behind each of these performances was also a lengthy logistical process, which Emerson largely had to navigate alone as a small musician, he said.

“For so long I was acting as pretty much every role that a real artist would have,” Emerson said. “I was trying to do the bookings, manage the publicity, deal with press, playlists, merch, sync licensing — all of these things. It’s definitely more than I thought it would be, especially now with TikTok and Instagram you have to be a content creator (in addition to an artist).”

Now, though, Emerson has finally added a manager — another old friend — to help with the logistics so that he can focus on his craft, he said. After all, even despite the time spent performing and working on the business of music, he still considers himself a songwriter first.

“I use voice memos all the time,” Emerson said of his writing process. “Basically just when I’m walking around or, I don’t know, showering, or when I wake up, or even if there’s something in a dream or something, I just mumble it into my phone … I keep those seeds and then hope days later I’ll play all of them and see if anything catches my eye.”

This day and night commitment to his art and projects have set Emerson up for success, Nix said.

After coming off the fall tour, Emerson and Riley have been back to their usual collaborative routine.

In addition, Emerson and his band experienced a career high last Wednesday night, opening for Lawrence — a critically acclaimed funk group which includes former University students. A big fan of the band, Emerson mentioned that when he saw Providence on their list of tour locations, he immediately got in touch with a request to perform as the opener. “It just kind of serendipitously worked out,” he said.

Emerson has also noted that he hopes to potentially finish out the spring semester with a few more live shows in Providence.

“There’s a spectrum of ability needed to be successful in the music business, and Chance has every skill (on) every portion of that spectrum,” Nix said. “He has the business acumen and the business drive. He has the songwriting skill, the innate singing talent, and is a wonderful producer. He’s also an extremely likable, amazing person to be around and he can really bring people together.” 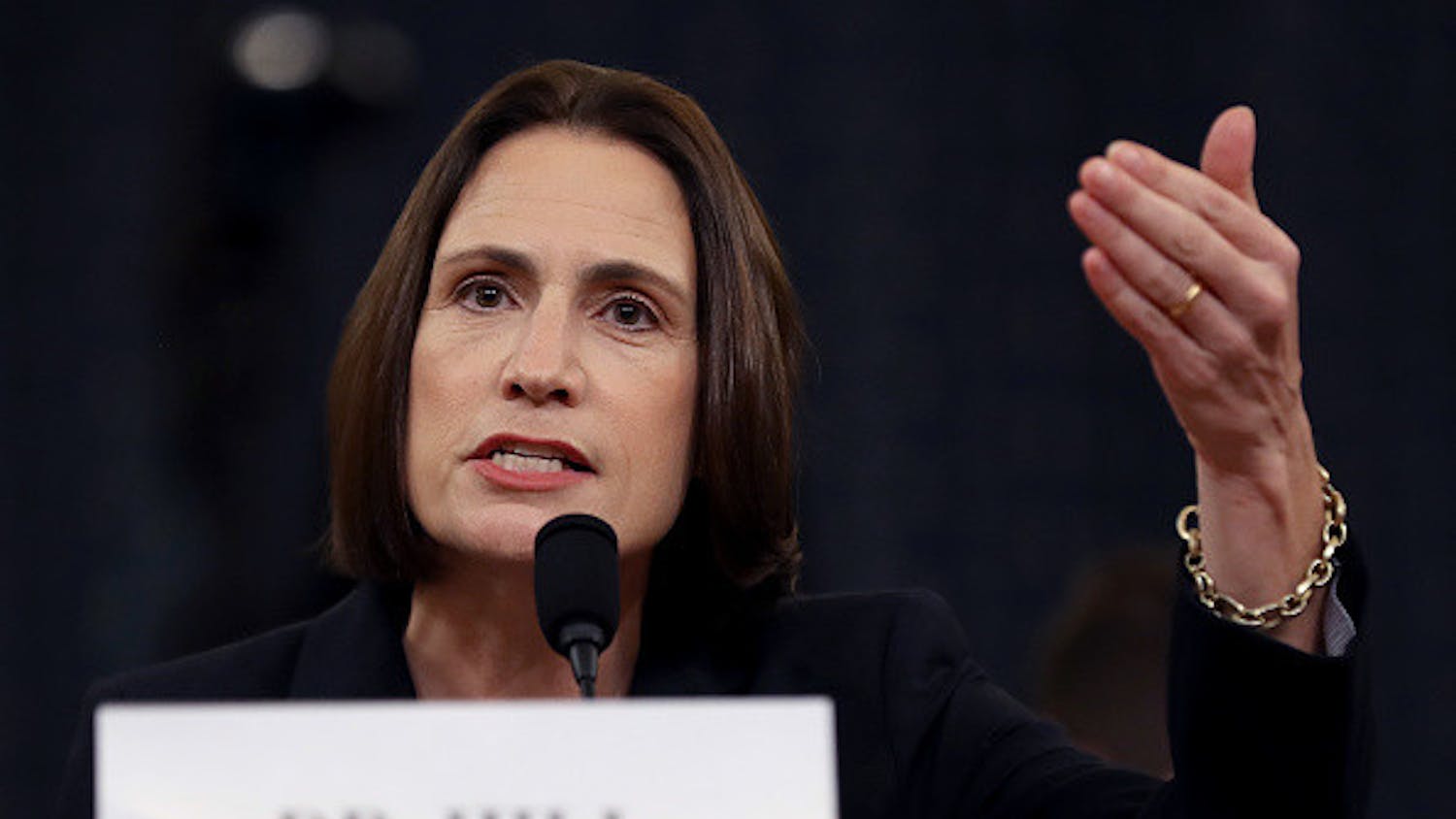 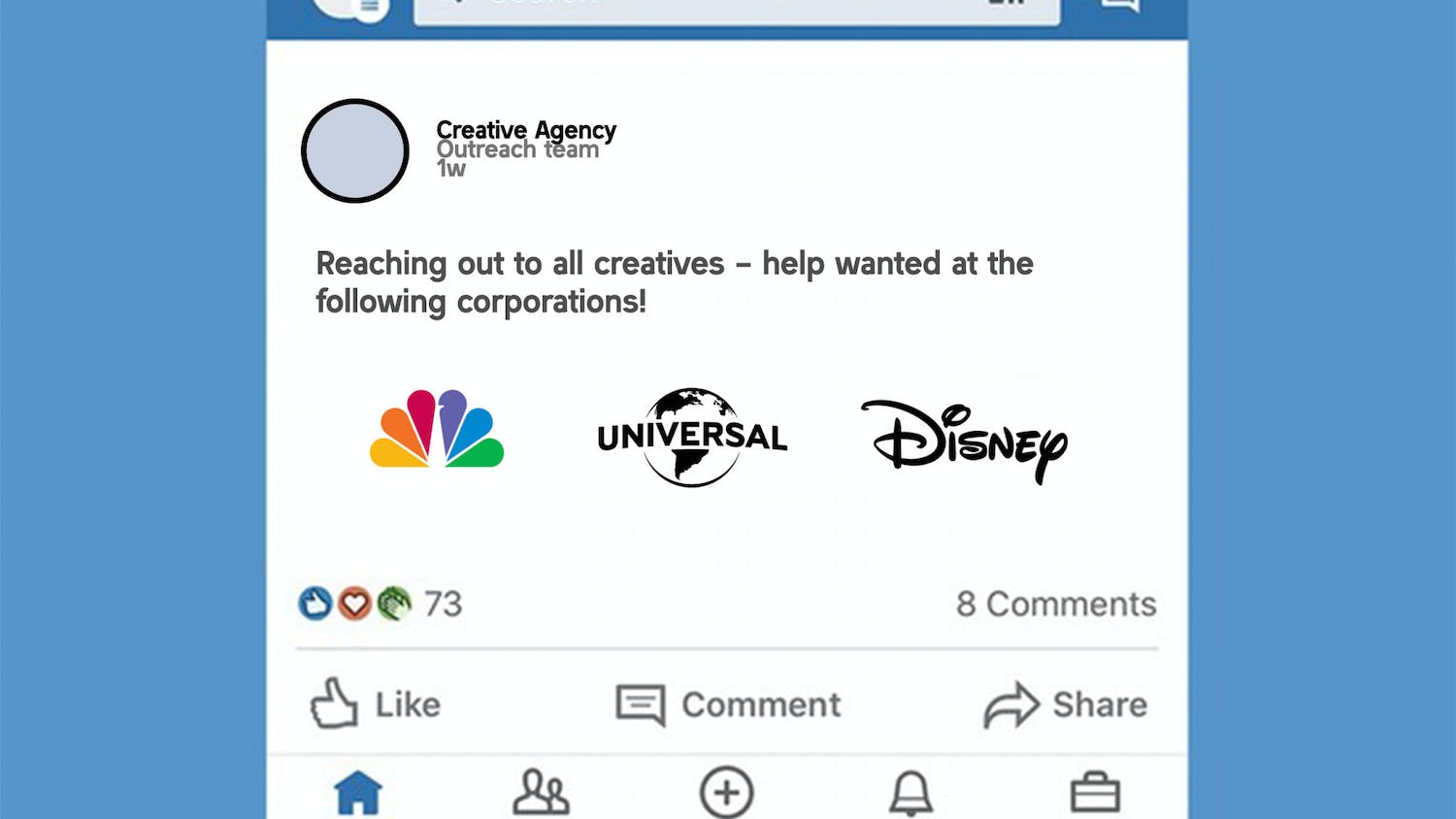