Luis Muñoz, a Democratic candidate for governor of Rhode Island, spoke at a meet-and-greet event hosted by the Brown Democrats Tuesday night.

With a crowd of about a dozen, Muñoz discussed his positions on health care, economic development and education — among a number of other issues — while also sharply criticizing the state’s political ecosystem.

Muñoz, a relative political newcomer, first ran for governor in 2018 as an independent, receiving 1.65% of the vote in the general election. This year, he is running as a Democrat — and is currently running behind the competition, both in terms of finances and endorsements.

And while former secretary of state Matt Brown has the organizing strength of the progressive Rhode Island Political Cooperative behind him, Muñoz only lists four endorsements on his website.

Born in Central Falls, Muñoz grew up in a Puerto Rican household with a single mother and graduated from Rhode Island College and the University of Connecticut School of Medicine. He now works as a medical doctor and community organizer in addition to having previously served on the state’s COVID-19 equity council. He identified as a “grassroots progressive” at the start of the event.

“I believe change starts locally,” he said, noting that citizens “on the ground” need a voice “at the top” to fight for them.

The current political and economic moment, he added, requires urgency. “Things need to change, and if they don’t change now … we’re going to have big issues in this state,” he said.

He also positioned himself as a pragmatist, explaining that he focuses on issues where he believes “results can be produced immediately.”

A physician, much of Muñoz’s platform centers on the idea that “health care is a human right.” He criticized the recently proposed hospital merger between Lifespan and Care New England, claiming that “consolidation within health care systems does not increase the quality of care, but does increase the cost.”

Muñoz also supports a supplemental wage program, arguing that $15 per hour is not a livable wage. His proposed program would have the state directly supplement wages for small businesses to promote a livable wage and “create a path out of poverty for Rhode Islanders,” he said.

Education also came up consistently through the night; Muñoz stated that Rhode Island must uphold its “constitutional mandate to provide equal quality education” for all Rhode Islanders. He said that, as governor, he would fight for Rhode Island students, explaining that “if people don’t want the change to happen, then we’re all going to struggle in this together.”

Growing up in Central Falls, he noted that many community members are forced to attend underfunded schools.

“There are the same kids in Central Falls who are going to the same high school I did, with the same crack in the ceiling,” he said. “Those are the people who I’m fighting for.”

He proposed that the state take poverty indicators and other weighted characteristics into account in the allocation of funds to local schools so that additional support is granted to students in need.

Better schools “shouldn’t be a debate,” he said, but “many students are abandoned.” Muñoz questioned why many politicians in Rhode Island tend to come from Classical High School — a magnet school — while few attended Central High School. State politicians, he added, should visit lower-income schools to set a precedent that education is a key issue facing Rhode Island.

Muñoz also emphasized economic development programs and the importance of ensuring equal access to them. The state, he said, should seize on interest in blockchain technology and cybersecurity to create training programs and attract business — while imagining its “microbusinesses” that employ ten or fewer people as future economic engines of the state.

Muñoz cited race as a key issue that is often ignored in Rhode Island politics. “What I’ve noticed in Rhode Island is indifference — passive racism at times,” he said. He spoke about barriers to affordable housing and said that, as governor, he would try to bring more opportunities to the center of Providence as a response to the University’s history of gentrification and displacement.

Other priorities for Muñoz include immigrant justice, addressing the state’s housing crisis and ending the Donald W. Wyatt Detention Facility’s work with Immigration and Customs Enforcement.

At the beginning of the event, Muñoz also noted Rhode Island’s “history of corruption.” Political operatives who “stay in the background,” he claimed, are willing to undermine candidates who “oppose their perspectives.”

He later criticized the state’s “power brokers” and political culture that has favored “conservative Democrats.” Progressives, he said, need to “start punching up” — or they face the risk of being “punched down.”

Muñoz said he still sees a lane for himself in a crowded primary; 25% of votes, he claimed, can win the primary.

“Rhode Island has a history of candidates who fight for themselves. I came from a background where it was hard to ignore that everyone was struggling,” he explained.

“I like my odds,” he said. “People are sick of insider politics.”

Muñoz later told The Herald that despite the financial deficit, his campaign can only “keep plugging forward.” A major hurdle that remains, he mentioned, is receiving enough donations to qualify for a debate — the threshold for which was $50,000 in 2018.

After the event, Edan Larkin ’23, the president of the University’s College Democrats, said that “Muñoz’s team reached out” to the organization. Larkin saw a conversation with Muñoz as an opportunity to speak with someone with a rising stake in local politics.

While the College Democrats do not endorse candidates, she said it was an “opportunity for some students, especially those who are invested in what’s going to happen next year” to learn more.

“I thought (the event) went well. I thought it was nice to have more of a conversation-based situation, and I thought Dr. Muñoz created a welcoming environment,” she added.

“Some students are Rhode Islanders, and some students do choose to switch their voting registration to Rhode Island,” she said, adding that it is important that students are informed on state politics. “We’re only here for four years … but as Brown students, I believe we have a responsibility to understand our impact on the city and what we can do to make sure our four years have a positive impact.” 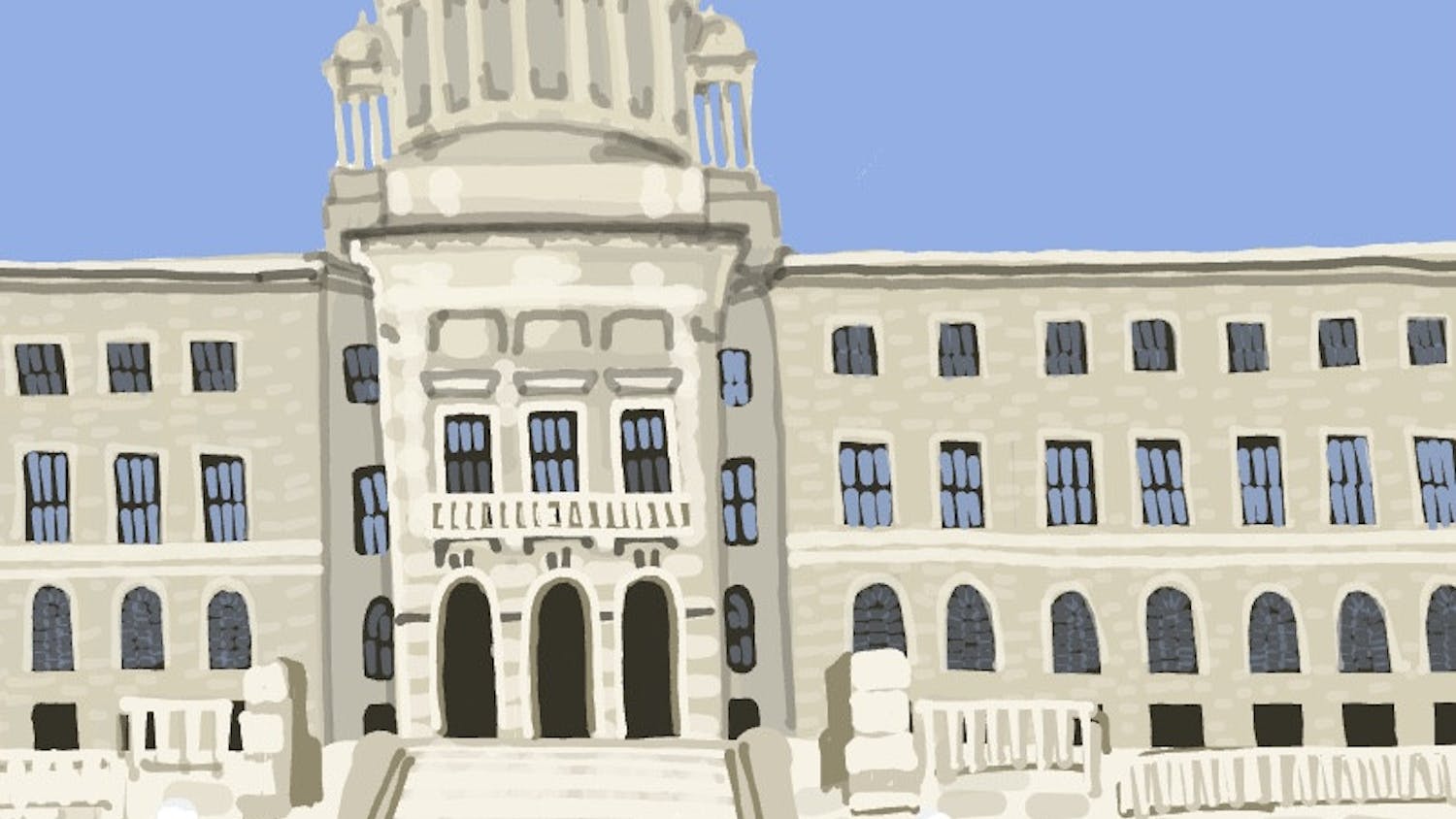