Sandy decided to pursue career in fine arts while at University

In his latest directorial endeavor, Jude Sandy ’05 MFA’09 is helming Providence-based Trinity Repertory Company’s production of August Wilson’s “Gem of the Ocean.” The play is the first of ten in Wilson’s “American Century Cycle,” a series of plays each detailing the African American experience during a different decade of the 20th century. The production will run from Feb. 24 to March 27 at Trinity, The Herald previously reported.

Born and raised in Trinidad and Tobago, Sandy moved to the United States at 20 and came to the University through the Resumed Undergraduate Education program. While he began his studies intending to concentrate in philosophy, he said that he was quickly drawn to the Africana Studies and Theater Arts and Performance Studies departments.

He added that, though he grew up around the arts, he only realized performance could be a career upon his arrival at the University.

Sandy said that part of what prepared him for a career in performance is “that the culture in Trinidad and Tobago is really rich — it’s very much based in song and music,” Sandy said. “That was something that I was involved in as a young person but not ever with the thought that the performing arts could be a profession. It was just kind of one of the things that people did as part of their lives.”

He’s now based in Philadelphia and works as both a director and teacher at various institutions, he said.

After taking a class in modern dance with Julie Strandberg, distinguished senior lecturer in TAPS, Sandy’s mind was made up — he wanted to pursue fine arts, he said.

“It really just kind of took my life over in a way that I hadn’t dared to think about before,” Sandy said. Starting with dance, he eventually moved into theater, drawn specifically to the way in which the medium combined the physicality of dance with the expressiveness of human voice, he added.

Strandberg eventually became Sandy’s mentor, and her impact deeply informed the rest of his life and career, he said.

“Jude and I are still colleagues. When he’s in town, he comes over. We’re in constant contact,” Strandberg said. “I feel like he’s always been in my life … I just remember the instant connection and seeing the artist that he was, and I just gravitated” to that.

Despite not being a trained dancer before entering her class, Sandy had a “physical intelligence” and “bodily awareness” that allowed him to take to the craft quickly, Strandberg said. “He definitely had an ability to communicate through his body really early on.”

Sandy attributed to Strandberg his appreciation for not only the craft, but also the art community.

“As soon as you learn, you teach. As soon as you acquire a skill or expertise, it’s your responsibility to share that knowledge and expertise with other people,” Sandy said. This commitment to artistry as a means of community building, he added, was ultimately one that stuck with him beyond his days as an undergraduate.

After finishing his undergraduate degree, Sandy moved to New York City to begin his career in theater. Though he had some “significant successes” there as a performer, he returned to Providence to continue his theater journey with Trinity Repertory Company as a member of the Brown/Trinity MFA program.

“My life in New York City made it harder to feel like I was experiencing the kind of community that I did as a student at Brown,” Sandy said. He “chose to become a company member at Trinity Rep because it is a community, and it is a group of people who are invested in one another’s development and greatest fulfillment as artists.”

Trinity Rep was founded in the 1960s and has received a number of accolades, including a Tony Award in 1981, according to its website. The joint MFA program was developed with the University to bring talent to the Rhode Island area, Sandy said.

“Trinity Rep happens to be one of the few regional theaters left that still has a resonant company,” Sandy said. “The regional theater movement was founded on this idea that these companies have resident companies of actors, directors and designers who would work together over time to develop their own aesthetic and really speak for the culture of the place they’re set in.”

It was also while studying for his graduate degree that Sandy met Curt Columbus, the program’s artistic director who invited Sandy to direct “Gem of the Ocean.”

“I’ve had the great pleasure to have known Jude Sandy during my entire tenure at Trinity,” Columbus wrote in an email to The Herald. “He was my student in my first year of teaching at Brown/Trinity, and our artistic partnership has endured ever since.”

During his time at Trinity, Sandy moved around the organization and occupied numerous roles, first as an MFA acting student and later as a full-time professional company member. He said he was drawn especially to choreographing.

By the time he decided to make the move to directing, Sandy had already choreographed six shows at Trinity. The experience gave him access to the world of theater production, so he felt equipped with the skills needed to meet the demands of directing, he said.

It was through multiple conversations with Columbus that Sandy decided to make the shift, Sandy said.

Sandy had his directorial debut at Connecticut College, bringing to the stage “We Are Proud to Present a Presentation About the Herero of Namibia, Formerly Known as Southwest Africa, From the German Sudwestafrika, Between the Years 1884–1915,” which was written by fellow University alum Jackie Sibblies Drury MFA’10.

From there, he returned to Trinity, where he directed two more productions — including Wilson’s “Radio Golf,” the chronological finale of the “American Century Cycle.”

Now, he is following “Radio Golf” with “Gem of the Ocean.”

Working in Providence again, Sandy said that he has found the community that drew him to Trinity in the first place. The play features a cast of seven, almost all of whom have had previous experience with the company. One member has even worked with the group for over 40 years, he added.

Trinity “provides for its company a relationship with these artists, who they get to see grow and develop over the years,” Sandy said.

The benefits of Trinity’s tight-knit atmosphere extend beyond just providing camaraderie for the artists, Sandy added. In producing “Gem of the Ocean,” he said those strong bonds proved necessary to successfully perform the play itself — especially for a company of actors that has spent much of the last two years off the stage due to the COVID-19 pandemic.

In putting on the play, Trinity has had to adopt a number of rigid protocols, including stringent masking and COVID-19 monitoring, Sandy said. He noted that both the crew and the actors have had to get used to the rigors of the theater once again. “Every decision takes a lot more thinking and problem solving in order to make a production work,” he said. “It’s exhausting.”

Sandy explained that his actors are working to fulfill the “great demand” of Wilson’s play. “Anyone who has done his work will say to you that it’s one of the greatest challenges that, as an actor, you can ever take on,” Sandy said. “Actors working on August Wilson eventually compare him to Shakespeare because that is the magnitude of both the poetry and the depth of the humanity that finds union in his work.”

But the play is worth the exhaustion and struggle, Sandy said.

Set in Pittsburgh at the turn of the 20th century, “Gem of the Ocean” follows a community in the city’s Hill District, particularly its protagonist, Citizen Barlow, who arrives from Alabama in search of a new life, The Herald previously reported. Barlow is then sent on a journey of spiritual awakening that forces him to reckon with himself and the history of his people. The entire show takes place in his host Aunt Ester’s living room.

The play grapples with the tensions of its age, Sandy said — particularly that of the Great Migration and the political strife that came with it. It was precisely because of that tension that Sandy and the team at Trinity felt the play was perfectly timed for audiences in the current moment.

“We’re in the midst of a great transition in America right now,” Sandy said. “We’re still very much grappling with the unrest that comes out of seeing the experiences that African Americans have been living that have remained invisible for a long time.”

“I also hope that people will take away an appreciation for how important it is for every one of us — whatever our background is — to have a deep sense of our own history, our own heritage, our own place in the world,” Sandy added.

If there’s anybody who can rise to the challenge of fulfilling such a goal, Strandberg said, it’s Sandy.

Sandy’s aptitude for other disciplines, including philosophy, has allowed him to bring an additional level of depth to his art, particularly in taking on “Gem of the Ocean,” Strandberg said.

The play demands a level of complexity from both those attempting to bring it to life and the audience members who arrive to see it, she added.

“You’re not turning your back on philosophy because you’re dancing,” Strandberg said. “You’re just using dance rather than the written word … All those philosophical thoughts, those (are) things that dancers are dealing with.”

“Wilson is telling an American story through a certain lens, and I think Jude has the complexity muscle to be able to do that while honoring the individual characters,” she added. “Everybody watching this should not think this is about somebody else … If you’re really true to Black artists, they’re going to be telling you a universal story.” 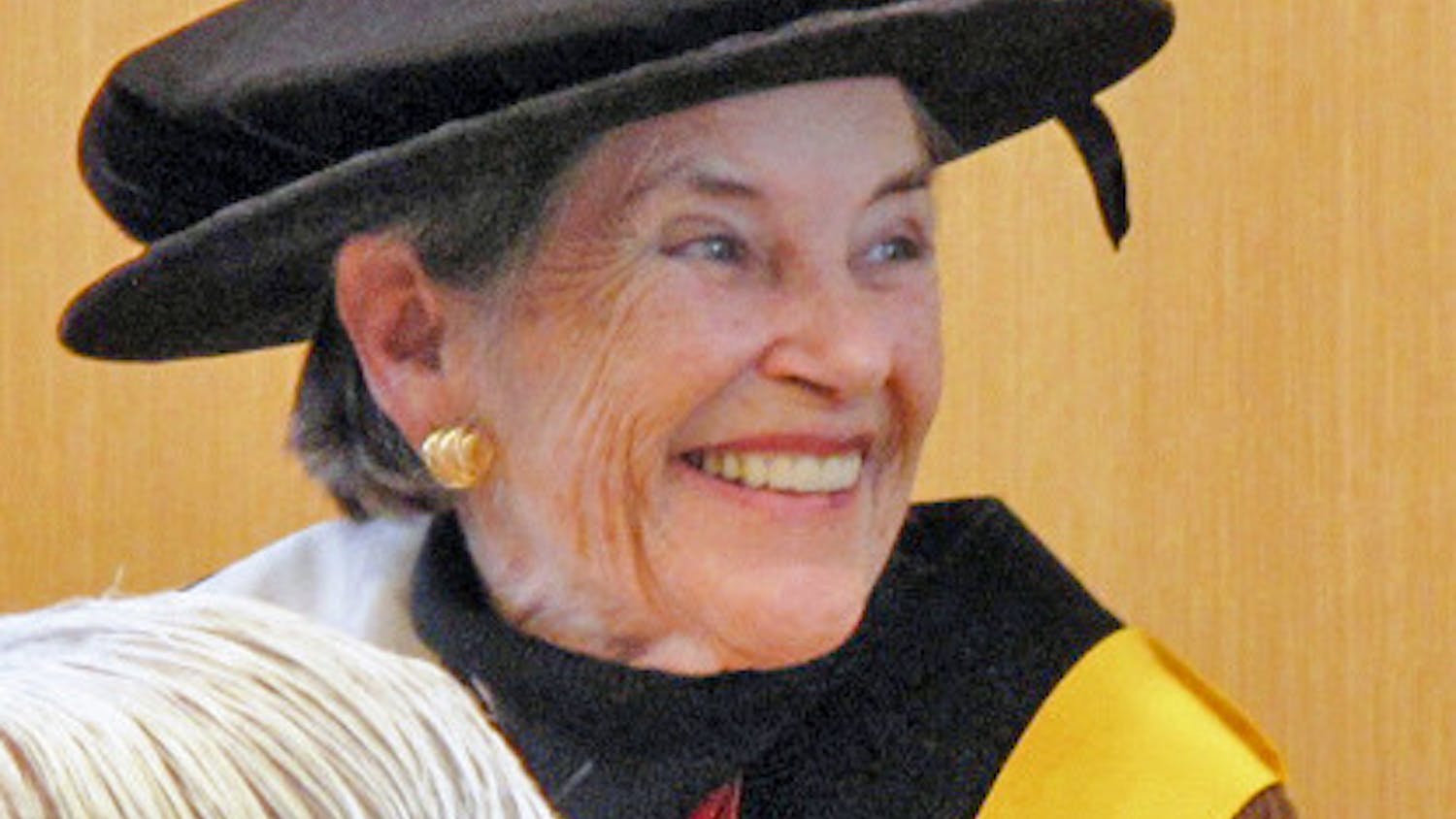 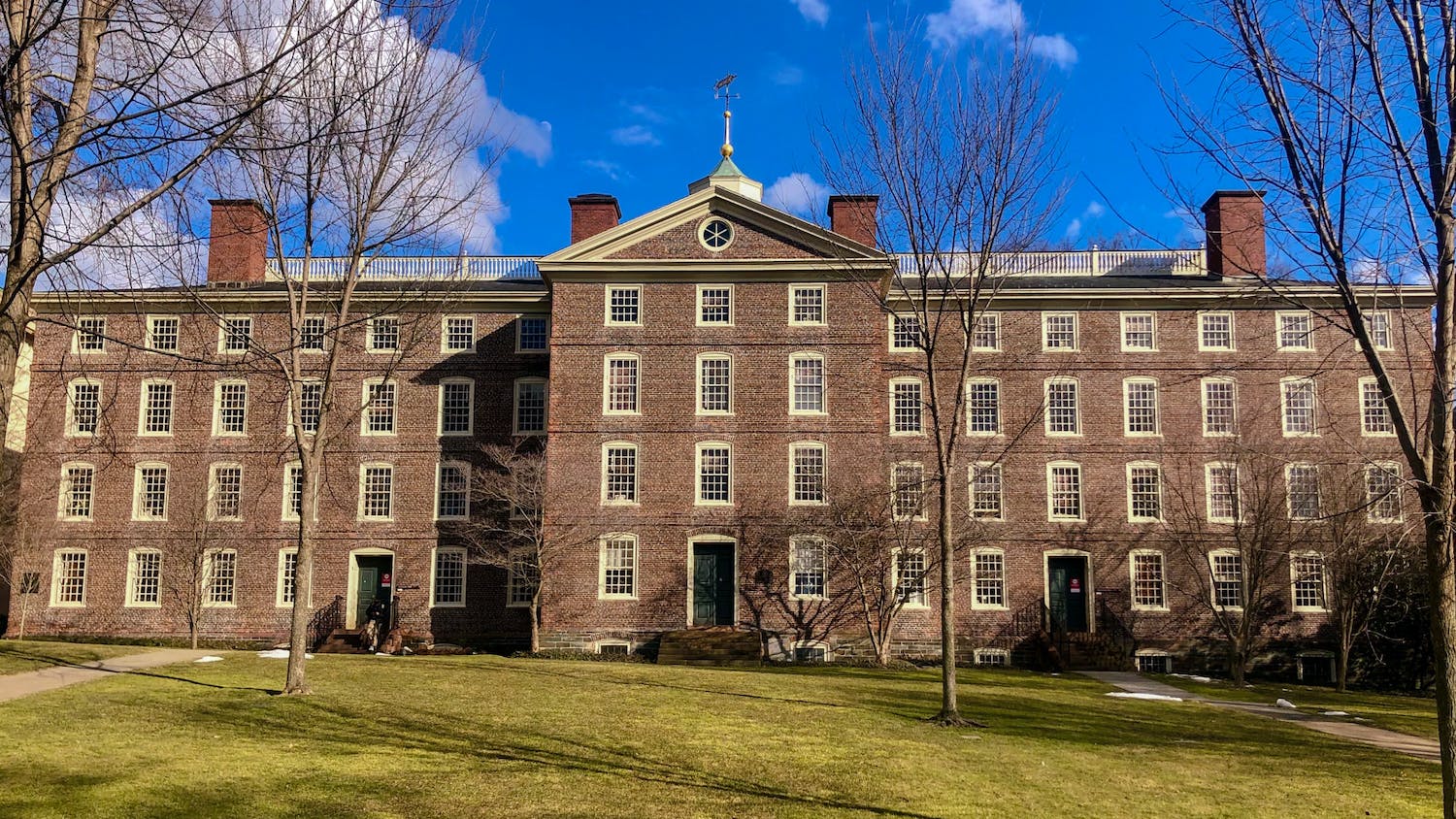