Maksym Temnosagatyi ’26 remembered feeling “accomplished” when he opened his admission letter from Brown in a hotel room late at night.

“It was, obviously, not like the reaction videos you see on YouTube because it was late at night and I was at a hotel so I could not jump around and scream because people were asleep,” he said. But it was “an awesome feeling.”

Temnosagatyi is one of the 13 Ukrainian applicants to the class of 2026 who were offered an “advanced likelihood of admission” in this past regular decision cycle, The Herald previously reported.

“As a university, we saw a clear need to provide support for these young scholars from Ukraine,” Dean of Admission Logan Powell wrote in an email to The Herald. “We saw that the University could make a difference, and the Office of College Admission was proud to play a small but meaningful role in that effort.”

Because of the 13 offers, Ukraine was in the top six countries represented in the admitted class of 2026 other than the United States. “This is a significant increase in the number of students we historically admit from Ukraine,” Powell wrote.

Ukrainian applicants went through the same admissions review process as every other applicant but were sent “likely letters,” a “probabilistic communication” allowed under Ivy League guidelines that informs students of their potential admittance in advance of official decisions being released, Powell said.

Hlib Burtsev ’26, one of the Ukrainian students offered an advanced likelihood of admission, said Brown was his dream school and remembered being doubtful when he received his likely letter on March 15. “All my friends who had applied (and I) were like, ‘It’s too much, they cannot accept so many,’” he said. “I thought it was a mistake.”

“We wanted to let them know as early as possible about the likely outcome so that they could begin the potentially very long and complicated process of leaving Ukraine and coming to the U.S.,” Powell wrote.

One complication in Ukrainian students coming to Providence is the martial law currently in place in Ukraine, which requires men between the ages of 18 and 60 to remain in the country. “We are communicating with each of these students on a consistent and individual level to provide all the support we can,” Powell added “We are aware of the travel restrictions for young men in Ukraine and are pursuing all avenues available to help them.”

Oleksii Shebanov ’26, another Ukrainian admit who is particularly excited by the “freedom, community and the great academics” the University offers, did not expect “so much support” from Brown, he said. But he added that he remains worried about being able to leave Ukraine.

Temnosagatyi left Ukraine before his 18th birthday in early April to avoid having to remain in the country under martial law. He is now safe in Switzerland, he said.

“It is really good that universities such as Brown are giving opportunities to the young Ukrainian students,” he said. “We are all enthusiastic about gaining this education and returning to Ukraine to help rebuild our country, and I am really thankful that Brown supports us.”

Powell explained that he is expecting as many as 10 out of the 13 Ukrainian students to enroll.

He also commended the University for its recent efforts to increase the international student community’s presence on campus, including the recent initiative to make international admissions need-blind.

The University put this initiative into practice this year with Ukranian applicants, who were admitted based on “great academic promise, regardless of financial need,” Powell wrote.

Artem Kyrylov ’24, another Ukrainian student at Brown, said he was happy that the University was finally taking concrete steps to show solidarity with Ukraine.

“It’s important for everyone to do what they can to help in such scenarios,” Kyrylov said. “There is something that all of us can do to help those in need.”

Antara Chowdhary ’25, an international student, said she strongly approved of efforts to offer so much help to all Ukrainian admits and ensure their safety.

“I wish similar consideration was given toward other war-stricken countries,” she said. “It feels as though Brown is only willing to provide compensation for students from war-stricken countries that are of interest to the United States and is willing to ignore the struggles of others from Afghanistan or Syria who are going through similar issues.”

“Brown has a very strong history of support for students and scholars from Afghanistan and Syria, among other countries,” a University spokeswoman wrote in an email to The Herald. Brown admitted 14 refugee students from Afghanistan last year and hosted two Syrian scholars in 2016.

Kritika Shrivastava ’25 said that while Brown supporting humanitarian efforts is good, it is “very harmful … (to give) preferential treatment to particular victims and not to others.” She added that “there are so many wars and conflicts in places where the victims aren’t European, and the students from these places don’t get any advantages or benefits.”

“While interest from news media makes some efforts more visible than others, and while the nature of the need of individual students varies,” the spokeswoman wrote, “Brown provides a range of support to our students from around the globe whose families confront hardships.” 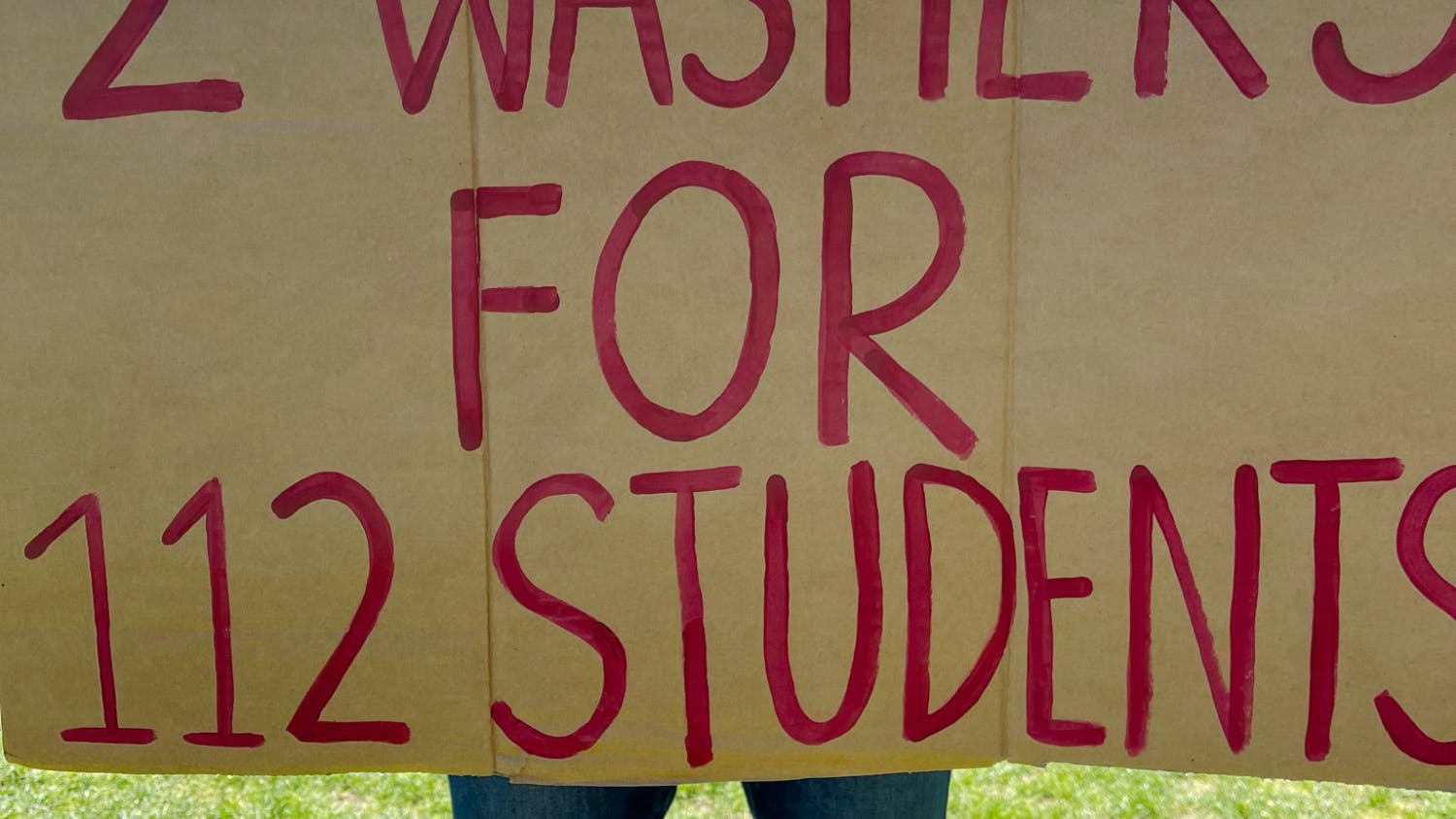