Gonzalo Cuervo, former deputy secretary of state and former chief of staff to R.I. Secretary of State Nellie Gorbea, is among four people who have officially declared their candidacy for the Providence mayoral election in 2022.

“Providence is this amazing city where I was born and where I've spent a lifetime working at the grassroots level as a small businessperson, as a city and state administrator, as an arts booster, as a nonprofit leader,” Cuervo said. “And I love the city. I raised my kids here,” he added, emphasizing that Providence’s next mayor will be tasked with handling many crucial issues.

Cuervo’s platform is focused on closing wealth and opportunity gaps, addressing the housing crisis, incorporating more green initiatives into city government and preparing the schooling system for when the state takeover ends.

Cuervo said he stands out among other candidates due to his “unique history” and diversity of experiences. He said that he is “the only candidate who has decades of experience, both in public administration at the highest levels in the city and the state of Rhode Island, and a track record of grassroots organizing as an activist.”

When Cuervo was younger, he was an activist and organizer who began working with nonprofit organizations and small business groups and owners. He owned his own small business in the 1990s, “a graphics and printing business on Broad Street,” that allowed him to publish his own magazine in Spanish. Most of his customers were other small businesses, so Cuervo said he “got to know their reality” personally.

Later on in his life, Cuervo served as communications director under former Providence mayor David Cicilline “at a very transformational time in the city's history where we were transitioning from a very corrupt, insider type of city government to a more open, transparent government.”

He also served as deputy secretary of state under Gorbea. During this time, Cuervo said he “played a critical role in passing landmark legislation for elections reform (and) lobbying transparency,” which secured “millions of dollars in funding to update our voting systems.”

Cuervo also noted his “combination and wealth of experiences: being the son of immigrants, growing up poor, having the opportunity to be a small business person, to be a community advocate, to work at multiple levels of city government.”

Cuervo added that there is a correlation between race and quality of life in Providence, stating that “a lot of our BIPOC community — people of color, Black, Latino, Southeast Asians — are in the lower percentiles of family wealth, homeownership, educational achievement, social mobility. We have to change that dynamic.” Because Providence is a majority-minority city, he said that “we can't continue to accept the status quo.”

One facet of this change is addressing the housing crisis, according to Cuervo. His platform suggests numerous solutions including increasing supply by “building or rehabbing 1,000 (housing) units a year in the city of Providence,” creating programs to help renters “transition into homeownership opportunities in an affordable, sustainable way” and “improving people's economic outlook so that they can afford to be homeowners.”

But Cuervo also maintains that his broader policies can help solve the city’s housing problem, policies that include “investing in our neighborhoods (and) the local economy, by channeling the city's own spending … to spend more money locally.” He added that the city should hire more contractors from minority- and women-led companies and vendors and Providence businesses to “keep more of that money circulating in the local economy.” If elected, he hopes to follow a model of localized investment used in other cities to create “a multiplier effect that impacts our communities positively.”

Cuervo emphasized the urgency of Providence’s housing crisis, highlighting that, without high-paying jobs, many Providence residents are not able to afford housing, and in turn are trapped in a cycle of poverty.

“We're losing human capital,” he said. “We're losing future superstars. We’re losing talent at an unprecedented rate, and we have to reverse that.”

In addition to addressing the housing crisis, Cuervo sees addressing climate impacts on the city as an essential priority. As such, he supports creating more green initiatives in Providence.

“There is no margin of error when confronting climate change,” Cuervo said. “We are literally at sea level. If the water rises three feet, downtown's underwater. This is a serious concern.” Cuervo said that while initiatives in Providence alone will not significantly affect the global trajectory of climate change, his goal is to be a “regional leader in adopting a green economy that not only has an impact on the environment, but also helps generate green jobs and stimulates the local economy.”

Cuervo also seeks to prepare the Providence school system for the end of the state takeover. He said that City Hall should be attempting to influence policies in the district at the state level through legislative proposals. He said that “we cannot continue to fail our children and we cannot continue to kick the can down the road … certainly there's a lot we can do. Certainly we can be advocates. Certainly we can create mechanisms for our parents’ and our students' voices to be heard. And certainly we can influence the (state) legislative process to effect change through that mechanism.”

A range of experience is what makes Cuervo stand out to José Batista, member of the state House of Representatives from Providence, who has personally known Cuervo for 15 years and has endorsed him in the mayoral race. Batista pointed to Cuervo’s upbringing and the fact that he “understand(s) the struggles that take place in the community.” Batista also said he values the experience Cuervo has had working in City Hall and recognizes that this dual experience allows Cuervo to “talk to different people, diverse sets of people, whether they're very powerful executives or whether they're people in low-income communities.”

Michael LeClerc ‘20.5, who grew up in Rhode Island and was involved in Providence politics during his time at Brown, is supporting Cuervo for similar reasons.

“I think it's the breadth and the depth of those experiences,” he said. “Whether it's as a community activist, as a city and state leader, as a small business owner. He really kind of understands every … pocket of the city and democratic politics.” A deep understanding of community stakeholders is unique among mayoral candidates, he said.

Batista also expressed excitement “about having the opportunity to have a mayor who has really detailed hands-on experience. He's handled the budget, he understands what the city spends money on and why. He's not going to need training on the first day,” he said.

Both Batista and LeClerc attest to Cuervo’s strong relationships and his dedication to providing a voice for the people of Providence. They emphasized that Cuervo’s connections to Spanish-speaking communities in Providence are important in serving all residents of the city.

LeClerc cited Cuervo’s brutal honesty about the “challenges that Providence faces as a city,” and specifically noted his creative policy proposals. One of his favorite parts of Cuervo’s platform, LeClerc said, is his idea to turn the Triggs Memorial Golf Course, an expansive public golf course on the west side of Providence, into affordable housing.

“It's one of the most innovative ideas to come out of a mayoral campaign in a really long time in the city,” LeClerc said. 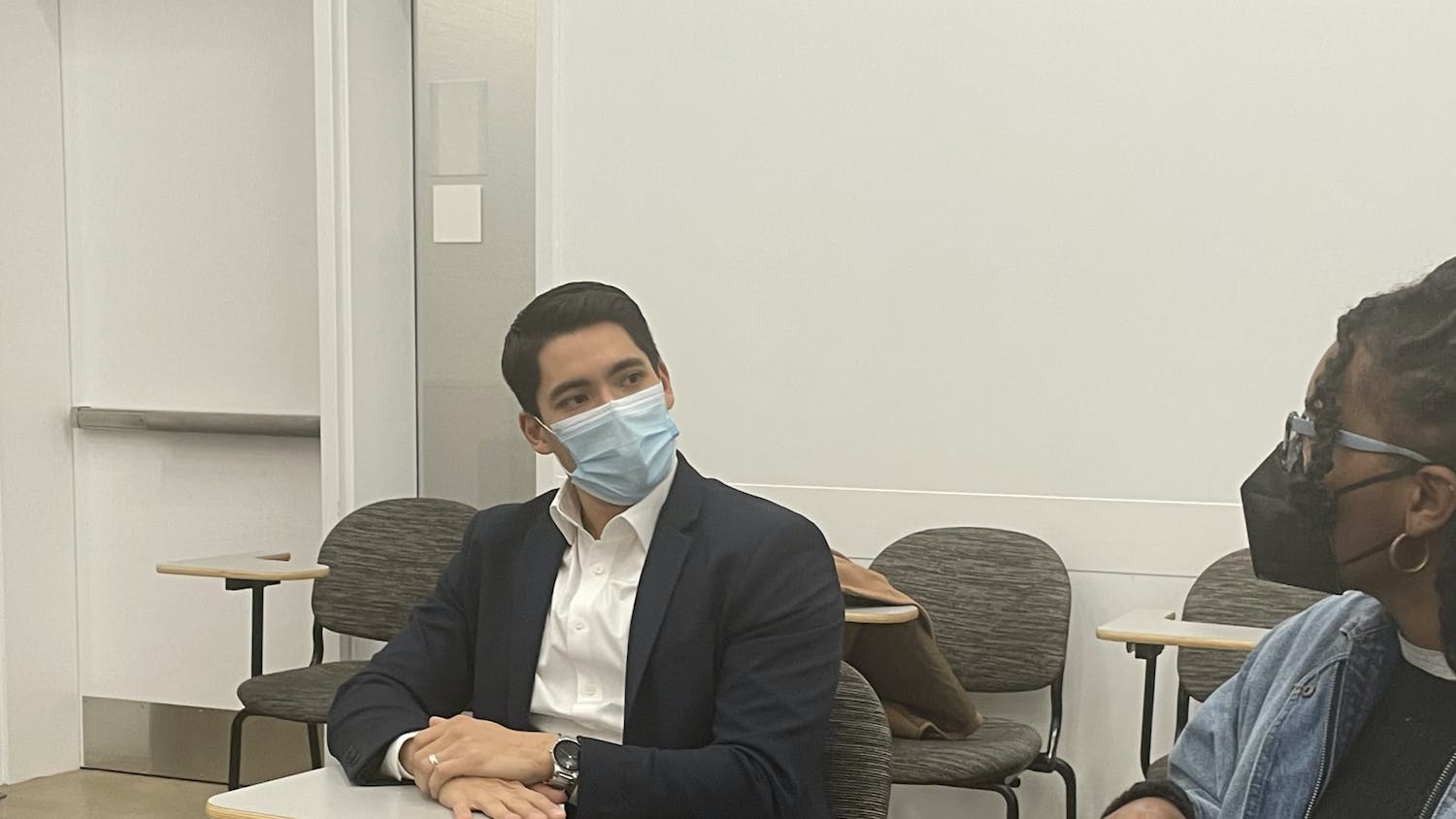 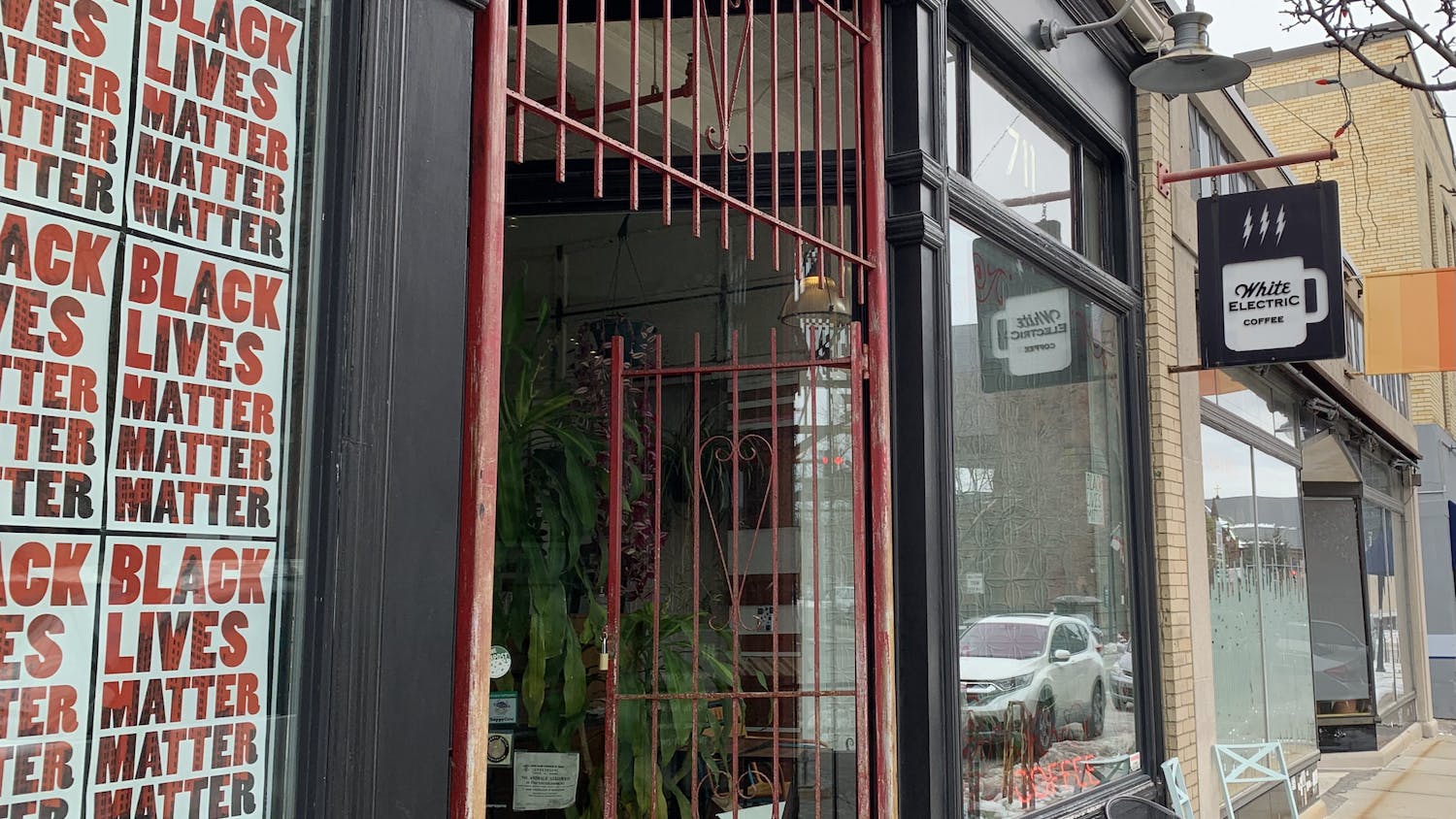