Late Sunday night, a flight carrying the men’s water polo team back from the West Coast landed in Boston. The team had embarked on a road trip through California beginning Friday in which they played three games in a span of just over 24 hours, arriving back on campus soon after midnight Monday morning.

“I spent three (hours) of our six-hour flight (to California) doing my computer science lab on the plane,” goalkeeper Kole Newman ’26 said. “If I wasn’t working on that, I was pretty much sleeping.”

All first-year students face a myriad of new experiences during their transition to Brown — attending orientation events, shopping classes, building new routines and acclimating to other elements of college life. For student-athletes, these experiences come in addition to a rigorous athletic schedule and adapting to new team dynamics. Three fall student-athletes spoke with The Herald about the unique benefits and challenges of their first-year experience and what they have learned in their first few weeks at Brown.

On the day that the men’s water polo team returned to campus, the women's soccer team also returned from a multi-day cross-country trip to Stillwater, Okla., where they fell to Oklahoma State University the day before. The Bears dealt with a flight cancellation en route to the game and battled extreme heat while playing away from home, The Herald previously reported.

While weekend trips typically occur only a few times per season, rigorous practice schedules are a regular part of a first-year athlete’s daily life. “The days are pretty packed,” said Naya Cardoza ’26, a forward on the women’s soccer team. A student-athlete might have “a sport-related event in the morning, go to class(es) … and then, on top of all of that, there’s things that you need to fit into the day,” such as eating, resting and completing coursework.

“The travel schedule has definitely impacted how I’ve been able to settle into my first year at college,” Jessie Golden ’26, a defensive specialist on the volleyball team, wrote in a message to The Herald. “We missed our first three days of classes because of a tournament we had in Texas, which was a great learning experience for our team. … It was definitely difficult, however, to learn about our classes after missing the first couple of days.”

“On our next travel days, I learned about sending letters to professors and was able to catch up on work on the bus,” she added. “It’s a grind but ultimately worth it in order to be a part of the Brown athletic and academic community.”

“We had practices for five hours daily during the orientation time, and then we had the Bruno Classic (tournament) as well during the tail end of orientation,” Newman said, noting he was only able to go to one or two orientation events. “I think that definitely limited my ability to meet people outside of my team, so I think I’m playing a little bit of catch-up there to try and meet some people.”

But Cardoza emphasized that spending so many hours with teammates in the weeks leading up to the start of the semester can provide first-years with a close-knit community of peers long before most students arrive on campus.

“I arrived at campus on the 14th or 15th of August,” Cardoza said. The early arrival “really does help (us) get adjusted. Even just having an extra week … makes a big difference.”

“Having people that are already like a family to you really helps in terms of taking classes for school, (as well as) support outside of school and sports,” she added.

Newman described a similar experience, noting that members of the water polo team had already spent time together even before the preseason began, giving him a “group of almost guaranteed friends,” he said. “I know that’s one thing a lot of people worry about is the social aspect (of) meeting new people, and I pretty much had that taken care of.”

He also noted that more experienced teammates often play a pivotal role in providing academic support and advice for first-year athletes. For example, teammates advised him to take a lighter course load in his first semester — guidance he plans to pass on to incoming teammates in the future.

Upperclassmen can also help first-years like Newman feel more comfortable socially. “The upperclassmen will always invite you to stuff if something’s happening and (are) willing to hang out,” he explained.

“The team and coaches have always been there when we need to talk about stress, being homesick or just when we’re having a bad day, which has been appreciated throughout this entire time,” Golden wrote. “The coaches and players have become a built-in family for me, and the returners on the team have been great role models in how to be a successful student-athlete at Brown.”

In addition to the sense of community formed among teammates, athletes had the opportunity to bond with athletes in other sports through events organized by the University. “We had a student-athlete barbecue,” said Cardoza, referencing an event that took place on Ittleson Quadrangle Sept. 12.

Newman attended the barbecue as well. “It was a good experience. (I) got the chance to talk with a lot of other athletes, both first-year and above,” he wrote in a message to The Herald. “It was a good chance to meet some new people.”

“There’s just a connection with all the other athletes,” Cardoza said of the bond between Brunonians across different sports. “Other sports teams come to our soccer games, and we go to their games as well to support them.”

“It’s honestly like a big community (of) athletes relating to other athletes,” she added, “and I appreciate that." 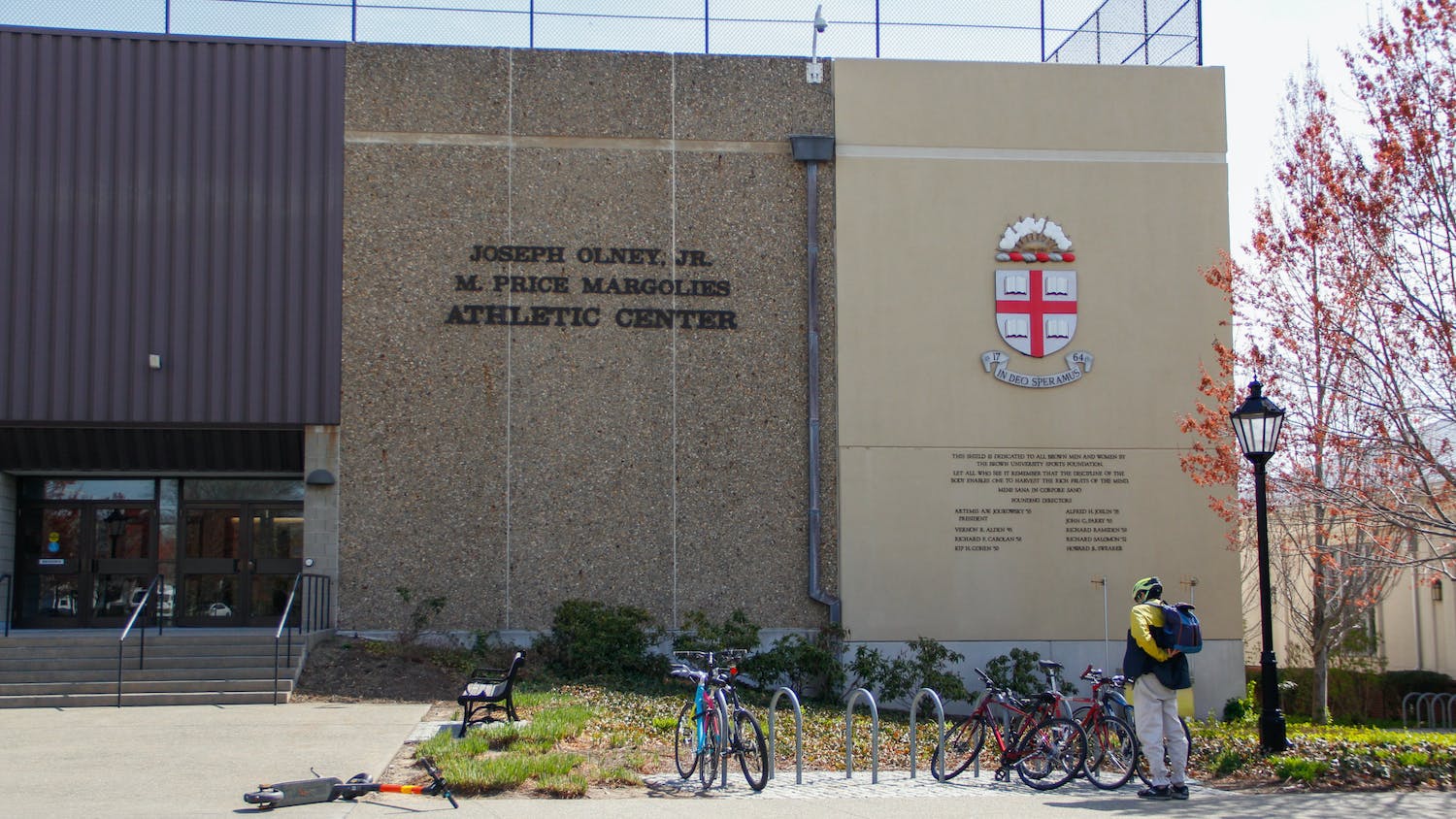