Chang ’23: What it means to be Taiwanese

As I heard a student’s impassioned speech advocating for the forceful unification of my country, my frustration began to boil over. I rushed to the restroom, only to see my teary reflection staring back at me. Quickly drying my tears as the bathroom door opened, I wondered when I had lost my ability to compartmentalize my Taiwanese identity from my country’s political reality.

While I have always understood there to be a tenuous relationship between Taiwan and much of the world, this knowledge did not always impact my sense of identity. However, as I have grown up, I have become increasingly aware of the prejudices leveled at the Taiwanese, both out of ignorance and hate. To avoid losing my Taiwanese identity altogether, I have had to develop my own sense of it, one that accounts for Taiwan as I see it.

In the past, I never hesitated to introduce myself as Taiwanese, not conceiving for a moment that geopolitics could color others’ perceptions of a child. I was blissfully ignorant of Taiwan’s complicated and tense history with China, shaped by the mainland’s distinct desire to reclaim my country. I also did not believe what I do now: that my country is a pawn in realpolitik games. It never occurred to me that this is what others conjured up in their minds when I introduced myself as Taiwanese, so it never bothered me.

Over the years, my introductions have been regularly answered with reminders of Taiwan’s forgettable status in the eyes of many. Seemingly innocuous replies referencing “curry” or “elephant riding” signal that only a handful of my peers know where Taiwan is and even fewer know anything about its culture. The once-mundane cliche icebreaker of “where are you from?” becomes an awkward pleasantry which requires a crash course in Taiwanese history and geography.

But even those who know little about Taiwan often know one thing: its recurring role in recent geopolitical conflict. Taiwan is constantly making headlines, almost always playing a thankless supporting role in global power conflict. Take one recent news event: House Speaker Nancy Pelosi’s visit to Taiwan was not seen as an exhibition of the United States’ genuine companionship with the island, but rather as a "provocative” chess move against American rival China.

Taiwan’s omnipresence in world affairs has left me with an impossible task of reconciling my youthful notion that Taiwan was a quiet Asian island with the now-obvious reality that Taiwan occupies a fraught position in the international order. My identity, my vision of my own country, is thus unwillingly entrusted to global superpowers.

Although Taiwan’s political fate and global status are in limbo, it does not feel right to identify as anything but Taiwanese. In spite of this, in recent years, I have sometimes found myself hesitant and averse to openly sharing where I am from with others. Perhaps I am sparing myself the awkwardness of introducing Taiwan to others. Perhaps I am making a futile and subconscious attempt to prevent people from defining or associating me and my nation with mere newspaper headlines. Perhaps I fear offending those who may have taken China’s side in the intractable conflict that has defined Taiwan’s recent history.

Coming to Brown, I hoped that this hesitance would fade. But headlines wrapping Taiwan into global hostilities persist, so in college, more than ever, it has seemed that political conflict is the only thing that defines my Taiwanese identity. Frustrating and emotional encounters with some students on campus, including ignorant comments and instances of harassment, made me cautious about openly embracing my identity and exploring potential friendships.

On the flip side, the joy many Taiwanese citizens are accustomed to expressing whenever an American official hints at visiting Taiwan also evokes in me an inexplicable sense of disgust and frustration. I sometimes feel helpless while my identity is repeatedly stripped and redefined by global superpowers like China and the United States. For a time, this dynamic had me introducing myself as someone who “came from Taiwan,” while ultimately identifying with my family in Philadelphia.

As I struggled to find a definition for what it meant to be Taiwanese, I turned to history, desperately trying to find something innate to the Taiwanese character that was not defined by global politics — a Taiwanese identity that was unique. During my reflection, I discovered many dark events that plagued Taiwanese history besides the troubles it faced outside its borders: historical and present discrimination against Indigenous tribes and the Nationalist government’s massacre of citizens in the 1940s, for example. But there are also examples of beautiful innovation and growth: Taiwan has transformed from a dictatorship into a stable democratic state and taken a stand on human rights by being the first Asian nation to legalize gay marriage. However, in spite of the breadth of Taiwan’s history, it still left me unsatiated. These historical tidbits seemed too impersonal to be the foundation of my identity.

While I am still searching for answers, I’ve come to realize that the Taiwanese identity cannot be defined by its homeland’s history or politics. Instead, I feel it is defined by our unabashed love and care for everyone. Taiwanese people have such an impressive capacity for love even though we are constantly beleaguered by threats of war and messy global politics.

I see Taiwan when one offers a seat to those in need during rush hour on the subway, an impressive and reflexive act of love and selflessness. I see Taiwan in the altruistic act of children wearing masks at the park in 90-degree weather when they are with their grandparents, making a conscious effort to keep them safe while spending time with them. I see Taiwan in the encouragement given to friends to try new things when they visit Taiwan, like eating stinky tofu at the night-market — something of a Taiwanese rite of passage. In all of these, I see testaments to how we treat people like family even if they are not. In all of these, I see Taiwan.

Though I have come to accept that Taiwan itself is inextricable from global politics, my identity is not. I am not defined by how China and the United States see my nation — instead, my Taiwanese identity is defined by love and the ability to love others. My hesitance to introduce myself as Taiwanese definitely still remains, but I have slowly learned to tune out the cacophony of global politics and antipathy of the masses, focusing on the little things that have helped me rediscover my pride in being Taiwanese.

Senior Column | Perez ’22: What entrepreneurship means to me 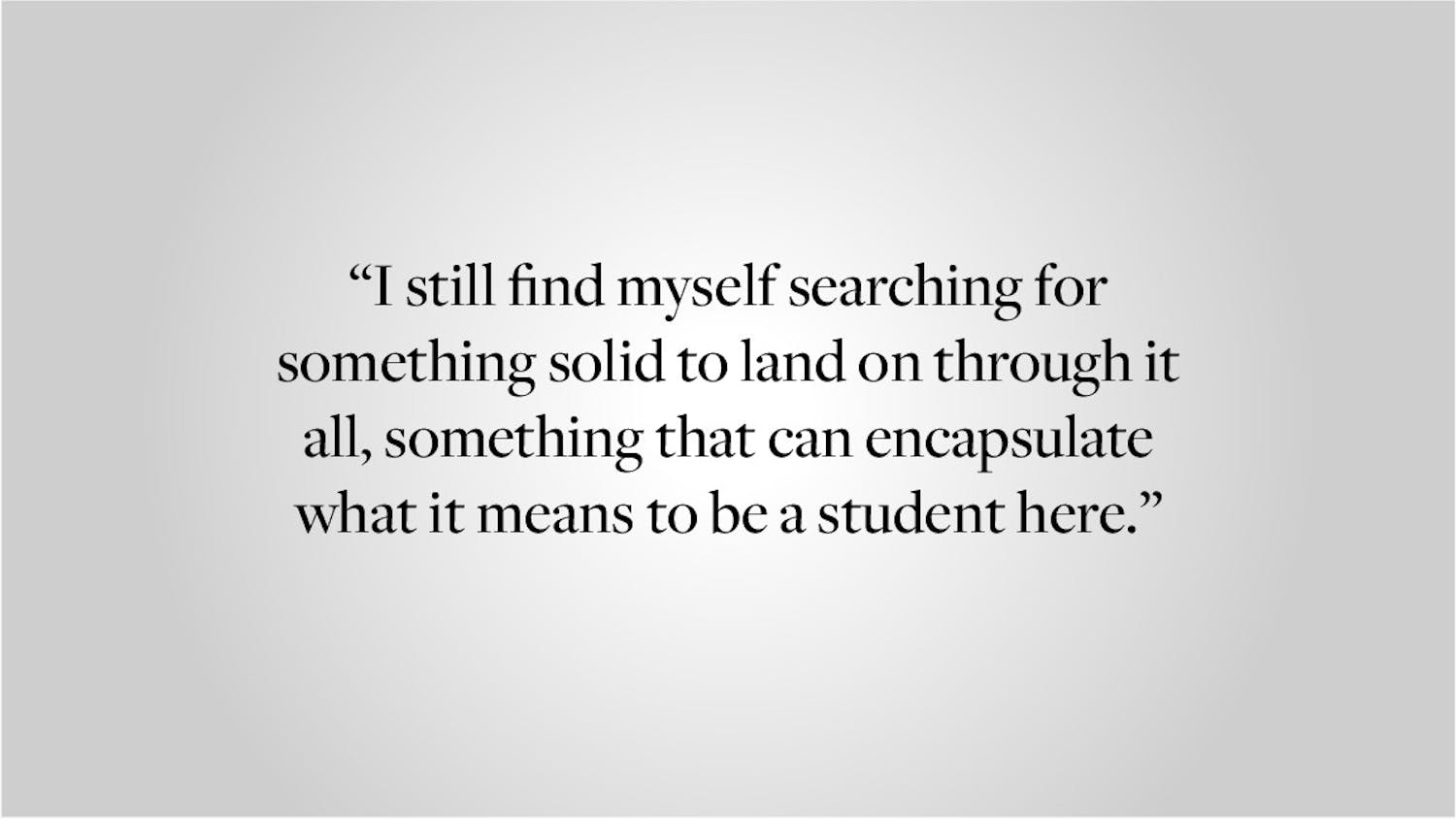 Simon ’25: After a tumultuous year, what does it mean to go to Brown?