DPS negotiations are still underway after beginning in summer

Three staff bargaining units on campus — facilities, libraries and dining services — reached agreements with the University on new contracts that will extend into fall 2024, according to union representatives and Marie Williams, vice president for human resources.

Contracts for those three unions, as well as public safety, expired in the last two years. Negotiations remain ongoing between the public safety bargaining unit and the University.

The facilities, libraries and dining services unions have ratified their respective agreements, with the dining services and libraries contracts still awaiting formal signature, Williams wrote in an email to The Herald.

Public safety contract negotiations began in summer 2022 between the University and the Brown University Security Patrolperson’s Association, which represents the Department of Public Safety in negotiations. The contract expired in June.

Negotiations for dining, facilities and libraries — all members of the United Service and Allied Workers of Rhode Island — took place between the University and USAW-RI representatives and included union stewards for each respective bargaining unit. After concluding negotiations with the University, draft agreements of the contracts were then ratified by the members of each respective union. The final step — not yet complete for libraries and dining services — is the University and bargaining units officially signing the agreement.

The negotiations, which typically determine wage scales and cost of living adjustments for staff, took longer than usual this year partially due to the pandemic, according to people familiar with the process.

Negotiations between the University and the facilities bargaining team wrapped in February. The union has ratified the new agreement, signed retroactively from the contract’s expiration on Oct. 13, 2021 through Oct. 12, 2024.

The dining services bargaining team finished negotiations with the University in April. The new agreement has been ratified by the union and will be signed for the period between the previous contract’s expiration on Nov. 1, 2021 and Oct. 31, 2024.

Dining services employees will receive a “responsible” raise in the new contract, said Rabbit Hoffinger, a union steward familiar with the contract who did not participate in this round of negotiations.

“A significant focus of (the facilities and dining services) negotiations was to update outdated agreement language and processes, along with employment terms and conditions,” Williams wrote. In the dining services contract, positions were also added at several dining halls and a “wide range” of part-time positions were elevated to full-time, according to Williams.

Hoffinger said that the contract stipulated the University hire new cooks and food service workers, positions that the University is in the process of filling. Last fall, Brown Dining Services employees described understaffing in dining halls, The Herald previously reported.

Negotiations with the libraries bargaining team wrapped in April, and the new agreement has been ratified by the union and will be signed for the period of Oct. 1, 2020 to Sept. 30, 2024, Williams wrote.

The libraries and dining services negotiating teams have reviewed the final language in their respective agreements and are now ready to set a date for the formal signing of the contracts, said Amy Cardone, business agent for USAW-RI.

“We are actively negotiating in good faith now and look forward to continuing to work productively and collegially to a mutually beneficial agreement,” Williams wrote.

Karen Burks, president of the union, said that negotiations are still in their early stages. She declined to comment further due to their ongoing nature.

In this most recent bargaining round, facilities, libraries and dining services negotiations went on much longer than they have in the past, a product of a more “belabored” negotiation process as well as challenges created by COVID-19, said Karen McAninch, former business agent for USAW-RI who served as the chief negotiator for all three contracts.

The bargaining units typically negotiate over a few key issues, such as pay and health benefits, but “this time, in all three (contracts), there was a lot of minutia that we had to deal with,” McAninch said.

When asked about the length of negotiations, Williams wrote that the University believes they should “take the time needed” for both sides to come to an agreement.

According to Williams, some meetings had to be conducted over Zoom and there was “limited time” available to meet in-person. Hoffinger agreed, citing pandemic safety precautions as the main reason for the unusually long negotiations. The most recent round of dining services negotiations lasted six to seven months, twice as long as they normally take, Hoffinger said.

Cardone acknowledged that the pandemic prolonged negotiations and said that many union members were “frustrated” with their duration. In the next round of negotiations, the union hopes to complete negotiations “in a (more) timely manner,” she said, instead of letting them “drag on for months and months.”

McAninch recently retired from her role representing University unions after finishing this round of negotiations for the three union-affiliated units, she said. McAninch served as the business agent at USAW-RI since 2003 and has served as a University union representative for over 40 years in a variety of roles.

After negotiation on the issue in all three contracts, the University agreed to compromise on a revised definition of past practice, borrowed from the Providence Teachers Union contract. The definition requires past practices to be clear, “unequivocal” and “in existence for a substantial period of time.”

“We were fine with the way things stood before, but (the new past practice definition) doesn’t harm us in any significant way that I am aware of,” McAninch said.

USAW-RI also successfully added new language to all three contracts related to pandemic-related changes in job descriptions, such as allowing employees to appeal University designations of their jobs as either hybrid or remote, McAninch said.

Additionally, in the dining services and facilities contracts, the University attempted to change the wording surrounding what plans it could choose as employer-provided health insurance, but was unsuccessful, McAninch said.

When asked about the proposed changes to health care plans, Williams declined to respond “out of respect for the importance of working through specific points directly with union leaders and not through the news media,” she wrote.

“The University and the unions believe in and accept the collective bargaining process as the means for working together to reach mutually agreeable terms,” Williams wrote. “A shared commitment to working together collegially has ensured productive negotiations for many years, and that has continued to prove true in our bargaining efforts in recent semesters.” 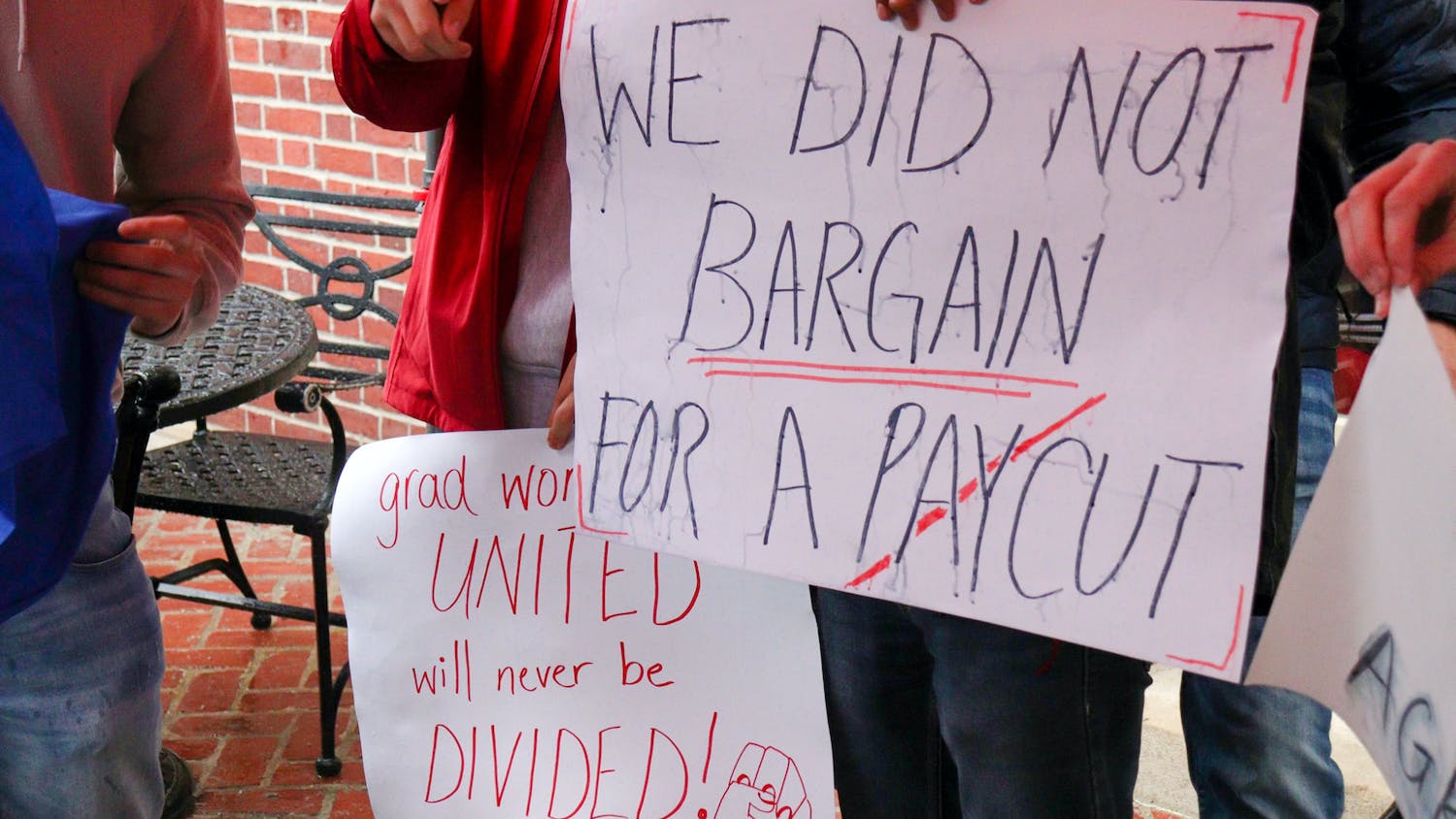 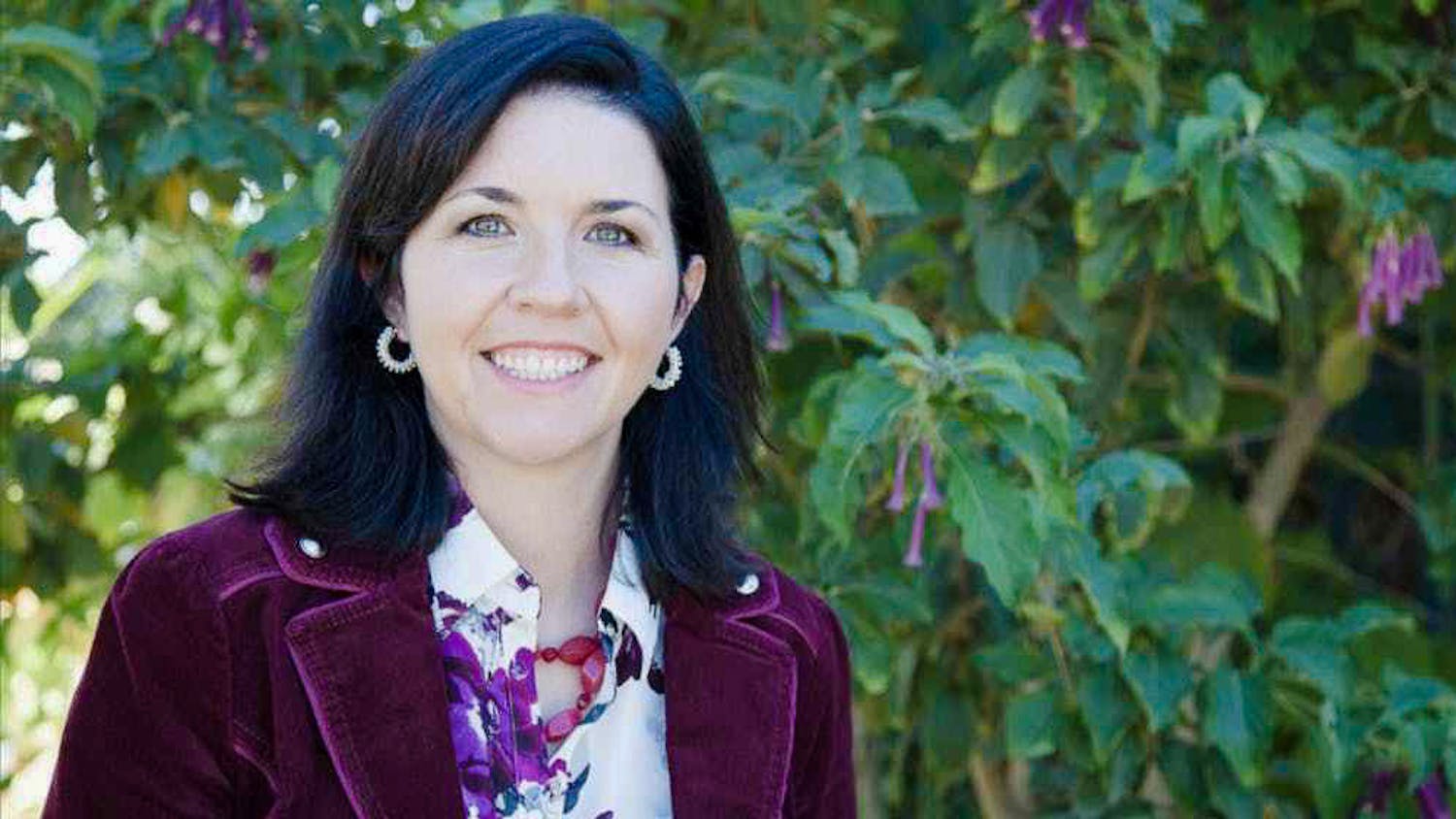