After Leona Hariharan ’23 received doula training from Mama Glow, a maternal health education organization, in September 2021, she began to consider how she could create similar opportunities for students interested in learning about reproductive justice on Brown’s campus.

Last November, Hariharan officially established Doulas@Brown, a “BIPOC-centered reproductive justice organization,” she said. Since then, Hariharan has been working to educate students about reproductive justice and birth work and has aided in the development of a University course for next semester that will offer doula training for students.

According to Hariharan, Doulas@Brown trains students to become practicing doulas in the Providence community and helps bring reproductive justice initiatives to campus. The organization recently completed its educational campaign titled “What’s a Doula?” and is hosting a screening of “Belly of the Beast,” a reproductive justice documentary, next Tuesday.

But “we are first and foremost a community-based organization,” said Elisa Kim ’24, co-president of Doulas@Brown. “We support the already established doulas in (Providence) and really look to them to (inform) us about what the community needs.”

Bintou Diarra ’23, communications director of Doulas@Brown, said improving the University's relationship with the broader Providence community is a major priority for the group.

“Because people at Brown tend to be coming from a more privileged position and positions of power,” Kim added, “we have a sort of responsibility to protect and nurture birthing people as the most important people in our society.”

In order to approach community work with sensitivity, Doulas@Brown chooses not to work autonomously beyond campus, Hariharan said. Instead, the group collaborates closely with national maternal education groups such as the Rhode Island Birthworker Co-op and Mama Glow to connect with and learn from Rhode Island doulas.

Mama Glow in particular has been instrumental in the club’s development, according to Hariharan. While the organization is based in Brooklyn, it is associated with doulas all over the country, including in Providence, she added.

Latham Thomas, founder of Mama Glow, was not available to comment by press time.

Mama Glow has facilitated connections between Doulas@Brown and the larger network of Rhode Island birthworkers, trained many of the club’s members through their six-week course and sponsored the group’s federal work-study program, Hariharan said.

Through the Swearer Center for Public Service’s Community-Based Learning and Research Fellowship, Hariharan has collaborated with Thomas and Sarah Williams, visiting assistant professor of anthropology and gender studies, to develop a new course for next spring that will provide 20 students with doula training and reproductive justice education.

“In classes on reproductive health, rights and justice … students get so passionate,” Williams said, “and there’s not always something to pour (that energy) into.” The course will have a reproductive justice seminar component taught by Williams, and students will be able to apply what they learn to their doula training in the class’s lab component, which will be led by Thomas.

Training student doulas will also help to meet demand for holistic birth work in the community and nationwide, Williams added. Many Brown students do not stay in the area after graduation, so students who complete this course will be able to bring their skills and knowledge wherever they go, she said.

“Our goal is to first of all (let students know) that doula work is something that you can do after you graduate,” Hariharan said. “You go to an Ivy League and people are like, ‘Oh, you’re going to become a doctor right?’ But there are midwives, nurses (and) doulas.”

Doula training also emphasizes self-care, which is often lacking in academia and medical education, Diarra said. “The fact that (doula training) makes you question, ‘What am I doing for myself to make sure I can show up for these people?’ is just so different from how the medical establishment trains its physicians.”

“It’s also just very healing” to do doula work, Hariharan added. “It can help you heal your relationship with medical systems, your body and so on.”

By spreading information about doula work, Diarra hopes that Doulas@Brown can take some first steps toward decreasing rates of traumatic birthing experiences and maternal mortality.

Compared to other developed countries, the United States has disproportionately high rates of maternal mortality. These disparities tend to hit historically underrepresented and underserved populations the hardest, Kim said.

“It should not be this hard to have kids and raise kids in our society,” Williams said.

In the U.S. birthing model, “a natural process is pathologized and it’s (viewed as) something that has to be fixed, ordered (and) structured,” Diarra said.

“I think we’ve gotten to a point where we think it’s enough to just survive birth,” Diarra said. She expressed hope that one day the U.S. will reach a point in birth care where the process will focus on empowerment. In order to do this, Diarra said, students entering the field of obstetrics and gynecology after graduation must be holistically informed on birth practices and be able to push back against high-intervention methods.

Given the recent changes in reproductive rights throughout the U.S. following the Dobbs v. Jackson Women’s Health Organization decision that overturned Roe v. Wade, Doulas@Brown also plans to continue its support of birthing people and their full range of reproductive rights.

In partnership with BWell Health Promotion, Doulas@Brown is in the process of launching an abortion support program, which will train club members on how to help students who need abortion support both emotionally and logistically. Hariharan hopes to eventually expand the program to other universities around Rhode Island.

“The doula framework isn’t just about birth and postpartum,” Hariharan said. “There are bereavement doulas and there are also abortion doulas.”

Kim said she hopes that the future of Doulas@Brown lies in working with different reproductive justice organizations in Providence and on campus. This way, the group can reallocate the University’s available resources in order to better serve people in need.

“We all really want to change the system and obviously we need help, awareness, collective power and community to do that,” Kim said. “Hopefully in this lifetime we can see it change."

Correction: A previous version of this story incorrectly identified one of the national maternal education groups Doulas@Brown collaborates with. The Herald regrets this error. 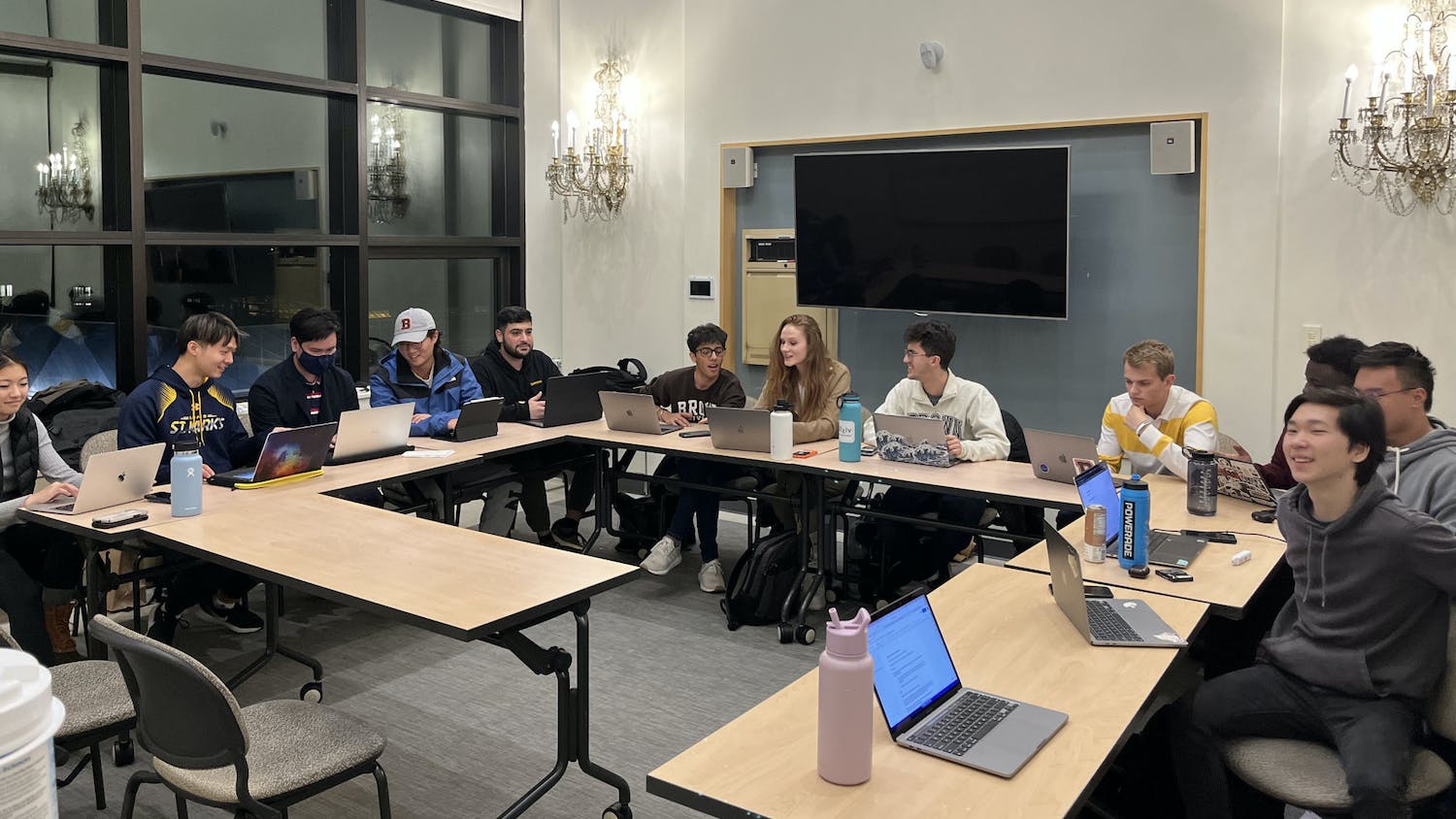