Each semester, a swarm of students runs nude through the John D. Rockefeller, Jr. and Sciences Libraries, delivering donuts to their peers in the most prominent example of nudity on Brown’s campus. The Naked Donut Run is a tradition that has existed for decades, with The Herald first taking note of the sugary streak in 1998.

The Naked Donut Run marks just one tradition in a long history of Brown students stripping down. Nudity-related events over the University’s history have included visits from Playboy magazine, naked yoga and a party called Sex Power God which prompted critiques of Brown’s culture from Fox News commentators.

The Herald spoke with students and community members regarding the history of nudity on campus and what role it plays in Brown’s culture today. Students pointed to Brown’s liberal-leaning tendencies, the freedom and body positivity nudity can bring and the general prominence of stripping down in college life across the country as reasons nudity has left an impact on College Hill. Historically, nudity on campus has sparked conservative criticism and discomfort, but many students said it is simply part of what makes Brown, Brown.

The Naked Donut Run’s organizers noted that, for years, the event has represented a mixture of freedom, body positivity and spontaneity for the campus community.

“I feel like it is just a combination of, ‘Have fun, don’t think too much,’” said Olivia Duba ’22, organizer of last year’s Naked Donut Run. “But then also an underlying message of the less we care about the aesthetics of our body the more fully we’re able to live in them.”

The process is simple, though a little secretive, Duba explained. Prospective runners are recruited directly or through word of mouth. When the time comes, usually less than an hour before, organizers call everyone and tell them where to meet, said a past organizer who wished to remain anonymous to avoid professional repercussions.

“A big part of it is calling Dunkin’ Donuts and convincing them that this is not a prank call — this is a real order of over 1,000 donut holes and I will be coming in to pay for them,” Duba said.

With donuts in hand, the runners dash to the Rock and SciLi, where their peers may be studying for finals — or awaiting the sight of a throng of naked people.

“I knew it was a thing, but I didn’t know that it would actually happen,” said Vicky Chen ’24. “It seems like people would be punished for it because of public indecency and things like that.”

Campus rules on bearing it all

The University’s most recent Code of Student Conduct makes no mention of nudity or public indecency in its pages. In a 2018 to 2019 review of the code, a committee recommended that the University come up with a campus-wide nudity policy, according to Kirsten Wolfe, associate dean and associate director of student conduct and community standards.

The recommendation came after concerns by committee members about victims of sexual assault “being confronted with naked bodies” on campus, such as through the Naked Donut Run, Wolfe said. The committee said that a separate University group, however, should investigate what that policy should look like due to the politicized and complicated nature of nudity.

“We decided it wasn’t something that our office was going to make policy on, but that if the University made policy on it that we would enforce it,” Wolfe said. “To my knowledge there’s been no movement from the University to do that.”

In the past, Naked Donut Run participants have designated the fourth through sixth floors in the SciLi and the absolute quiet room and Level A in the Rock as safe spaces for those looking to avoid the event, according to another recent organizer and runner who requested anonymity to avoid professional repercussions.

How naked is Brown?

It is not unusual for colleges to have rites that rely upon nudity as a central premise. Yale is home to a tradition almost identical to the Naked Donut Run in which students run naked through a library during finals and hand out candy instead of donuts.

Nicholas Fah-Sang ’22.5 said that the level of nudity and sex at at Brown is “on par” with most colleges but noted that “Brown does a lot of stuff that’s out of the norm … and it’s not just nudity.”

“I think it’s so Brown,” said Addison Kerwin ’24, who ran in the Naked Donut Run last spring. “Obviously it means not wearing clothes, but I think nudity and an openness and a vulnerability are kind of associated. I think people here tend to be really open.”

Kerwin said that she went into last year’s run with the goal of taking pressure off her body and self-image. She also hoped that running would help her take herself less seriously. Having never seen the Naked Donut Run before, she said she was nervous but ended up having “a really good time” and “got a lot out of it.”

“I now view my own body and other people’s bodies in a different light,” Kerwin said. “There’s something really honest and normal about running around naked.”

The enthusiasm for being au naturale expands beyond the Naked Donut Run. Jarrett Fernandes ’24, a member of Brown University's Naked Society, said that he sees “overlap” between nudism and Brown’s culture, even if they ultimately exist separately.

“Things like inclusiveness are obviously things that are both important on campus, and it’s also a big part of nudism,” Fernandes said.

“I think it does match the liberal aurora of Brown,” said David Wilson, senior library assistant at the Rock. “We’re progressive, and we’re okay with nudity.”

Wilson said he first saw the run as a security guard in the SciLi in the late 2000s.

“They ran downstairs, and you could hear all of the screaming and yelling,” Wilson said. “Everyone got a big laugh out of it.”

The early days of going clothes-free

“Streaking has taken American campuses by storm, and the Ivy League citadel of Brown University has not been excepted,” reported the photo caption of a 1974 edition of The Herald. The article included stories of 40 streakers riding piggyback through Wriston Quadrangle on a Thursday evening, and streakers John and Rick dashed into the Sharpe Refectory while “wearing only a hat and a mask” to the shock of lunch-goers.

It was during this time period that “streaking had a moment,” according to Jack Wrenn PhD’21, former columnist at The Herald. Wrenn is a founding member of B.U.N.S. and the Inning Club, which is “essentially the John Hay Library for everything Brown doesn’t want put in the John Hay,” he said, as the club seeks to document un-official, controversial or risque histories.

He also enjoys scouring The Herald archives, even writing a column on the history of nudity at Brown last year.

The “highlight of nudity in this period was absolutely in 1983,” Wrenn said, when a police car chasing a streaker “pummelled” then-Herald Executive Editor Fred Brodie’s ’84 yellow Toyota.

“The Herald, of course, broke the news,” he added.

“All the elements of a sensational story fell on the back steps of The Brown Daily Herald two nights ago,” when “a streaker proudly flashing his genitalia under a full moon in the cold midnight air” was chased by police, the story read.

Yet, “Brown’s first really well documented brush with nudity” came in 1954, when Playboy magazine arrived at Brown, at least in the form of mailed subscriptions, Wrenn said. It was then that an enterprising young undergraduate named Gerald Levine ’58 “recognized that there was something of a market opportunity here,” according to Wrenn.

Levine first pitched Brown’s then-Dean Edward Durgin on selling the magazine in University newsstands but was promptly shut down, according to a 2018 piece he wrote in his class’s alumni newsletter.

This was the first of several Playboy “visits” to Brown, which included a Christmas party in Jameson House organized by Levine and sponsored by Playboy only three years later, Wrenn said.

The magazine returned to College Hill in the late ’70s, announcing that it was “scanning the Ivy League for a cross section of women” for its September 1979 issue in an advertisement for The Herald. The running of the advertisement caused controversy among women’s rights groups, as did Playboy’s later visits to Brown in 1986 and 1995.

In 2005, Sex Power God, a party hosted annually by Brown’s Queer Alliance in Sayles Hall, came under fire by Fox News in a segment airing on The O’Reilly Factor. Producer Jesse Watters snuck to the party and filmed the event without attendees’ consent, including scantily clad Brown students dancing.

“The first thing I saw was just pure debauchery,” Watters told O’Reilly during the segment.

In the wake of the segment, students appearing in the footage described feeling “violated” after being filmed by Watters without their consent, The Herald previously reported. The party’s popularity continued nonetheless, with some students sleeping all night in the Leung Gallery in order to buy one of the almost 600 tickets available in 2008.

In 2014, the party was discontinued after safety concerns arose from anecdotal accounts of sexual harrassment during the previous years’ gatherings. A post from Queer Alliance leaders at the time called Sex Power God a “violent space” which the board could not “in good conscience continue perpetuating.”

“Everyone would just go and dance and have fun and be naked,” Restrepo said.

Madison Lease ’23.5 had not heard of Sex Power God, but after learning the party’s original location, she was not suprised.

“Sayles is the most sexy building, so I would expect that’s where it would take place,” she said.

Nudity in the Upspace

Fox News returned to College Hill in 2013 to cover an event known as Nudity in the Upspace, dubbed “Nudity Week” in the segment.

“Nude yoga, that sounds like a bit of a stretch,” quipped Watters, who spent much of the segment mocking the program and asked a female student if her father knew she was participating in the naked events.

The week-long series began in 2012 and was founded by Becca Wolinsky ’14. The event was held annually until recent years, featuring events such as naked theater, body paintings and lectures on nudity. The organization’s missions included fostering a deeper understanding of bodies, discussing nudity’s intersection with different identities, like race and class, and “using the naked body as a forum” to discuss “issues of body presentation and cultivate self-acceptance,” according to a 2018 Facebook post by the organization.

“It was sort of the hub on campus in the 2010s for anything naked,” said Wrenn, who attended a nude dancing event in 2018 in which an audience of 12 to 20 people were taught a choreographed dance by an instructor.

The 2013 Fox News coverage also prompted a response video from the Brown Political Review, which interviewed students about their reaction to the segment. The interviewees expressed frustration at the segment’s treatment of women and Nudity in the Upspace being taken out of the context of its aims.

“I see it as a lot more than an opportunity for students to just get naked. It’s pushing back on this idea that the human body is just something to satisfy someone else’s gaze,” said Radhika, one of the students interviewed.“I had no idea that we were going to get the coverage that we did, absolutely no idea,” Camila Pacheco-Flores, an event coordinator in 2013, told The Herald in October that same year.

At the end of one interview by Watters near the SciLi, the interviewee turned things around on Watters, asking him questions about Brown’s infamous Naked Donut Run.

“Do you think Bill O’Reilly would accept a donut?” the student asked.

“Well,” Watters responded, “he does have a very strong appetite.” 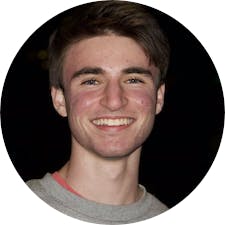 Jacob Smollen is a Metro editor covering city and state politics and co-editor of the Bruno Brief. He is a sophomore from Philadelphia studying International and Public Affairs. 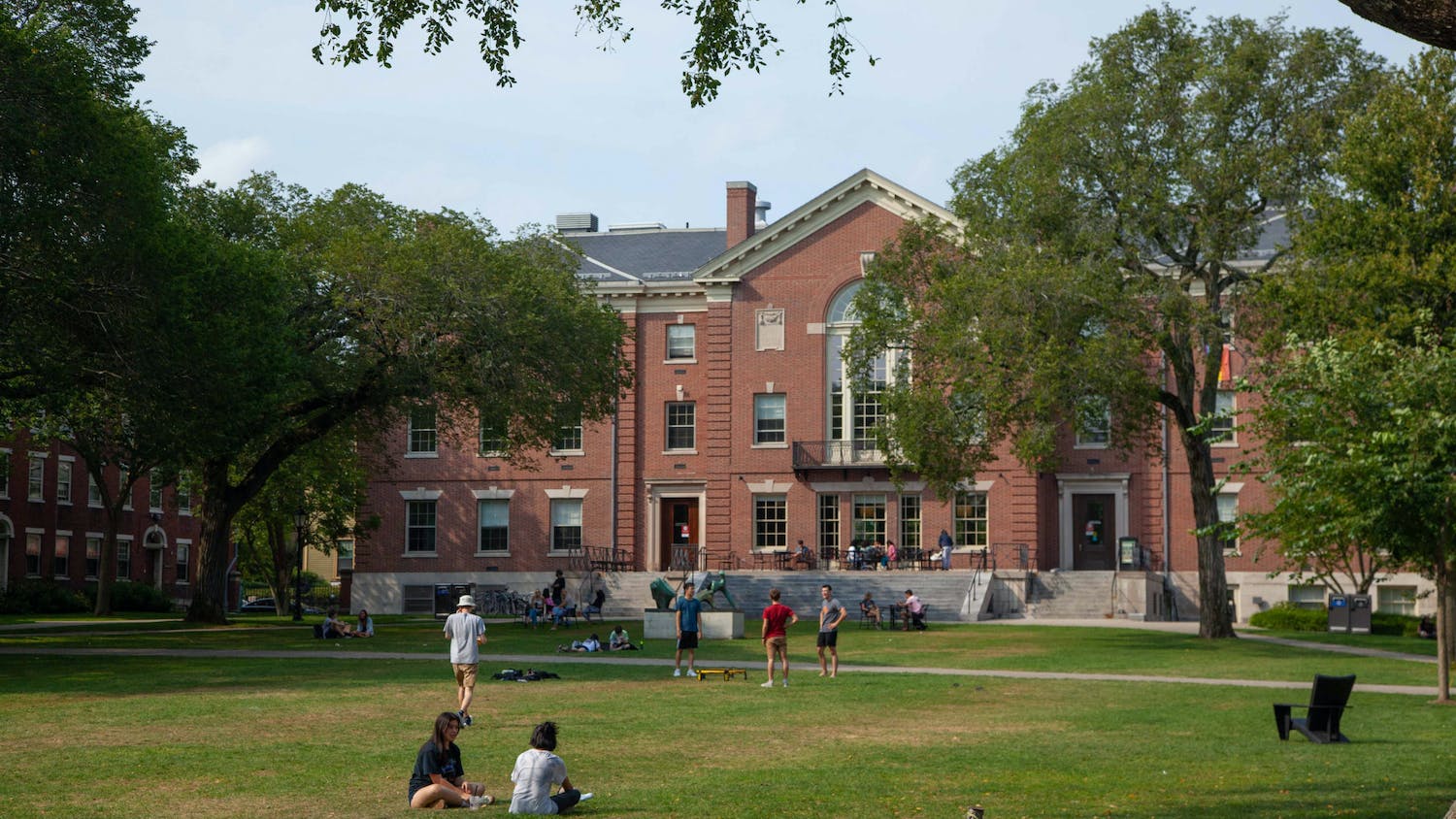 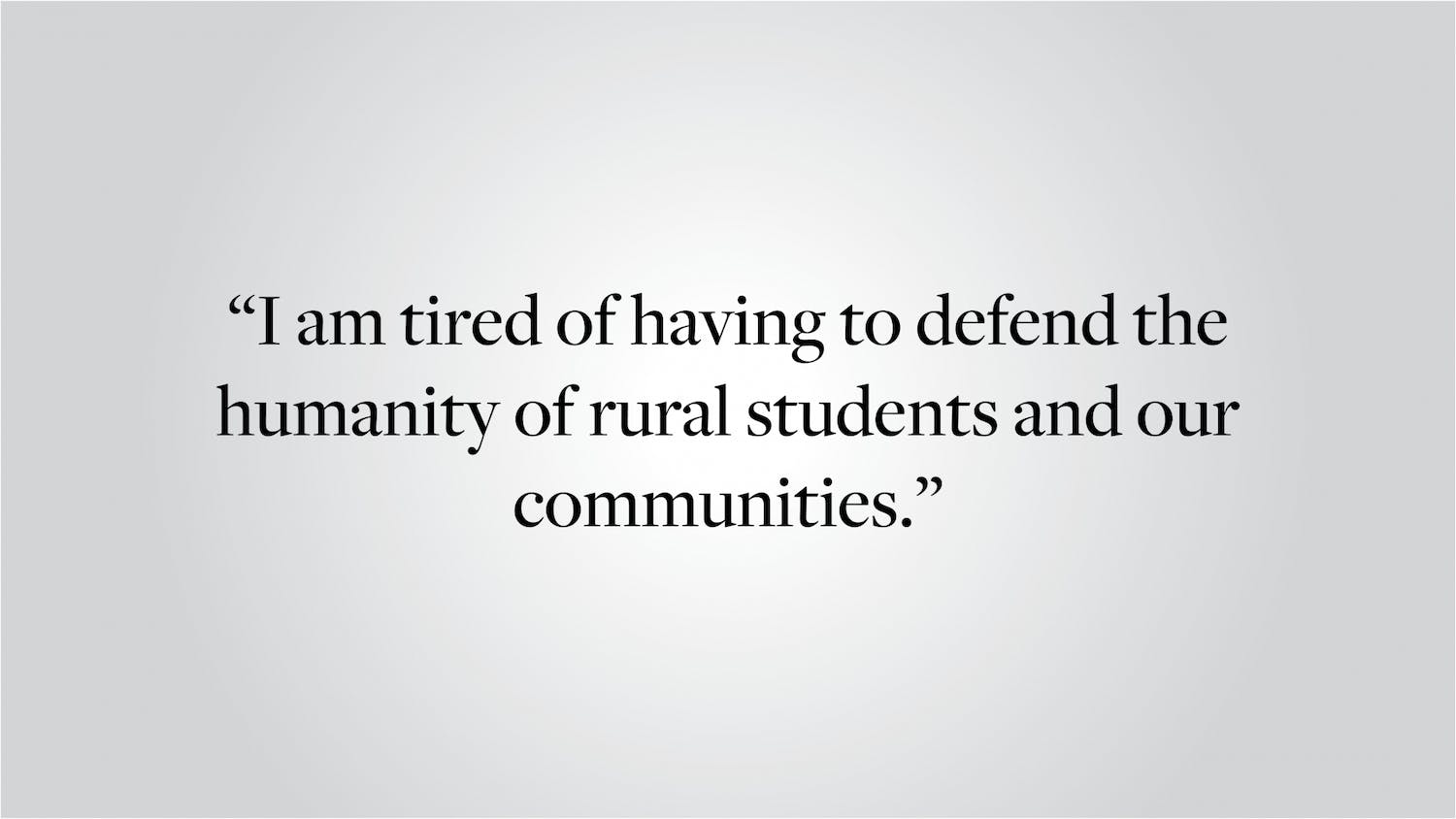