Volleyball bounces back with weekend victories against Columbia, Cornell

After losses to Princeton and Yale over the last two weekends, Bruno found its stride again, defeating Columbia 3-1 Friday night and rallying to overcome a 2-0 deficit against Cornell Saturday night.

Driving the Bruno win against the Lions, Sophia Miller ’23 exploded for 21 kills and hit .514 in the match, with Kate Sheire ’24 adding 16 kills. Ella Park ’26 guided the offense with 49 assists as the Bears hit .346 overall to win in four sets against Columbia.

Defensively, Bruno held the Lions to .220 hitting using strong net defense. The team finished with 14 blocks, 10 of which Gabby Derrick ’25 had a hand in. Brown’s backline defense was led by Jessie Golden ’26, who had 12 digs.

With the Bears down 18-12 in the first set, two straight kills by Sheire and two straight service aces by Miller fueled a 7-2 run to narrow the deficit to one. The teams scored back and forth as set point approached, but Bruno took the last four points with the help of kills by Beau Vanderlaan ’25 and Miller to win the set 25-23.

Brown went behind early in the second set, with Columbia earning an 8-4 lead. The Bears then went on a 5-0 run, marked by a service ace from Park and a kill by Sheire, to give the Bears a 9-8 advantage. The score was tied 20-20 toward the end of the set before Columbia scored twice in a row. Bruno answered with three straight points, but the Lions countered with their own three-point run to close out the set 25-23.

Brown took control of the third set midway through, using a 7-2 run to go up 16-10. The Bears then delivered a 7-0 run with three kills by Miller, two by Derrick and one by Jilienne Widener ’24 to earn set point at 24-12. Columbia scored once before Miller closed the set with another kill.

Bruno went on a 6-0 run early in the fourth set to take a 6-2 lead, but the Lions responded with a 7-2 run of their own, bringing the score to 9-7 in favor of Columbia. Neither team scored more than three points in a row until the end of the set, when Brown scored four straight points with kills by Widener and Park to take a 20-19 lead. With the score tied at 21, the Bears earned three straight points to take set point at 24-21. Columbia scored twice before Sheire closed out the night with a kill for a 25-23 set victory.

Miller led Brown again with 20 kills and added 11 digs for a double-double in Brown’s comeback victory over the Big Red. Vanderlaan had 10 kills on .500 hitting and posted seven blocks and three service aces. Sheire also added 10 kills and three blocks, while Park finished with 46 assists and four aces.

The Bears found themselves down 2-0 early in the match after hitting .216 and committing nine errors across the first two sets. Bruno lost the first set 25-16 and the second set 25-21.

Miller said she encouraged her teammates to come together and play harder after going down 2-0. “After those first couple sets, we were so angry, and I had to get everyone on board with having that fire,” Miller said. “We had to come back with the reverse sweep. That is one of the hardest things to do in volleyball. We had to have that fire for that.”

The advice Miller offered her teammates was simple: “Hit hard, hit high. That’s all we had to do,” she said.

In the third set, Brown took an 11-5 lead as Sheire struck for three kills, Park and Vanderlaan each had a service ace and Kayla Griebl ’25 added a kill. The Bears went on a 5-0 run midway through the set with a kill by Miller and an ace by Park to go up 19-9. Bruno closed the set 25-12 with a 4-0 run, the final two points resulting from errors by Cornell.

Cornell went on a 6-0 run at the start of the fourth set, leaving Brown down 11-5. The two teams traded points, with Cornell eventually coming to a 19-14 advantage. The Bears then rallied for a 5-0 run with two kills by Sheire and an ace by Golden to tie the score at 19.

The Big Red scored the next two points, but Bruno went on another 5-0 run fueled by two kills by Vanderlaan and a kill by Park to earn set point 24-21. Cornell scored once more before Vanderlaan struck for another kill to take the set 25-22 and force a fifth.

In the final set to 15 points, Brown wasted little time before going on a 7-0 run to take a 9-4 lead. Two kills by Vanderlaan and one apiece by Griebl and Miller contributed to the advantage. Cornell scored one final time before the Bears completed their comeback with a 6-0 run to take the set 15-5, with three points coming from kills by Miller.

Head Coach Ahen Kim commended Miller for her leadership on and off the court. “I’ve been here for four seasons and I’ve never seen a player single-handedly carry us through a match,” Kim said.

“Usually it’s a sport where you generally win by committee. But there were scenarios where she was getting every ball and scoring,” Kim added. “That’s a senior saying, ‘I want to go out doing everything I can, laying it on the line,’ and I think she just set a new standard for what great looks like for us.”

Kim said he appreciates the leadership of the returning players who guided first-years Park and Golden as they played major roles for the Bears over the weekend. “To me it’s our veterans, Beau (Vanderlaan), Kate Sheire and Sophia Miller who really (said) ‘I’m with you,’ ” Kim said. “That eventually cracked and broke through, so I’m really proud of those guys.”

Derrick said that she translated the momentum from her 10 blocks against Columbia into her attitude for the Cornell match. “I just wanted to carry that into today and bring a positive energy and just be someone reliable for our team,” Derrick said.

The Bears look to continue this momentum as they take on Penn Friday at 7 p.m. and Princeton Saturday at 5 p.m. on the road. 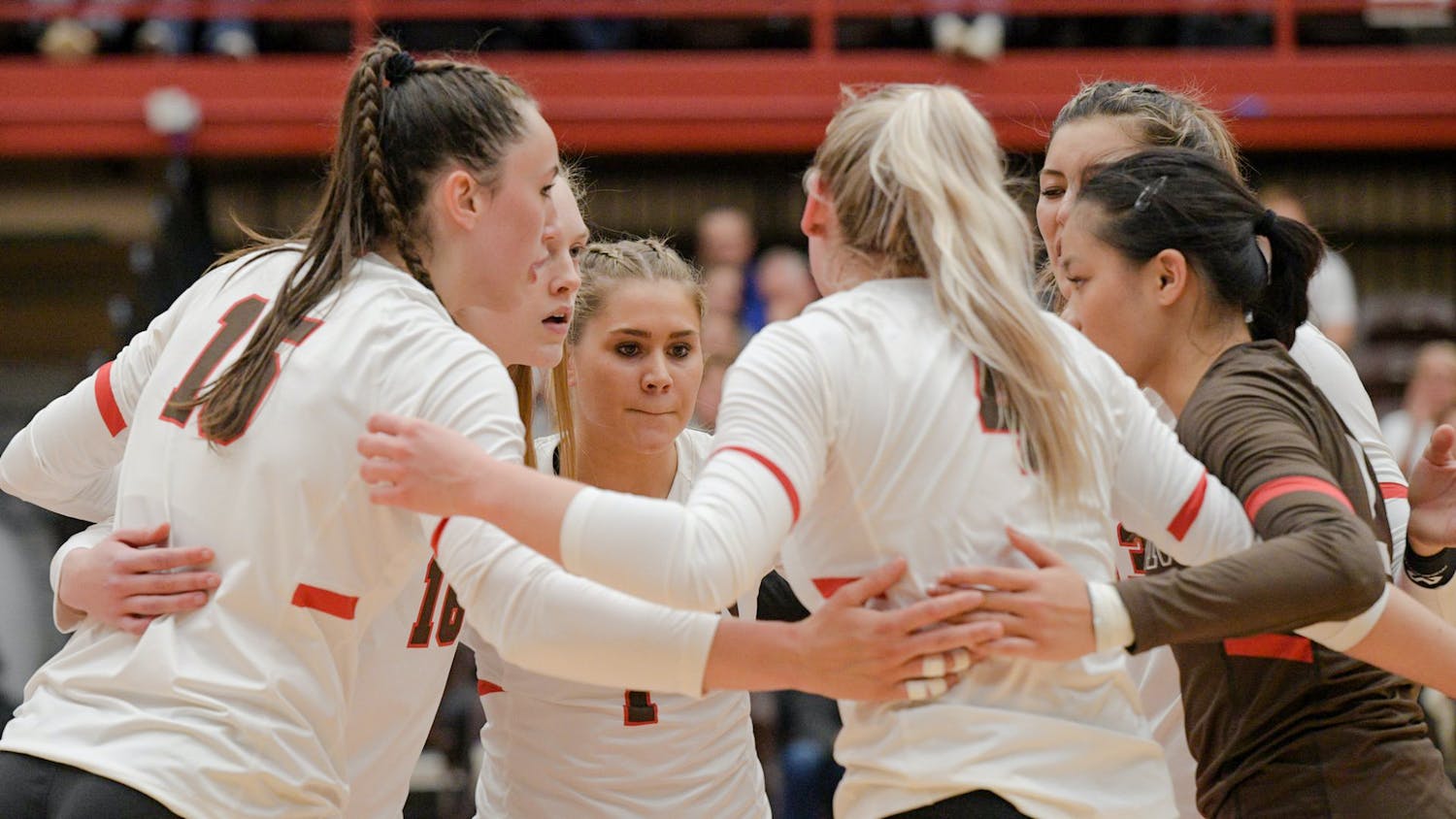 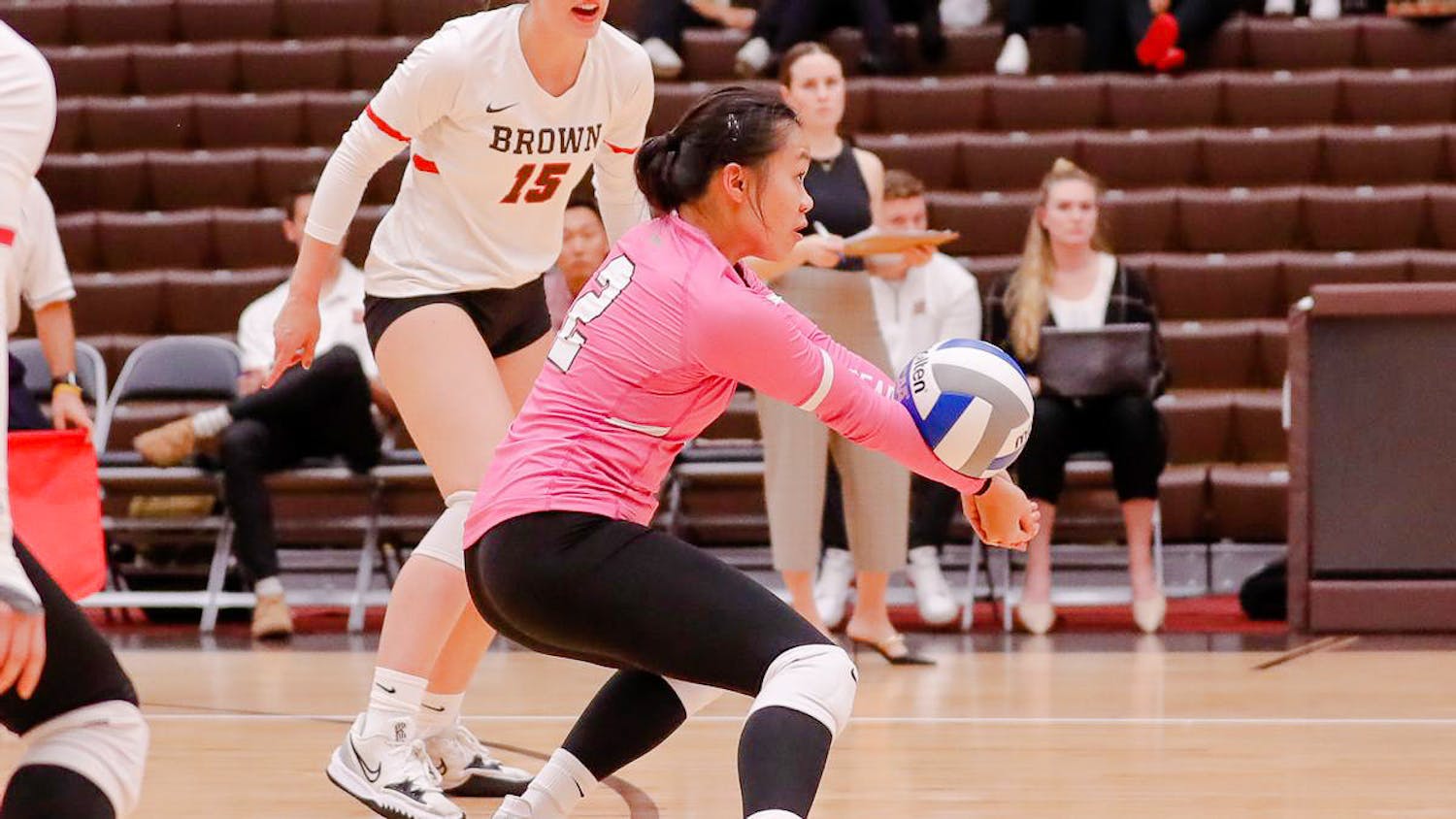