The Bears’ offense was hot Friday night, with Bruno hitting .406 in the win and .455 in the first set. Setter Cierra Jenkins ’24 guided the offense throughout the night with 38 assists, adding nine digs and five kills.

A kill by Jenkins and two Cornell errors gave Brown control of the first set, earning them a six-point lead midway through the opener. Brown ended the first set with a kill by Kayla Griebl ’25 and two blocks and a kill by Beau Vanderlaan ’25 for a 25-16 victory, the Bears’ largest margin of victory in a set that night. Vanderlaan finished the game with nine kills.

After the two teams were tied at 10 in the second set, Brown pulled away, going on a 5-0 run triggered by kills from Kate Sheire ’24, Griebl and Jenkins. A joint block by Vanderlaan and Griebl followed by another block from Vanderlaan boosted Bruno’s run.

Cornell fought back to within two points, but Brown stretched its lead again, setting the score at 23-18 following a service ace by Jessie Golden ’26. Two kills by Sophia Miller ’23 ended the set, with Brown prevailing 25-20.

The Bears continued their offensive charge in the third set, jumping to a 4-0 lead. Later, Brown led 10-5 after two consecutive kills by Miller. Bruno maintained this lead throughout the set until a kill by Vanderlaan earned Brown a match point, and Jenkins finished the game with a kill to complete the set 25-20.

Brown carried its momentum from the previous evening to take on Columbia, winning once more in three sets. Jenkins again posted 38 assists, setting up hitters including Griebl —  who finished the game with a season personal best of 13 kills — and Vanderlaan, who had 11 kills.

With the help of an early 4-0 run, Bruno jumped out to an 8-4 lead and maintained its advantage throughout the first set. A kill by Vanderlaan and a block by Vanderlaan and Jenkins highlighted Brown’s run. Columbia kept the score close for the duration of the set, reducing the Bears’ lead to one point several times. But Brown capped off the set with kills by Griebl and Sheire for a 25-20 win.

The second set was the Bears’ most contentious of the weekend, with a 6-1 run by the Lions carrying Columbia to an 18-15 lead. Bruno cut the Lions’ lead down to one point twice before facing a set point while down 24-20. Brown fought back with a 6-0 run to overtake Columbia and take the set 26-24.

The set-winning run started with a kill by Griebl, followed by a block by Sheire and Vanderlaan then another kill by Vanderlaan, setting the score at 24-23. Two consecutive kills by Griebl earned Brown a set point, and Vanderlaan ended the set with a kill.

The Bears took the third set to win the match, coming out with another early 6-0 run to go up 8-3. The two teams traded runs, but Bruno’s early lead gave them the advantage throughout the set. The Bears increased their lead to 19-14 later in the set and went on a 5-0 run featuring three straight kills by Griebl. Columbia scored one more point before Sheire ended the set with a kill, earning Brown a 25-15 victory.

Bruno’s defense posed a problem for Columbia, as Brown had 13 blocks to the Lions’ two. Seven of those blocks came from Sheire, and Gabby Derrick ’25 was behind the other six. Off the net, Victoria Vo ’26 posted 19 digs for the Bears.

“We put a really big emphasis on defense,” she said. “But really, I think we were working on our mindset and making sure that we were cohesive and had a better gel on the court.”

Sheire had 11 kills against Cornell and hit a career best of .688. The junior has hit .600 or better in four of her last six Ivy League games and posted double-digit kills in both games over the weekend.

Despite her impressive individual performances, Sheire said her focus was on supporting her team. “My mindset going into (the Cornell game) was just really determined,” Sheire said. “We always try to run our systems. I was really just looking for open shots and trying to contribute in any way I could.”

Miller had another strong offensive showing over the weekend. She led the Bears with 12 kills against Cornell and added nine against Columbia. The senior has posted double-digit kills in a team-record of seven games this season.

Miller credits her back row teammates for setting her up for offensive success at the net. “I was just excited to play. I wanted to connect with my setter, Cierra Jenkins, and I think we did a great job of taking advantage of what we saw in Cornell’s defense.” Sheire said. “I was just happy to slam the ball as hard as I could.”

Head Coach Ahen Kim commended Sheire and Miller for their performances over the weekend. “Since day one of this season … they’ve been the anchor,” Kim said. “They’ve been in situations where they have been having to shoulder the offensive load for us.”

Kim, like Miller, attributed the success of his best scorers this weekend to the passers and defenders surrounding them. “I thought this weekend was really a great job from our passers,” Kim said. “The game came a lot easier because so many people around (Sheire and Miller) did such a good job creating much easier looks for them offensively.”

Although Sheire and Miller play positions on opposite sides of the court, Kim noted that the duo works well together. “When Kate gets going, it makes Soph’s life a lot easier; when Soph gets going, especially from the back row, it makes Kate’s life a lot easier,” Kim said. “When they both can get going, it kind of snowballs into just really, really spectacular hitting percentages.”

The Bears will continue their on-the-road play next weekend as they take on Dartmouth Friday at 7 p.m. and Harvard Saturday at 5 p.m. 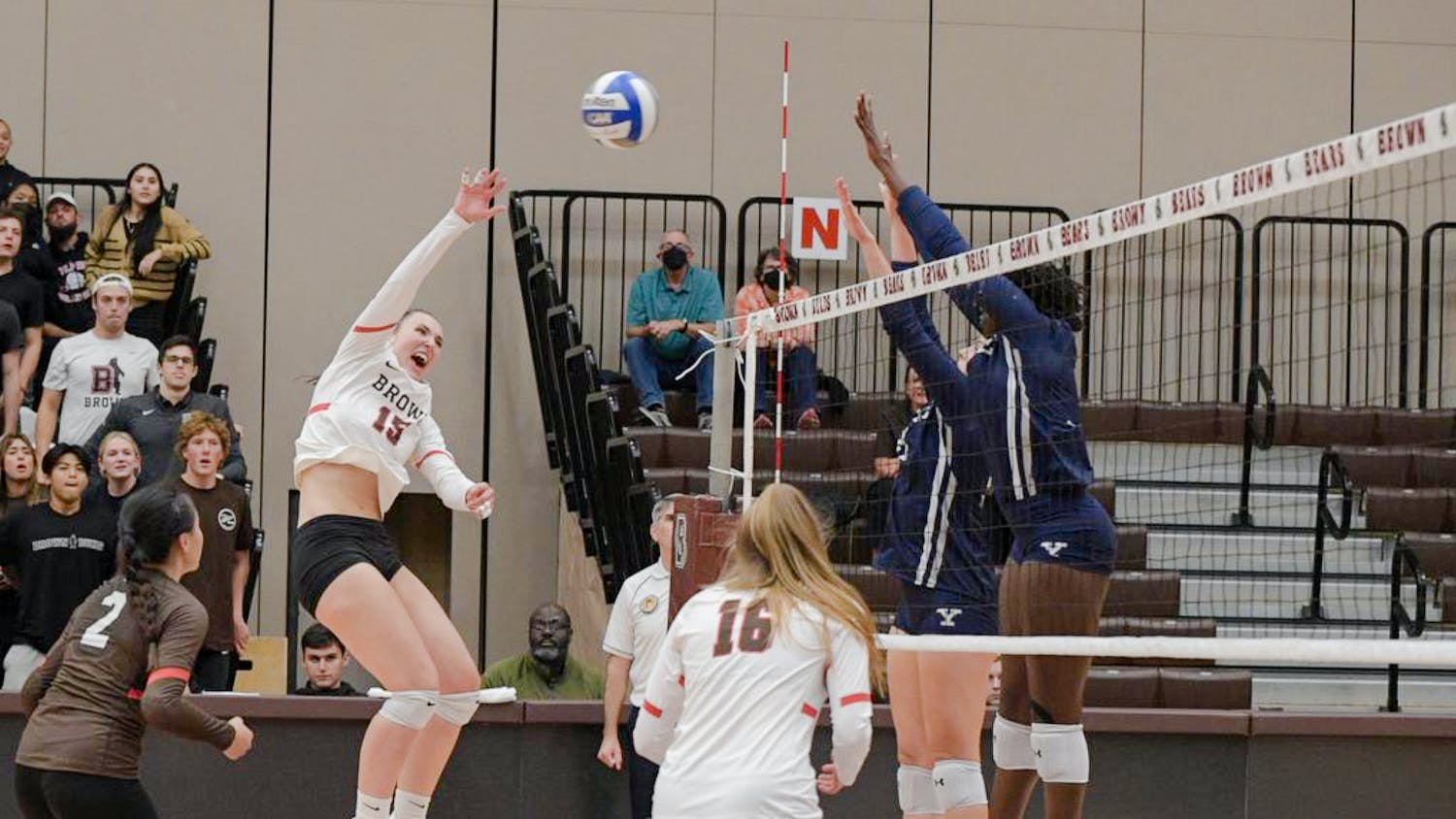