An antisemitic note was discovered in the reception area of the Weiner Center at Brown RISD Hillel Sunday evening, Executive Director and Rabbi Josh Bolton wrote in an email to the Hillel community Monday.

Hillel staff immediately alerted the Department of Public Safety, Bolton added, and the Providence Police Department has launched an investigation into the matter.

“It’s not an easy moment for Jewish students” on campus, Bolton told The Herald. “It’s scary to have this type of rhetoric show up in your home.”

The note, which included several expletives and violent threats against Jewish people, was written on a donation card and found on the front desk, according to GoLocalProv. It was first discovered by a security officer on duty at Hillel and is now in the custody of PPD.

The antisemitic note follows two other incidents of antisemitic graffiti over the summer, both of which involved swastikas carved into surfaces, The Herald previously reported.

DPS received a call from Hillel regarding the incident at 5:41 p.m. Sunday, Rodney Chatman, chief of DPS and vice president of campus safety, wrote in an email to The Herald. Although the incident falls under PPD’s jurisdiction, DPS responded to the call in order to “assess how we could provide in-the-moment support for affected students and staff,” he added.

DPS called Providence Police at 6:33 p.m. Sunday and has since turned over security camera footage, swipe access history and other relevant information to the department, which will continue further investigations into the incident, Chatman wrote.

“We stand at the ready to assist Providence (Police) in their investigation in any way we can help,” Chatman wrote. “We certainly want to position ourselves to support our community members affected by this disturbing act.”

PPD did not respond to requests for comment by press time.

Following the incident, Hillel’s greatest priority remains the safety of its community, Bolton said in an interview with The Herald. Hillel strives to balance “our values of being a welcoming, open, accessible, low-threshold place with the reality that we also want to protect students, staff, community members (and) faculty who are here in the building,” he added.

According to Bolton, Hillel is taking “additional steps to ensure the safety and security of (its) community,” including increasing security around the building, verifying their swipe access system and continuing to enforce a visitor sign-in policy.

“We will not allow an incident like this to divert our focus from our core mission of building a flourishing Jewish community and supporting the growth of Jewish students on College Hill,” Bolton wrote in his email to the Hillel community.

Noah Rosenfeld ’24, chair of student trustees at Hillel, first heard about the incident Monday afternoon, a few hours before Bolton alerted the broader Hillel community. For Rosenfeld, this incident is “just another acknowledgement that antisemitism is real” and exists in all spaces, he said.

But, similar to Bolton, Rosenfeld identified a prevailing feeling among his peers that “we're not going to allow this hatred to stop our community” at Brown. Hillel will continue its programming and serve as a space for Jewish people to “express themselves” and their Judaism on campus, he added.

For students who wish to talk through their thoughts on Sunday’s incident, Hillel staff is available to listen and chat with students about anything “they might be feeling,” Rosenfeld said.

Bolton emphasized that allyship from the University’s non-Jewish community is pivotal right now. “Non-Jewish partners (need) to stand up and say, ‘anti-Jewish hatred has no place here. Antisemitic rhetoric has no place in this University,’ ” he said.

Sylvia Carey Butler, vice president for institutional equity and diversity, and Eric Estes, vice president for campus life and student services, noted in a Tuesday email to the community that the incident at Hillel follows other “incidents of bias (on College Hill) against underrepresented communities and communities of color” in recent weeks. This includes offensive graffiti, slurs yelled at community members from passing cars and other intimidating messages left in public places.

In the statement, Butler and Carey condemned these incidents and called on the University community to “work together to continue … being a campus that values the experiences and perspectives of people of all races, religions, genders, sexual orientations, abilities and other identities.”

Instances of antisemitism on college campuses rose 21% in 2021, according to an analysis by the Anti-Defamation League, a Jewish civil rights organization. 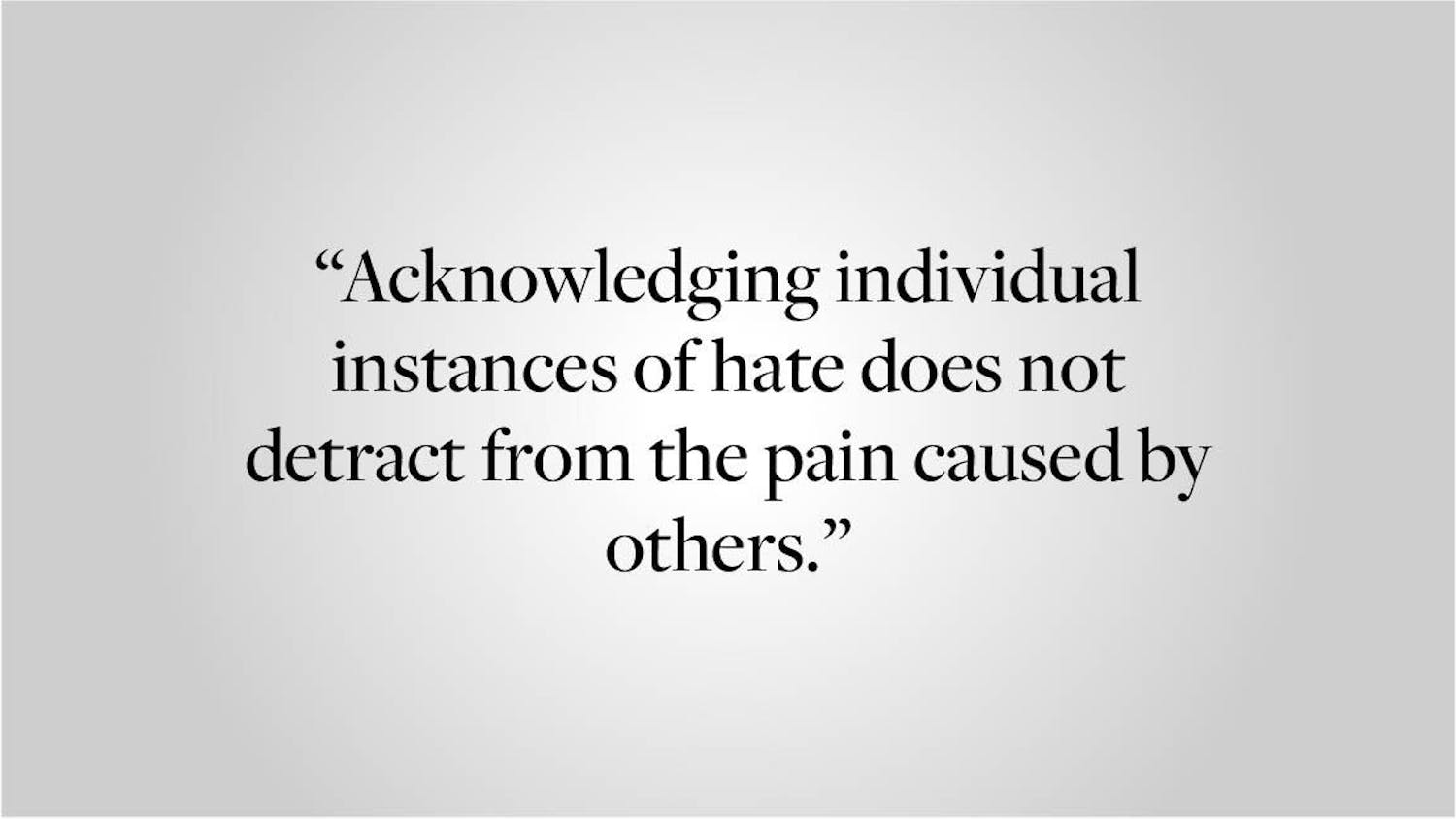 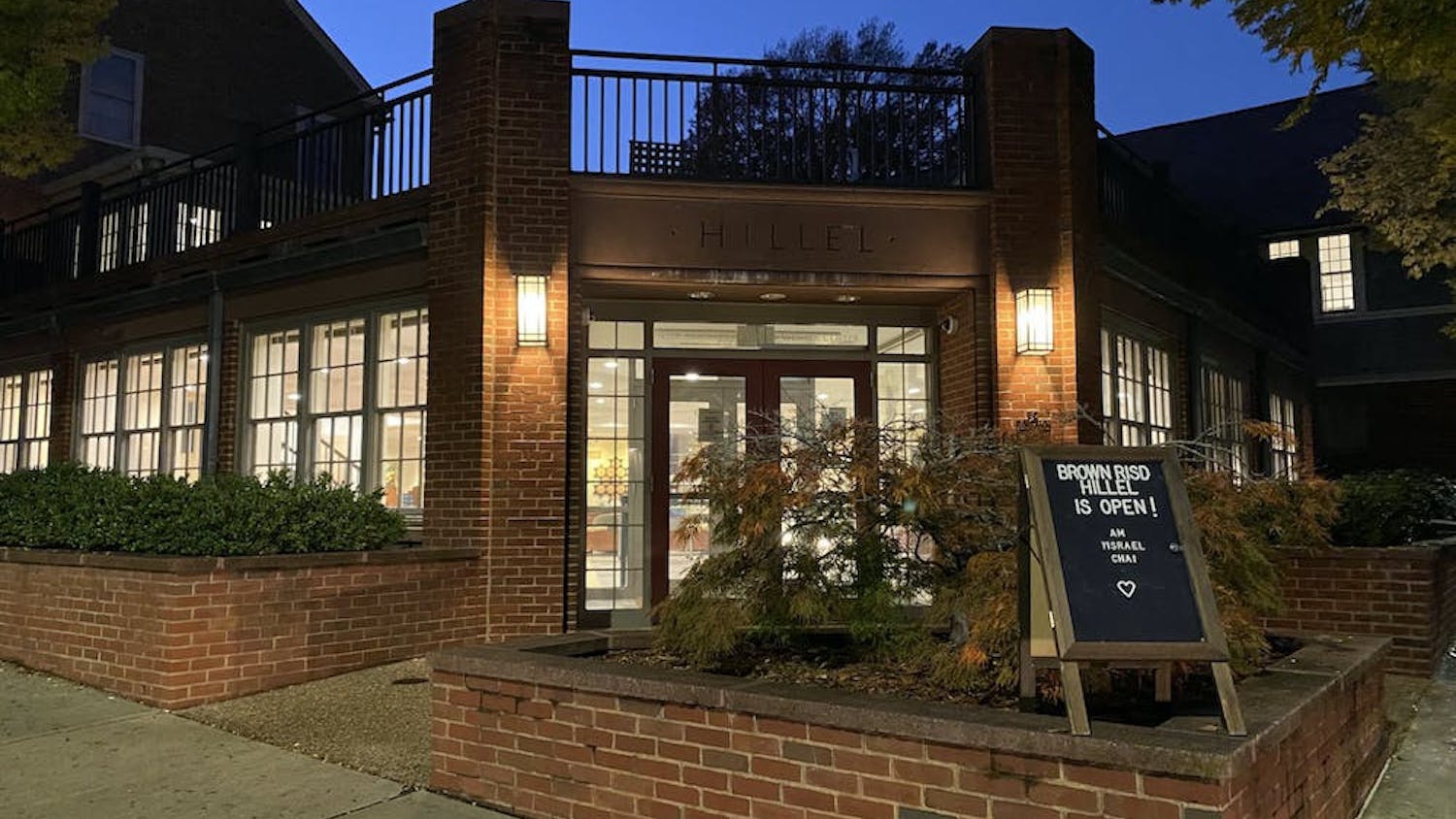