Bears improve to 2-4 with career-high scoring by Lilly Jr. ’25

The Brown Bears (2-4) won at home against the Maine Black Bears (4-2) Sunday afternoon, spearheaded by a standout performance from Kino Lilly Jr. ’25, who scored a career-high 32 points.

After beginning the season 0-3, Bruno has won two of their last three games to improve their record to 2-4, including their third straight victory against Maine since 2016. With this win, Brown retained its spot at sixth in the Ivy League basketball standings, ranking above Columbia and Dartmouth.

Owusu-Anane won the opening tip-off to begin the game. The Bears’ offense came prepared, opening the game with Anya scoring in the post and Lilly Jr. recording an and-one bucket, giving the Bears a 5-0 lead.

Brown led 14-12 with 13:46 remaining in the first half. A chasedown block by Owusu-Anane followed by consecutive three-pointers by Lilly expanded Brown’s lead to 20-12. Despite a subsequent 5-0 run by Maine, a putback by Anya and a three-pointer by Malachi Ndur ’24 gave Bruno a 25-19 lead at the middle of the first half.

With the Bears holding a narrow advantage with one minute left in the first half, Lilly Jr. stole the ball at halfcourt and handed it to Anya, who left it underneath for an Owusu-Anane dunk. By halftime, Brown held a 38-34 edge over the Black Bears.

Owusu-Anane posted the second half’s first two points off an assist from Cooley. After back-and-forth play, Brown led Maine 47-44 with 14:11 remaining in the game, but the Bears then separated themselves from Maine with an 11-0 run. Owusu-Anane and Wojcik drained consecutive threes, followed by Lilly Jr. scoring a sideline floater and a corner three, bringing the lead to 58-44 with 11:42 left in the contest.

Despite a basket by the Black Bears, Lilly Jr. continued his career night. After hitting another three, Lilly Jr. called for the ball and drained a pull-up three, igniting the Brown bench and extending the lead to 64-47 — the 17-point lead marking the largest of the night.

Maine drew within five points in the game’s final seconds, but the Bears held onto their lead, prevailing 70-63.

Lilly Jr.’s career-high 32 points came on 11-20 shooting from the field and 7-14 behind the arc. He also recorded three steals.

In response to his career night, Lilly Jr. said that the team’s head coach, Mike Martin ’04, told him “to stay aggressive (and) keep looking for my shot.”

Two other starters, Wojcik and Owusu-Anane, scored in double digits, tallying 11 and 13 points, respectively. Anya totaled 10 rebounds, a team high. Bruno held the lead for 38:10 of the game. Brown shot 25-58 and 11-29 from three.

“I thought the first 30 minutes, that was probably as well as we’ve played all year,” Martin said. “We have to learn to play with a lead. … (I am) really happy for our team, really pleased with how they found the hot hand. Obviously, that was a great display by Kino.”Martin cited minimal turnover, more three point attempts and offensive rebounds as keys in earning a win.

“All those stats were in our favor today,” he said.

Brown will begin the first of four consecutive away games with a matchup against Central Connecticut State (0-7) on Tuesday, Nov. 29 at 7 p.m. 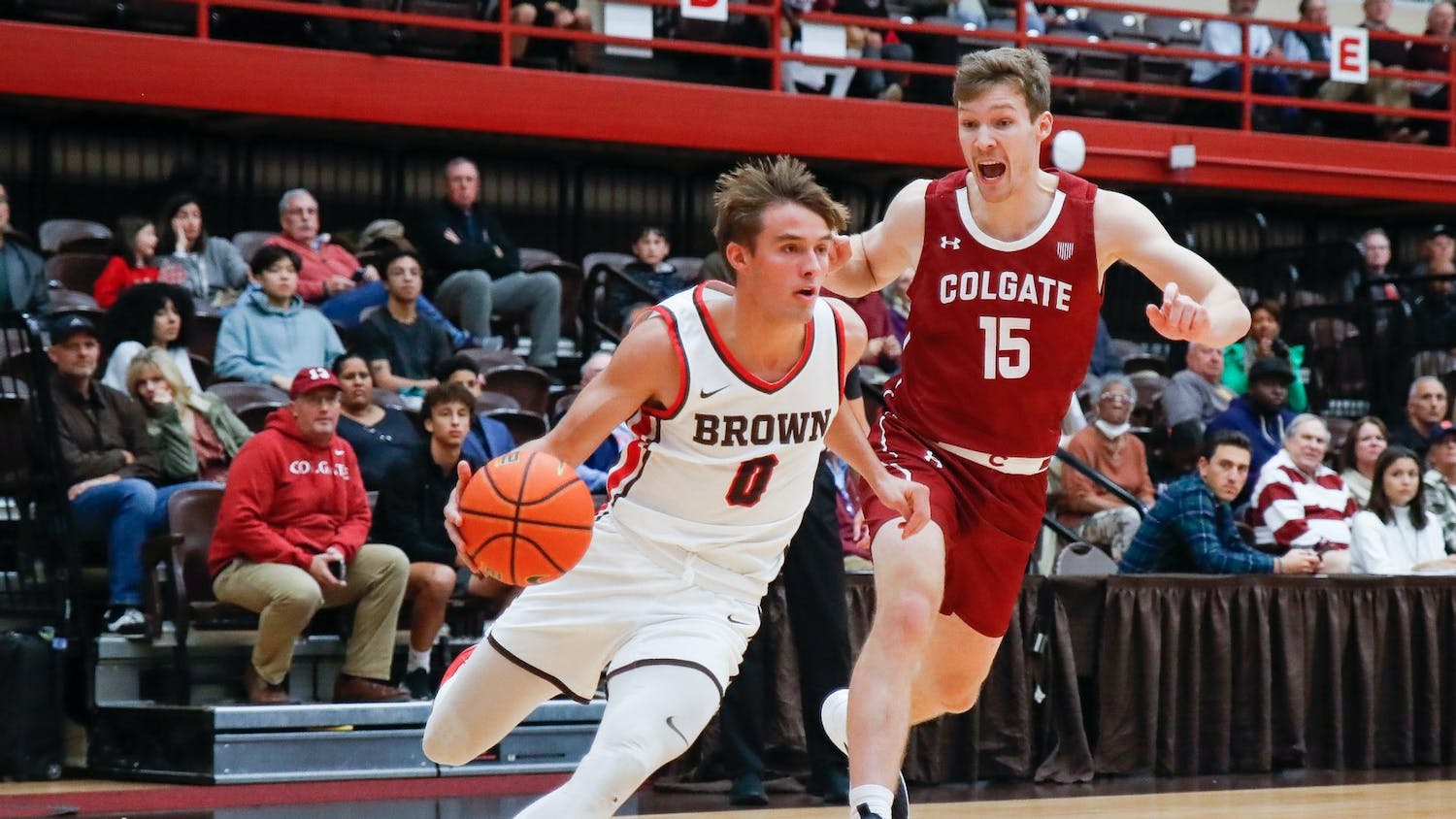 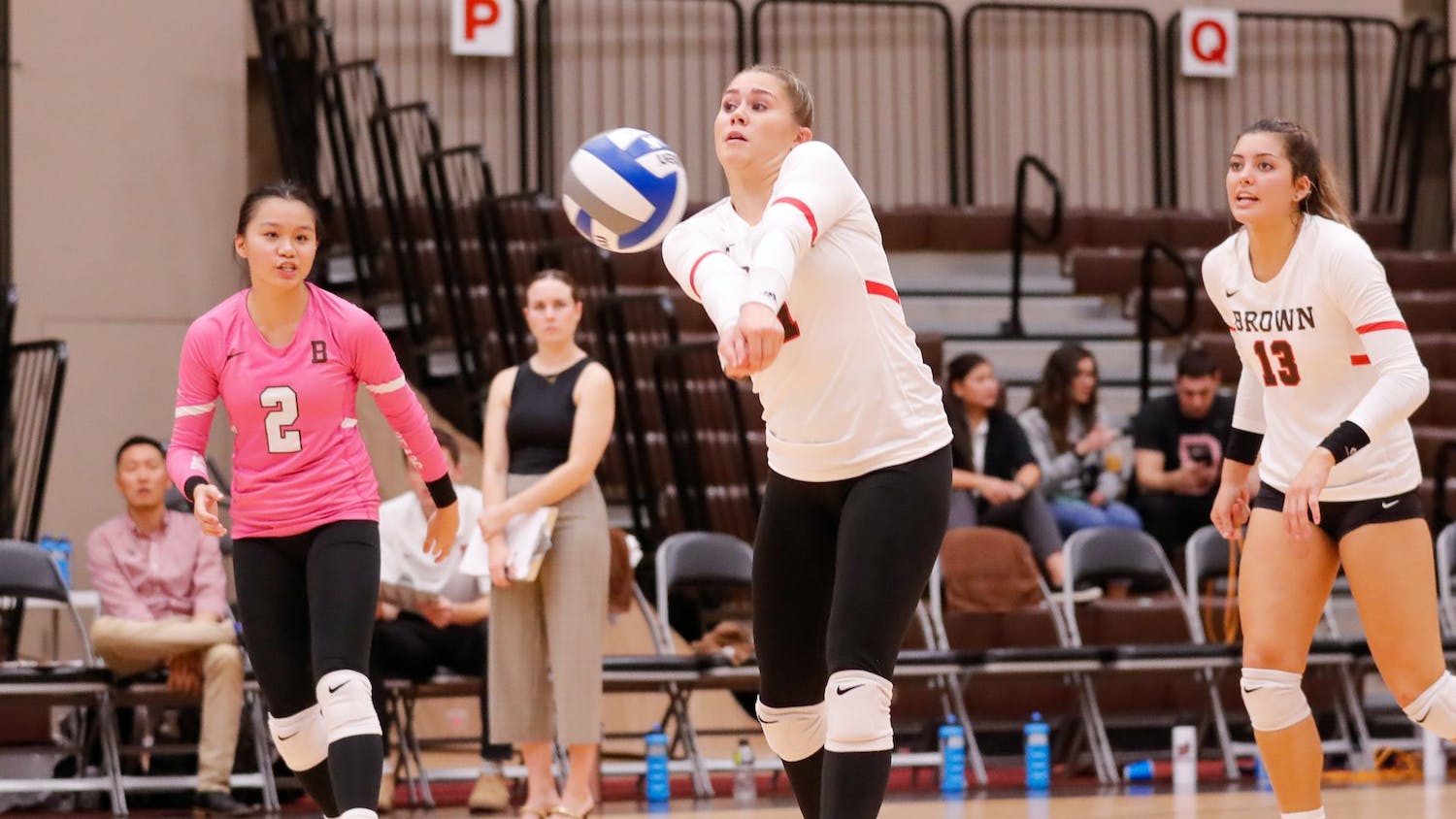