Ahmir “Questlove” Thompson and Joseph Patel, director and producer respectively behind the Academy Award-winning documentary “Summer of Soul,” visited campus on Saturday. In a double-header event hosted by the Watson Institute for International and Public Affairs, Questlove and Patel discussed their creative processes and the social relevance behind the film. The event was sponsored by the John F. Kennedy Jr. Initiative for Documentary Film and Social Progress.

“Summer of Soul” chronicles the Harlem Culture Festival, which took place over six weeks during the summer of 1969 at Mount Morris Park. The film not only tells the story of the festival itself, but also paints a picture of the socio-cultural climate during the time the festival took place. The film intersperses footage of the concert — featuring notable acts such as Stevie Wonder, Sly and the Family Stone and Nina Simone — with archival footage of historical events such as the assassination of Martin Luther King Jr. and the Apollo 11 mission to the moon.

Randall Poster ’83, music supervisor of the film and a co-founder of the John F. Kennedy Jr. Initiative, moderated a small, informal discussion between Questlove, Patel and students. Poster started off the conversation by talking about his passion for the content of the film.

“The music in ‘Summer of Soul’ was so refreshing, substantive and enduring in power,” Poster said. He added that the music at Woodstock, which took place during the same time and was far better known, has not stood the test of time to the same extent as the Harlem Culture Festival.

The archival footage used for the film totaled around 40 hours long and sat untouched for nearly 50 years before Questlove was approached to direct the documentary, Questlove said. Once he obtained all the footage, he had every TV in his house playing a loop of all the film so that he could become completely immersed in the world of this festival — a technique that Questlove described as “my own personal visual aquarium.”

One night, in the early hours of the morning, he was getting back from a DJ set and saw footage of a Stevie Wonder drum solo while half asleep in his bed. As soon as he saw it, he instinctively knew it had to be the opening scene of the film.

It was moments like this — uncovering never-before-seen footage — that inspired Questlove to pursue the project, despite having never directed a film before.

“I was paranoid about an imagined doom reception,” Questlove said. But later on, “I realized this was history we were uncovering and that was enough to take the brave steps to make a film.”

The Harlem Cultural Festival was almost completely forgotten, apart from attendees’ memories, so bringing this event to the forefront of the cultural canon was important to Questlove. He asked Patel in the early development stages of the film what it would have been like if they both knew about this event — a “Black Woodstock” — when they were kids. Questlove added that he wanted to make a film about Black joy, not trauma.

The film takes moments to relay this message on a scale beyond the scope of the festival. There’s a scene where Reverend Jesse Jackson, who was in attendance at the Harlem Cultural Festival, talks about being present the day of Martin Luther King Jr.’s assassination. Instead of discussing the tragedy, he made sure to mention that on that day they were all being jovial and having a pillow fight. In response to this anecdote, Questlove said, “Oftentimes when stories are told and revisionism kicks in, it makes us believe it was some sort of dark day.”

When responding to a question about the pacing of the film, Questlove cited the music of Public Enemy as a chief inspiration. He described their music as a Jackson Pollock painting, frequently using “30-something soundbites” in their music. Questlove didn’t want this to be just a concert movie — instead, he intentionally layered multiple elements on top of the concert to make it more impactful.

Patel said that the film’s editor Josh Pearson’s background in music helped him maintain the film’s pace. “He’s a musician, so he understands rhythm.” When Questlove requested to “Public Enemy this movie,” Pearson knew what Questlove meant, Patel said.

When putting together the film, Questlove was concerned about grabbing the attention of a younger audience. His initial idea was to interview contemporary artists such as Drake or Kendrick Lamar to increase the movie’s appeal to younger viewers, but that all changed in 2020. Questlove cited COVID-19 pandemic, the death of George Floyd and the loss of his own friends as moments that shifted his perspective on what the film should be.

“Summer of 2020, we were practically living in the same conditions as back then, and that was the connection,” Questlove said.

While Patel is grateful for all the awards the film has received, he said a focus on garnering acclaim was not the reason they made the movie. “All we ever wanted was (for) people to love the movie. So all the awards are incredible. They've opened up a lot of doors for us,” Patel said. “They obviously acknowledge a lot of the work that you put in, a lot of choices you make in making a film, but more than that, I just love that people loved the movie.”

The music really guided the making of the film, Patel said. “For me, music was my gateway into everything. I used to go buy records and CDs in stores, and on the train back look at the liner notes and look at the photos and listen to the music and really just dive in,” Patel said. “I think that’s how I learned about literature and design and photography and politics.”

Patel added that in making the film they didn’t have any specific cinematic influences to go off due to the unique structure of the film. “We weren't watching anything else — we just wanted to make this film,” Patel said. “I think when you're in the middle of making something, it's hard to really watch anything else because all you're thinking about is your thing.”

After the small discussion, there was a larger talk held for a general audience that was moderated by Tricia Rose MA’87 PhD’93, Chancellor's Professor of Africana Studies and Director of the Center for the Study of Race and Ethnicity in America.

At the talk, Patel spoke about the movie’s main goal. “Our first mission with the film was, if we do this film correctly, you’ll never be able to talk about the summer of ’69 again without talking about the Harlem Cultural Festival,” Patel said. “More importantly, knowing that Black history is American history is a thing that wasn’t available in this instance.”

The discussion then moved to the role of technology in historical preservation and storytelling. Questlove said he used Twitter to find people who attended the festival so he could interview them for the film. This critical insight helped with crafting the narrative along with its intended goals. Originally the film was going to be titled “Black Woodstock,” but that title was widely shut down from those who were in attendance. This was because they took issue with the idea that the story of the festival had to be told in relation to Woodstock, as opposed to it standing on its own.

Patel concluded by summarizing the role of technology in crafting narratives. “Technology has allowed people to tell their stories easier now than ever before in history, but the stories still need to be told.” 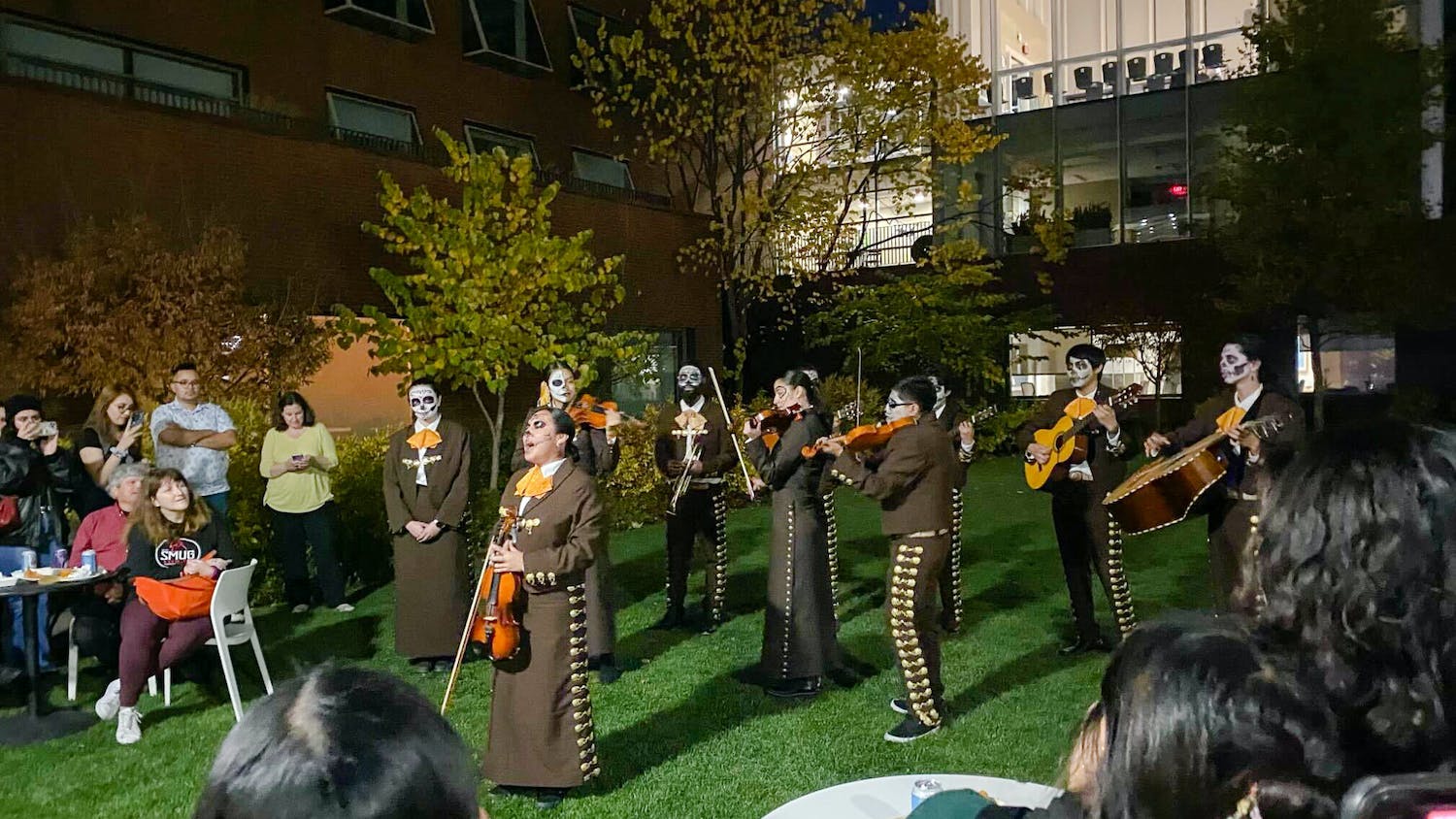 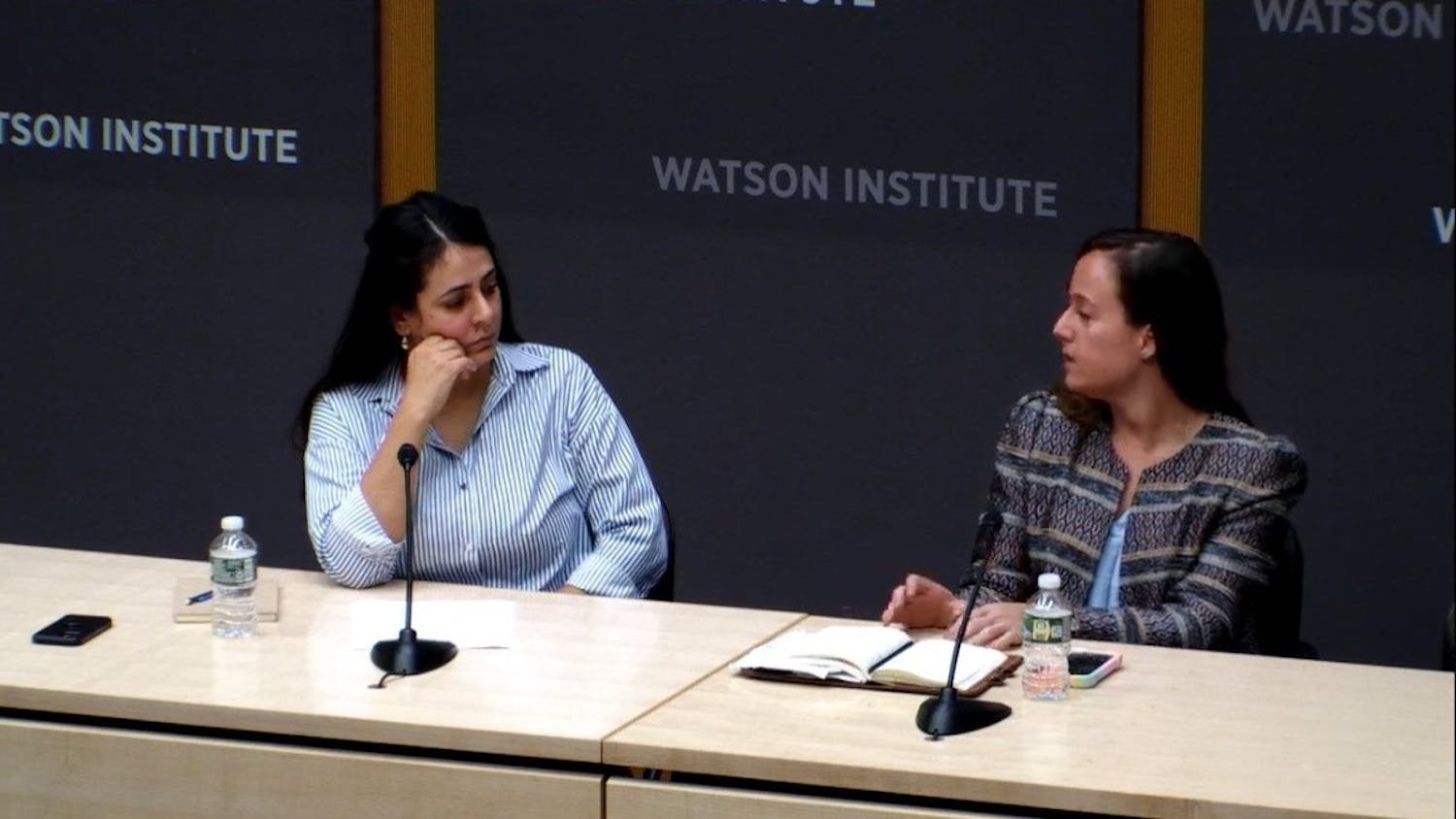