Swifties across campus scramble for tickets to Eras Tour

When presale tickets for Taylor Swift’s 2023 Eras Tour went live on Ticketmaster last Tuesday, fans across the University flocked online to buy tickets at their desired venue. But many were left disappointed when, due to technical difficulties and a lack of inventory, presale tickets were difficult to obtain — and Ticketmaster canceled its Nov. 18 general sale altogether.

The Nov. 1 announcement of the Eras Tour came just 11 days after the release of Swift’s latest album “Midnights” and was met with considerable anticipation. When Midnights released on Oct. 21, it became the album most streamed in a single day on Spotify.

“The last time she toured was four years ago now, (and) will be five years next year when she’s on tour,” said Michael Yeh ’23, co-president of Loving Him Was Brown, the University’s Taylor Swift fan club. “I didn’t go to the Reputation Stadium Tour, so I’ve been waiting, you could say, for years.”

Ticketmaster offered access to the tour’s ticket presale in different waves, which included a lottery that granted codes for presale to individuals registered on the platform as verified fans of Taylor Swift. The platform’s fan verification seeks to ensure individuals “who intend to go to the show” can purchase tickets, not automated “ticket bots,” according to Ticketmaster’s website.

“I, of course, signed up for verified fan when they came out with the lottery,” said Caroline O’Daly ’23, co-president of Loving Him was Brown. “I had all my immediate family members, my grandma, my aunt and my friends who aren’t really Taylor Swift fans sign up for codes in the lottery. The day when the lottery codes were coming out, I did not get a code, unfortunately.”

Yeh did receive a presale code. He and O’Daly planned to purchase tickets together for Swift’s May 20 show in Foxborough, Mass., despite the fact that Yeh had a midterm thirty minutes after the presale went live. “I ended up staying to pick the tickets, ended up leaving a little late, and was a minute late to the midterm,” he explained.

Others were less fortunate in the ticket selection process. “I was sitting in the queue for like five hours,” said Caroline Hwang ’25, who wanted to purchase tickets to the May 21 Foxborough, Mass. show. “I finally got through and there were only nosebleeds left and they were like $150, … so I ended up not getting any tickets on my own account.” Hwang eventually obtained tickets through friends with more presale success.

“Walking around campus, (seeing) people with their laptops out, I knew they were all trying to get Taylor Swift tickets,” O’Daly said. “My heart went out to them.”

Many Taylor Swift fans expressed dissatisfaction with Ticketmaster’s presale organization. On Wednesday, Loving Him Was Brown shared an Instagram story asking those who went through the presale process what issues they encountered on the platform. Several respondents reported that they were kicked off the ticket selection page at checkout. One reported that they purchased 100-level tickets for just $300 before discovering that they were listed as nosebleed seats. Another reported being “in and out of the queue for seven hours.”

“This is just so disappointing on Ticketmaster, on a business level,” Yeh said at a Thursday Loving Him Was Brown meeting.

O’Daly said there were aspects of the process that could have likely been handled better. “Why couldn’t people have put in the verified fan code before they entered the wait room and the queue?,” she added. “A lot of people just joined, including bots who didn't have verified fan codes.”

On Nov. 19, Ticketmaster issued a public apology to Swift and her fans for the presale difficulties. In its explanation of the difficulties, Ticketmaster noted that “the demand for tickets to Taylor’s tour broke records,” with “unprecedented traffic on (the) site resulting in 3.5 billion total system requests — (four times its) previous peak.”

“Overall, we estimate about 15% of interactions across the site experienced issues, and that’s 15% too many,” Ticketmaster’s explanation continued. “While it’s impossible for everyone to get tickets to these shows, we know we can do more to improve the experience and that’s what we’re focused on.”

Many campus Taylor Swift fans did not blame the popstar specifically for the difficulties in her tour’s presale.

“She’s kind of between a rock and a hard place,” O’Daly said. “Ticketmaster has a deal with most of the stadiums, these massive stadiums that she has to play. If she played smaller venues, nobody would get to see her either, so she has to use Ticketmaster for a lot of these venues.”

In a statement she shared in an Instagram story, Swift said that she is “trying to figure out how this situation can be improved moving forward.” She added that she and her team asked Ticketmaster several times if they could handle the ticket demand and were “assured that they could.”

“I don’t know Taylor personally and … I don’t know what goes on behind closed doors,” O’Daly said. “I trust Taylor, I trust that she always wants to do what’s best for the fans,” she added.

For many fans, Swift has played a role in their life for a long time, beyond music alone. “She’s allowed me to bond with other people that love her music,” Yeh said.

“Taylor’s always been someone I’ve listened to, always been a part of my life,” he added. “I have just really appreciated seeing Taylor grow up as a person and an artist. Seeing her mature … I think in a lot of ways we’ve gotten the chance to grow up with her.” 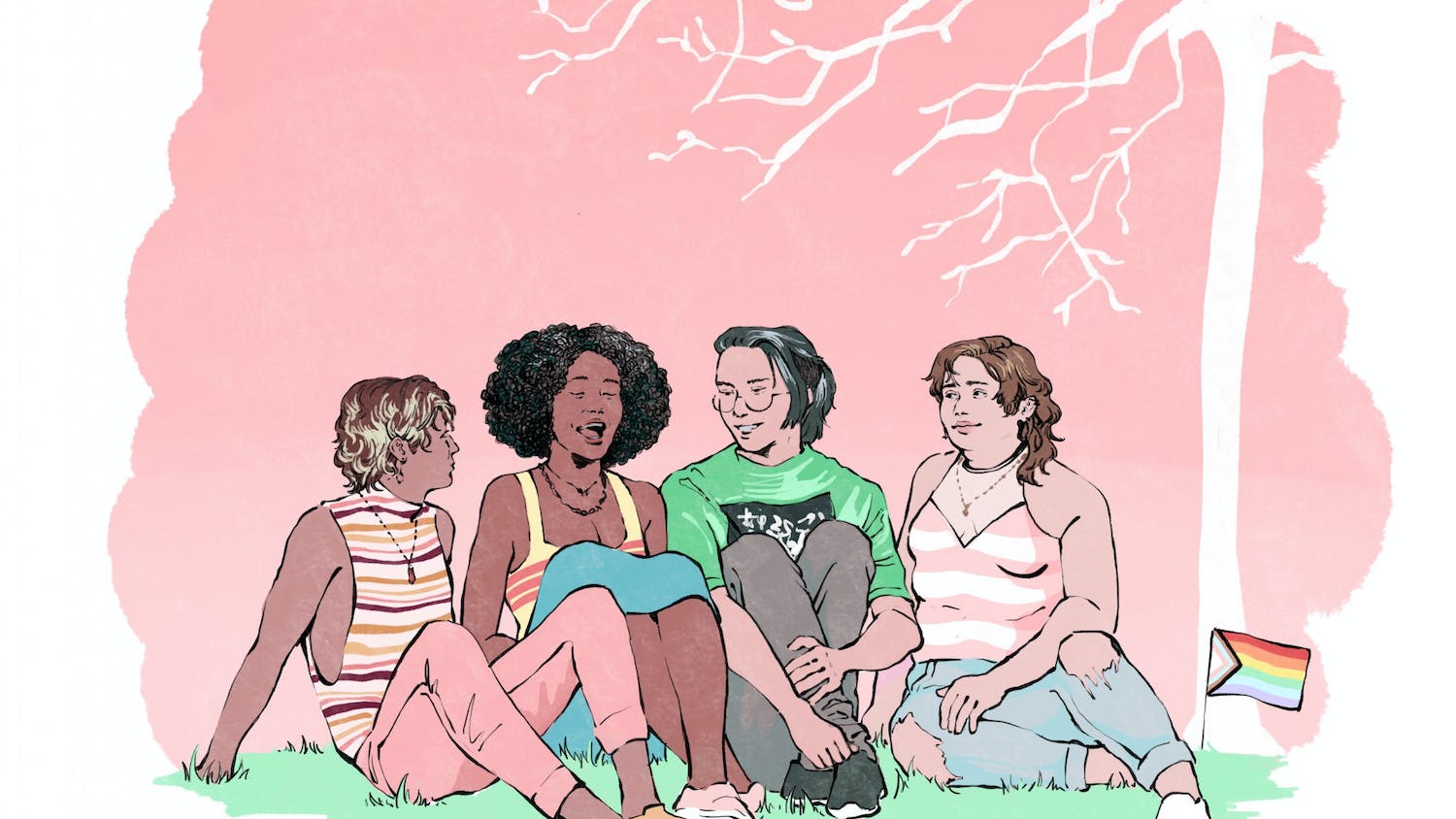