The University added a provision to its nondiscrimination policy that explicitly prohibits caste-based discrimination, announced in a Dec. 1 press release.

In fall 2022, the Corporation — the University's highest governing body — voted to adopt the amendment to its policy statement, which includes provisions that explicitly prohibit discrimination against certain identity groups.

“People like to say that now (caste) is not really a thing as much,” said Neha Narayan ’24, a student who spearheaded the movement for the policy’s inclusion. “That being said, members of (lower castes) are systemically discriminated against in the labor force in India, but also in the United States.”

“When the South Asian diaspora moves, caste moves with them,” she continued.

“In the U.S., you have a community that is very dominated by members of the privileged caste background,” she said. “So if you are lucky enough to get those opportunities and come over here even if you’re from an oppressed caste background, it is very difficult to navigate that because there are so many tells” of what caste you belong to, like your name and the foods that you eat.

The University’s recent announcement underscored the negative impacts of these policies, explaining that “University students who are members of the castes classified as lower often report facing discrimination at educational institutions in the diaspora.”

For Narayan and her fellow students, focusing on the way in which caste-based discrimination manifests itself in domestic contexts was a major goal of the initiative.

After working with Equality Labs, a Dalit civil rights organization whose website identifies “ending caste apartheid, gender-based violence, Islamophobia, white supremacy and religious intolerance” as its major goals, Narayan and her colleagues discovered that other universities such as Brandeis University and the entire California State University system include caste in their non-discrimination policies. They then engaged in similar conversations with members of the Brown community.

Narayan cited Vincent Harris, associate dean and director of the Brown Center for Students of Color — who advised the group on building student advocacy — as well as graduate students who offered additional resources for pursuing the policy as influential in their efforts.

The group also reached out to Sylvia Carey-Butler, vice president for institutional equity and diversity. After originally meeting with her in April, the group was informed that the policy had been approved in June, shared with President Christina Paxson P’19 in August and sent to a Brown corporation subcommittee for approval in September.

For Narayan, one of the biggest challenges of the process was effectively communicating the way in which the caste system operates and the implications that it can have.

“It is just, by nature, absurd,” she said. “It is a ridiculous system, and to find a way to explain why so many people have bought into the system, accept it as fact and then discriminate on the basis of it was difficult.”

“We wanted to make sure we were effectively communicating it to (the) administration because it is such a complicated thing to convey in all of its nuance,” Narayan continued.

Despite this challenge, Narayan reflected that overall the process was smoother than initially expected.

The University administration “was very receptive,” she said. “We thought that we’d have to sell people on the idea that this is an important issue and something that needs to be addressed by the nondiscrimination policy, but we found that (the) administration was very open to hearing our concerns and addressing them.”

Moving forward, Narayan and her fellow students are hoping to host events that expand awareness of the caste system and related forms of discrimination by working with the Bagumpura Collective chapter of Bahujan Economists, a group whose goal is to provide guidance for individuals from historically marginalized communities in India pursuing higher education. She also cited the need to celebrate traditions from non-privileged caste backgrounds.

Narayan expressed her hope that this policy inspires greater self-advocacy among members of less privileged castes.

“For people who are of caste-oppressed backgrounds, I really hope that this policy helps them feel like they can get support if they are being wrongfully discriminated against,” Narayan said.

“I hope that it also communicates to those students that they are seen, and just because the broader community holds up dominant caste values as the ideal, they aren’t,” she added. “This policy is there to prevent that as much as possible.”

Narayan said she hopes those from more privileged backgrounds think critically about their role in combating oppression.

“For students who are of dominant caste backgrounds like myself, I hope this is an invitation to them to really think more critically about how they can contribute to destroying the caste system effectively and reflect on how their caste background has allowed them to move in South Asian spaces without having to think about all (of) these things,” she said.

In the announcement, Carey-Butler expressed the University’s goal with the introduction of this new provision.

“Our nondiscrimination policies exist to ensure we’re protecting people and to ensure the University environment is free of hurt and harm,” she explained. “We have a long-standing commitment to this work, and it is ingrained into the fabric of who we are. 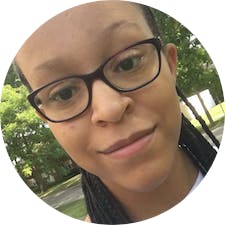 ‘Shocking just to watch’: U. community members react to riots in Brazil