March 6, 2015 | 9:04pm EST
A Brown Bites Guide to the emerging details, University proceedings and campus reactions following an October party where GHB was allegedly served to two women, one of whom reported being sexually assaulted later that evening after leaving the party. 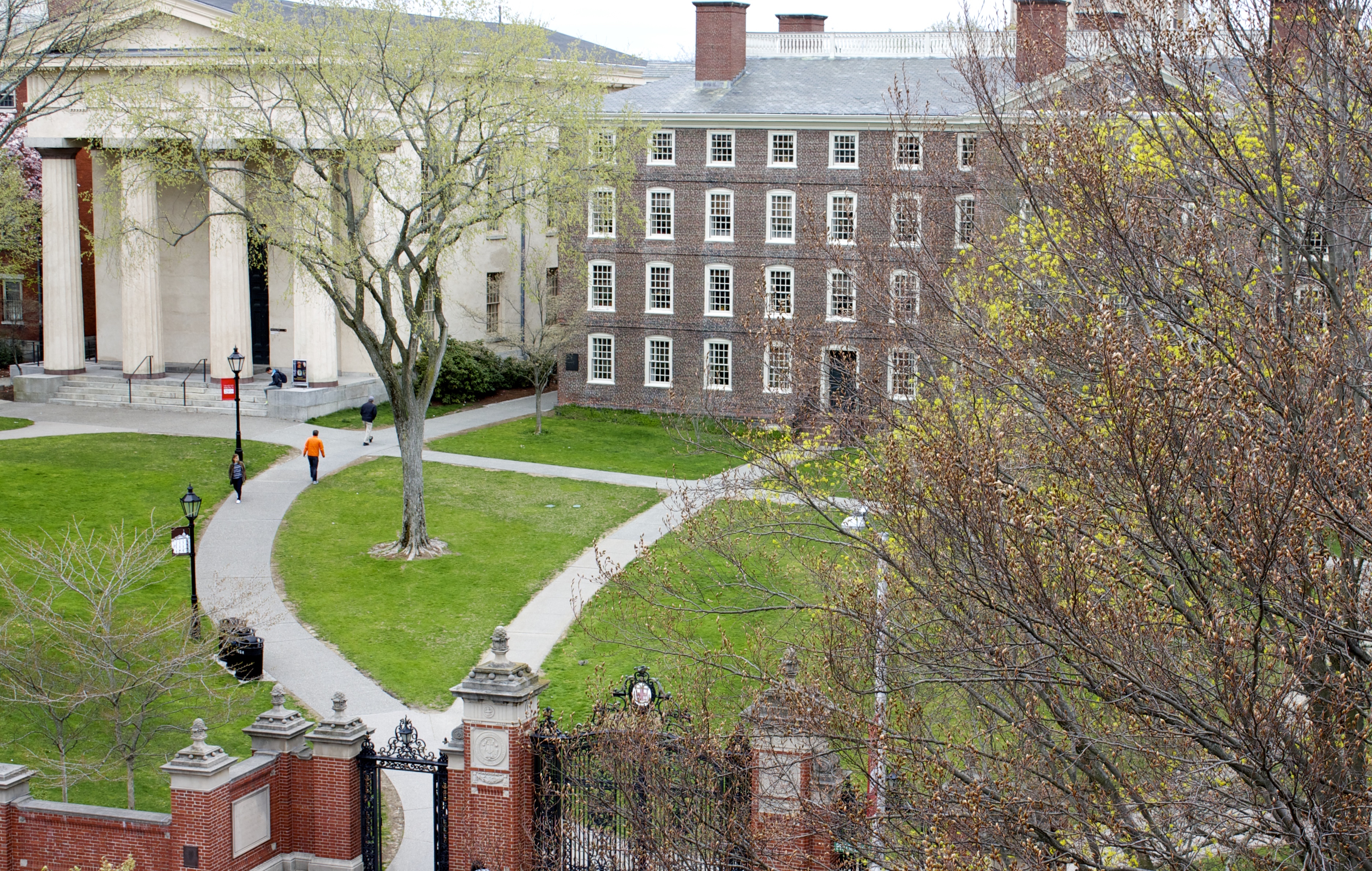 On Oct. 24, Executive Vice President for Planning and Policy Russell Carey ’91 MA’06 and Vice President for Campus Life and Student Services Margaret Klawunn sent a campus-wide email detailing an incident that allegedly occurred the night of Oct. 17. Two female students reported receiving a “spiked” drink at an unregistered Phi Kappa Psi party, and one of the two reported being sexually assaulted later that night after leaving the party.

In a letter in The Herald, Phi Psi maintained its innocence and stated that the fraternity does not condone any forms of sexual violence.

When the results of a urine test came back, they seemed to indicate that one of the two girls tested positive for GHB. Phi Psi responded with another letter in The Herald, writing that none of its members spiked anything and raising questions about the validity of the lab tests.

But the University found Phi Psi responsible for a number of violations including the alleged presence of the “spiked” drink because the frat controlled beverage service at the party. The University revoked Phi Psi’s recognition and housing for four years, Carey and Klawunn wrote in a Jan. 19 community-wide email.

But the urine test that had originally been interpreted as positive was later deemed inconclusive, Carey and Klawunn wrote in a Feb. 21 email.

SO WERE THE RESULTS CONCLUSIVE OR NOT?

In their Feb. 21 email, Carey and Klawunn explained that, after the validity of the urine test was called into question, Brown hired an independent expert to review it. That toxicologist also reviewed the results of a separate hair test on the other woman, which Carey and Klawunn did not disclose in that email. Though the lab that conducted the urine test assured Brown three times that the results conclusively showed that the student had ingested GHB, the independent expert suggested that the urine test, as well as a hair test, was actually inconclusive. While the email maintained that there was more evidence against Phi Psi than just the lab results, Brown revised Phi Psi’s punishment and allowed them to petition Brown for recognition in May 2017, likely cutting a year and a half off the original sanctions.

Two days after the administrators’ email, Phi Psi began distributing flyers to the student body with a scannable barcode that directs to a letter, which was also published in the Providence Journal. The fraternity brothers urged the University for increased transparency and noted in the letter that the individual who allegedly sexually assaulted one of the two women had no affiliation with Phi Psi or any of its members. But the letter misleadingly claimed that the results of a hair test were “conclusively negative” when they were, in fact, inconclusive due to a mistake in how the test was conducted.


BUT WHAT HAPPENED IN THE TESTS?

On March 1, Carey and Klawunn sent another email, this time providing more evidence about the case and asserting that incorrect information was being disseminated. Carey and Klawunn wrote that two lab tests had been administered: a urine test and a hair test. The urine test, which originally confirmed the presence of the date-rape drug, was found inconclusive upon subsequent investigation. The hair test was also regarded as unreliable and was never used as evidence against Phi Psi. Carey and Klawunn were adamant in the email that the inconclusiveness of the lab results does not mean the two women were not drugged. They again reported that Phi Psi’s sanctions did not result from the physical drug tests, but rather from a combination of other evidence and past history.

Meanwhile, The Herald released new information about the lab testing. The original hair test — performed by Ernest Lykissa, lab director at ExperTox Inc., in conjunction with the Carlson Company — likely had some major methodological issues. When hair is tested for the presence of a drug it should be segmented. That is, the hair must be divided into sections because as the hair grows from the scalp, one strand is essentially a timeline, with the hair closest to the follicle representing the most recent history. Each segment of the hair represents a different point in time, allowing toxicologists to look for changes in the levels of different chemicals. But if the hair is not segmented and instead results are averaged across the entire strand, it is far more difficult to detect a spike. Documents reviewed by The Herald suggest the lab did not report segmented results and instead averaged GHB levels across the entire strand. What’s more, prior media coverage has called the legitimacy of the Carlson Company’s and Lykissa’s past work into question, as both have been accused of providing inaccurate and misleading test information prior to working with the University.


“I agreed to get the hair test because I was told it would aid my case even though it was an incredibly difficult experience having a large quantity of my hair removed,” the complainant wrote. “It seems extraordinarily unfair to have to forego more of my hair because of mistakes committed by the University.”

AND WHAT HAPPENED TO THE ACCUSED STUDENTS?


The University dropped charges against the student accused of serving the drink containing GHB due to a lack of physical evidence. Though The Herald found no documents detailing specific ways in which the accused student received preferential treatment, several individuals familiar with the case have suggested that the accused student’s family connections — his father is a Corporation trustee and significant donor to the University — may have influenced the results. In one Feb. 7 email, the father of one of the complainants wrote: “Having a very wealthy member of the Board of Trustees as a parent of (the accused student) raises the question if my daughter can get a fair hearing at Brown.” Dropping the case on the basis of lack of physical evidence has been characterized by Katie Byron ’15, a member of the Task Force on Sexual Assault, as “inconsistent” with the handling of other cases. “In so many of these instances, there’s no evidence. There’s somebody who comes forward and discloses an experience, and for the most part, that person’s testimony is enough to warrant a hearing,” she said.

The University also found the student accused of sexual assault not responsible based on the argument that the complainant’s partial memory prevents her from adequately countering the accused student’s testimony that she consented. Deputy Provost Joseph Meisel, who served as appeal officer for the case, wrote to the complainant that, “The question is whether the visible presentation of your stumbling could or should have led (the alleged assailant) to infer that … your level of intoxication was past the point at which it would have been reasonable to assume you were capable of giving consent.” Two undergrads who serve on the Task Force on Sexual Assault expressed dismay with the student conduct board’s reasoning. Byron called it “an atrocious Catch-22,” and Justice Gaines ’16 said “the fact that only the accused’s memory is taken into account because the victim doesn’t have a memory is horrifying.”


“My daughter has been involved in this process for over four months. This is a process that should have taken 60 days,” he wrote. “Having a very wealthy member of the Board of Trustees as a parent of (the accused student) raises the question if my daughter can get a fair hearing at Brown.”

The turn of events has raised an uproar on campus. While some students remain confused by the sequence of events, others have been protesting. Still more have taken to social media to express their outrage, calling for institutional change using the hashtags #MoneyTalksAtBrown and #GHBGetOutOfRapeFree. 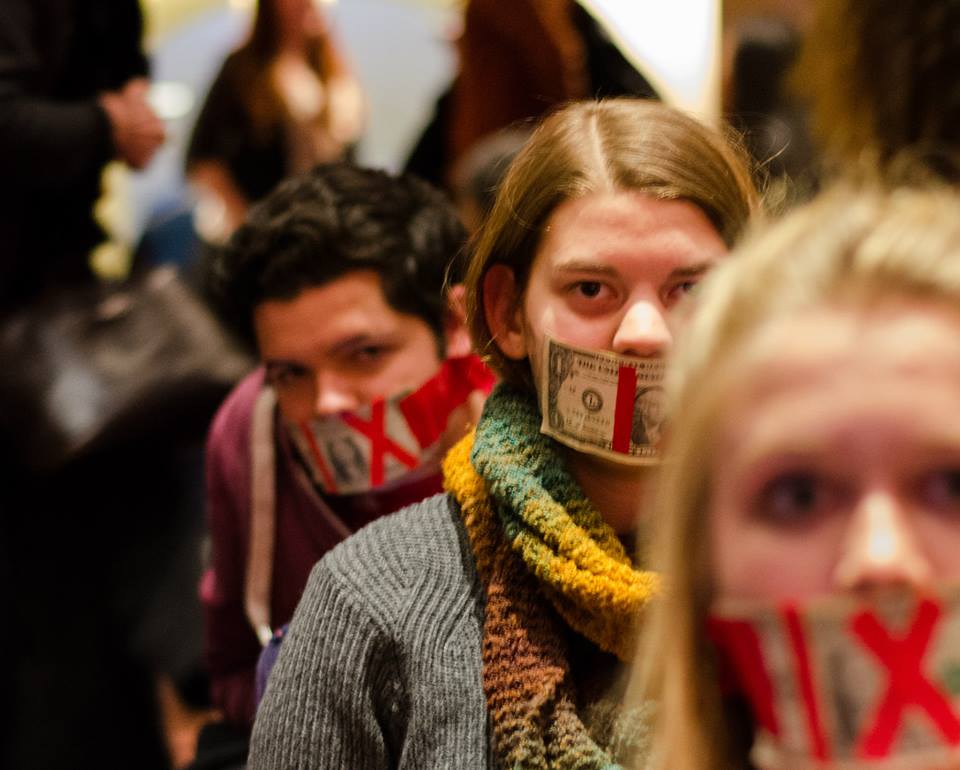 The protesters held slips of paper reading, “We are protesting the mishandling of cases of sexual violence on college campuses. We especially hope to draw attention to the way influence and money obstructed justice for the two women who were given date rape drugs at Brown. #MoneyTalksAtBrown.”