Quote of the week: "This place is a shithole!" - St. Vincent, during her concert at Lupo's Heartbreak Hotel on Sunday.
Check out The Herald's review. 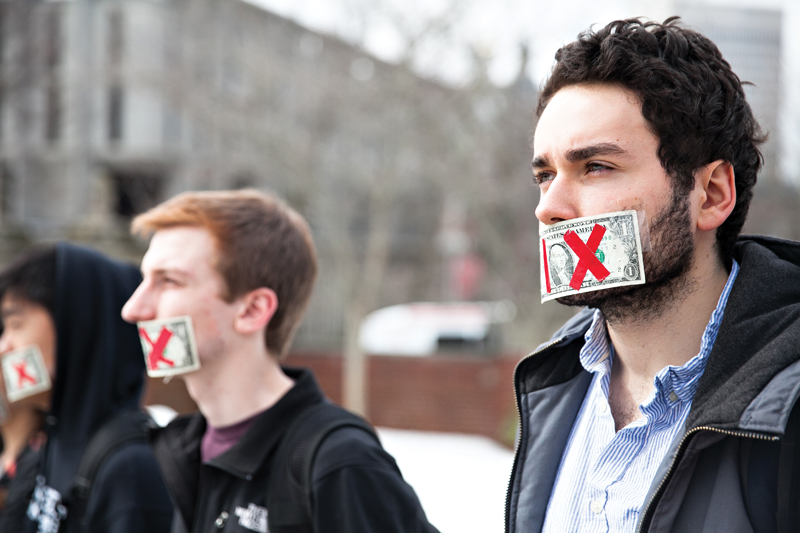 Hundreds of students protested at the march in University Hall Wednesday.

Protests dominated headlines this week as more and more students came forward to voice their opinions on the way the administration handled the recent sexual assault and GHB cases. Everyone from the Undergraduate Council of Students toHerald opinion columnists to members of the Task Force on Sexual Assault has voiced opinions on the growing controversies, with many giving support to the two complainants. Protests have occurred all around campus, with some students bringing the outcry to President Christina Paxson P’19 herself. Hundreds marched on University Hall Wednesday with dollar bills marked with “IX” taped over their mouths.

Many students also attended the imPulse Dance Company’s show last weekend. This year’s show, “ImPulse Rising,” showcased the alter egos of the dancers through an intensely energetic two-hour-long, primarily hip-hop production. ImPulse has been preparing for the show for the past year, with multiple auditions and a full week of 12-hour-long rehearsals over winter break. The show, which also featured two other dance groups — Badmaash and Static Noyze — made most attendees physically exhausted just by watching it. 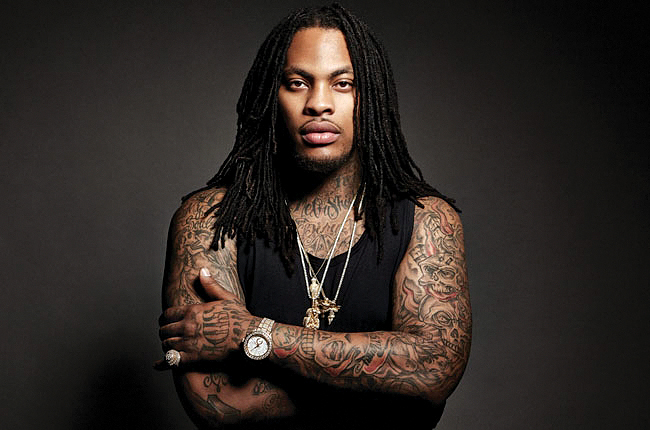 Brown Concert Agency confirmed that rap artist Waka Flocka Flame will perform on the Friday of Spring Weekend in a blog post Thursday.

Students are looking forward to another energetic production this coming weekend: the Vietnamese Students Association’s show “Timeless: Past, Present, and Future.” The show aims to bring more attention to both VSA and Vietnamese and Vietnamese-American identities. Students from both Brown and Northeastern will come together to perform at the event, which will feature dance, spoken word and a fashion show by Fashion4Freedom. The show looks to highlight Vietnamese culture and bring people together — as event coordinator Mary Nguyen ’17 explained, “There’s not that many Vietnamese students at Brown, and oftentimes coming here we feel isolated because we’re far away from our families.” VSA certainly got one thing right: Food is a surefire way to bring Brown students together.

GET READY TO LEARN ANOTHER ACRONYM:


In case students aren’t getting enough arts and culture already, Brown is planning on selecting a location for a new performing arts venue by this summer. Michael Steinberg, vice provost for the arts, explained that the new facility will include “various kinds of incubator spaces for collaborative projects that will involve visiting artists and students,” as well as performance and studio space. Steinberg is also pushing for a “global conservatory” in Berlin, a city with “a long history in the arts,” and he hopes that Brown students can start going to Berlin this summer through a theater program run by Bard College. We can’t help but wonder what’s closer: Berlin or Perkins?

For those students who aren’t learning in Berlin this summer, Brown will offer five seven-week-long online courses, up from three last year. The courses, which are in the CLPS, classics, English, and German departments, are set to be highly interactive and capped at 18 students. James Chansky, director of summer session and pre-college programs at the School of Professional Studies, noted, “It’s just a lot easier to show up in a room at 10 o’clock and pay half attention. … But you can’t really coast and be invisible in an online course. It requires more self-discipline and focus.” If focus during class is something that online courses require, no wonder the enrollments are slotted to be so small.