Alex Cannon is running for Rhode Island State Senate in the special election for District 3, which is scheduled to take place Nov. 2. Cannon is the first Republican to run for State Senate in District 3 in the past 15 years. The seat became vacant after the resignation of Democrat Gayle Goldin joined the Biden administration in August as Senior Adviser in the U.S. Department of Labor Women’s Bureau.

Cannon was born and raised in Las Vegas and graduated from the University of Nevada with a Bachelor of Science Business Administration degree in Economics. He moved to Rhode Island in 2017 to work for Blue Cross Blue Shield of Rhode Island.

“Alex is very fiscally prudent, and I think that he will offer a different approach when it comes to how the state utilizes its money,” Sue Cienki, chairwoman of the Republican Party in Rhode Island, said. “We have a $13.1 billion budget currently, which is huge. We are also getting a boatload of cash from the federal government, and we want to make sure that money is used in a wise and efficient manner. Having a representative with an economics degree would go a long way in making sure that the money we have isn’t just tossed aside.”

Cannon’s platform emphasizes three policy issues: taxation, education and security. “As a Republican, I’m opposed to doing tax increases and in favor of seeing what we can actually do about decreasing things like property taxes. A lot of what drives economic activity and (makes)Providence in particular a business-friendly climate is low taxation and low costs of living for the people that want to be here to work,” Cannon said. “All of that dovetails into looking at how we are spending our resources now.”

One area that needs to be urgently addressed is the public school system: Cannon hopes to increase spending on students and school infrastructure while reducing administrative cost. “We currently spend $18,000 per pupil on average. That’s the fourth highest average in the nation. I came from a place — Las Vegas, Nevada — where they spend $10,000 per pupil on average.”

The debate over policing reform is another major issue in the upcoming election.  Cannon believes that the Providence Police Department, which is currently understaffed, should receive more funding.

“The Providence Police Department is almost 100 officers below their authorized strength, and that’s the lowest it’s ever been. The Chief of Police says that he needs at least 50 more officers,” Cannon’s campaign manager David Talan said.  “The East Side faces many quality-of-life problems like excessive noise and speeding, but the police department can’t respond to this sort of thing right now. Alex supports having enough police so that they can respond to (these) issues on the East Side.”

Cannon has also spoken about his willingness to improve Rhode Island’s infrastructure. “All the roads (in Las Vegas) were built in the past 50 years. Out here, we have bridges that are hundreds of years old,” Cannon said. “We must make sure that the railways, bridges and highways are in good shape; the basic things that allow us to live a comfortable, prosperous life are things we have to put resources into.”

Another issue Cannon will tackle is climate change, something he believes Rhode Island needs to take urgent action on. With growing uncertainty about the efficiency of solar and wind power, the State Senate candidate spoke about potentially shifting to nuclear energy in the future. “I know many people are not fans of nuclear power, but, to be honest, nuclear power is one of the safest forms of energy production we have,” he said.

The campaign has adopted a grassroots approach, using direct outreach to mobilize support within a short timeframe. “We looked at the voting list for the district and contacted people who we thought would be favorable to voting for me. We’re hoping to drum up that support and get out the vote,” Cannon said. Because he is not receiving donations from any special-interest groups, Cannon said he is not being swayed by others’ agendas.  “We’ve raised over $1,000 in cash from donations to our website and from people I’ve met while knocking on doors. There have also been donations from the Republican Party City Committee for things like mailing efforts and signs,” he noted. Cannon added that his campaign did not seek endorsements from elected officials in the Republican party.

Even though the campaign budget is relatively small, optimism around Cannon’s run is growing. “There’s a common misconception that Providence is so overwhelmingly Democrat that you just can’t win at all as a Republican. The East Side has a lot more Republicans than people think — there’s 1,500 registered Republicans in State Senate District 3, and a large percentage of them vote regularly,” Talan said. “Money-wise, we obviously can’t match what the Democrats have. One of the candidates who ran in the primary, Hilary Levey Friedman, spent $100,000 on her campaign and finished next to last. The person who spends a lot of money isn’t necessarily the winner.”

“In Rhode Island, what makes a good candidate is someone who is willing to do a lot of work and willing to meet a lot of people. Alex is very good at that,” Talan added. “We’ve got a good reaction going door-to-door, and that’s what keeps you going. Because of the (small) size of the district, you can do a lot of stuff without spending money.”

In the election, Cannon will face Sam Zurier, who won the Democratic primary two weeks ago, The Herald previously reported.

Zurier “has definitely been around for a long time. Alex is more of a fresh face. He is a relatively recent resident of Rhode Island, so he doesn’t have as much baggage as some Rhode Islanders have politically, but he’s able to think outside the box really well,” said Providence GOP co-chair William Ricci. Cannon “just has a very different approach to local government than Sam Zurier would have. I think Alex is more fiscally conservative. He’d be more supportive of things such as small business and deregulation. Zurier is more of an old-school Democrat in the sense that he sees government as the solution to our problems, rather than the cause.”

“Statewide, the Democrats have been in power for 80 years essentially at this point ... I think Alex would be a breath of fresh air for the East Side, which hasn’t had a Republican run for a long time,” Ricci continued. “We can take advantage of the circumstances of the special election in the sense that there are no other distractions on the ballot. It’s really a one-to-one shot.”

Talan is excited for what this election could mean for the future of the Rhode Island Republican Party.

“This is the district where Biden got 89% of the vote. If a Republican won this election, it would send a message around the state that Republicans have a chance of winning. I think we would have candidates for the state legislature coming out of the woodworks at that point — this is one of the reasons we’re so excited about this,” Talan added. “We’re obviously in this to win, but if Alex even comes close in this district, then we will have tons of candidates come forward.” 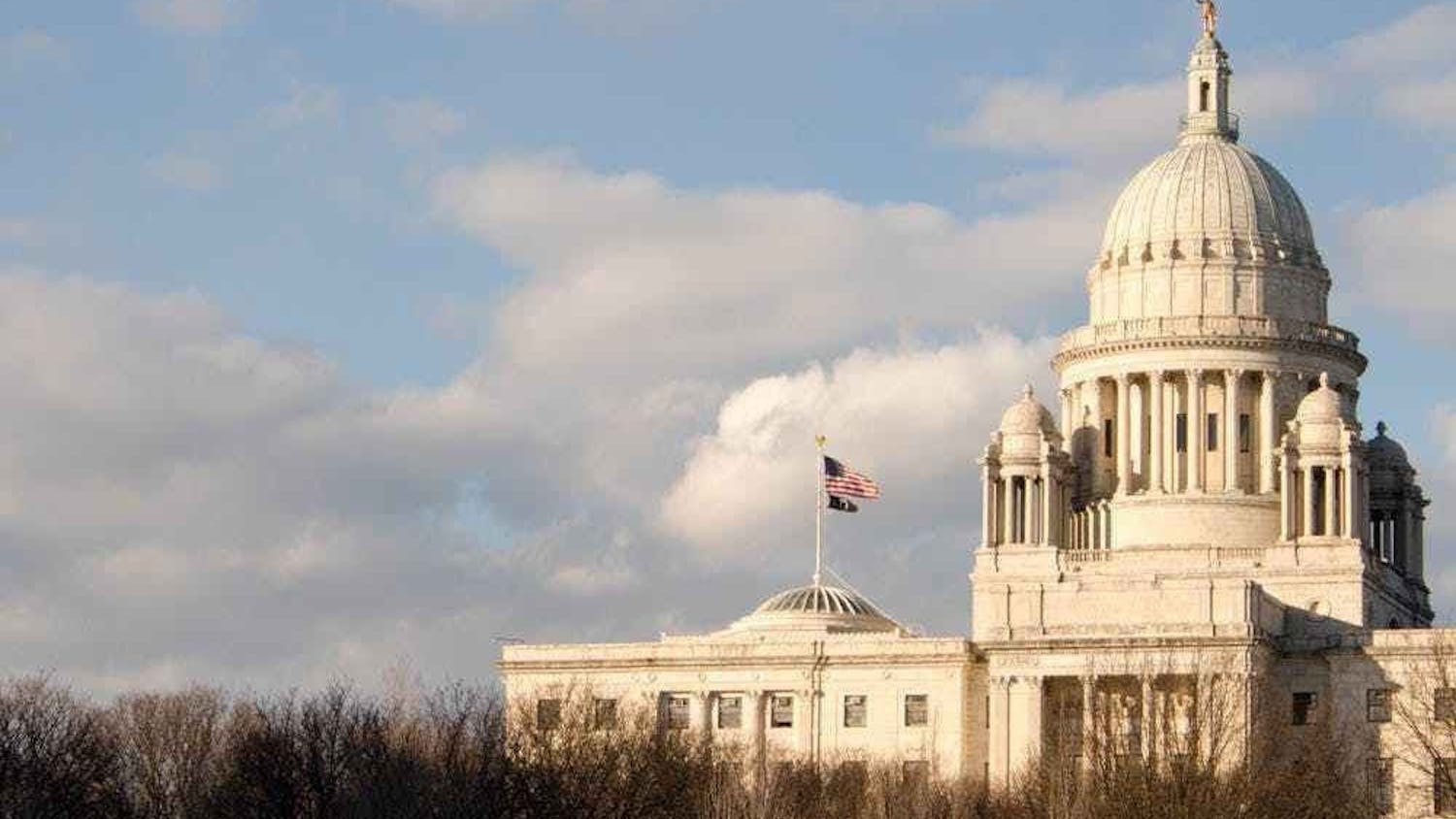