'You' Season Three Review: an uneven but entertaining turn toward suburban domesticity

What happens after boy gets girl? Perhaps a cautionary tale against the settling down of a serial killer and his equally ruthless partner hell-bent on keeping a fractured family whole, but, again, we already knew that. With the release of Season Three on Oct. 15, fans return to the darkly delicious saga “You” gleefully anticipating the domestic tumult that is the matrimony of Joe Goldberg (Penn Badgley) and Love Quinn (Victoria Pedretti).

The show does not disappoint — not in the beginning and the end at least. With a thrill ride of a start, audiences are treated to the first murder of the season, arguably the only justifiable homicide out of several. These murders amount to a corrosive secret that threatens to unravel the dormant peace of the Goldbergs’ neighborhood and spill the secrets of the newlyweds’ eventful past.

Yet, it is after the fast-paced development of the first few episodes that the show slows down significantly and the excitement and unexpected slaughters peter out. The deadly glint of Joe’s instincts as stalker-murderer dulls as he takes on the homely role of a clumsy, first-time father. Spending some quality parenting time at the library, Joe stares at his blue-eyed child with puzzlement and uncertainty. He is uncertain that he can be the caring father his son needs after his own traumatic childhood in the foster care system.

Joe’s frustration is amplified by a sense of alienation from his son: Baby Henry cries and pukes (like a normal infant does) when he is read bedside stories (the works of Fitzgerald proving to be a poor fit for a dozing baby). Not to mention the fact that Joe is unable to perform his proper stalker routine when he has a baby strapped to his chest.

The show is most refined in its artful justification of calculated kills and obsessive pursuits. Joe only seeks to protect his love interests, keeping them away from glib social circles and sleazy boyfriends and improving their lives because they deserve better — more specifically, they deserve someone as appreciative and compassionate as him.

Audiences are repeatedly compelled to side with Joe, despite his methodical eradication of those closest to the airy beauties he fixates on. It is only when the end credits roll that we have time to reflect on just how disconcerting and wrong his actions are — and consider that maybe these girls aren’t who Joe thinks they are. Even then, we are swayed by the unreliable narrator’s devilish good looks and witty employment of literary allusions. The show’s most exhilarating moments come with bated breath, as Joe cleans up his bloody messes just in time to win the love of his latest target.

Season Two represents this well-written balance, ratcheting up audience support for Joe, a victim of parental neglect in his own right, by fermenting resentment against those he quickly kills off — a sexual predator/pedophile, abusive boyfriends and illicit debt collectors. The season culminates in the climactic moment when Joe finally realizes Love is not the perfect, caring girlfriend he envisions her to be.

Season Three lacks the binge-worthy plot cohesion of its predecessor. Imprisoned behind a white picket fence, Joe’s stalker tendencies — so entertaining in their voyeurism — are less frequently let loose, diminishing the show’s momentum. To spice up the lull, Love becomes more impulsive than ever, attempting to kill anyone who threatens her family. But suspension of disbelief stretches thin. Disappearances in the haven of Madre Linda are very clearly marked by the Goldbergs’ move-in, and violent scuffles go unheard and unnoticed by the majority of gossip-prone Madre Linda folks.

While the show lapses in thrills and shocking twists, it certainly fulfills the amusing task of portraying caricatures of the tech-savvy upper class.

In search of the best environment for child-rearing, the Goldbergs move to Madre Linda, a neighborhood at the heart of the NorCal tech bubble. Every resident is gluten-free, dons health monitor ringlets and athleisure while supercharging suburban ennui with Viagra, polyamory and the competitive drive for their progeny’s success (launched by preeminent private schooling starting at the age of six).

The insufferable couple, Sherry (Shalita Grant) and Cary Conrad (Travis Van Winkle), constitutes a comedy duo that almost forces Joe and Love to team up together, offering a hilarious showdown towards the end of the season.

Marriage is hard work — and “You” Season Three reveals just how twisted and destructive a couple can be to each other when two individuals fall out of love. While Season Three may have a few meandering plot strands, the bodies do eventually pile up and the brutal murders do occasionally surprise an audience accustomed to Joe’s and Love’s ruthlessness. Still, one cannot confidently say that the newest addition to the saga is better than the last. 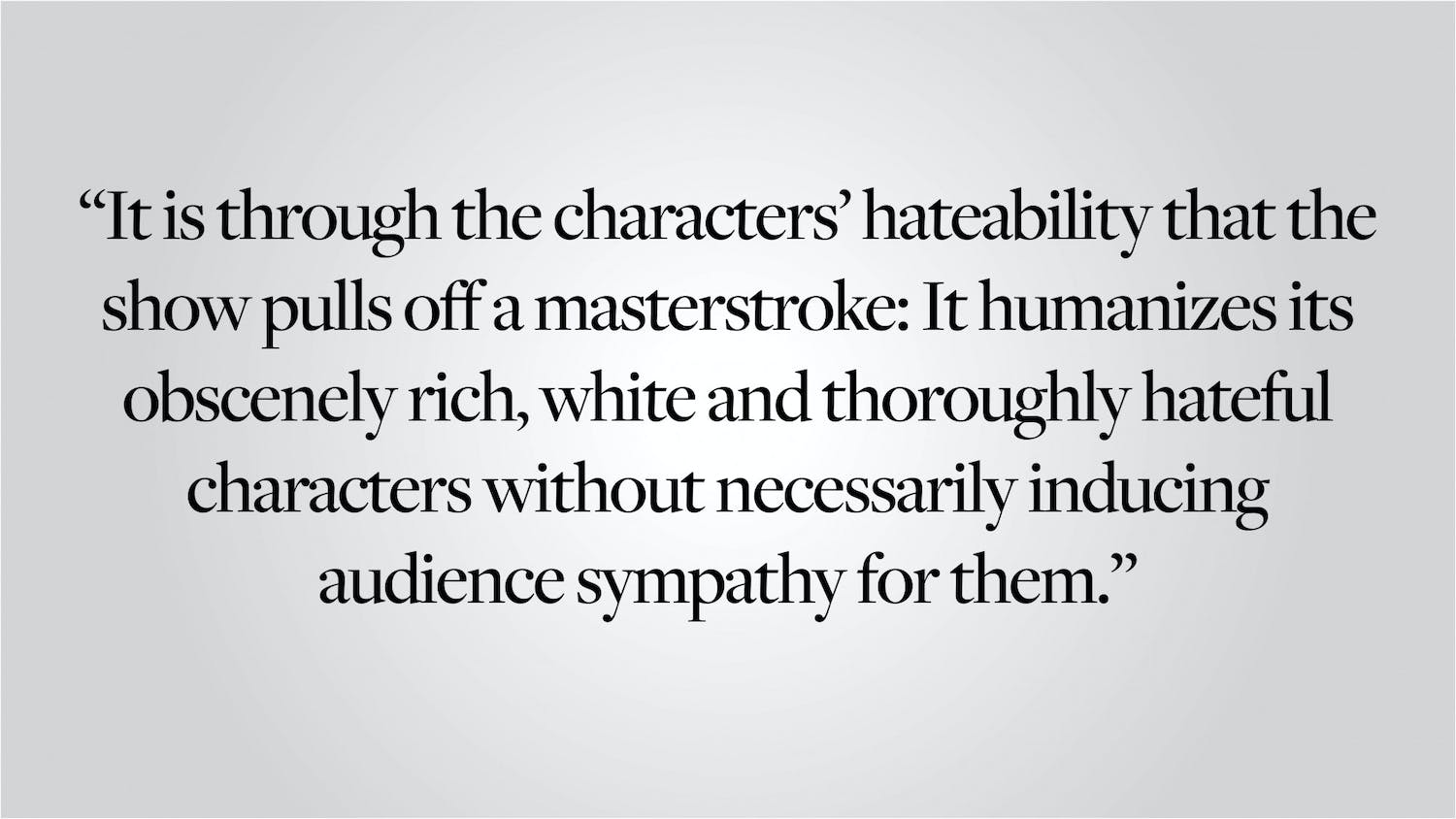