Although students were granted a day of canceled and virtual classes last Friday due to a snowstorm, normal operations continued for some University workers. Only eight staff members missed work due to the weather, according to an email to The Herald from Vice President of Dining Programs George Barboza, and the rest of the University’s dining employees continued work as usual.

The snow began overnight leading into Friday and continued to fall into the evening. About 3.4 inches of snow accumulated throughout the day. In an email written to University students by Executive Vice President of Planning and Policy Russell Carey ’91 MA’06, the University discouraged “non-essential travel” as “heavy snowfall, high winds and ice” posed a “serious risk.”

While the COVID-19 test pick up sites and University administrative offices were closed, the Sharpe Refectory, Verney-Woolley Dining Hall, Andrews Commons and Josiah’s all remained open on Friday, Barboza wrote. During the Jan. 29 blizzard, only the Ratty and the V-Dub remained open.

The Brown Faculty Club and the School of Engineering Cafe were both closed Friday in order to “reallocate staff to further support the units that were open,” Barboza wrote.

All Brown Dining Services staff are considered “essential employees,” according to Barboza. Therefore, workers are “required” to come in during “inclement weather,” Barboza wrote. He also wrote that if employees are unable to safely come in for work, Dining Services instructs them to be in touch with their supervisor “in the same way they would for illness, family matters or other circumstances.”

According to the union’s collective bargaining agreement, Dining Services employees are required to work during inclement weather regardless of whether or not University offices are closed but receive “compensable time off in an amount equal to the number of hours worked during the closing.”

According to the contract, union workers also receive “compensatory pay” — either time-and-a-half or double time — for each hour that they worked during the storm.

Accommodations “on or near campus” are provided for workers to stay overnight in bad weather if they choose, but the University does not require them to stay, Barboza wrote. Most of the shifts on Friday were of normal length, Barboza noted, but some staff had to work extended hours due to scheduled overtime that was not necessarily related to the storm.

Nanyeli Rosa, who works in food prep at Andrews, said she drove to work and that “it wasn’t that bad to come.” She also confirmed Barboza’s statement that workers were not forced to come for shifts and Dining Services could call in replacements who were normally scheduled for other days if conditions proved unsafe.

Aris Adames, another Andrews employee in food prep, also drove to work on Friday. While she said the roads were icy, her biggest challenge was “finding parking.” The city of Providence instituted a parking ban on city streets from 2 a.m. to 7 a.m. on Friday.

Neither Rosa nor Adames are union members, so they did not receive any additional payment or time off, they said. 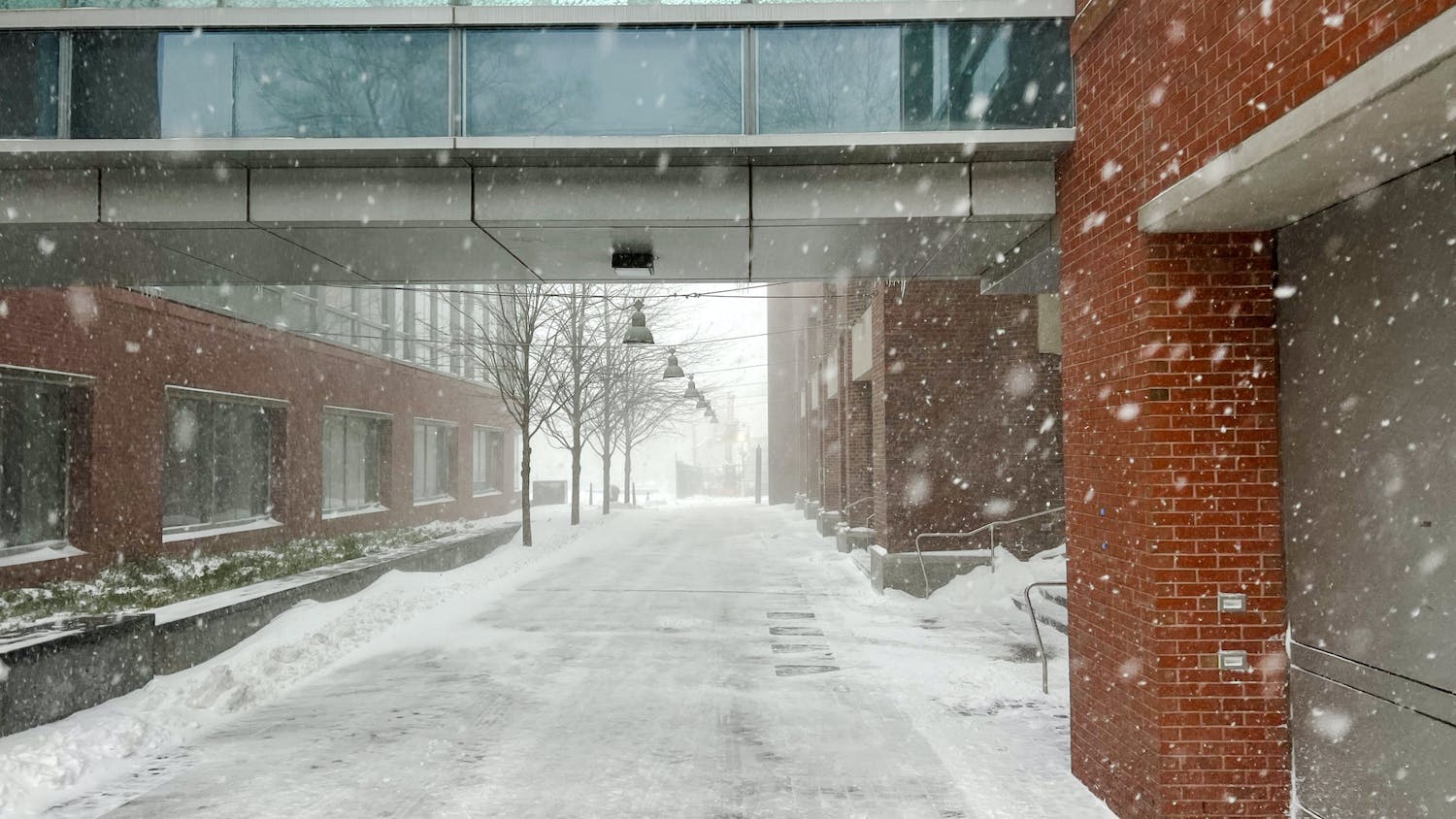 Classes may be held remotely due to inclement weather Friday 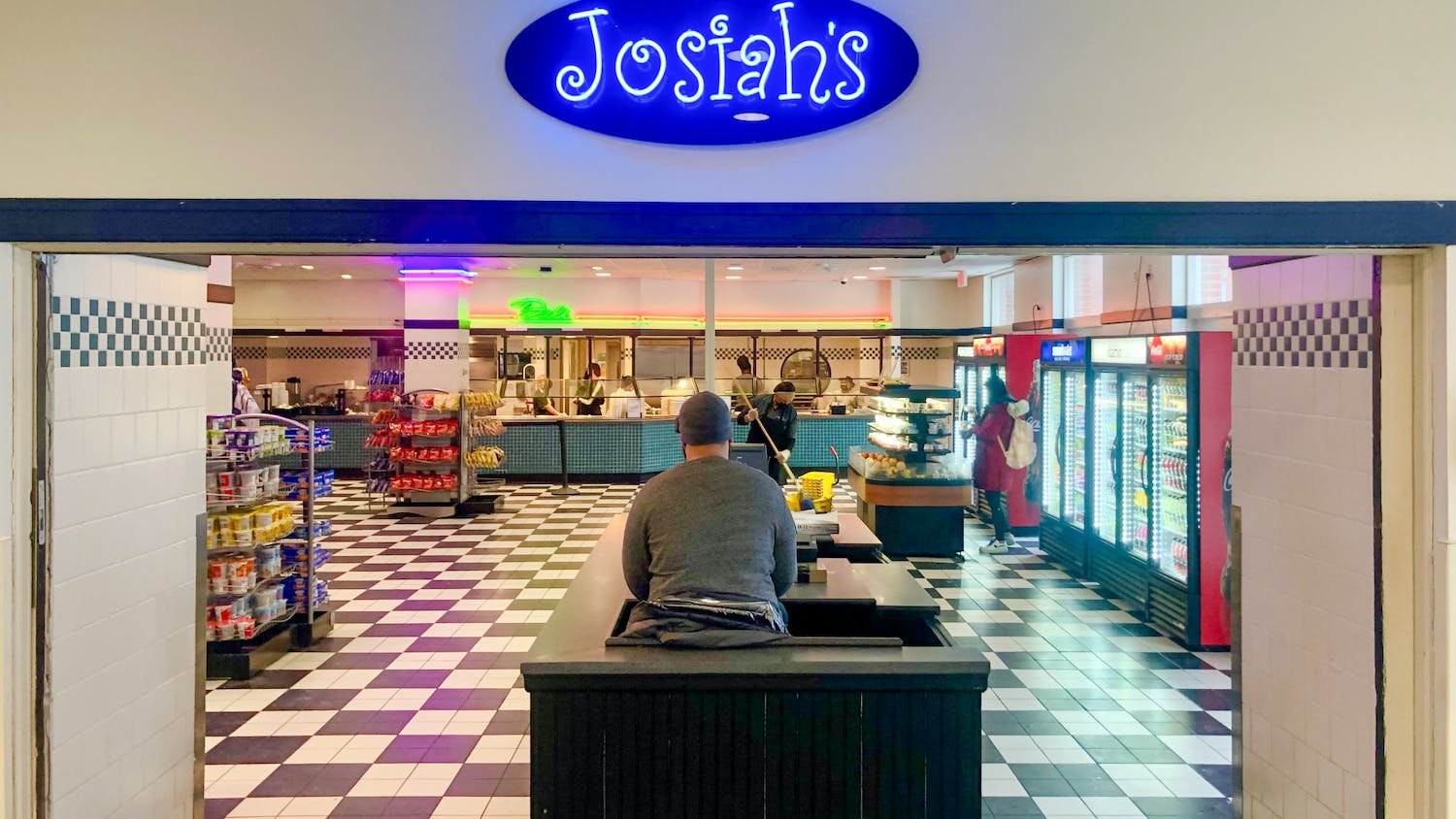