Students piled into the DECI Auditorium of the Solomon Center on Wednesday evening to participate in “A Conversation with Davarian Baldwin,” an event held by Students for Educational Equity at Brown, Housing Opportunities for People Everywhere and the 2023 Class Coordinating Board.

The event was meant to foster conversation about the University and “the role it plays in the surrounding Providence community: what it contributes, what it harms and what it owes,” according to a description of the event on Facebook.

The discussion, which was facilitated by Gabe Mernoff ’22.5, advocacy coordinator for HOPE, and Carina Sandoval ’23, community outreach lead for SEE, opened with a University land acknowledgement.

“This conversation is one that we believe is long overdue,” Mernoff said. “We’re excited for the opportunity to finally engage in this topic of University accountability.”

What makes this topic “particularly important right now in Providence (is that) the Payment in Lieu of Taxes agreement — also known as PILOT — between Brown and Providence is ending in 2023,” Sandoval said. “Though this agreement Brown currently pays $4.3 million each year, … (that) is significantly less than the estimated $49 million Brown would be paying each year in property taxes” if it paid full taxes on all of its properties, an estimate which was provided by a  Providence Financial Department report released in January.

University Spokesperson Brian Clark previously told The Herald that the University plans to negotiate a new agreement with the city on voluntary contributions in order to “make a positive economic impact locally.”

Rhode Island state legislators have introduced multiple bills aimed at making Brown pay more to the city and state — one of which would limit the amount of tax-exempt property private nonprofit schools like the University can hold and another which would enact an endowment tax.

Baldwin, who is a distinguished professor of American studies at Trinity College in Connecticut and spoke at the event via Zoom, opened the discussion by explaining the inspiration behind his book “In the Shadow of the Ivory Tower: How Universities are Plundering Our Cities,” which explores the relationship between universities and their surrounding communities.

Baldwin first came upon the issue when he witnessed protests outside of administrative buildings at the University of Chicago. Residents on Chicago’s South Side — which he said is a “historically Black and increasingly Latinx community” — were protesting the relocation of the Checkerboard Lounge, a blues club that both UChicago students and South Side residents frequented, into a UChicago-owned building.

When he began to consider the role of other urban universities across the country, Baldwin “realized that this was a national story,” he said. This “is a question about the larger issues around urban democracy.”

Baldwin explained that institutions such as Brown are exempted from certain taxes by the state based “on the idea that the institution will serve the state in particular ways.”

The 1990s saw the development of what Baldwin calls the “Knowledge Economy,” in which higher education institutions began to be “deployed to create profitable goods and patents” rather than just providing educational services.

Now, “economic viability becomes another way of talking about public good,” Baldwin added. In other words, because universities seek to drive their own economic growth which contributes to larger economic growth, they are seen to be helping the public good.

But Baldwin said universities often don’t contribute to the public good for those directly adjacent to them, instead looking “beyond the community that surrounds the campus.” He argued that higher education institutions can serve as better neighbors by providing for the community beyond educational services.

“Higher education (institutions) have become the biggest employers, real estate holders, policing agents and healthcare providers in major cities and small towns” across the country, Baldwin said. Public good “must be discussed in alignment with the range of ways in which higher education pervades our lives.”

When higher education institutions began buying more surrounding property, they simultaneously raised property values for those in surrounding neighborhoods while also remaining exempt from (most) property taxes under the “presumption … (of) public good,” according to Baldwin.

These taxes would typically go to “public schools, snow removal, trashing (and) infrastructural maintenance,” he added. Universities must pay taxes “to the degree that (they) contribute to the community” and should “be properly assessed and taxed.”

Clark has previously told The Herald that separately from its voluntary payments to the city, the University contributes to Providence by driving economic activity, investing in the Jewelry District, running its own police department and emergency medical services — which reduces pressure on municipal first responders — and maintaining a $10 million endowment to support the Providence Public School District.

Baldwin believes that PILOT programs are the right step forward for higher education institutions — citing Yale’s renewed six-year commitment to the city of New Haven, which will raise the university’s contributions to New Haven to $52 million over the course of six years.

Yale “sets a precedent for a school finally acknowledging that their tax abatement has a direct impact on host communities, and (that) they have a responsibility to that community,” Baldwin said. Yale’s contribution “is a fraction of their now-$42 billion endowment, … but it’s important.”

The PILOT “momentum is beginning to build,” he said. But this can become a problem when “schools feel like they can advocate for their ongoing relationship and responsibility to the surrounding community.”

Baldwin also emphasized that while looking back to Brown’s “histories of Indigenous disposession and slave bondage” is important, there are “more present reasons why these schools must be engaging in … reparations.”

Baldwin suggested one way Brown could address the legacies of racial injustices is by beginning viewing the campus “as a living room to the broader community” and begin a “reimagining of the relationship that will come with social services (and) the redistribution of wealth as a greater sense of community.”

Accordingly, universities must “divest in policing and invest in community safety, which includes housing security,” food security, trauma care and other benefits that universities can employ, Baldwin added.

“Another (version of a) university is possible when you reimagine the broader ecosystem about what universities do,” he added. “They are not just teaching classes (but) are these dominant political (and) economic engines in our cities and towns.”

Yuna Shprecher ’24, a member of SEE, felt the event helped teach her “not just (about) Brown as an entity but (about) universities in general … about the onus they have to do better for the communities that they are in. It was really eye opening.”

“I learned how much more there is to learn. … As a student at Brown, I do not know about Brown itself,” said Camila Olander ’24. “It’s time to insert pressure from the internal aspects of the community as Brown students.”

Baldwin closed his talk by encouraging University students to mobilize in favor of the recent tax legislation, engage in the broader Providence community and further investigate Brown’s real estate portfolio and community policing.

“We need to … build out values that can create classes, that can do services, that can expand the vision of the campus beyond the borders” of the University, Baldwin said. “Let’s make a new university.” 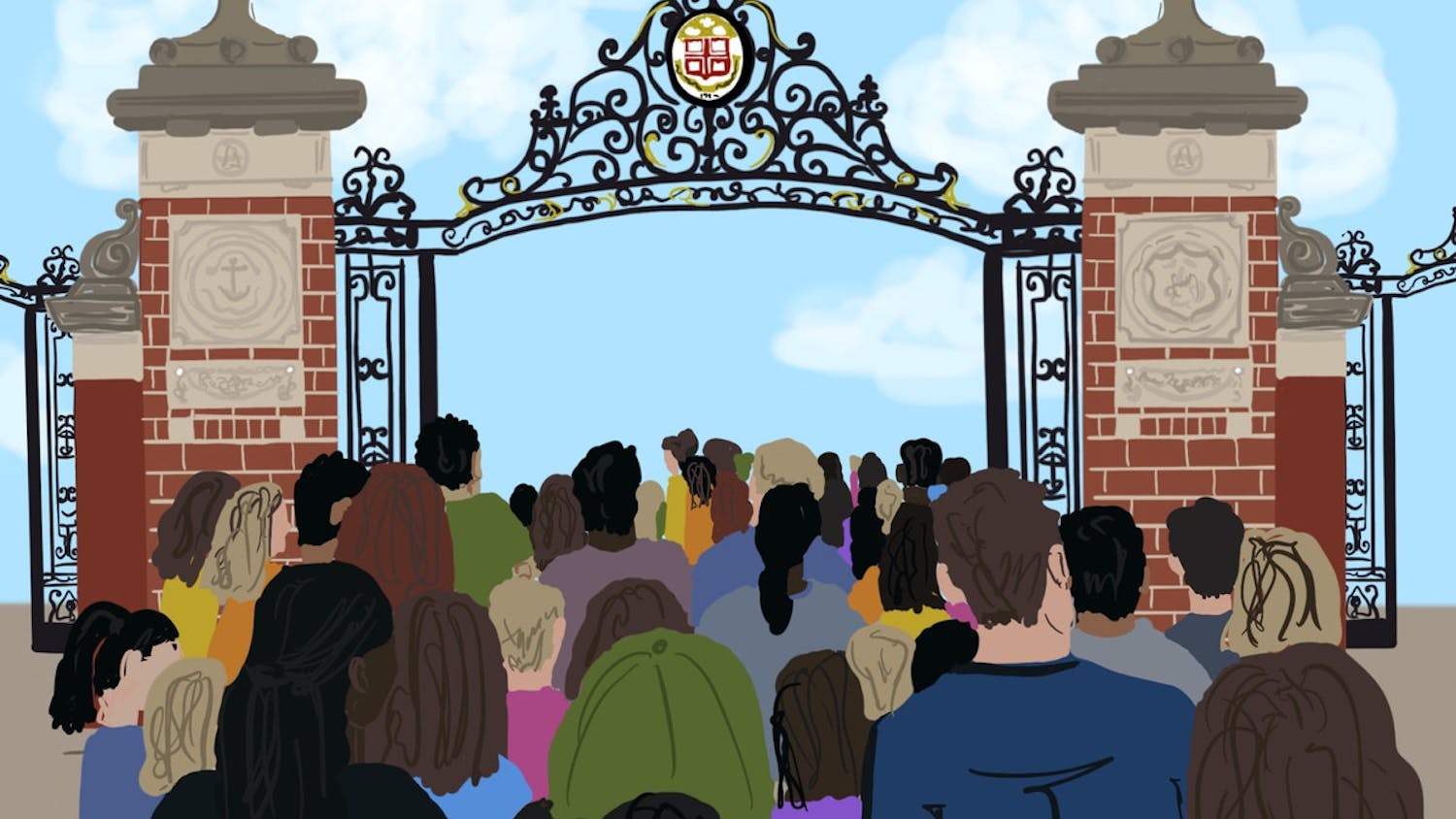 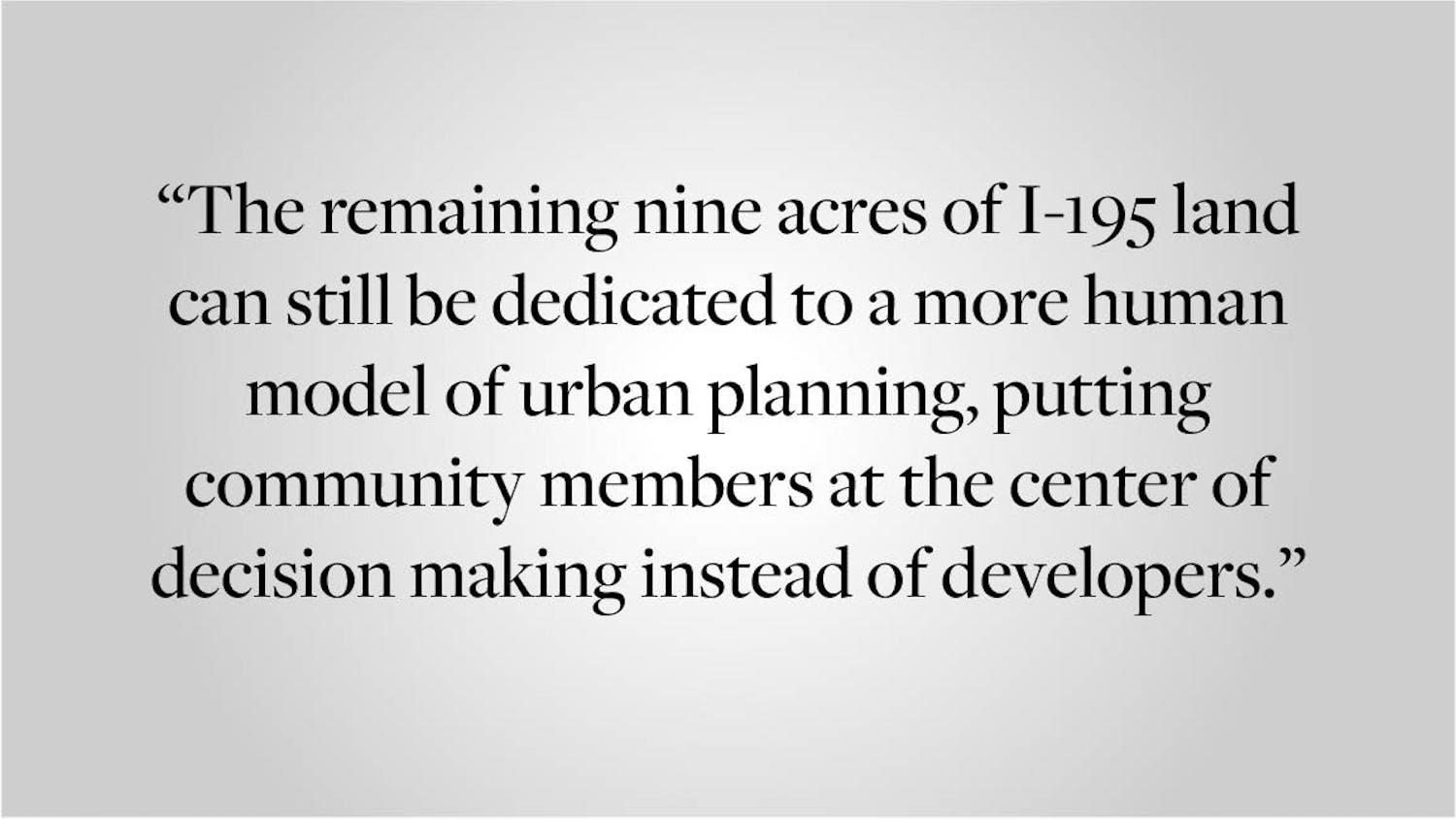 Sender ’25: The I-195 Commission has failed — the community can do better 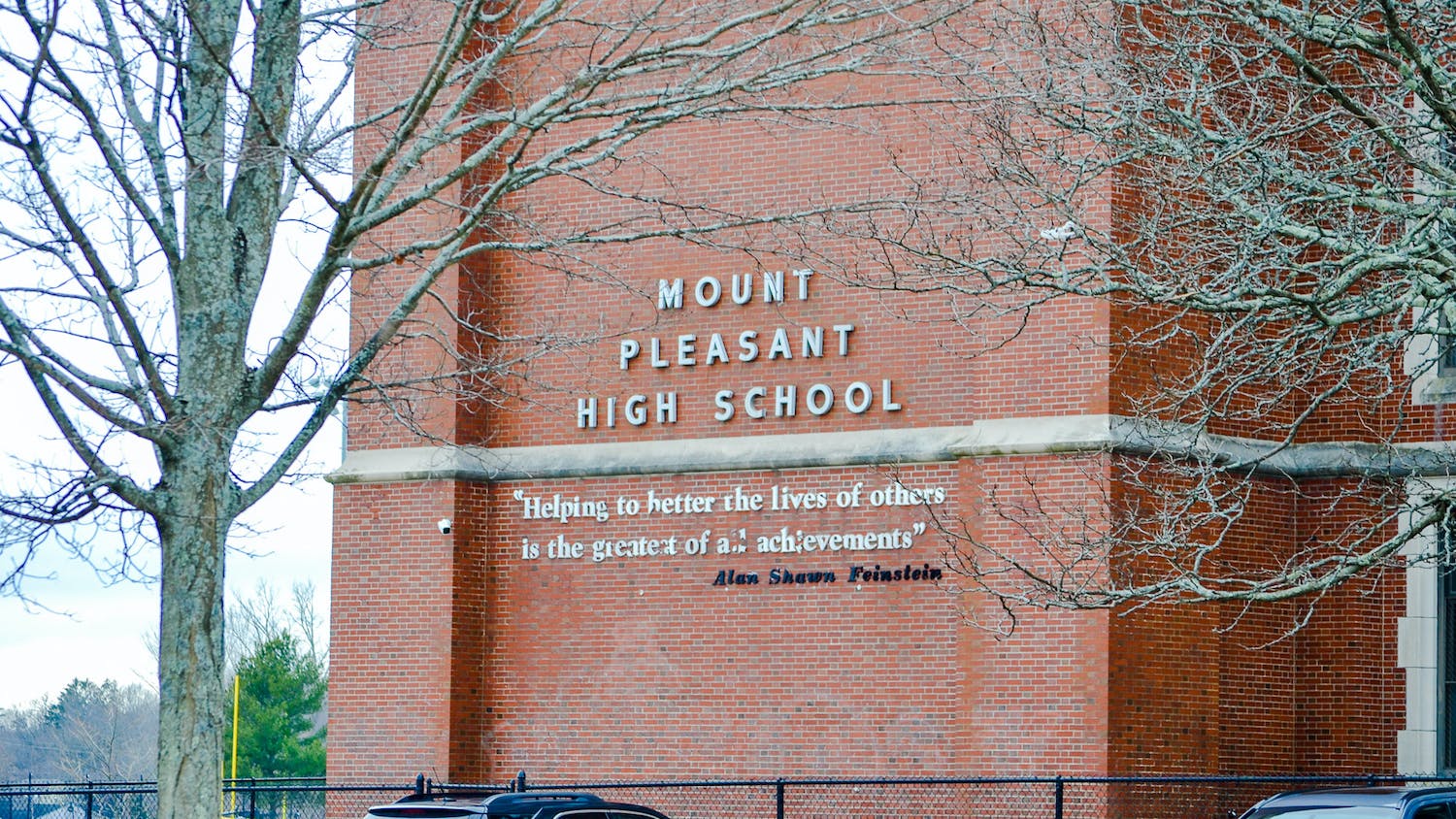