As neighborhoods in Providence have evolved over the years, businesses have felt the effects of increasing prices and changing customer demographics as a result of gentrification and displacement, The Herald previously reported.

Thayer Street is one area that “has changed immensely,” said Ann Dusseault, owner of Old Bag Vintage. Developers “have built up everything they can possibly build up.”

Dusseault previously owned Pie in the Sky on Thayer Street, which was in business for 27 years before closing during the pandemic, leading Dusseault to open Old Bag Vintage on Ives Street. The business landscape has changed “because there’s no more indies, it’s all the big stuff now,” she said.

According to Dusseault, the biggest cause for change has been landlords. “All the landlords have obviously wanted to make top dollar on their properties,” she said. Franchises can afford to pay rising rents more often than independent shops, Dusseault said.

On Ives Street, in her experience, student rentals have led to rising rents across the board, Dusseault said.

Historically, University students seeking rentals in Fox Point have caused rents to rise in the neighborhood, The Herald previously reported. Oftentimes, students can afford to pay slightly higher rents than working-class families, according to Nathaniel Pettit ’20, whose 2020 honors thesis investigated gentrification on the East Side of Providence.

In the early 1980s, the neighborhood “was so different,” said Joan Ritchie, owner of Peaceable Kingdom, a shop on Ives Street. When her store first opened, Ritchie rented space for $168 a month — just over $500 in today’s money — and shared the space. “It was so easy to go into business, anybody could do it,” Ritchie said. “That’s no longer true.”

According to Ritchie, buyers from outside Rhode Island started purchasing properties in the late ‘80s, and rents began to rise at a faster rate. Eventually, she moved her business to Ives Street in 1987.

The nicer weather and people walking has led to more traffic recently, and “business has been good,” Ritchie said. But she fears that Ives Street “will follow the path of the rents being so expensive” that different kinds of businesses, especially mom-and-pop establishments like hers, can’t afford to stay.

“That’s the fear: that it’ll go the way of Thayer,” she said.

“I’m sure this neighborhood is going to change a lot. It’s already changing,” Dusseault said. She said she has already seen people buying houses and fixing them up, sometimes living in part and renting out the rest.

“There will probably be more businesses coming in here as well,” she said. “That’s where the money is,” especially when properties can be dual-purpose, with rental units above businesses on the ground floor, she added.

Louis Family Restaurant has also witnessed demographic changes in the neighborhood since the 1960s. Louis celebrated its 75th anniversary during the pandemic and is currently co-owned by John Gianfrancesco, son of the restaurant’s founder, The Herald previously reported.

“The Portuguese families were pushed out,” Gianfrancesco said, citing the growing impact of the University on Fox Point over time. The University “just kept getting bigger.” While Fox Point used to be occupied by many Irish, Portuguese and Cape Verdean immigrants, many of these residents were priced out, Ward 1 Councilman John Goncalves ’13 MA’15, a long-time Fox Point resident, previously told The Herald.

This caused some tension between Brown students and Portuguese young people, Gianfranesco said, recalling his father once standing between students and members of the Portuguese community to prevent a physical escalation. “Louis was a short guy,” Gianfrancesco said. “But he would intervene.”

Over the past several years, Elise Mischel, owner of LuLi Boutique, has seen many more shops open and come to Hope Street where storefronts were previously vacant. “There’s a demand,” she said. “There’s almost a waitlist for people who want to have a brick-and-mortar for their small business.”

Mischel opened her business in May 2011 and felt that Hope Street was “pretty well gentrified” when she opened the store. But “there’s more and more people wanting to take a chance with a small business … and bring it forward with a brick-and-mortar,” she said.

The only large national chains in the area are a CVS and a few banks, Mischel said. The majority of storefronts are small businesses, many of which are notably female-owned, she added. Hope Street and Wayland Square are especially appealing for small businesses because of the size of available commercial rental units, according to Mischel.

These smaller commercial units make it more challenging for large franchises to move in, she said. Thayer Street once had this same appeal and was “very charming, but it’s not anymore,” she added.

Thayer Street has seen major change, Mischel said, “but I’m far enough from that area that it’s not affecting me yet. I think that because all these big things are being developed over there, … if anything, it’s pushing shoppers towards my end of town.”

Mischel also expressed optimism that business on Hope Street is there to stay. “What’s really great about our street is that you’re going to find stores that are absolutely not at the mall … that are unique, and you’re going to meet the owner when you walk in,” she said. “I don’t feel this threat of big business taking any of that away.”

Mischel also said that the landlords in the area are very conscientious, and a few she knows are business owners themselves. “We don’t have some corporate person that owns the building that only thinks of numbers and gouges you so that eventually you have to leave,” she said. “That’s a big deal.” 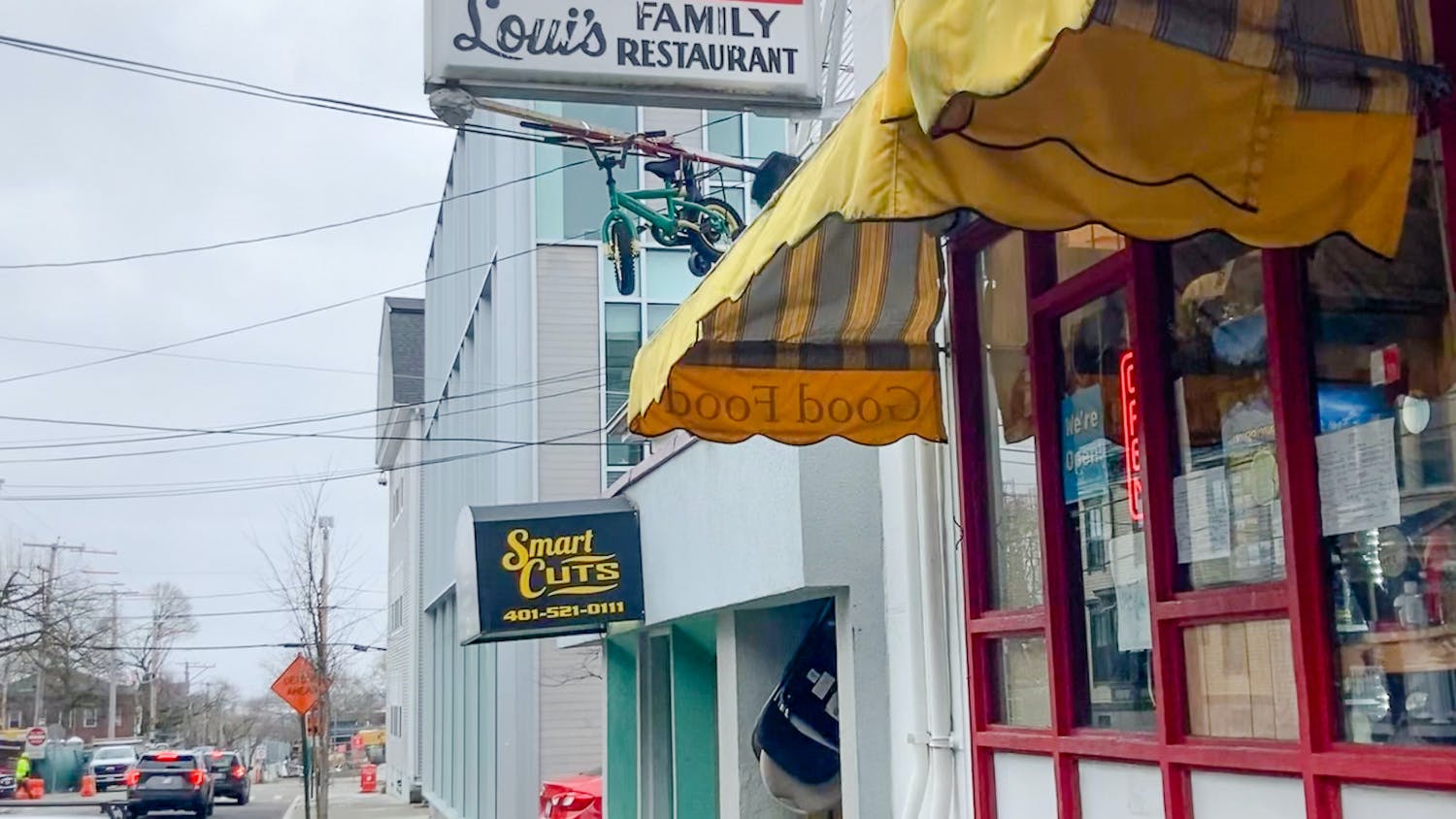