Grads in both of those departments were made aware of the cuts to top-up funding last week, which amounted to approximately $3,000 per person, according to GLO Communications Coordinator Kate Clark GS and internal GLO communications provided to The Herald. University Spokesperson Brian Clark did not confirm the amounts of the top-up cuts when asked by The Herald.

The announcement of the cuts came after GLO and the University agreed on a stipend increase during collective bargaining negotiations last month, bringing the graduate worker base stipend for Fiscal Year 2023 to $42,411.03 and achieving pay parity across disciplines, The Herald previously reported.

According to Kate Clark, in past years, some departments have offered their graduate students yearly “top-up” funds in addition to the base stipend for grads to keep their compensation competitive in their respective fields. GLO claims that the University has forced cuts to funding for top-ups in the computer science and EEPS departments by reducing budget allocations.

The University disputed the claim that individual departments were pressured or forced to cut top-ups.

“There was no directive from University or Graduate School administrators to reduce top-up rates,” Brian Clark wrote in an email to The Herald. “Any enhancements that provide graduate students with additional funding beyond the base stipend rate of $42,412, which is among the highest stipend amounts in the nation, are made purely at the discretion of individual academic departments and based on a department’s own available funds — not any additional budget provided by the University or Graduate School. This has been the case traditionally and remains the case today.”

In addition to protesting, GLO has filed three charges of unfair labor practices with the National Labor Relations Board in response to the top-up cuts, Kate Clark said. In their charges, GLO accused the University of bad-faith bargaining, retaliation against protected activities and illegally tampering with graduate student wages, Kate Clark added.

“The collective bargaining agreement that the Union and the University agreed to in 2020 allows for this flexibility, and stipulates that departments maintain discretion to provide enhancements and that such enhancements are not subject to the grievance or arbitration process,” Brian Clark wrote. “If a department chooses to enhance the base stipend rate for graduate students in their programs, that is the department’s decision and responsibility to fund. The amount of the enhancement and any increase or decrease from year to year is outside of the collective bargaining process and therefore was not discussed in the recent FY23 stipend negotiations.”

GLO disputed the assertion that the changes fall outside the scope of the bargaining process.

“A lot of people were so relieved by the 12.9% effective raise that we won,” Kate Clark said. “After we get a raise like this, people make decisions based on what they’re going to be paid next year.” Due to the decreases in top-up funding, she said, many graduate student workers will have to double back on decisions they made regarding housing, medical bills, debt payment and daily expenses, forcing them to reevaluate their financial situation for the coming year.

The Wednesday rally featured speeches from GLO leadership, graduate student workers in affected departments and an undergraduate supporter. In their speeches and interviews with The Herald, attendees expressed frustration with the top-up cuts.

“I’ve been really moved by the fact that grads all across the University came together this spring to fight for and negotiate for a fair raise,” said Siraj Sindhu GS, GLO’s lead organizer for the social sciences. “I’m outraged that Brown has decided unilaterally to violate the terms of that agreement by cutting the raises of grads in certain departments.”

“These grads are relying on this money,” GLO Vice President Kaitlyn Hajdarovic GS told The Herald. “They made financial plans based on thinking they were getting a 12.9% raise, and Brown needs to stay true to its word.”

“I come from a very poor family,” said Wasiwasi Mgonzo GS, a graduate student worker in the computer science department who said his family relies on him for financial support. “Brown should consider giving back the $3,000 that they have taken from us, because it means a lot to me.”

“I need, and I would appreciate, every dime I’m entitled to,” said Amina Abdallah GS, who is also in the computer science department and depends on her stipend to support her infant child.

“Brown, give us our raise,” she added, to cheers from the crowd. “Please.”

Multiple attendees characterized the cuts as an attack against graduate students.

“As someone who believes in a strong union and protections for our TAs … this strikes me as a really important issue,” Leo McMahon ’23, an undergraduate supporter of GLO, told the Herald. “Brown needs to be forced to come to a reasonable agreement on this.”

The University maintained that stipend rates for graduate student workers were competitive and fair.

“The increase to the base stipend rate that, which now stands at $42,412, emerged from those negotiations makes certain that Brown graduate students will receive among the highest stipend amounts in the country,” Brian Clark wrote. “And even as the few departments that have offered enhancement funding adjusted those awards based on available budget, graduate students in those departments will continue to receive top-up funding, in many cases adding thousands of dollars beyond the base stipend rate.”

“People were given an expectation of funds that were then taken away from them,” said Christopher Jotischky GS, who is in the classics department. “This isn’t just about the money; this is about the University administration lying to us. … They shouldn’t treat us like idiots.” 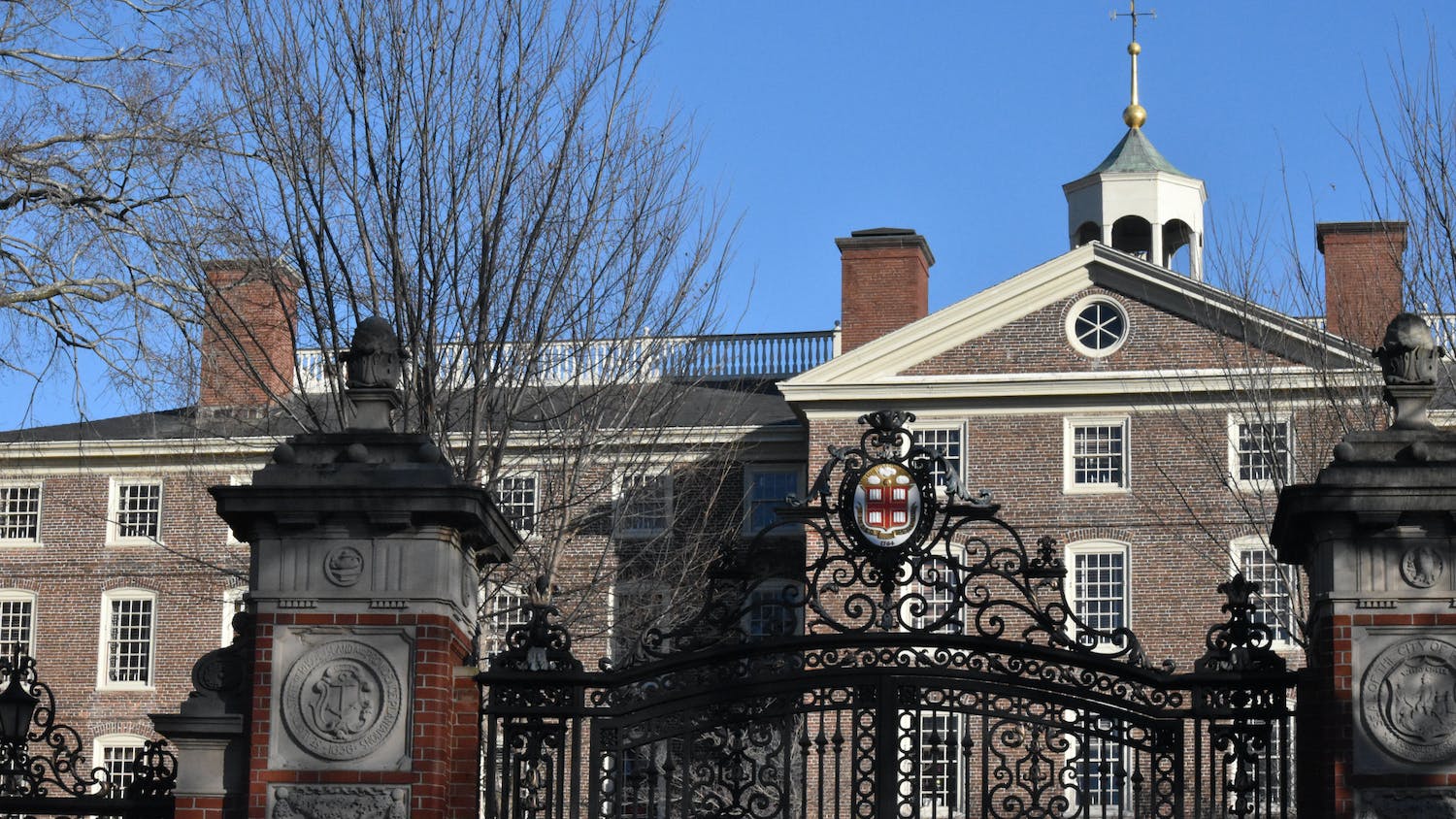