This academic year marked a return to fully occupied on-campus residences for undergraduates after the University’s spring 2020 move to remote learning. But according to multiple employees from the Office of Residential Life, the return to full capacity brought a number of long-standing issues surrounding University residence to light.

All five employees described limitations in residence hall facilities, including a lack of accessible entryways, laundry machines, heating and bathrooms.

According to three RPLs, some dorm rooms lost heating during the winter. RPL Megan Donohue ’22 said that rooms in Hope College, her residence hall, were not being heated despite numerous service requests.

According to the first RPL, referred to as Kate, heating in their dorm building fell below 60 degrees during the early spring semester. This was confirmed by multiple students conducting temperature checks in their rooms.

“That’s how I know that these buildings haven't been renovated,” the anonymous AC said. “It's not supposed to be that way. The reason why it is so difficult to heat (dorms) up is … because they haven’t been fixed in a long time.”

“The place that you live (in) really does affect your overall happiness and feeling of safety,” Donohue said. “It’s on the school to … make sure that (students) can be comfortable in their space.”

According to former AC shaquan harris, these issues stem from the age of the dorms and the campus’s heating structures.

Even after Facilities Management conducts repairs, “because it’s old, (dorm heating) falls back apart and then folks have to come back and do another patch,” harris said. He noted that because of the layout of the campus’s central heating structure, “areas more north of campus will be warmer, and the heat travels throughout the rest of campus. That’s just another old structural thing.”

Two RPLs described limitations in laundry access for their residents. University laundry services are managed by ResLife, according to the Brown Card Services website.

Donohue said that it took over four months to replace a leaky washer, leaving “one washer for 80 people.” Now, there are “still only two washers and two dryers for the whole building.”

The second RPL, referred to here as Tom, said that he too was frustrated when washing machines were not working. In those times, “you've got one working washing machine for a total of 112 people.”

Donohue said that in Hope College, multiple students were unable to find bathrooms that aligned with their gender identity because there is only one bathroom available on each floor. “If the school wanted to make it a priority to build more bathrooms to make everybody comfortable, they could,” Donohue said. “But that's not where the school is allocating funds (to), from what I see.”

The University did not respond to multiple requests for comment on funding.

The anonymous AC noted ResLife does not keep track of bathroom designations, making it challenging to address these needs at an administrative level.

“At the end of the day, the problem was that these halls were built such a long time ago,” they added, noting that many dorms were built when Brown was an all-male college. “That’s the larger structural problem.”

Further, multiple dorms lack accessible entryways and elevators, according to harris. “There are buildings that are just not accessible for folks with differing physical abilities,” they said, adding that many buildings are also located far from academic buildings and dining halls.

“You have Grad Center versus Wellness versus this new Brook Street dorm,” Tom said. “It’s just a huge difference in quality of life. For a university like Brown, it doesn’t make sense to me that a large percentage of our dorms have so many issues.”

“As we discover that there are immediate issues that need to be addressed, that (goes) through the traditional work order system,” Ice said in an interview with The Herald. “Students can do that on their own, or we can assist them in figuring out how to get that in.”

“We have our own facilities operations team within ResLife that is also doing daily checks of buildings,” Ice added. “And when they discover things out of sorts, they’re also reporting it.”

“We acknowledge that we do need a more committed renewal effort in place, and it cannot be only addressing the immediate need or situation that arises,” she said. “And that’s where, since I arrived in September, I have been tasked with thinking about.”

“It is great if all we’re doing is creating accessibility and things of that nature, but can we also think about the common space area and the way our students commune, rather than only focus on renewal?” Ice added. “Can we add some moments of renovation to that?”

Ice acknowledged that internal departmental goals set by ResLife last year “seem very lofty,” adding that now that she has been here a year, she “can get to a place to operationalize specific tasks.”

All five employees interviewed pointed to an unusually high turnover among ResLife employees as a cause of challenges this academic year. Kate noted that employee turnover this past year was 80%, up from a usual 50%. The Office of Residential Life did not respond to multiple requests for comment on this figure.

According to four of the employees, ResLife’s independence from other departments, especially Facilities, was another cause of these challenges.

Tom reported being instructed to file “as many requests as possible” to Facilities when facing issues with residential facilities. “Problems arise when you can’t communicate … between an RPL and Facilities,” he said.

“Imagine, for example, if the counselors who work at (Counseling and Psychological Services) … had to do a tour of every single dorm and sign off on a report saying … from a mental health perspective, this is fine,” they said. “Imagine if the academic deans had to do a tour of the dorms and say, ‘Yup, there’s enough space here for everybody to study and to sleep.’”

Employees were split on whether new ResLife staffing could lead to their concerns being addressed.

“There’s a whole new set of staff at ResLife,” Tom said. “We owe them the benefit of the doubt that they're gonna try to make changes. And I think these are all people that genuinely care about the lives of students.”

However, Kate noted that efforts at changing ResLife operations have been ineffective, adding that new goals set by the office are “abstract.”

Employees were told, “‘We want trust,’ but what does that mean?” Kate said. “We need clear goals.”

“We pay a lot of money to be here, and I think that Brown should give you what you pay for,” she added. “You don't pay to live in a broken dorm, you pay to have everything working so that you can focus on why you're here, which is to study.” 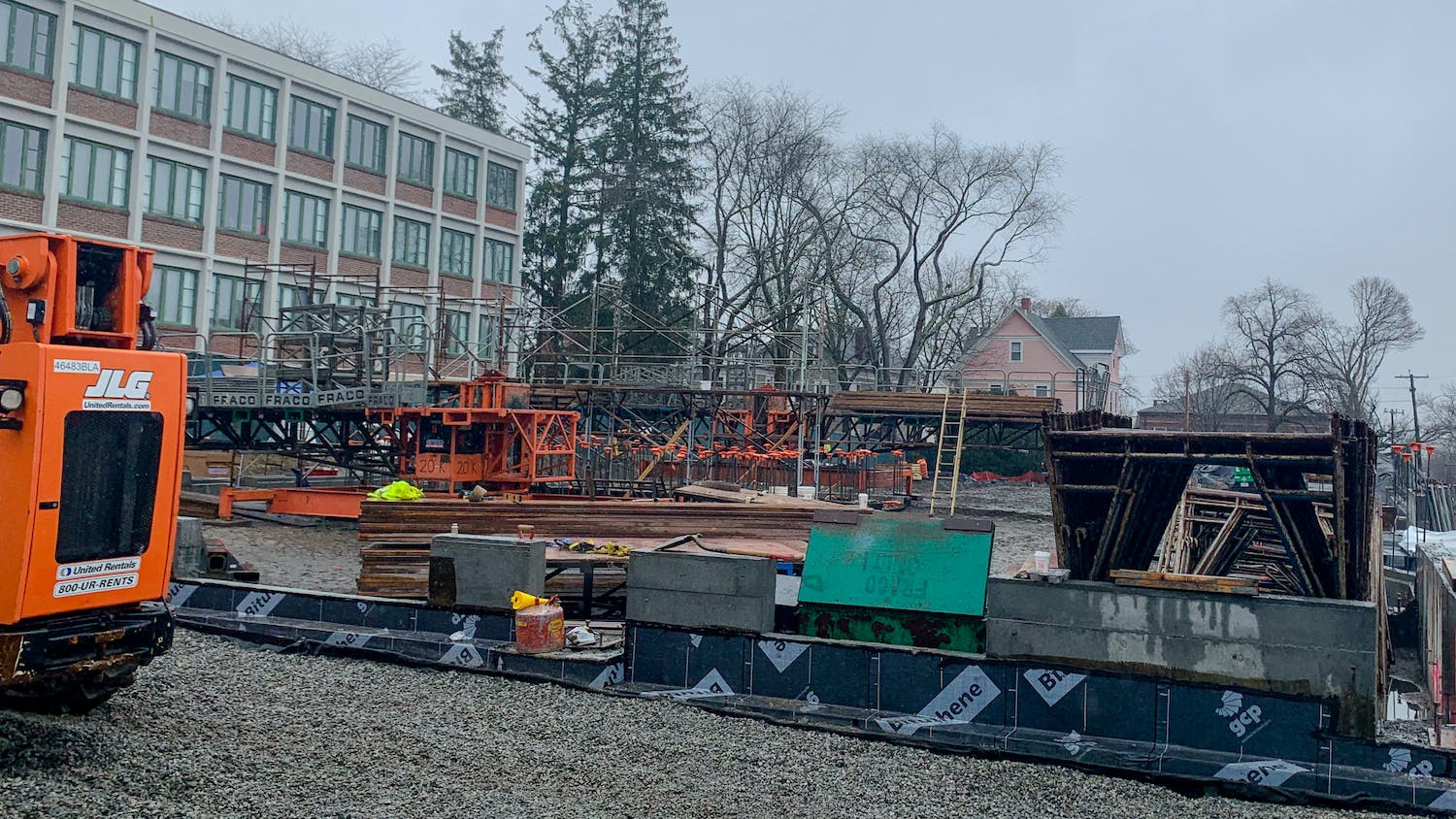 Brook St. dorm construction to be completed by fall 2023 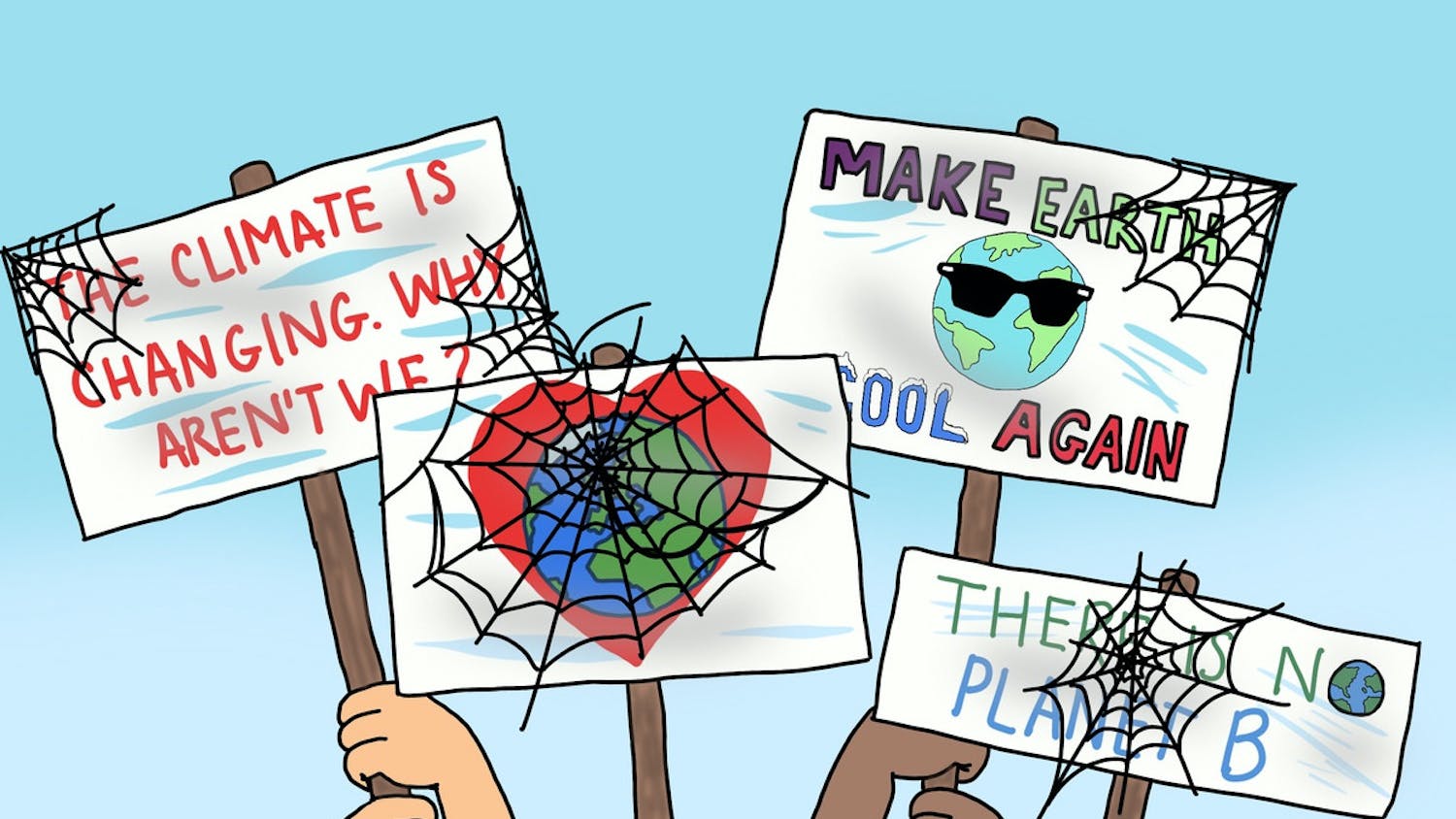