Concentration will be offered through American Studies, courses, faculty will span existing departments

The College Curriculum Council recently approved a new Critical Native American and Indigenous Studies concentration, as announced at the April faculty meeting by Besenia Rodriguez ’00, deputy dean of the College for curriculum and co-curriculum. The concentration will first be offered in fall 2022, according to Rae Gould (Nipmuc), executive director of the Native American and Indigenous Studies Initiative.

As with the existing Ethnic Studies concentration, the new concentration will be offered through the American Studies department. The concentration will focus “on research, teaching and engagement with the social, cultural, artistic, ancestral, heritage, legal and political” experiences of Native American and Indigenous peoples, according to Gould.

The concentration will consist of 10 total course requirements, including one foundations course, four classes related to a student-chosen focus area and a capstone course, according to a concentration outline shared with The Herald by Gould. Students must also take four elective classes that span at least two established “breadth areas” within the concentration, which include “Creative Expressions,” “History, Politics and Policy Issues,” “Language and Identity” and “Systems of Knowledge and Belief.” Those pursuing the concentration will also have the option of completing an honors thesis or project.

The courses that have been approved to fulfill the concentration requirements span several departments and interest areas, Gould said. Engaged faculty members will similarly be drawn from existing departments, though NAISI is currently searching for a professor who will serve as the inaugural faculty director of the initiative, she added.

Rodriguez said she first met with Gould in 2019 after NAISI received a grant to help develop the concentration from the Mellon Foundation, which supports initiatives across the country that aim to strengthen the arts and humanities. In February 2021, NAISI announced the formation of a working group — composed of faculty and students with cross-disciplinary perspectives — that would create a proposal for the concentration, The Herald previously reported.

According to Rodriguez, the CCC Executive Committee went over the initial concentration proposal in fall 2021 and provided feedback to the faculty committee, which led to a revised proposal. The full CCC approved this version in February, though the council is still waiting to approve the new capstone course required of all concentrators.

Gould emphasized that students remain crucial to both the concentration’s mission and development. “The students are a huge part of who we exist for,” she said.

“As I get older and move further away from being in the student generation, I’ve noticed that interests evolve,” Gould added. “It was really helpful to have undergraduate students to provide input” during the concentration’s development process.

Makana Kushi GS, who is a member of the Kanaka Maoli community and NAISI program coordinator, stressed that students have been involved in the initiative’s programming since its inception. NAISI initially came about as a result of students advocating for the University to provide more educational opportunities about Native American and Indigenous peoples, she said.

Kushi added that both Native and non-Native students at the University have been asking for a Critical Native American and Indigenous Studies concentration for a while, citing the fact that current courses that focus on “Native studies … are always filled.”

Many of the students and scholars involved in the concentration’s design are members of Native communities, according to Gould. As the concentration develops, “there are plans to engage with local tribes and possibly beyond,” she added.

Gould believes that the new concentration will be crucial for undergraduate students, specifically “Native American and Indigenous students (who) will be able to engage more deeply with the histories, issues and topics connected to their families, cultures and heritages,” she said, emphasizing the importance of receiving credit for this work.

But the concentration will also benefit non-Native students, who have made up a majority of the student population in Gould’s courses over the years, she added. “Sharing the history and the knowledge about Native peoples builds future generations of leaders that never had that information before.”

For Rodriguez, the new concentration reflects a greater University effort to equip students with the necessary knowledge and resources to address global issues. “It is critical to provide this opportunity for students to engage more deeply in questions of Indigenous history and contemporary sovereignty struggles across the Americas and beyond,” she wrote.

It is also important for students “to be able to understand human rights and social justice issues through the lens of Indigenous rights and struggles,” she added.

“We hope that, through this concentration, Brown can support the education of the next generation of leaders who will be more informed about these topics and contribute to improving the lives and experiences of Indigenous peoples across the globe,” Gould said.

The concentration proposal echoes this idea of “Indigenous-centered knowledge production and engagement with Native and Indigenous communities,” according to Rogriguez, meaning that the work done under the concentration will actively benefit these communities.

Clarification: The language used to identify Rae Gould has been updated. 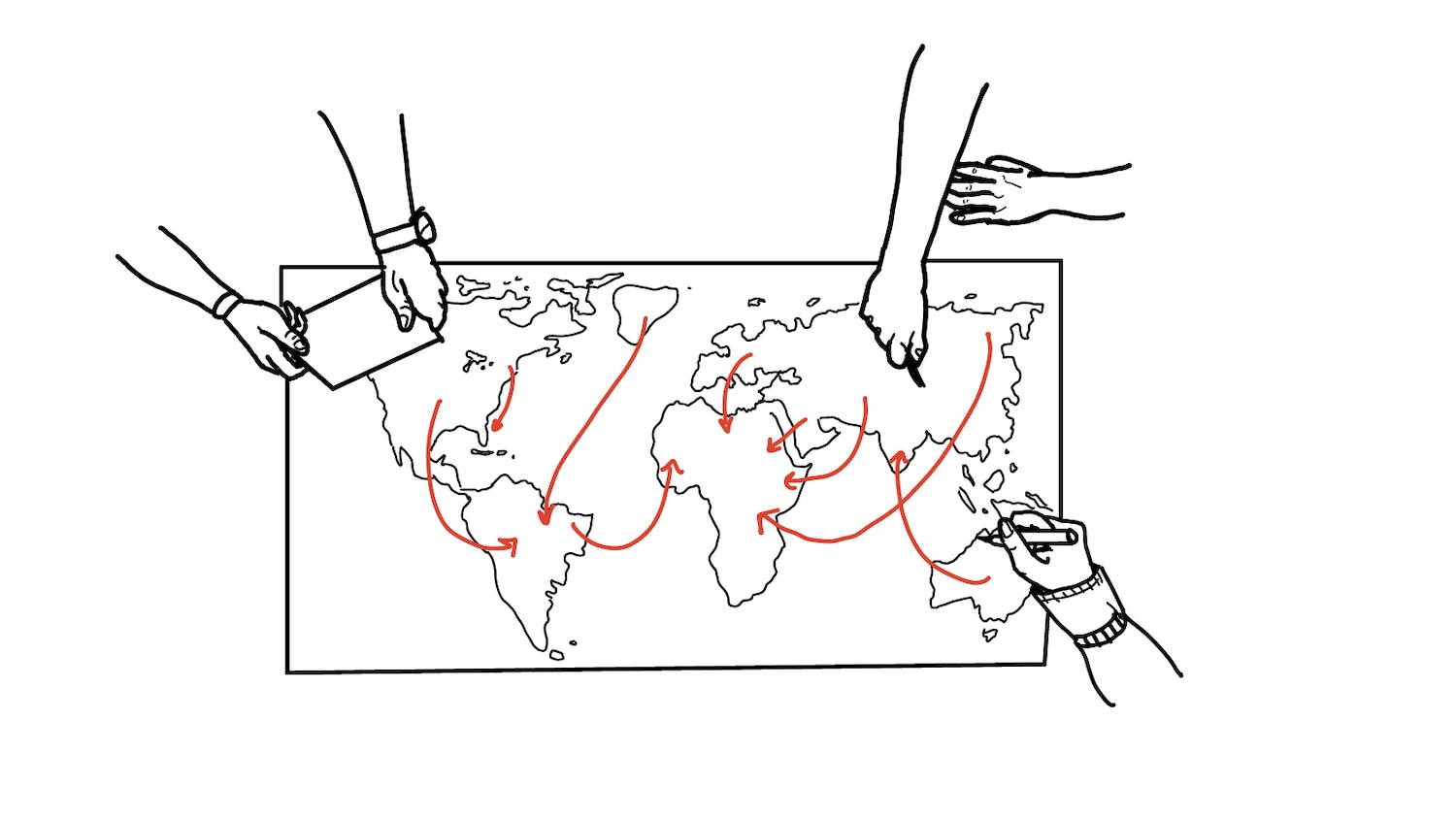