The University’s retirement benefits for faculty and staff are tied to corporations involved in the extraction of fossil fuels, including Chevron, ConocoPhillips and Enbridge. The current selection of benefits offers limited environmentally sustainable options for employees to choose from, faculty members interviewed by The Herald said. All funds with available environmental, social and governance scores (a numerical score that reflects performance on various environmental, social and governance issues) have either average or below average scores. Thus, employees are limited in their ability to select reliably sustainable retirement funds, three faculty members said.

Employees use University contributions to access a number of retirement funds, mostly mutual funds, offered through Fidelity and Teacher Insurance and Annuity Association of America-College Retirement Equities Fund. The University is responsible for determining which carriers to work with and which funds to offer.

Even the TIAA CREF Social Choice Account, which the University presents as a sustainable option, contains investments in Chevron, ConocoPhillips and Enbridge, which is responsible for the controversial Line 3 oil pipeline expansion opposed by Indigenous water protectors and environmental activists.

The University is in the process of selling off its direct investments and managed funds that are involved in fossil fuel-based companies, The Herald previously reported. In a March 4, 2020, community-wide announcement, President Christina Paxson P’19 wrote that the University’s investment practices must be shaped by “the growing recognition that the world must transition away from coal, oil and gas.” She announced a halt on new investments in fossil fuel companies “unless and until they make significant progress in converting themselves into providers of sustainable energy” and shared that the University had sold off 90% of its fossil fuel investments since it began liquidating these funds in October 2017.

Unlike the endowment investments, which are held by the University, employees’ retirement funds are held individually and purchased with University support. But the University still decides which carriers to do business with, and through its retirement offerings, faculty say, continues to indirectly support fossil fuel companies.

Kimberly Almeida, director of University benefits operations, wrote in an email to The Herald that there are many ways employees can choose sustainable investments. “In any defined contribution retirement plan, it is the responsibility of participants to select their own investments in the manner which they believe is in their best interest,” she wrote.

Almeida cited the TIAA Social Choice fund as an example of a sustainable option for employees. “ESG scores, among several other factors, were considered as part of the selection process,” she wrote.

Still, multiple faculty members expressed concerns about the sustainability of their investment options.

Professor of Environmental Studies and Sociology J. Timmons Roberts first became concerned about the environmental sustainability of University-provided benefits “decades ago,” he wrote in an email to The Herald.

The portfolios “support fossil fuel corporations and other major companies which are obstructing adequate actions on climate change,” he wrote.

When asked if he thought the University currently provides employees with adequate access to reliably sustainable portfolios, Roberts wrote, “NO. The Fidelity plans include ZERO socially responsible portfolio choices.”

He recommended that the University add an additional company, such as Parnassus Investments, which takes ESG scores into account when compiling its funds.

Roberts added that there are larger obstacles that need change. “Transparency is a huge barrier,” he wrote. “We need indices or disclosures on the fossil fuel content of our retirement choices.”

Adjunct Lecturer in Environment and Society Cary Krosinsky, who teaches a recurring class on sustainable investment, agreed that there are larger systemic issues at play. “I’m not mad at Brown at all,” Krosinsky said. “It’s just a situation that we find ourselves in.”

TIAA is “really not changing the world with their Social Choice (fund),” he added. “I’ve long been concerned about that.”

The history of the Social Choice fund, Krosinsky said, may help to explain why it’s involved with what he called “dodgy companies.” He said that the shortcomings of the current ESG metric allowed TIAA to effectively greenwash, or promote as environmentally friendly on the surface, the Social Choice fund.

“It was intended to be a low-cost ‘ESG’ fund, but without really any attempt to connect investment dollars with impacts,” he said.

“It’s just taking some negative data on companies and screening out a small handful” of the most egregious companies, he added. “You don’t get much impact if that’s all you do. The fact that a fund like that might end up with a few companies that make you scratch your head is an indication of a suboptimal scenario.”

E-Soo Kim, a member of the corporate communications team at Nuveen, which is a global investment manager of TIAA, wrote in an email to The Herald that in selecting companies to include in the Social Choice fund, TIAA “favors” companies with higher ESG performance relative to the rest of their respective industries.

Companies included in TIAA’s portfolios, such as Chevron, ConocoPhillips and Enbridge, Kim added, have made steps toward decarbonization and reduction of emissions.

Some “industries that are labeled generically as ‘ESG unfriendly,’” Kim wrote, “may be an important part of holistic, market-wide transformation and achieving at-scale environmental and social outcomes.”

Krosinsky agreed that the sustainability of a fund cannot necessarily be determined by its specific holdings. “In theory, you could own companies to try to help them change for the better,” he said. But the actions of the companies in the Social Choice fund, he said, are “reasonable evidence that there might be a problem,” and that the investments carriers do not seem to be pushing for greater sustainability.

Kim noted that Chevron “recently committed to net-zero operational emissions by 2050” and that she does not “believe this progress would have been made without the active, ESG-focused ownership of Nuveen and other shareholders.”

When asked what individual universities could do to improve retirement benefits’ sustainability, Krosinsky said, “You could ask (TIAA) to do better, which they should … or you could look around for alternatives and actually compare them and pick a better option if TIAA-CREF doesn’t do what you want.”

“These Self Directed Brokerage Accounts offered essentially allow participants to access the universe of mutual funds,” she wrote. “Participants can select from a wide array of socially responsible/ESG choices to meet their needs, as they choose.”

But Krosinsky said that his “experience is that faculty … have no idea how to connect their investments to these issues. They don’t feel like they’re experts in investing, let alone (knowing) how to connect investing to the environment … They care, but they don’t know what to do.”

A faculty member with past experience in investment banking and socially responsible investing also raised concerns that building a custom retirement fund is perhaps outside the skill set of the average employee. He asked to remain anonymous due to fear of professional repercussions.

“The (Fidelity BrokerageLink option) is for more experienced investors,” he said. “That becomes really, really complicated … if you don’t have (the necessary information).”

The faculty member said that he finds the “very, very limited” options offered by the University concerning. “I want a healthy Earth and a healthy environment, but I’m investing in these companies that are ruining it.”

Much of the problem, he added, lies with the brokerage firms themselves and the finance industry’s reluctance to include climate change risks in conventional risk assessments.

Transparency is also a key concern, the faculty member said. “Some funds will disclose (ESG scores), but the bigger companies, like Fidelity, don’t even include that information,” he said. “There is no data.”

Toward greater transparency and sustainability

Ultimately, regulation is necessary to ensure transparency, the faculty member said, as many firms are hesitant about disclosing the ESG scores of their portfolio holdings. “We really need to push to pass legislation requiring full disclosure.”

He mentioned the Climate Risk Disclosure Act of 2021, sponsored by Sen. Elizabeth Warren, D-M.A., and Rep. Sean Casten, D-I.L., which would require every public company to disclose its greenhouse gas emissions, its fossil-fuel related assets and any risks that climate change may pose to the company. If the bill becomes law, the faculty member wrote in an email to The Herald, “then everyone will see how their retirement savings and investments are impacting climate change.”

“For Brown’s retirement accounts, it won’t be pretty,” he wrote, “but hopefully disclosure will encourage more responsible investing by faculty and staff.”

The bill passed the House Financial Services Committee in May and is awaiting a vote in the House and Senate.

He added that he hopes the University will put pressure on the brokerage firms it uses to release more information on sustainability. “Brown University is small … but it could be a great first step to influence other colleges and other universities, other workplaces,” he said.

“This is an opportunity to take a step and be a leader in the field,” he said, “to open this dialogue and demand more information, more data.”

Editors' note: Due to a technical error, an outdated version of this article was published online and in print containing an incorrect characterization of the selection of benefits available to employees. 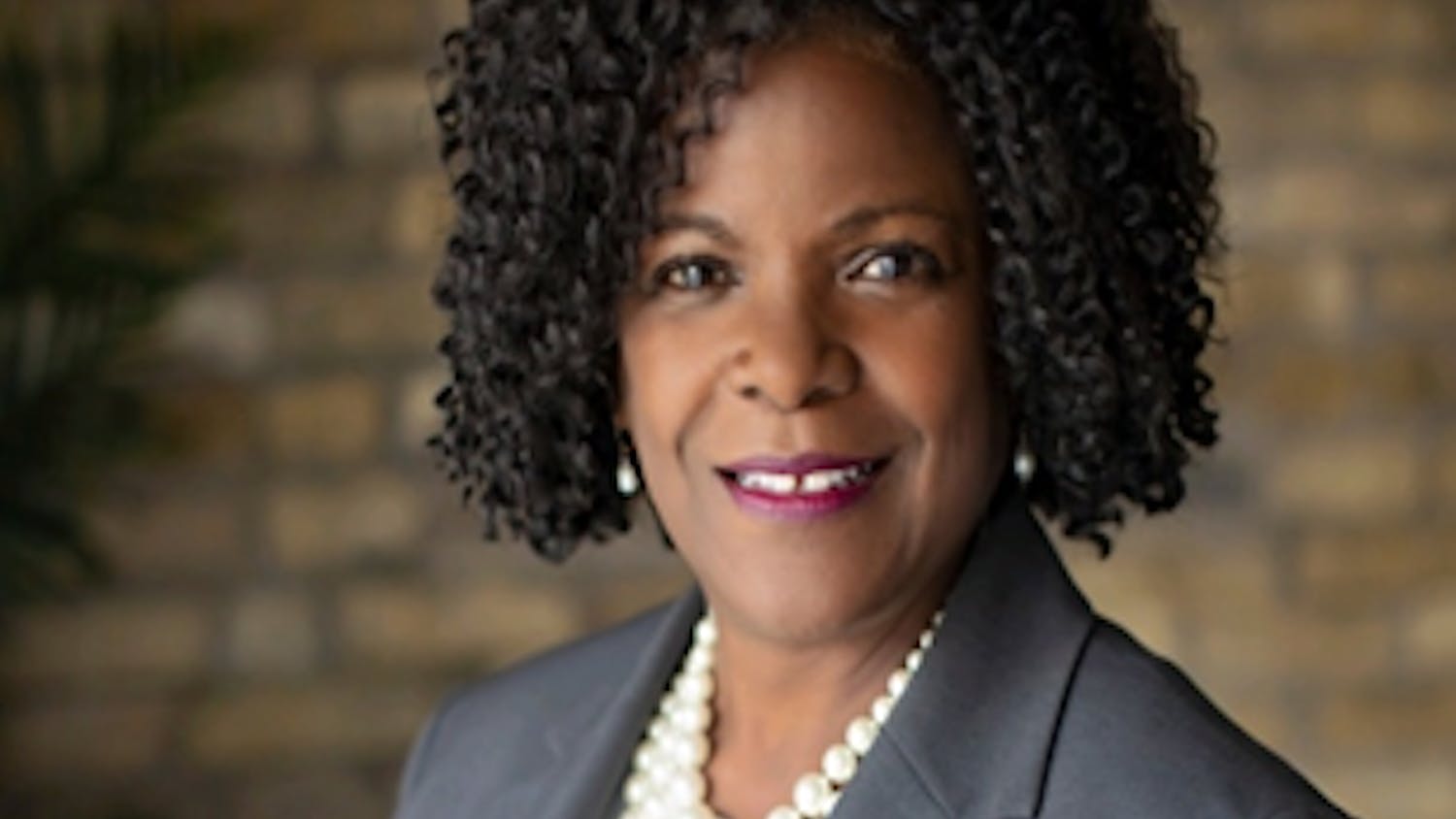 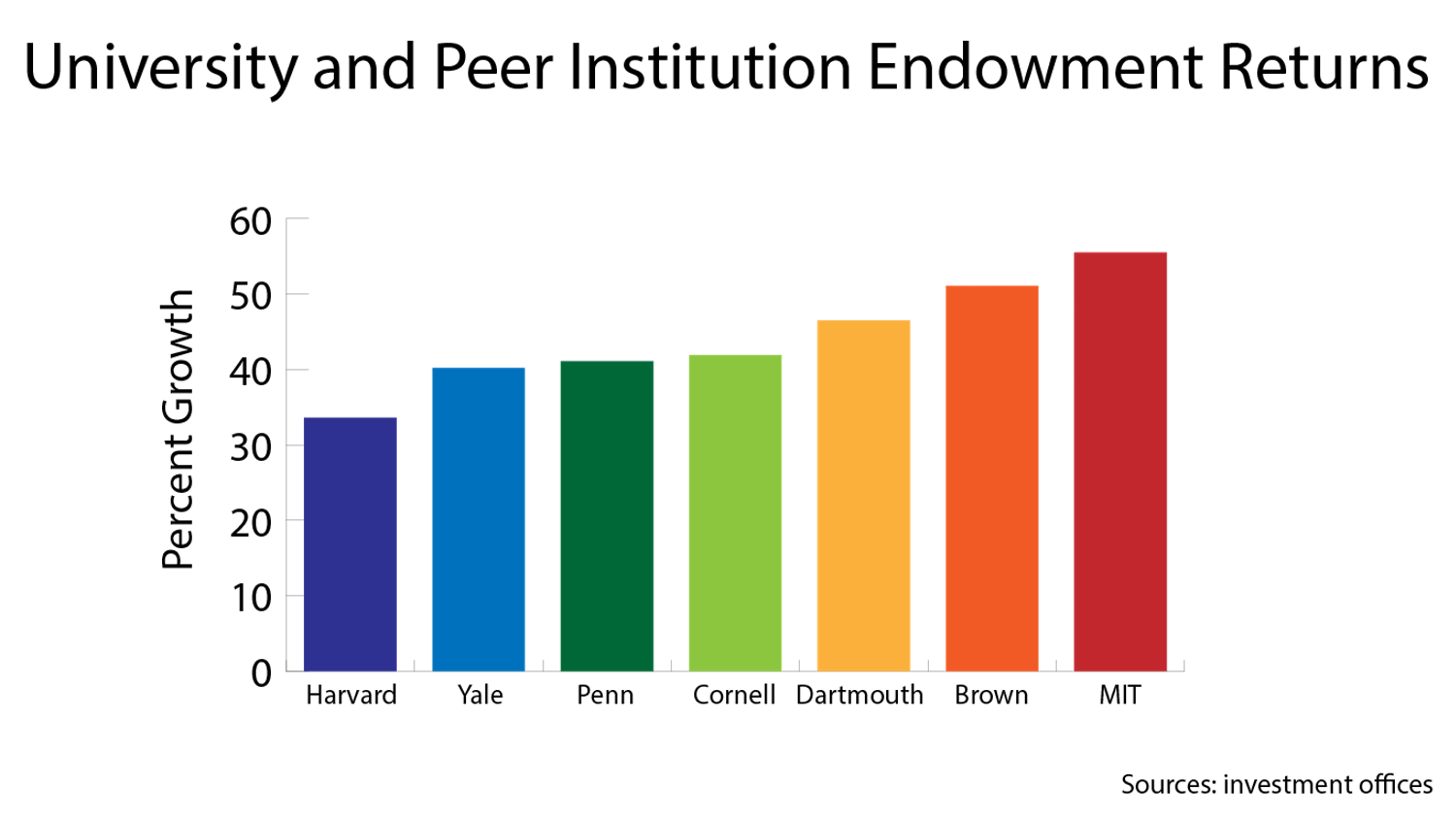