A new residential student position called Community Coordinator will replace aspects of the current Residential Peer Leader system moving forward, according to a Jan. 19 Today@Brown announcement. The University will also introduce new and altered identity-focused roles that are housed under identity centers on campus.

CCs will “serve as role models and leaders among their peers, creating vibrant, engaging and respectful residential communities as an essential component of students’ educational experience,” according to the announcement. The role will come with an increased stipend of more than $10,000 annually.

Currently, the Residential Peer Leader program encompasses four student staff roles. These include Community Associates, Minority Peer Counselors, Residential Peer Counselors and Women’s Peer Counselors. All of the RPL roles share the same main responsibilities, with the central focus being to serve as “supportive, more experienced peers available for individual students to consult and … (organize) social programs,” according to an information sheet provided to The Herald by the University.

“In that reorganization were a series of reports and conversations that took place that said we can be doing things differently to support our residential students,” Ice said.

During fall 2021, ResLife and Campus Life Engagement staff also undertook a collaborative effort to better understand “what responsibilities are necessary and appropriate for student staff to perform,” according to the information sheet. Out of the collaboration came the creation of the CC role to replace CAs and RPCs — in addition to changes to the WPC and MPC roles.

“We want to move this role from a transactional operation to a transformative one,” Ice said. “Many students treat our housing as just a place to rest their head. We want (students) to understand this can feel like a home away from home.”

The group that discussed the future of the RPL position ultimately called for the stipend to increase, Ice said, after they looked at similar residential life roles at other Ivy League and peer institutions and their pay.

“This dollar amount that we’ve come up with we think is significant enough but also aligns more appropriately with what we’re seeing nationally and given what we’re asking students to do in this particular role,” Ice added.

Delaney Dill ’24, an RPL in Chapin House, said she first heard of the new CC role during an RPL training session.

Ice “came on and just told us a little bit more about the position, and I was really excited because I feel like she has a really good vision for it,” Dill said.

Sofia Funk ’24, who currently works as an RPL in New Pembroke, wrote in an email to The Herald that the increased stipend is a “necessary step” but that it’s not enough compensation for how much commitment the role of CC entails.

“It’s definitely more money than (residential advisors) at some other institutions receive, but the role is intense,” she said.

ResLife is also changing its identity-focused roles, said Felicia Salinas-Moniz, director of the Sarah Doyle Center for Women and Gender Studies, which will oversee one of these newly restructured roles.

“We are updating the name to really reflect our approach to gender to be much more encompassing and exploratory around how we talk about gender and also to show the shift in collaboration between Sarah Doyle Center and the LGBTQ center,” Salinas-Moniz said.

The MPC role will now be overseen by the Brown Center for Students of Color.

“The evolution of this role allows for the MPCs to work with the Third World Transition Program,” said Vincent Harris, associate dean and director of the Brown Center for Students of Color.

The TWTP is a multi-day orientation program that includes workshops that “center the student of color experience.”

ResLife will continue to have a role in overseeing all three positions.

Currently, ResLife employs around 125 RPLs, according to Ice. ResLife, she said, is confident that there will be increased demand to apply for the CC role.

“We believe that there is an interest (among students) in serving as a peer mentor,” Ice said. “I think the way in which we have crafted the position, coupled with the fact (that) we have increased our overall staffing resources so that students moving into this role don’t feel overtaxed, will be very appealing.”

Ice also emphasized that serving as a peer mentor helps students gain transferable skills and noted that the new stipend will also increase accessibility to the role for students who may not have considered it before.

Dill said she is considering applying for the CC role for next year even though being both a student athlete on the women’s rugby team and an RPL is “challenging,” despite the role’s flexibility.

Funk said she is not applying for the CC role.

“While I mostly enjoy my role as (an) RPL, I was struggling with the expectation that the role should be my number one priority aside from academics,” she said.

A job description for the CC role on the ResLife website says that CCs should not make commitments to other jobs or activities before consulting with their supervisor.

With the introduction of these new roles, Ice said she encourages students to give feedback on what is working well and what could be improved.

“We have always found a way to create an open feedback loop,” she added. “I want to hear from students.” 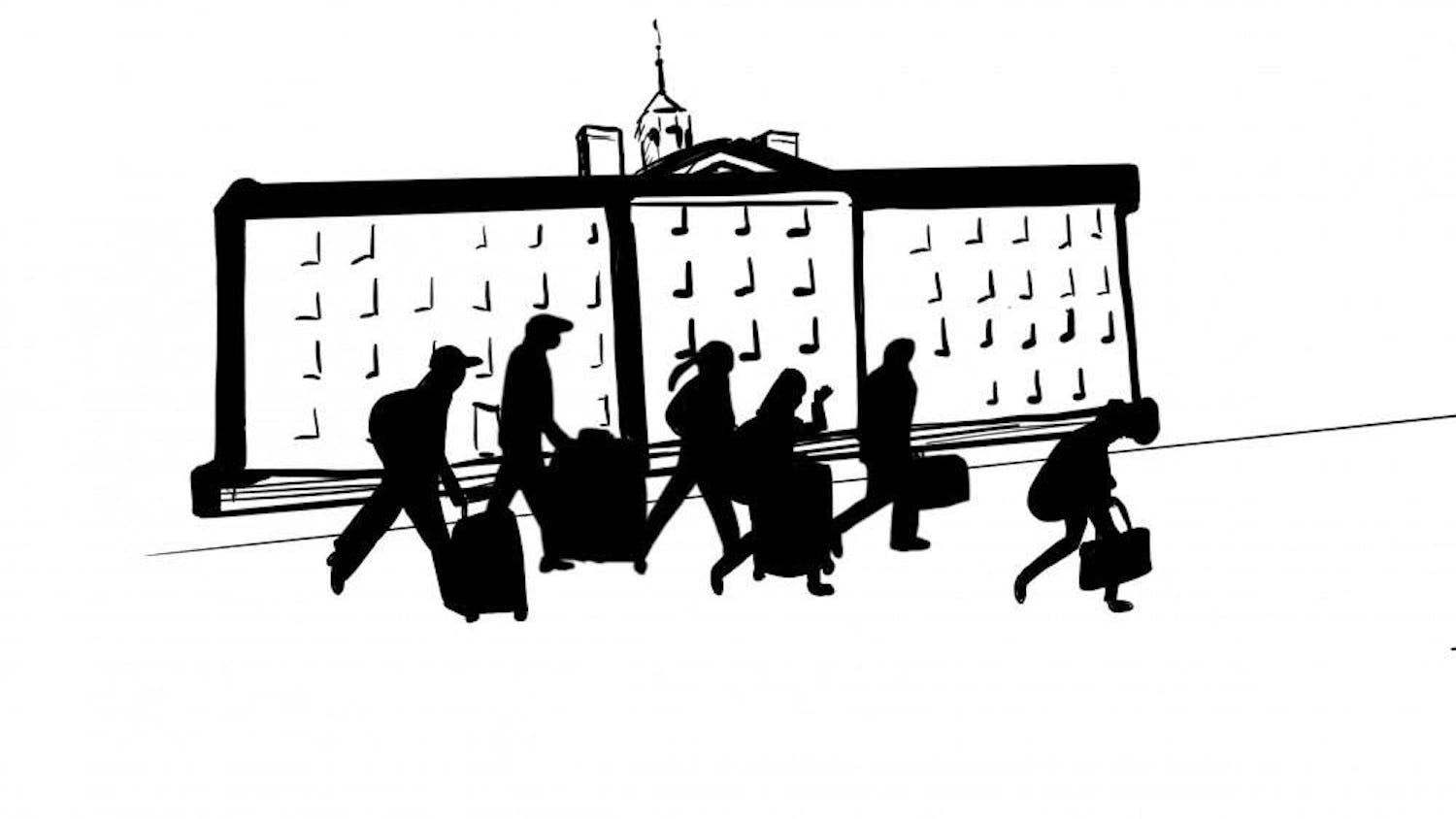