Three legal scholars and reproductive justice leaders discussed the negative implications of the Dobbs v. Jackson Supreme Court decision — which overturned the constitutional right to abortion this June — during a panel titled “Reproductive Justice after Roe v. Wade” hosted by the Pembroke Center for Teaching and Research on Women Thursday afternoon.

Howell began the panel by citing the historically disproportionate impact abortion restrictions have had on Black women, pointing to the Hyde Amendment, which restricts the use of federal funds on abortion services.

According to Howell, historic discussions about reproductive justice, often led by white women, focused entirely on “accessing abortion (and) always having the right to abortion.”

But the Hyde amendment ruled that Medicaid beneficiaries, largely Black women, would not be able to use their insurance to pay for abortion care, Howell said.

Howell reflected on the importance of basing political activism in visual imagery, pointing to the civil rights movement as an example.

Northup noted that the term “reproductive rights” is more than “a euphemism for abortion rights.” Rather, the term includes a range of reproductive health issues such as protection against forced sterilization as well as access to pregnancy healthcare, contraception and assisted reproduction care, she said.

Northup called on students to engage in political activism, reminding students that the “state capital is in walking distance” of campus.

A lawyer by training, Northup recounted a legal history of abortion access in the United States, beginning with the landmark Roe v. Wade decision, which established a constitutional right to abortion, followed by Planned Parenthood v. Casey.

Following Roe, states issued a number of legal restrictions on abortion, Northup said. These included limitations on which professionals can perform abortions, restrictions on accessing abortion pills and regulations on how doctors could discuss abortion with their patients.

Northup criticized the Dobbs decision for its legal reasoning, saying that it is “really important for people to keep in their heads that the decision is wrong.”

Over the past 50 years, the Roe decision helped establish “the legitimacy of same-sex relationships, same-sex marriage,” she said. “All of this is within the realm of family and personal liberty. … Justice Thomas makes it clear in his concurring opinion (in Dobbs) … that the Supreme Court should get rid of all of that.”

The decision is “out of step with a global trend to liberalize abortion laws,” Northup said. “In the last 30 years, 60 countries have liberalized their abortion laws, and abortion has been situated and understood as a gender equality issue, not just a liberty issue. We want to discuss what we’re (going to) do about that.”

Ikemoto concluded the roundtable by discussing the effects of political rhetoric on upholding anti-abortion sentiment. She first referenced a statement from a far-right Christian conservative speaker on the question of abortions to protect the life of a mother.

She paraphrased his response: “Well, a mother’s role is to self-sacrifice, right?”

Ikemoto said that notions of motherly sacrifice, as well as narratives surrounding “family values” and the “unborn child” create a perception that the law has to “step in and protect (mothers) from themselves.”

Ikemoto then explained that, while abortion access is often viewed as a red-versus-blue-state issue, residents of progressive states also face abortion restrictions. For example, California contains multiple “abortion deserts” with “one-hospital towns,” some of which are religiously affiliated and do not offer abortion services, she said.

Concluding the panel, Ikemoto called on audience members to engage with a variety of social justice issues, underscoring that reproductive rights are inextricable from a variety of other rights.

Issues such as voting rights and reproductive rights intersect, so “you have to think about how all of this fits together,” she said. “All of these roles you take to address these (issues) as an advocate in any form will help.”

Leela Gandhi and Wendy Lee, director and associate director of the Pembroke Center, respectively, told The Herald that the event reflects the Center’s aim to offer more community events.

“Trying to have more public-facing programming is very grounded in the mission statement of Pembroke,” Lee said.

“We’re trying to combine very speculative critique with public-facing programming” and “thinking about theory in the present,” Gandhi added.

Neil Mehta is a University News section editor covering Institutional Equity and Student Affinity at The Brown Daily Herald. He also serves as the 133rd Editorial Board's design chief. He is a sophomore from Stony Brook, NY studying public health. Outside the office, you can find Neil baking, reading YA fiction and playing Tetris. 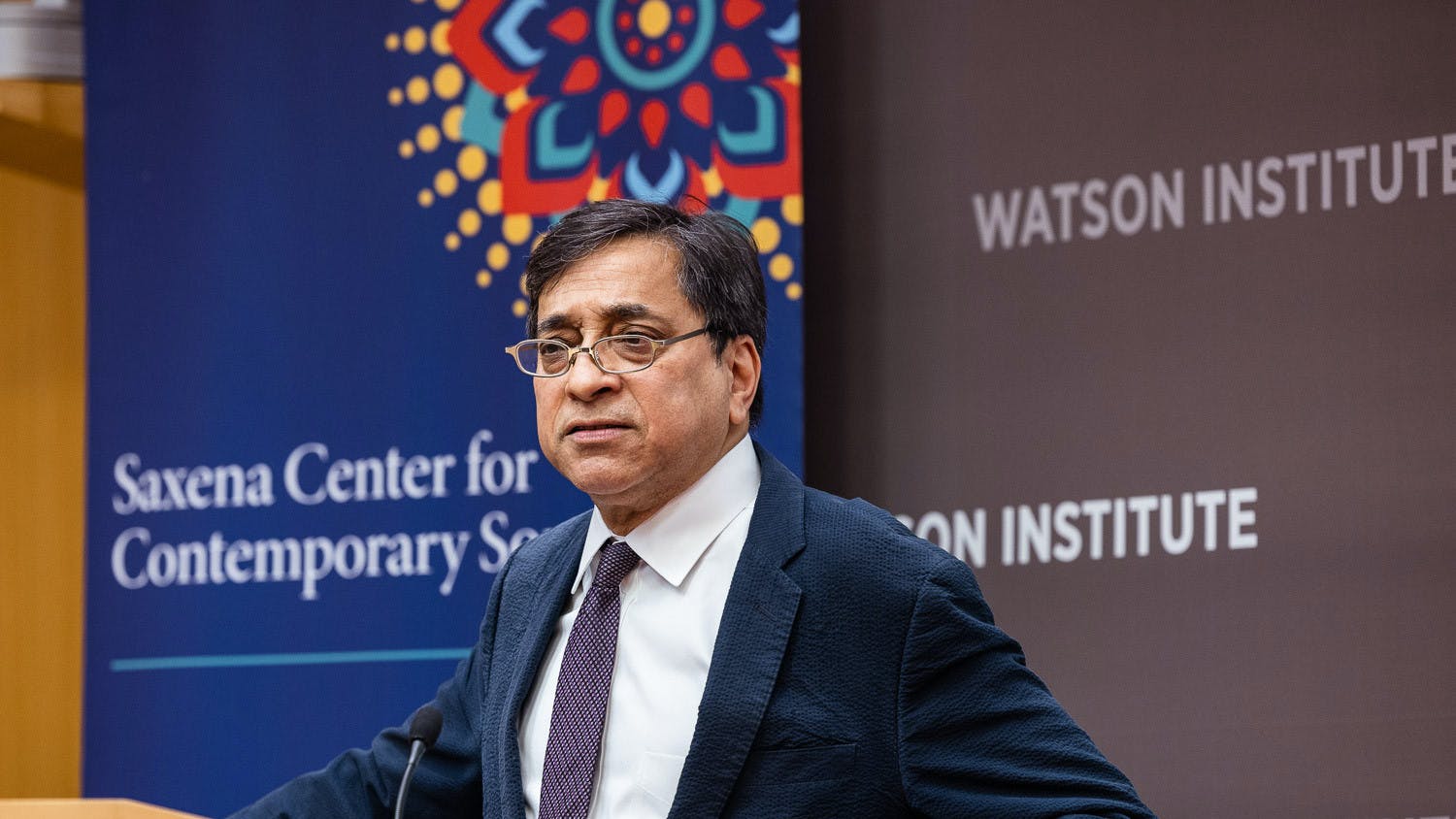 ‘You’re not as alone as you feel’: Former, current students share experiences with abortion